Explore the sunny south of Spain

Andalusia is a large autonomous region of hills, rivers and farmland bordering Spain’s southern coast. It was under Moorish rule from the 8th-15th centuries, a legacy that shows in its architecture, including such landmarks as the Alcázar castle in Seville, the capital city, as well as Córdoba’s Mezquita Mosque-Cathedral and Granada’s Alhambra palace. 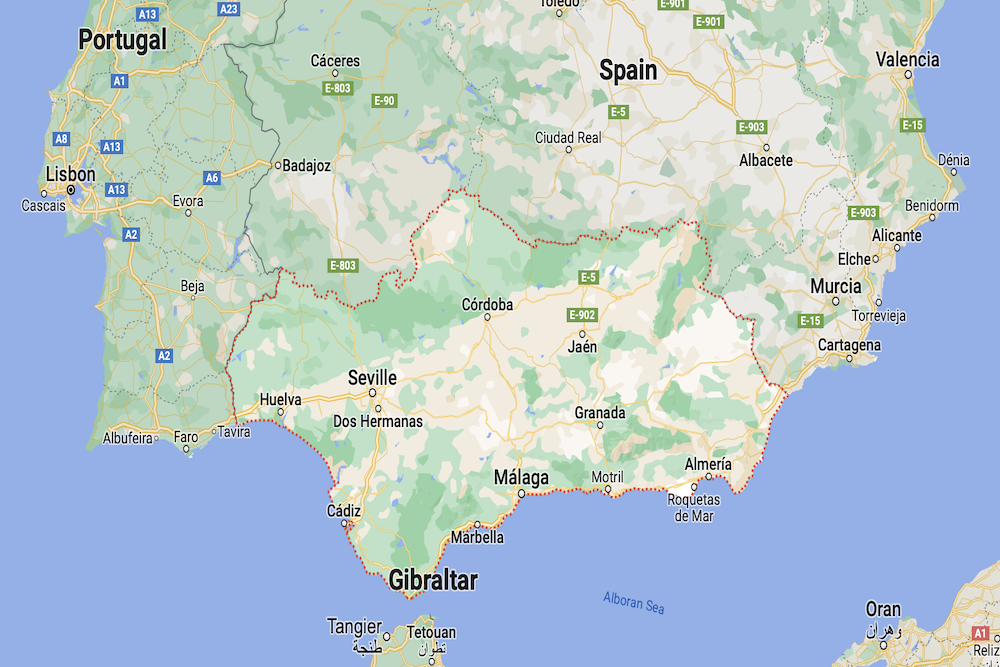 EXPLORE A FURTHER 6 DELIGHTFUL DESTINATIONS IN ANDALUSIA WITH US: 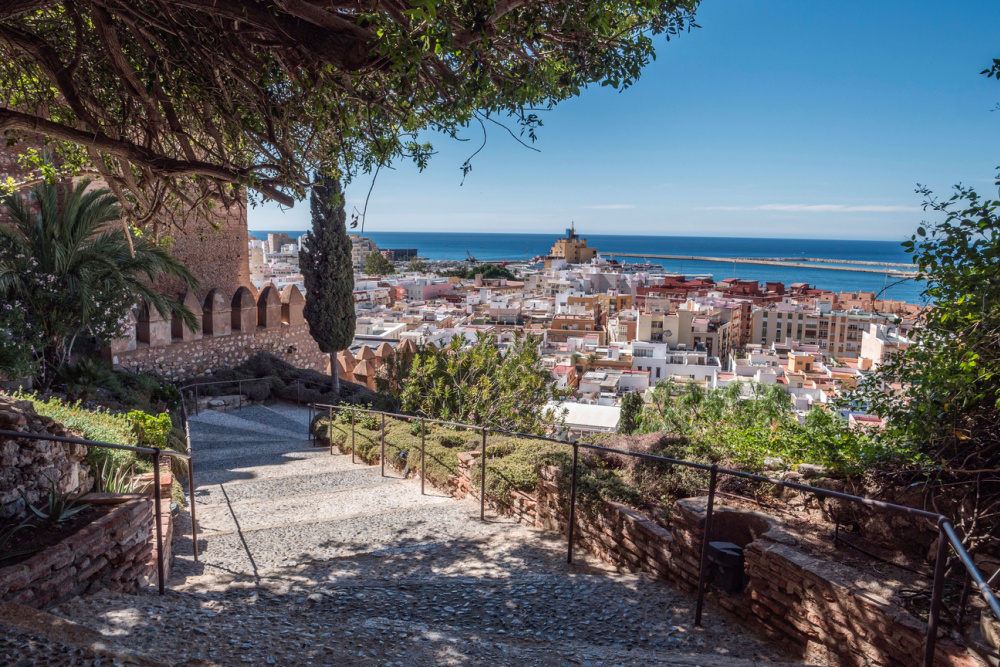 Almería is a city in southeast Spain where the Alcazaba, an imposing Moorish fortress, overlooks the city. Caliph Abd al-Rahman III founded the city in 955. The city grew wealthy during the Islamic era, becoming a world city throughout the 11th and 12th centuries.  It enjoyed an active port that traded silk, oil and raisins. The area is renowned for its gorgeous beaches, most of which are completely unspoilt, despite their popularity. 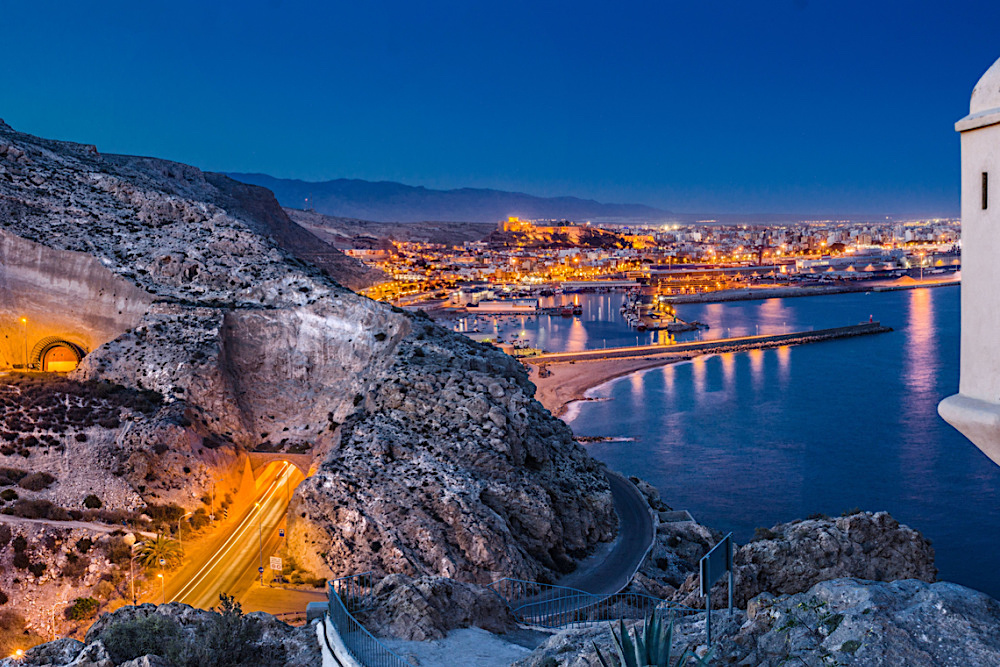 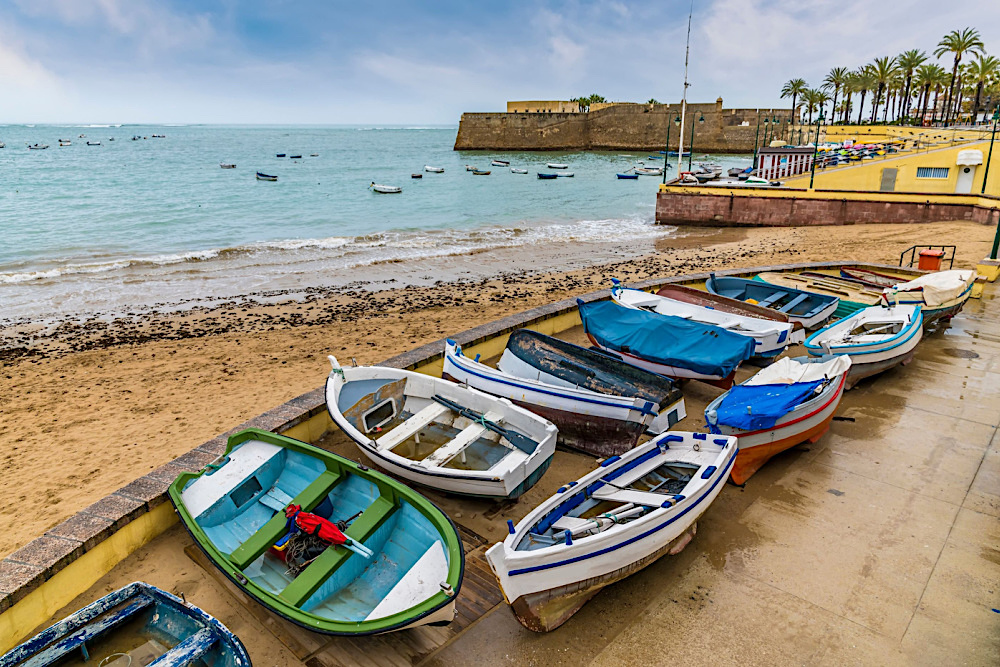 Cádiz is an ancient port city and the home of the Spanish Navy. It has more than 100 watchtowers, including the iconic Torre Tavira, which was traditionally used for spotting ships. Cádiz, one of the oldest continuously inhabited cities in Western Europe, was founded by the Phoenicians. In the 18th century, the Port in the Bay of Cádiz consolidated as the main harbour of mainland Spain, enjoying the virtual monopoly of trade with the Americas until 1778. 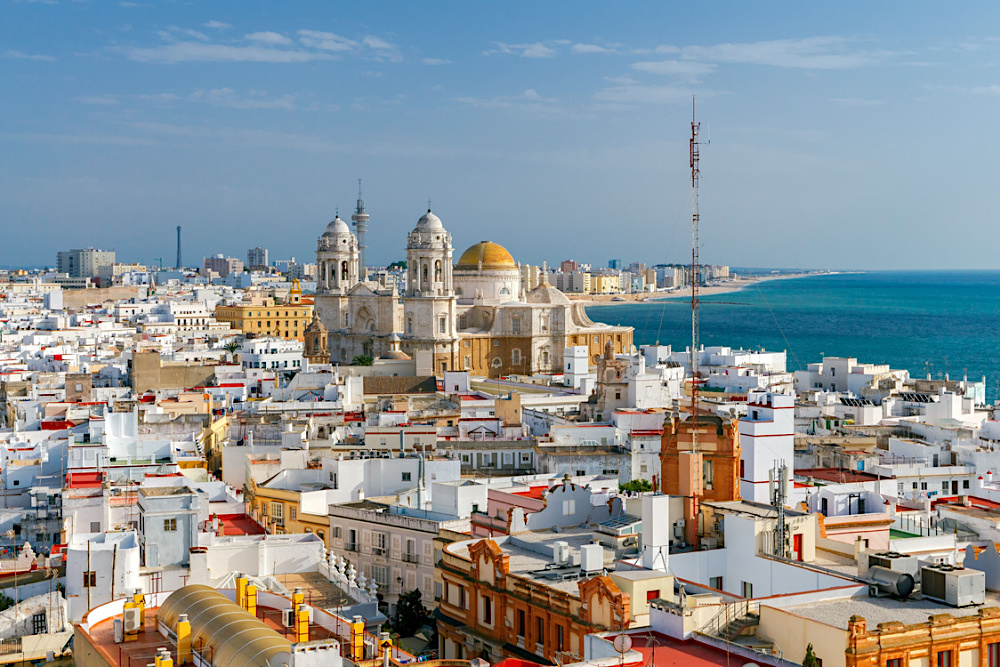 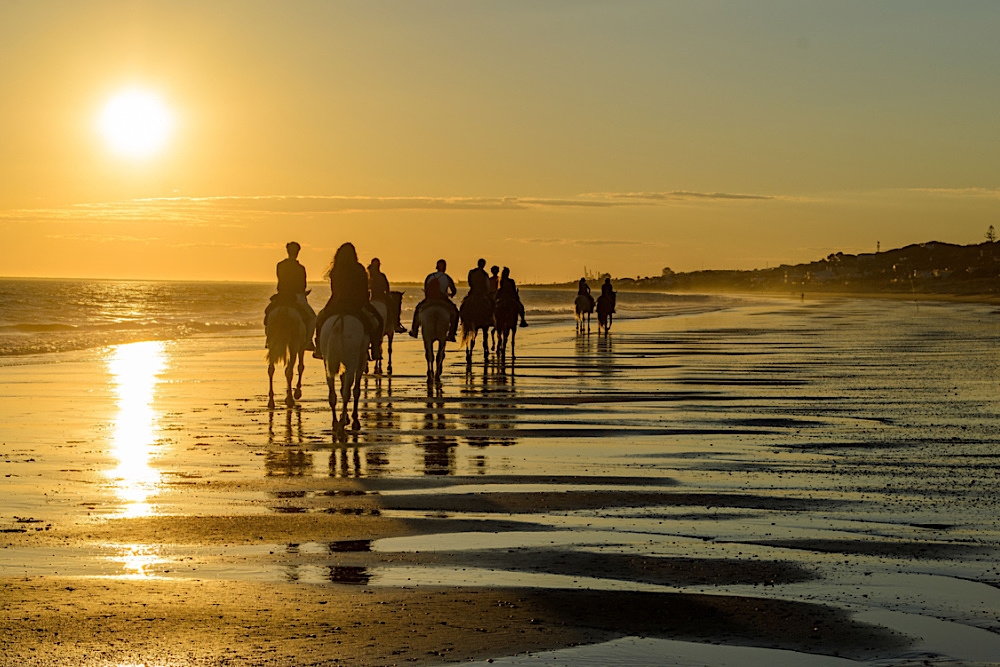 Huelva province is home to the famous Iberico ham and the starting point for the journeys of the  explorer Christopher Columbus. You will find stunning beaches, historic sites, national parks, green forests, a mountain range and picturesque, white villages. Huelva is a port city in at the mouth of the Odiel and Tinto rivers. A statue of Christopher Columbus overlooks the palm-flanked square of Plaza de las Monjas. 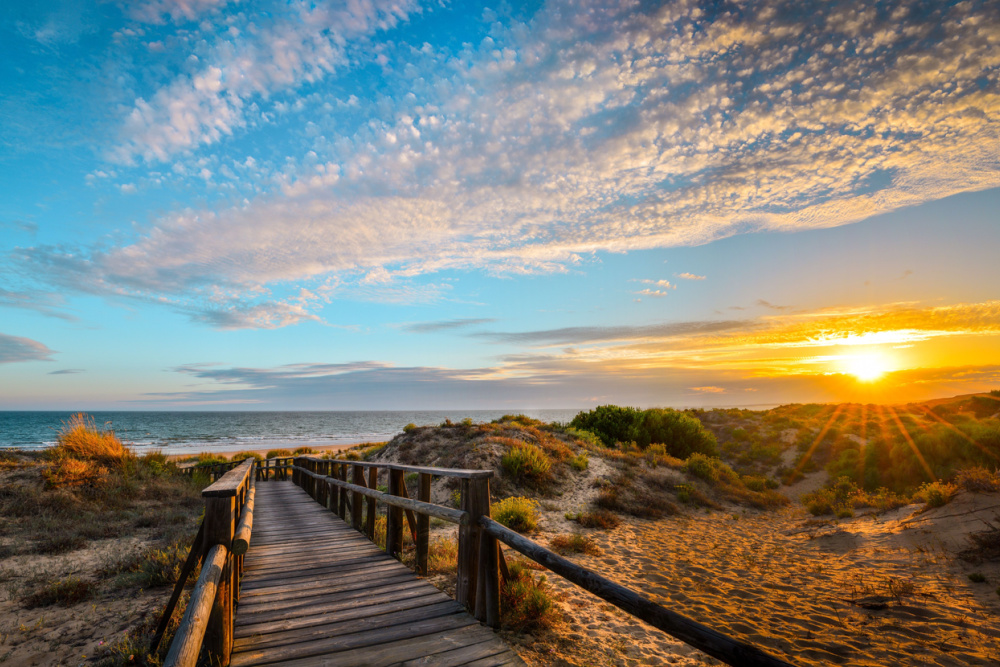 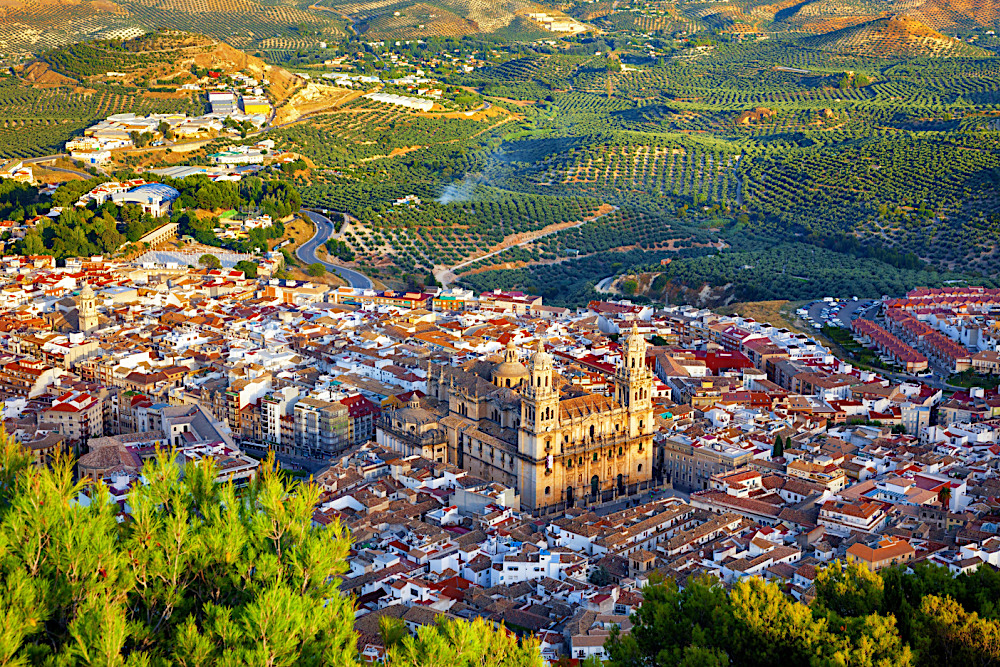 The city of Jaén is the administrative and industrial centre for the province. The layout of Jaén is determined by its position in the hills of the Santa Catalina mountains, with steep, narrow streets, in the historical central city district. The city is famous for its olive oil production and for its fortresses, including medieval Santa Catalina Castle. 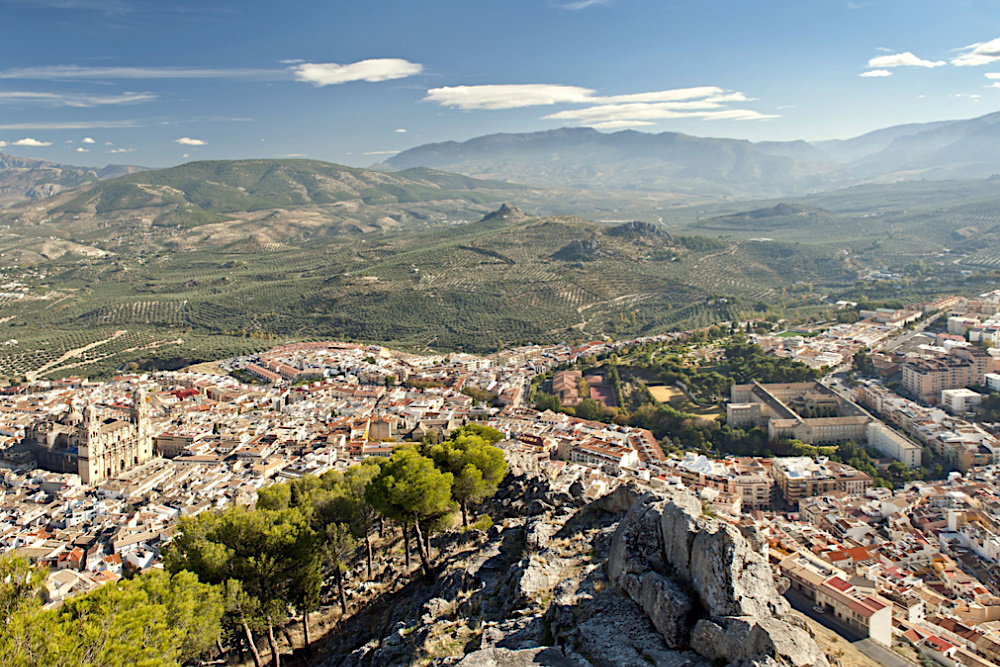 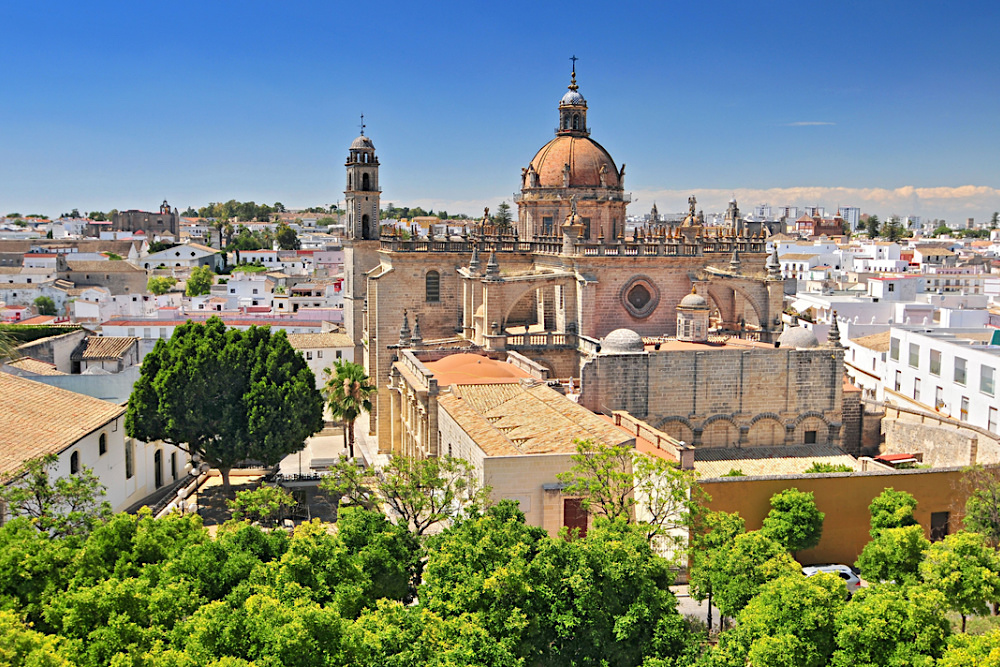 The old quarter of Jerez  surrounds the Alcázar de Jerez, a Moorish fortress founded in the 11th century. The Royal Andalusian School of Equestrian Art is a famed riding school with horse shows and a carriage museum. The city is also known for flamenco music and sherry production in the so-called Sherry Triangle lying to the west. Jerez has a reputation as the world capital of sherry wine. Jerez has been a centre of viniculture since the Phoenicians introduced winemaking to Spain in 1100 BC. 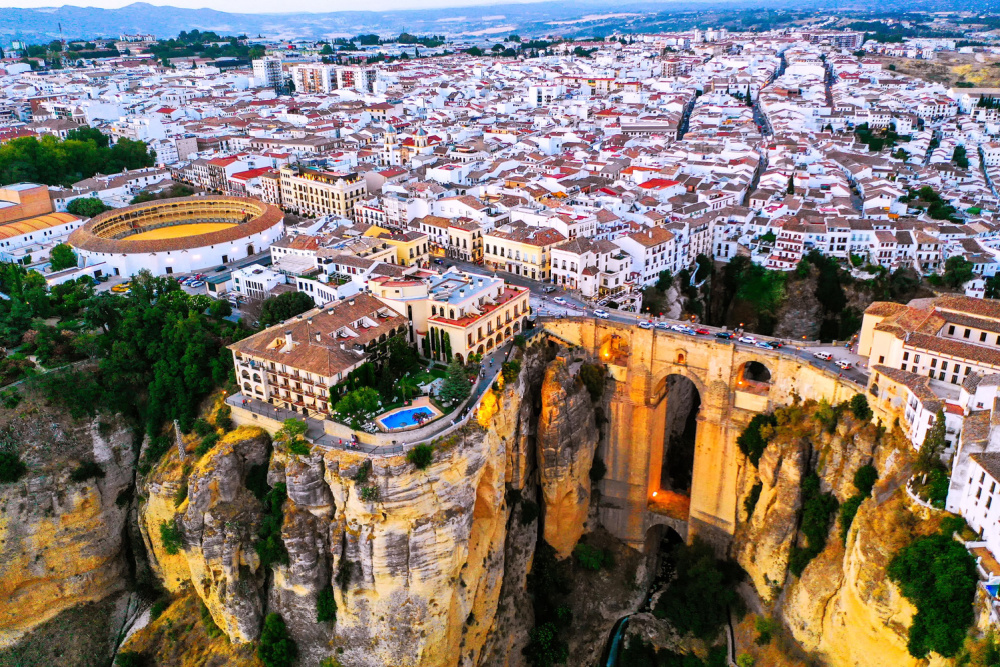 Ronda is a mountaintop city in Spain’s Malaga province that’s set dramatically above a 100 metre deep gorge. This gorge (El Tajo) separates the city’s circa-15th-century new town from its old town, dating to Moorish rule. Puente Nuevo, a stone bridge spanning the gorge, has a lookout offering spectacular views. New town’s Plaza de Toros, a legendary 18th-century bullring, is one of the city’s most recognisable landmarks. 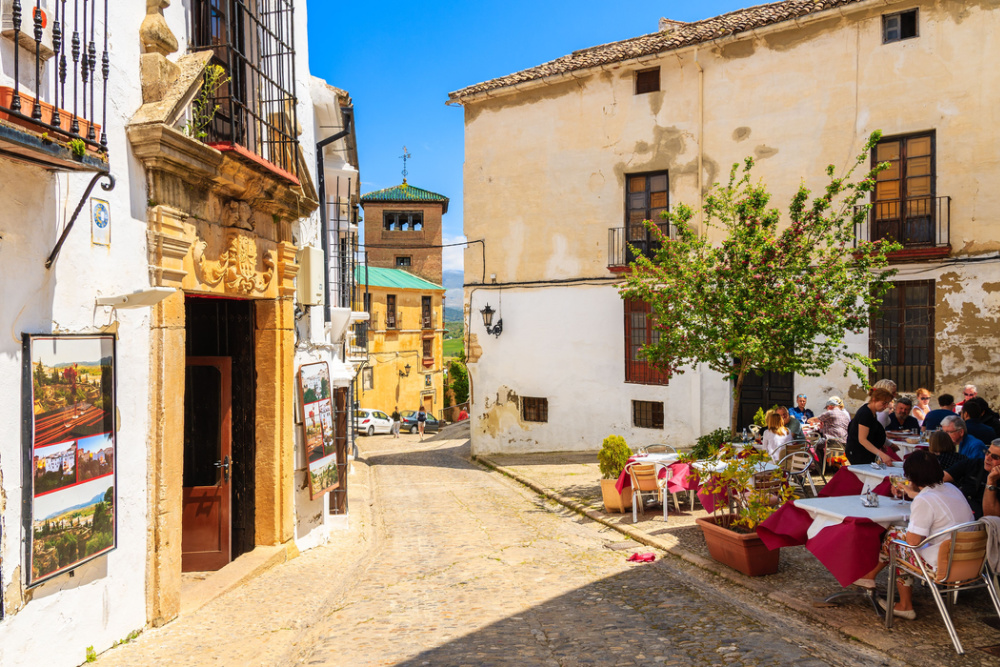 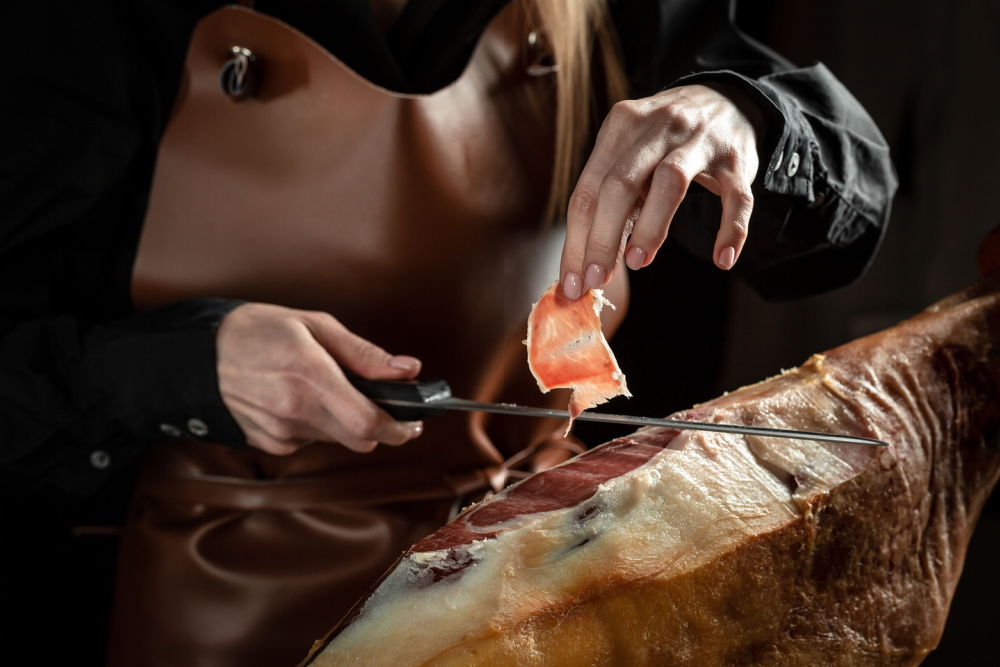 According to Spain's denominación de origen rules and current regulations on jamón, the dry-cured jamón ibérico must be made from either pure breed Black Iberian pigs or cross-bred pigs at least 50% Black Iberian mixed only with Duroc pigs, the same restriction as required to keep official ibérico denomination on any Spanish pork meat product. 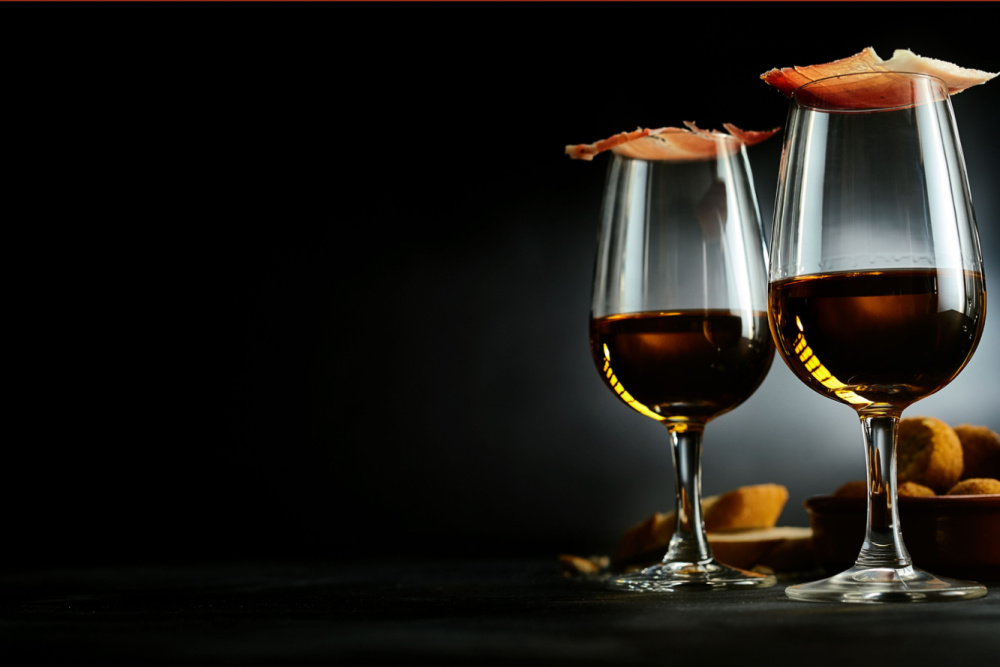 Sherry is a fortified wine made from white grapes grown near the town of Jerez. 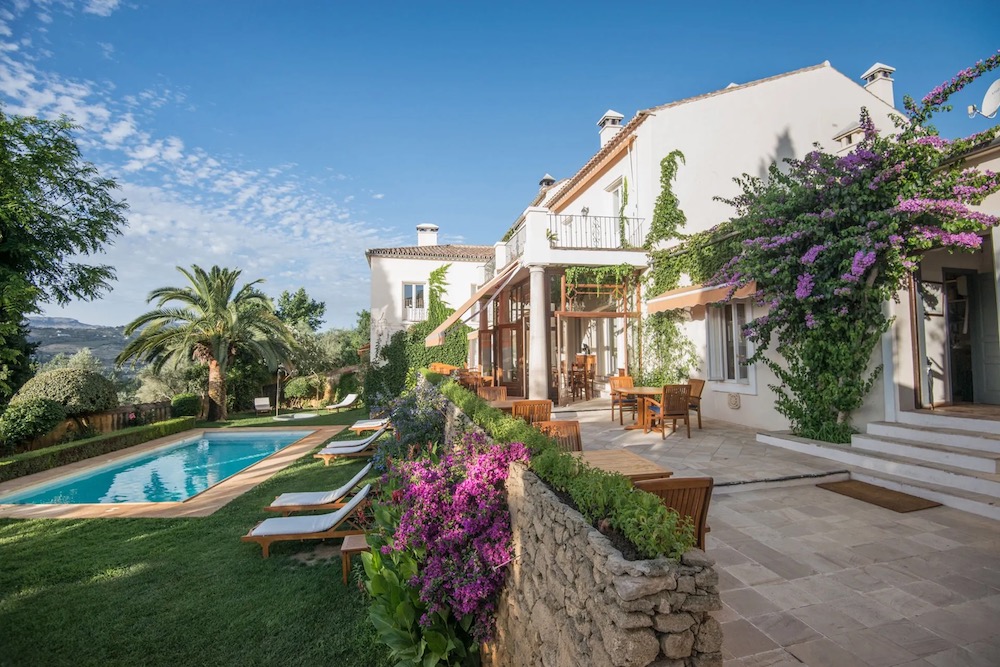 In the heart of the Andalusian countryside. This tastefully-furnished hotel is based in a centuries-old millhouse surrounded by olive groves. The centrepiece of the lovingly-tended gardens is the pool with sweeping views over the hills and valleys featuring cypresses, walnuts trees, chestnusts, olives and palm-trees. 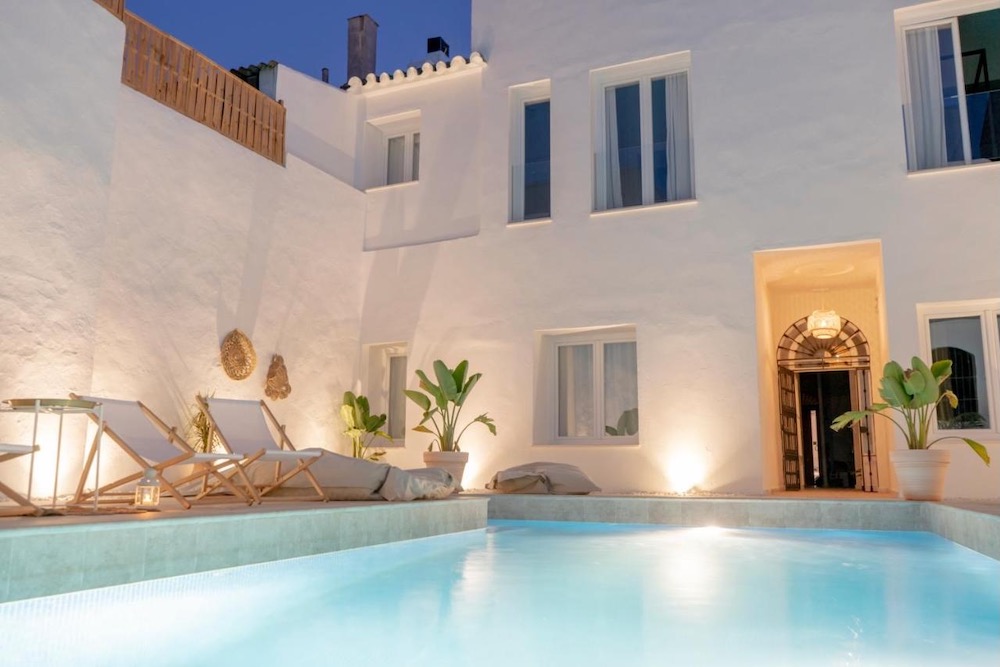 The suites are arranged around a central Andalusian courtyard of the nineteenth century. Each of the suites are designed for you to live an unforgettable experience and to become your accommodation of choice in Jerez de la Frontera. 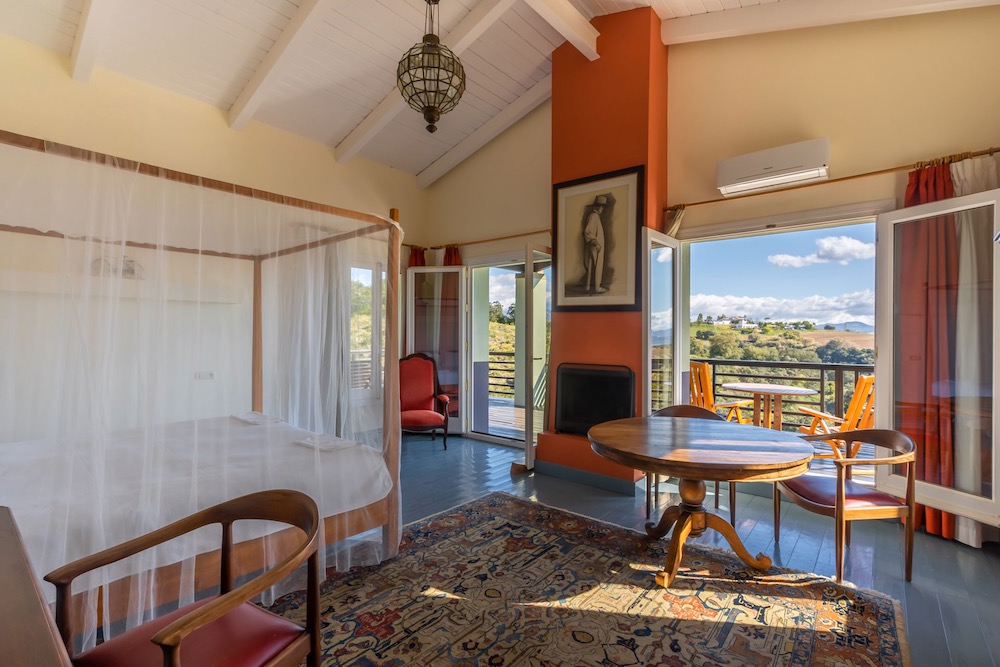 Set in the heart of Andalucía, surrounded by beautiful rolling hills sits The Lodge Ronda in perfect silence. Inspired by African lodges, this grand guesthouse resides on 22 acres of private ground. It’s an ideal get away with a modern contemporary feel, that successfully combines the feeling of a luxury hotel with the exclusivity of your own private space. 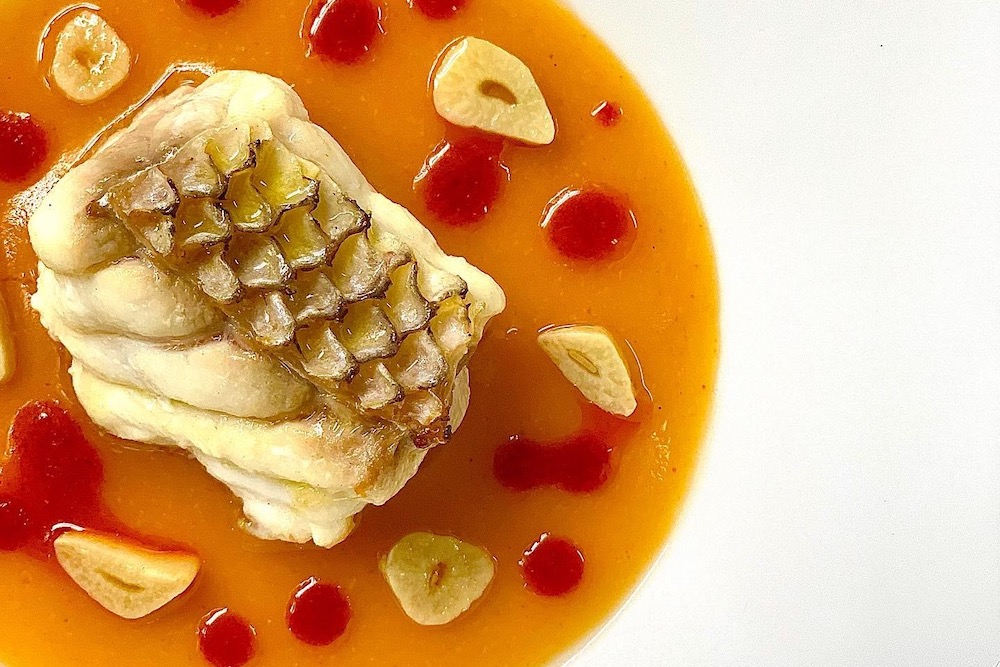 In 1992, Casa Antonio opened its doors in the welcoming neighbourhood of Las Protegidas, right in the city centre. Their objective since then has been for visitors to savour in their food - a mix between tradition and innovation. Their chefs are constantly learning about new culinary trends without losing sight of the origins of the land. Extra virgin olive oil, almonds, mushrooms, rabbits, cherries, truffle…an endless list of quality products from near and far are the soul of their kitchen. 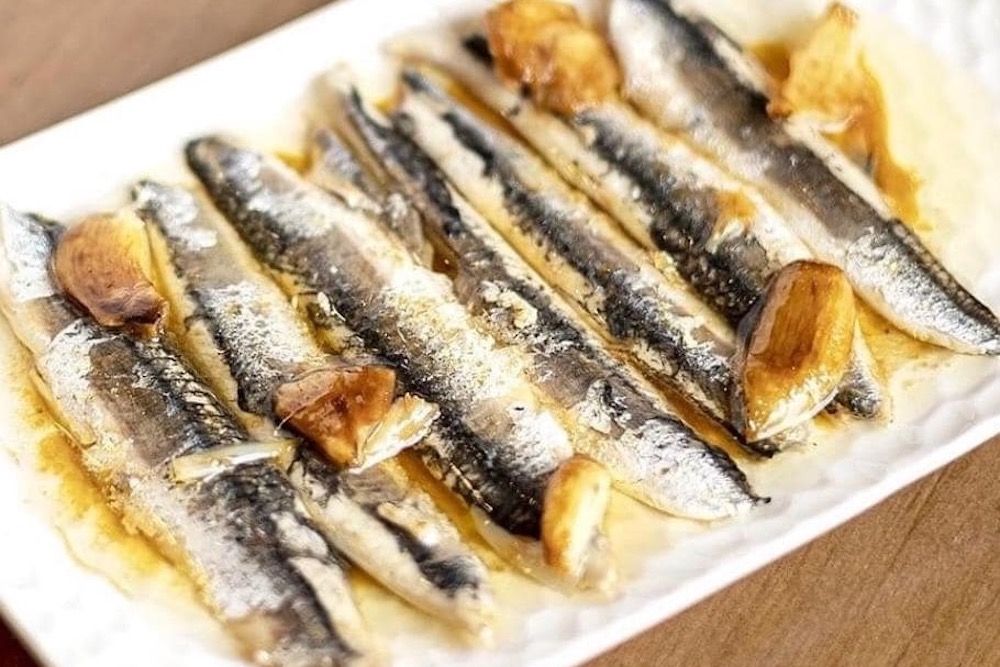 Restaurante Tuga offers traditional cuisine with special attention to detail. The dishes contrast textures and flavors, and the idea is that people try as many dishes as possible, with dishes that can be shared. Among them, the Anchovies roasted in oil stand out, with toasted skin and garlic made with an oloroso that later becomes part of the vinaigrette. 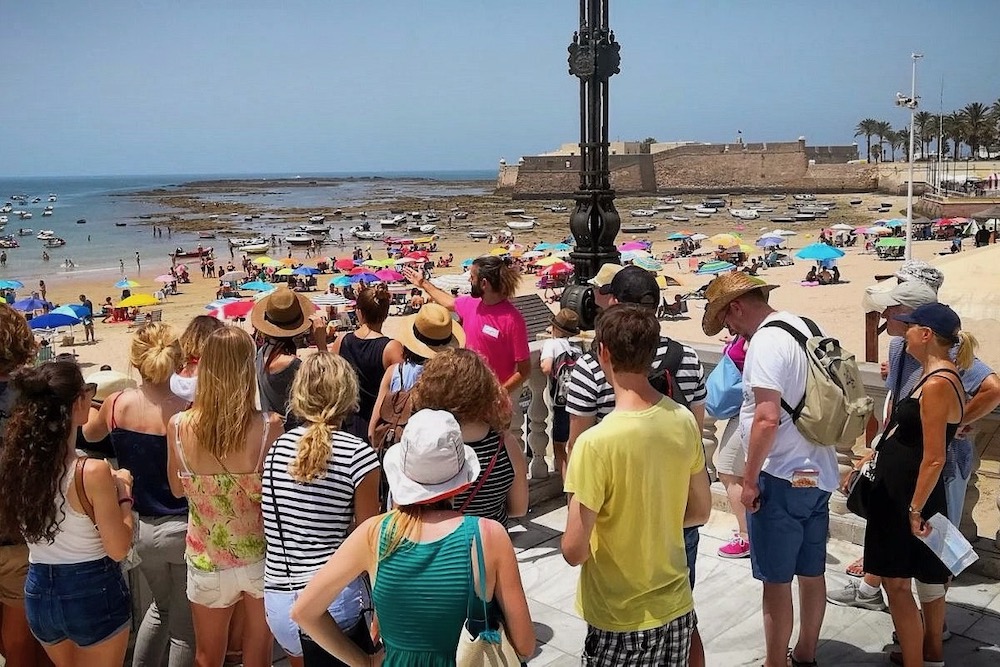 Cadizfornia Tours are a group of young entrepreneurs from the tourism sector with a single passion: to share their rich heritage and local culture with visitors from other parts of the world. They offer an experience you won't forget incomparably rich in sensations in comparison with conventional tourism and go out of their way to provide top-quality locally-produced goods and services. 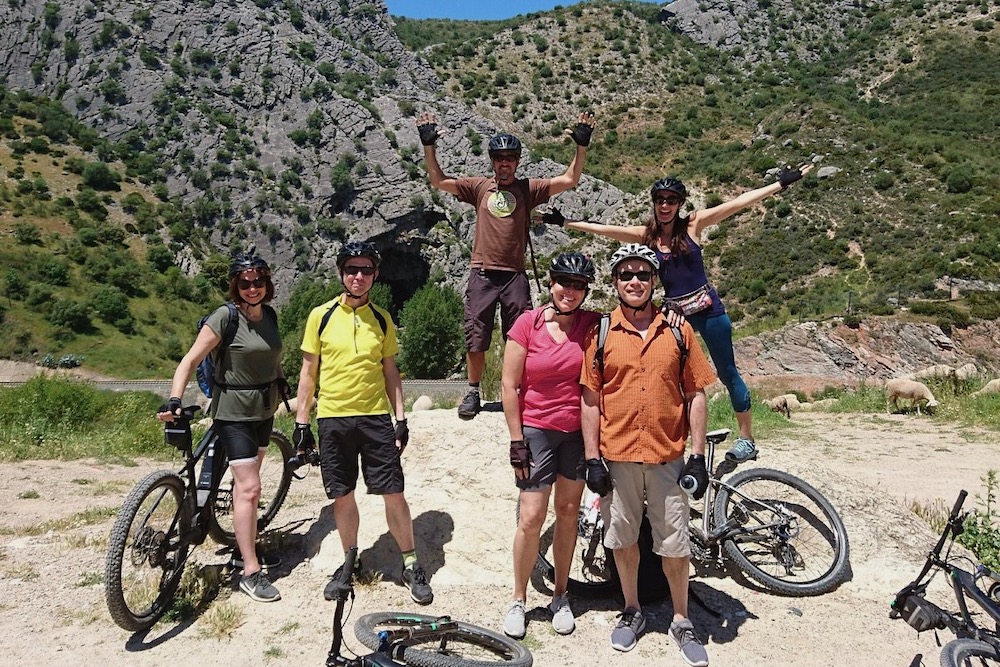