Asia is a treasure chest of life changing experiences

Asia is a treasure chest of life changing experiences. Click on the Countries below for more details & images and to book directly at the best price. 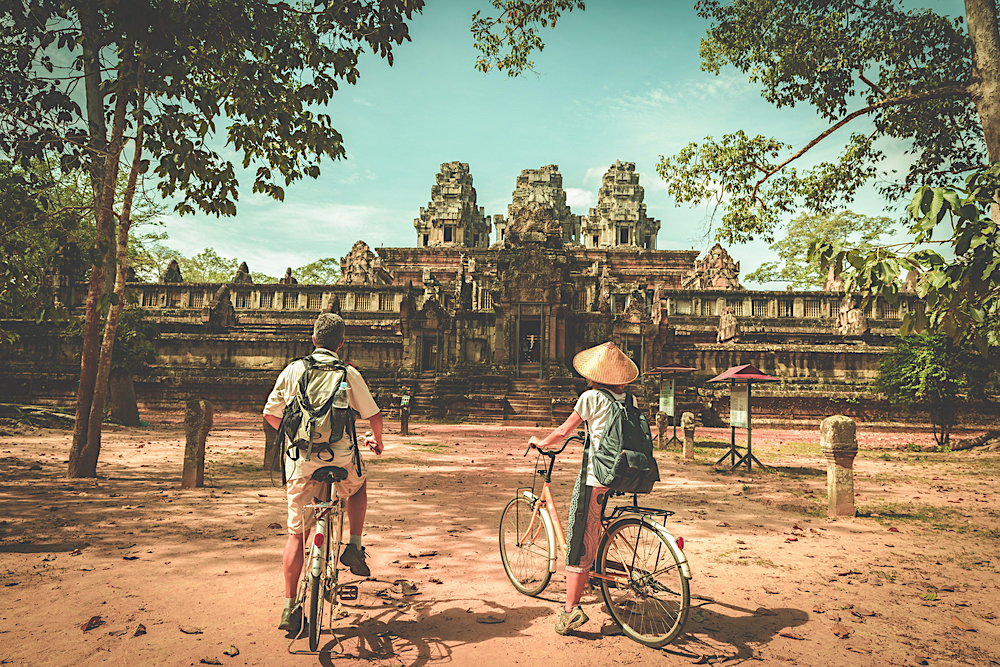 Cambodia’s  landscape spans low-lying plains, the Mekong Delta, mountains and Gulf of Thailand coastline. Phnom Penh, its capital, is home to the art deco Central Market, glittering Royal Palace and the National Museum's historical and archaeological exhibits. In the country's northwest are the ruins of Angkor Wat, a massive stone temple complex built during the Khmer Empire.

Best time to visit: November to January is classed as Cambodia's high season. January is traditionally one of the best months to visit the country. Temperatures are cool and the dry season is in full swing, meaning the weather is at its peak. 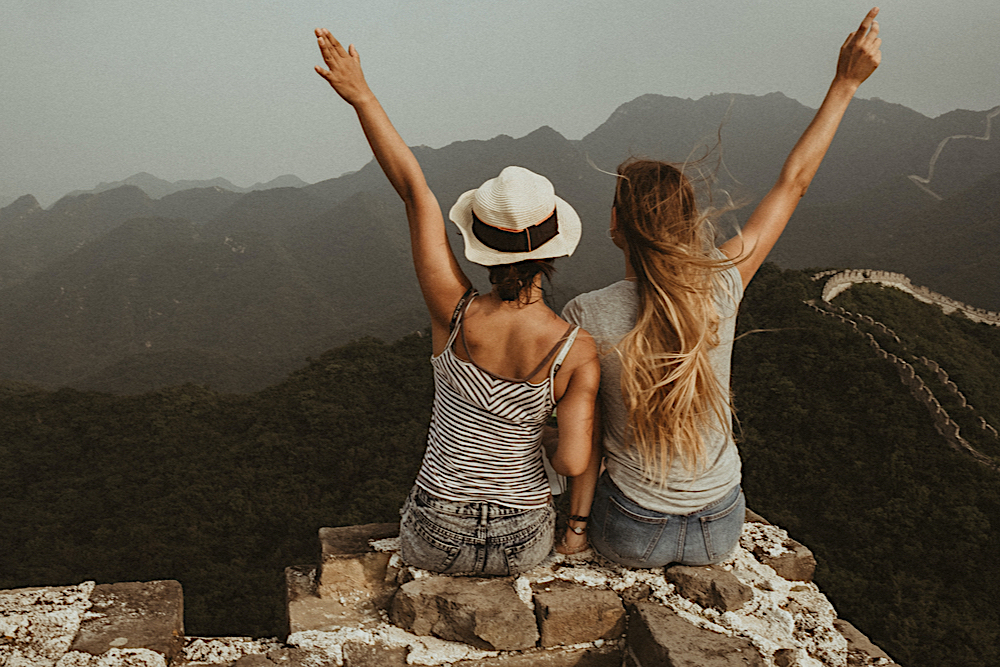 China is a populous nation and its vast landscape encompasses grassland, desert, mountains, lakes, rivers and more than 14,000km of coastline. Capital Beijing mixes modern architecture with historic sites such as the Forbidden City palace complex and Tiananmen Square. Shanghai is a skyscraper-studded global financial center. The iconic Great Wall of China runs east-west across the country's north.

Best time to visit: Weather-wise,the best times to visit China are spring (April–May) and autumn (September–October), when most of the popular places have their most tourism-friendly weather. The cultural and historical destinations like Beijing, Shanghai, and Xi'an are hardly affected by weather conditions. 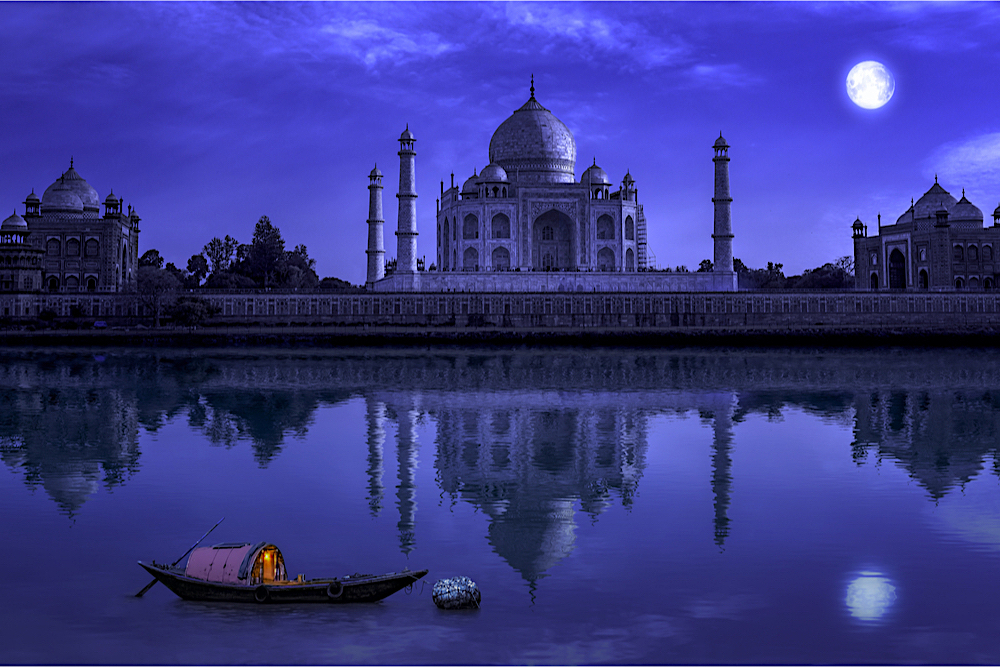 India is a vast South Asian country with diverse terrain – from Himalayan peaks to Indian Ocean coastline – and history reaching back 5 millennia. In the north, Mughal Empire landmarks include Delhi’s Red Fort complex and massive Jama Masjid mosque, plus Agra’s iconic Taj Mahal mausoleum. Pilgrims bathe in the Ganges in Varanasi, and Rishikesh is a yoga centre and base for Himalayan trekking.

Best time to visit: The best time to visit India is between October and March when the monsoon rains have ceased and the country is largely warm and dry. The climate does vary considerably by region though this is the peak travel season in Rajasthan and Kerala due to the agreeable weather conditions. 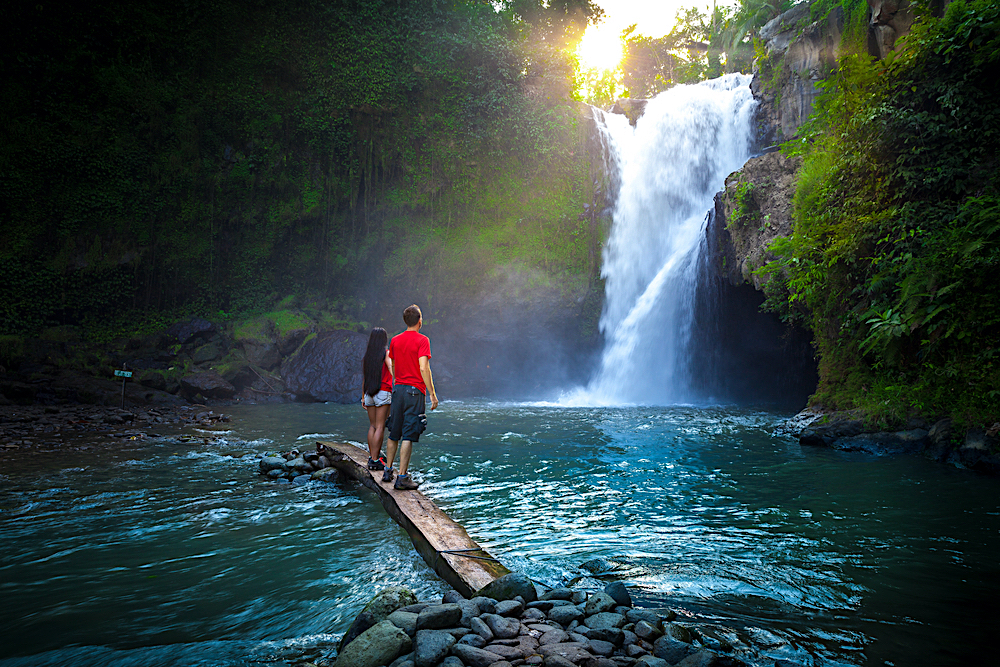 Indonesia is made up of thousands of volcanic islands and is home to hundreds of ethnic groups speaking many different languages. It’s known for beaches, volcanoes, Komodo dragons and jungles sheltering elephants, orangutans and tigers. On the island of Java lies Indonesia's vibrant, sprawling capital, Jakarta, and the city of Yogyakarta, known for gamelan music and traditional puppetry.

Best time to visit: Generally speaking, the best time of year to visit Indonesia is between May and September when the days are dry and sunny. However, during wet season temperatures remain high and rainfall comes in the form of intense tropical downpours that tend to last for a couple of hours and needn't spoil your trip. 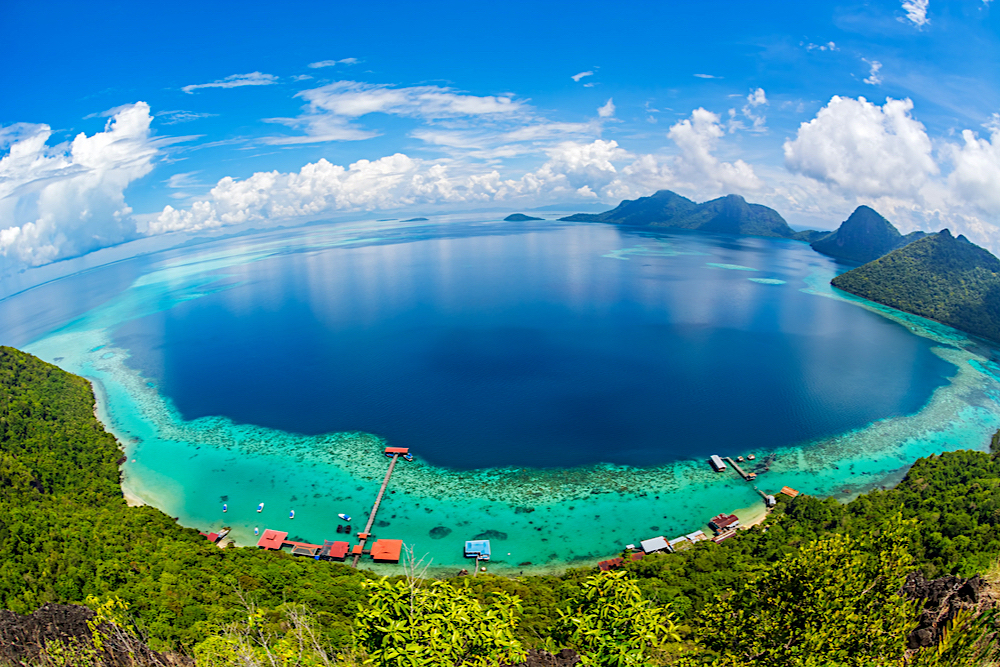 Malaysia occupies parts of the Malay Peninsula and the island of Borneo. It's known for its beaches, rainforests and mix of Malay, Chinese, Indian and European cultural influences. The capital, Kuala Lumpur, is home to colonial buildings, busy shopping districts such as Bukit Bintang and skyscrapers such as the iconic, 451m-tall Petronas Twin Towers. 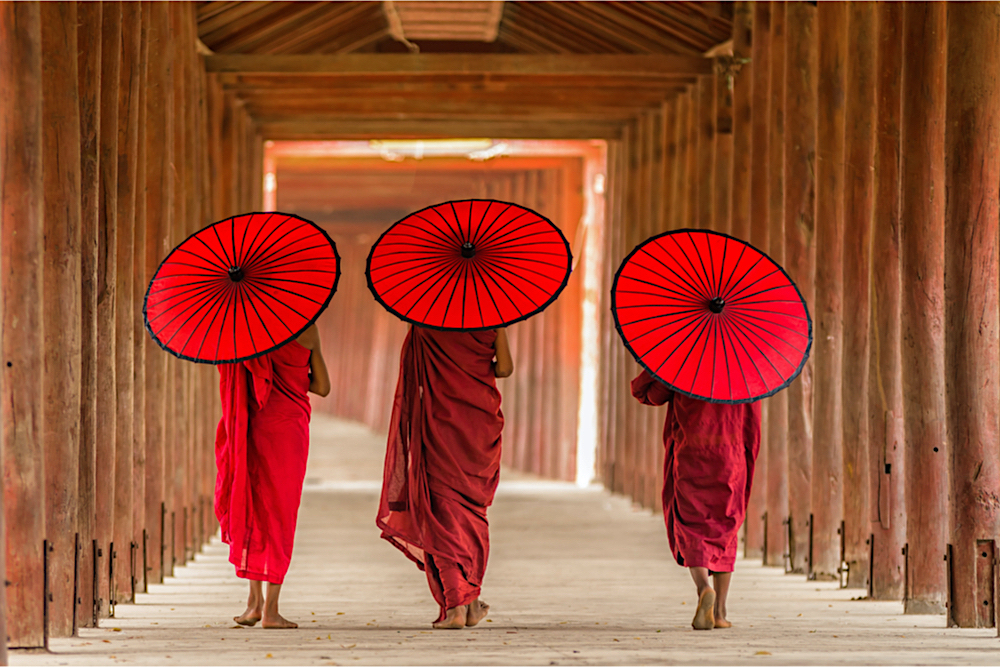 Best time to visit: The best time to visit most of Myanmar is from November to February as it is neither too hot to walk around due to the cool breeze that blows in. March to May, on the other hand, are boiling hot, especially in the plains near Bagan and Mandalay. 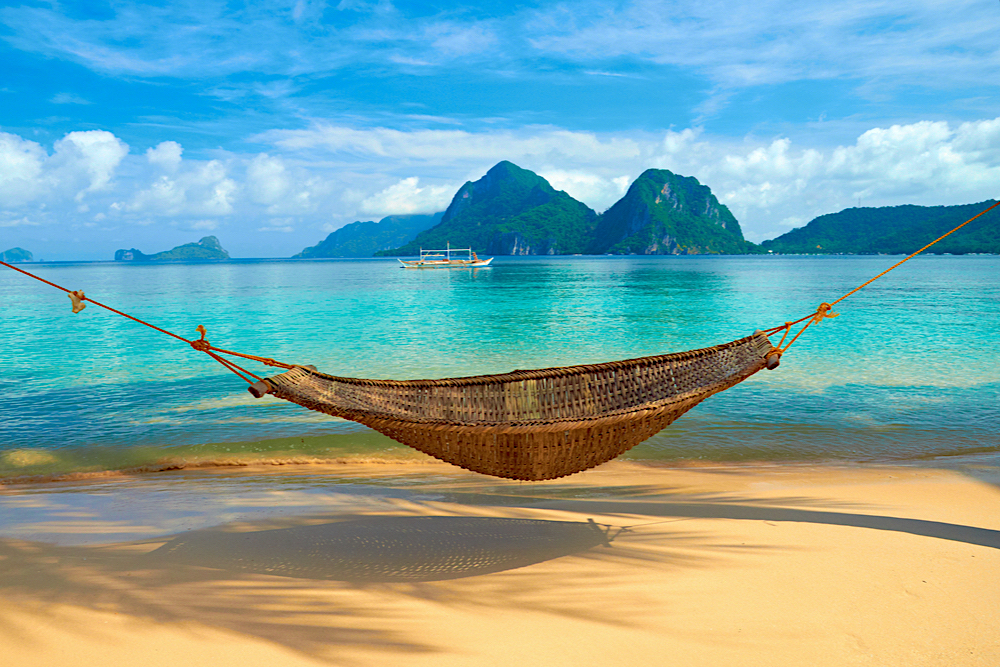 The Philippines is located in the Western Pacific, comprising more than 7,000 islands. Its capital, Manila, is famous for its waterfront promenade and centuries-old Chinatown, Binondo. Intramuros, a walled city in colonial times, is the heart of Old Manila. It’s home to the baroque 17th-century San Agustin Church as well as Fort Santiago, a storied citadel and military prison.

Best time to visit: The Philippines are most popular during the dry season, between November and April. At this time the country is fully accessible, including its many beautiful islands and more remote areas. Temperatures are high during March and April, so it's best to travel during the cooler months of December to February. 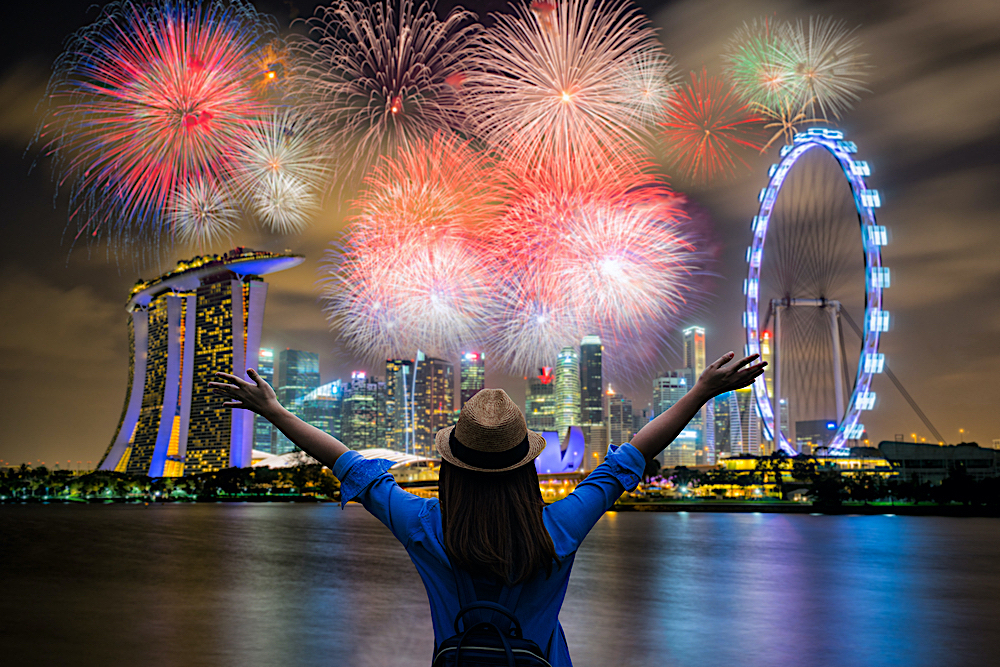 Singapore, an island city-state off southern Malaysia, is a global financial center with a tropical climate and multicultural population. Its colonial core centers on the Padang, a cricket field since the 1830s and now flanked by grand buildings such as City Hall, with its 18 Corinthian columns. In Singapore's circa-1820 Chinatown stands the red-and-gold Buddha Tooth Relic Temple, said to house one of Buddha's teeth.

Best time to visit: Overall, the best time to go to Singapore is between February and April. Although Singapore is—for the most part—a year-round destination, the months of February to April fall within Singapore's dry season and experience (a least a tad) less rainfall than other times of the year. 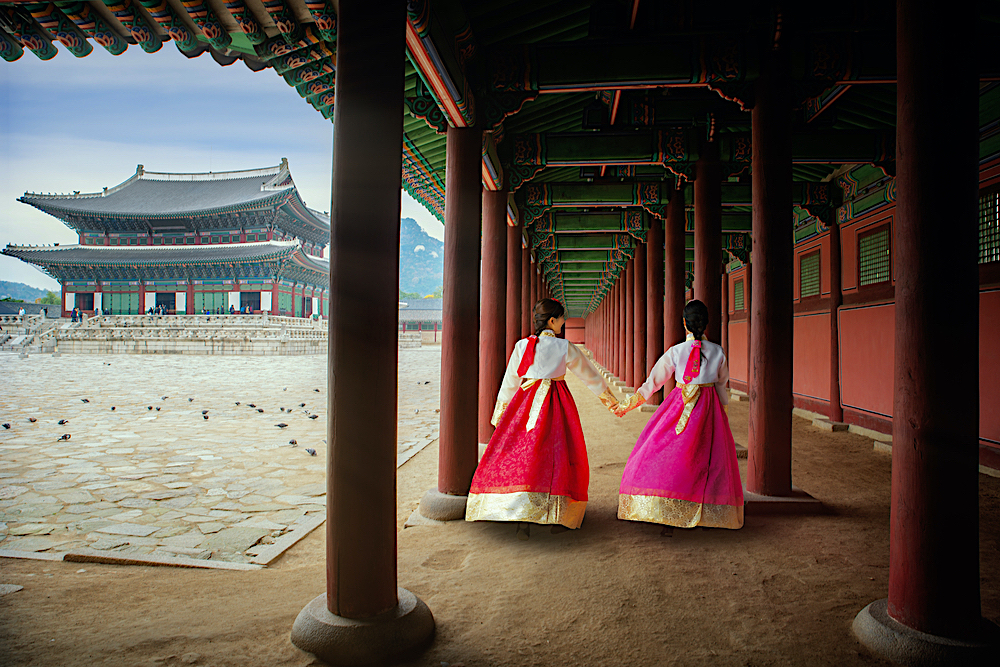 South Korea is on the southern half of the Korean Peninsula and shares one of the world’s most heavily militarized borders with North Korea. It’s equally known for its green, hilly countryside dotted with cherry trees and centuries-old Buddhist temples, plus its coastal fishing villages, sub-tropical islands and high-tech cities such as Seoul, the capital.

Best time to visit: South Korea has four distinct seasons. The summer period from June to August sees hot and humid weather whereas winter, from December to February, is icy cold and dry. Autumn and spring are thought to be the best times to visit as they offer warm, sunny days with clear blue skies. 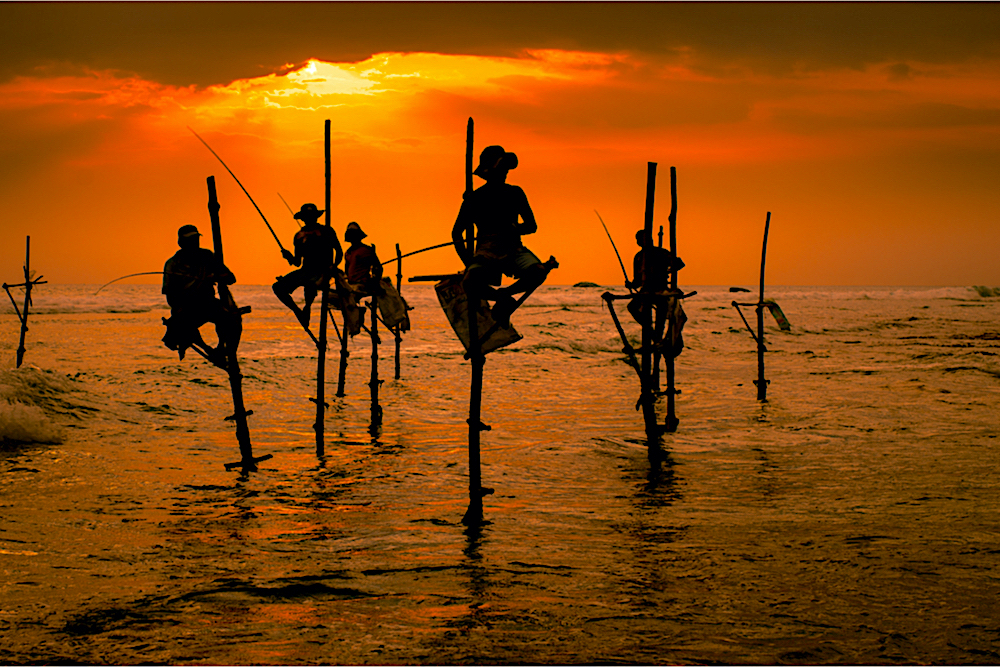 Sri Lanka (formerly Ceylon) is an island nation south of India in the Indian Ocean. Its diverse landscapes range from rainforest and arid plains to highlands and sandy beaches. It’s famed for its ancient Buddhist ruins, including the 5th-century citadel Sigiriya, with its palace and frescoes. The city of Anuradhapura, Sri Lanka's ancient capital, has many ruins dating back more than 2,000 years.

Best time to visit: If you're exploring the west and south coasts and hill country, December to March is the best time to visit Sri Lanka. If you plan on seeing the east coast, you'll get the best weather from April/May to September. 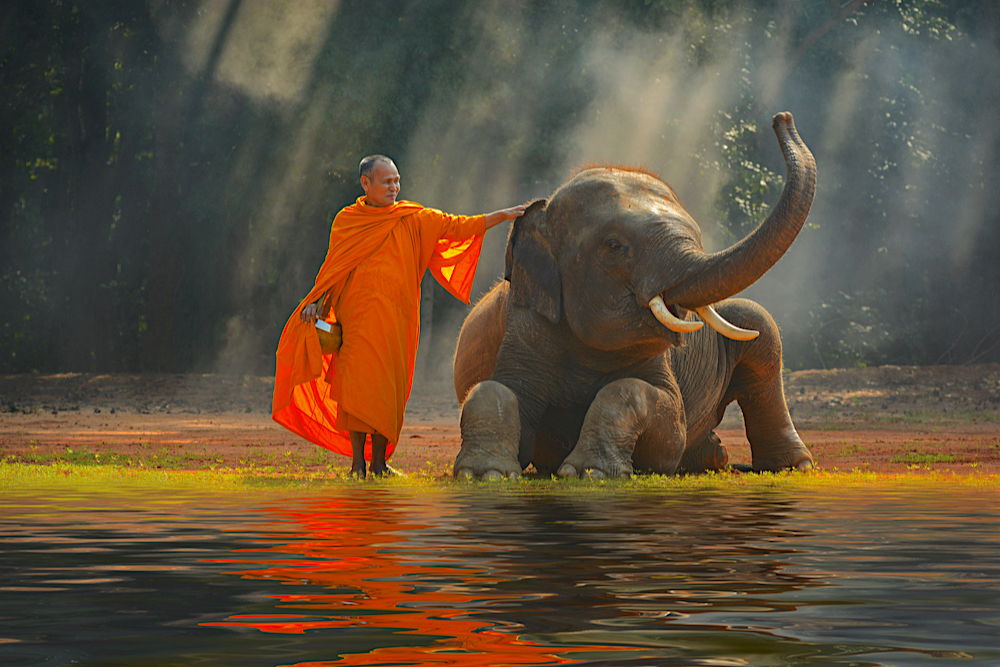 Best time to visit: Although the climate varies throughout Thailand, you can visit all year round. The best time to travel is during the cool and dry season between November and early April. In the south, the climate differs between the eastern and western coasts. The west coast is more favourable during the winter months, when diving and snorkelling will be at its best. The weather on the east coast is good for most of the year, with the lowest rainfall in January and February and the highest in November. 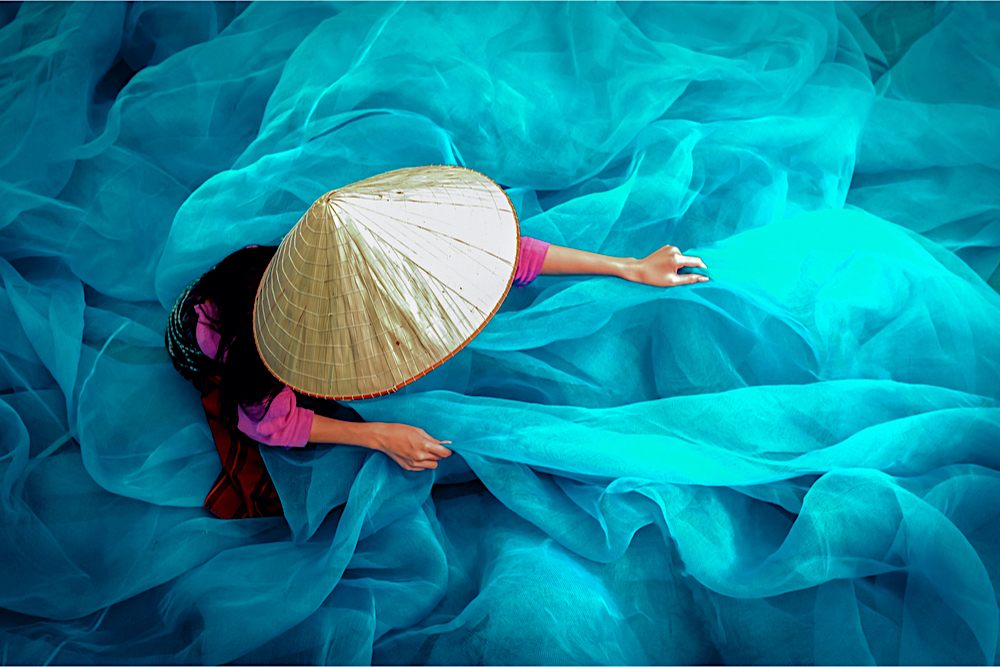