Experience 12 of the oldest pubs in London

Discover a dozen perfect pubs in the capital

A pub (public house) is an establishment licensed to sell alcoholic drinks, which traditionally include beer (such as ale) and cider. It is a social drinking establishment and a prominent part of British culture. In many places, especially in villages, a pub is the focal point of the community. In his 17th-century diary Samuel Pepys described the pub as "the heart of England”.

Pubs can be traced back to Roman taverns, through the Anglo-Saxon alehouse to the development of the tied house system in the 19th century. In 1393, King Richard II of England introduced legislation that pubs had to display a sign outdoors to make them easily visible for passing ale tasters, who would assess the quality of ale sold. The 5 most common pub names in the UK are: Red Lion, Crown, Royal Oak, White Hart & Swan. More excentric names include: The Bucket of Blood, Bull and Spectacles, Drunken Duck, Jolly Taxpayer & My Father's Moustache.

Beer has remained Britain’s most popular alcoholic drink as 8.5 billion pints were sold last year. The imperial pint (568 ml) is used in the United Kingdom and Ireland and to a limited extent in Commonwealth nations. The British imperial pint is about 20% larger than the American pint because the two systems are defined differently.

There are currently in excess of 3 500 pubs in London and you just cannot visit London without visiting at least a few, here are 12 of the oldest (click on the names for directions and more details & images) - CHEERS!

EAT & DRINK AT THE GEORGE INN 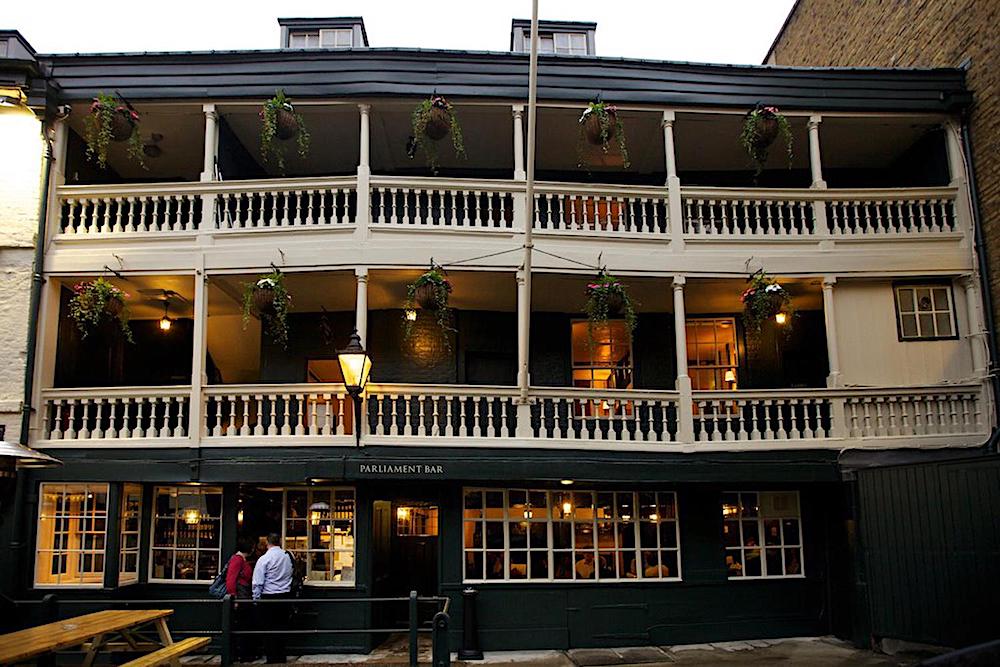 The George Inn, built in 1676, is London’s only surviving galleried inn. To this day they reign as the London Bridge pub to savour British ales and Shakespeare’s tales. They also serve quality seasonal dishes to delight your taste buds and have introduced pub classics, including the Sticky Pickle Sausage roll, BBQ Pork Belly & Sticky Toffee Pudding.

EAT & DRINK AT THE GRAPES 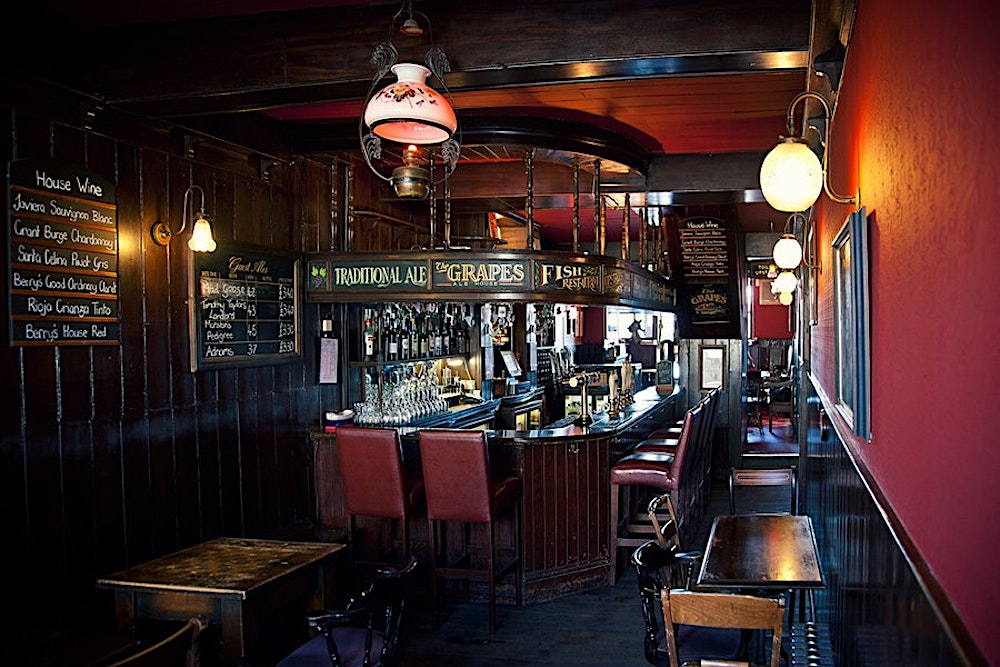 Whether you’re after a quick lunch, a romantic dinner by the river or just a friendly greeting in your local pub, they would love to welcome you to The Grapes in Limehouse. Overlooking the Thames, in a peaceful neighbourhood not that far from the bustle of Canary Wharf, The Grapes is one of the oldest pubs in London. Charles Dickens was a patron, and even made reference to the pub in his novel 'Our Mutual Friend'.

EAT & DRINK AT THE GUINEA GRILL 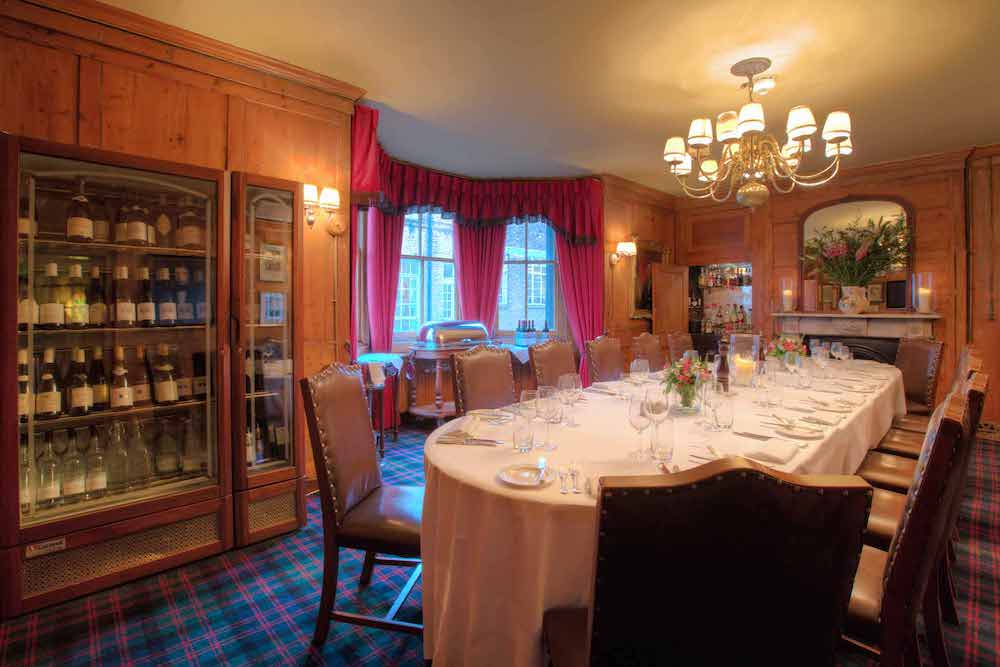 The Guinea is a Mayfair institution; there’s been an Inn on this site since 1423. The restaurant, the Guinea Grill opened in 1952. They specialise in serving dry aged, grass fed British beef from an open grill. You’ll find a selection of Young’s Ales at the bar and the atmospheric private dining room is perfect for up to 28 people.

EAT & DRINK AT THE HOOP & GRAPES 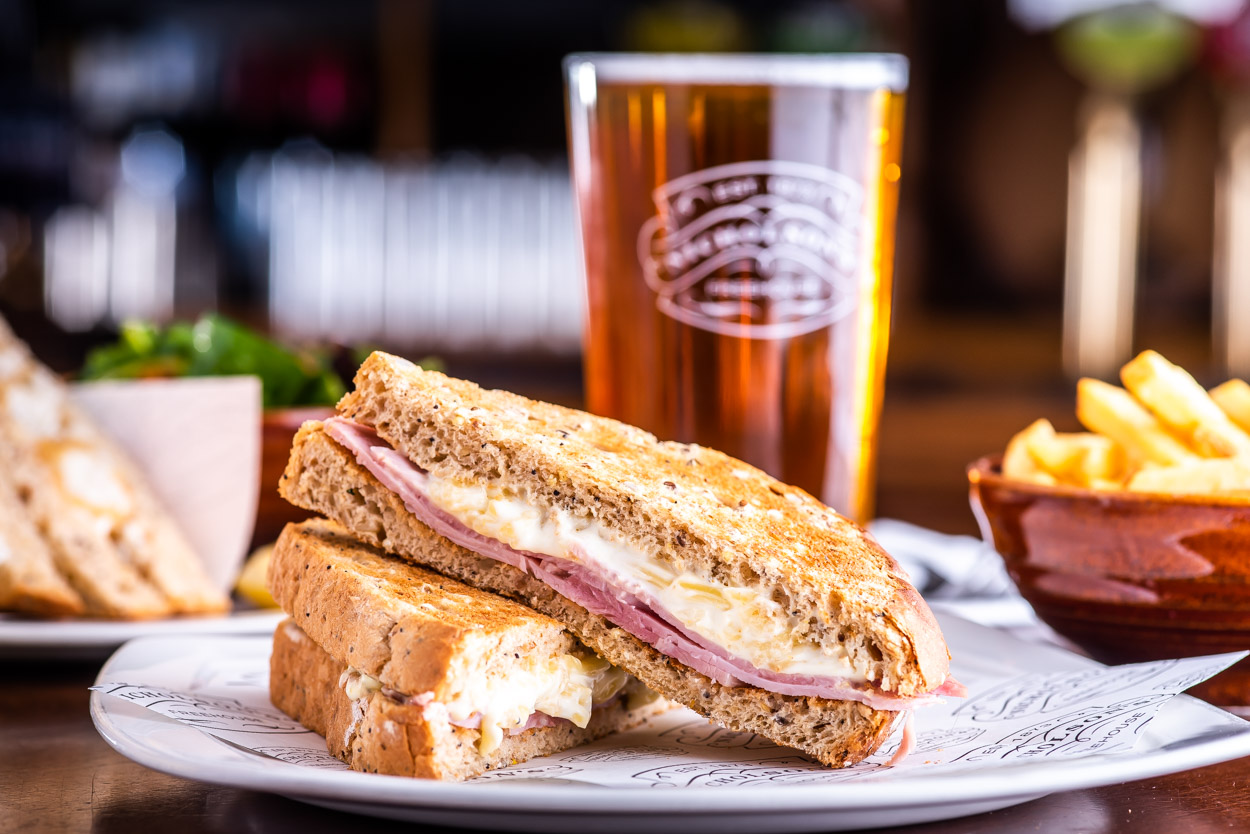 Step in to discover a traditional pub of unique character, revered for its eclectic range of real ales and its quality pub food, which are served, as they should be, with a generous measure of famous British hospitality. The Great Fire of London in 1666 stopped just 50 yards from The Hoop and Grapes and were lucky to be one of the few timber framed buildings to survive from this period. Twisted and bent by time, the front of the building leans out and was only saved by extensive restoration. Their name was originally the Hops and Grapes to show it sold both beer and wine.

EAT & DRINK AT THE LAMB & FLAG 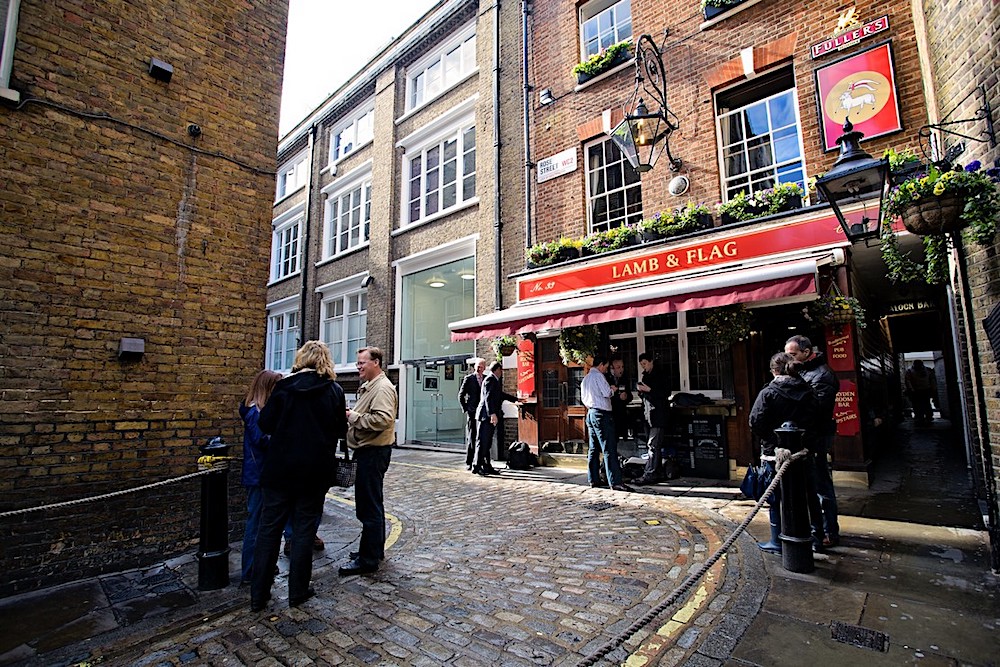 Great London pubs don't get much more historic than this. The very first mention of a pub on this site is in 1772, when it was known as The Coopers Arms (the name changed to The Lamb & Flag in 1833). The building's brickwork is circa 1958 and conceals what may be an early 18th century frame of a house, replacing the original one built in 1638.

EAT & DRINK AT THE MAYFLOWER 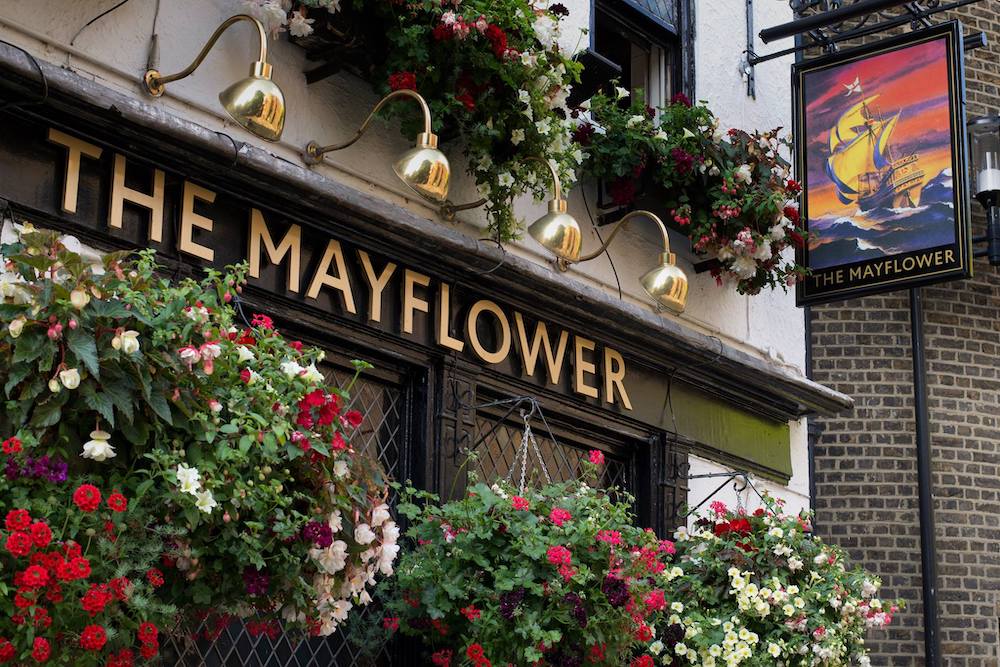 The Mayflower pub is a hidden gem in the heart of Rotherhithe, London. A traditional English pub surrounded by cobbled streets, the outside decked jetty and cosy candlelit restaurant have stunning river views. You can spot the original 1620 mooring point of the Pilgrim Father’s Mayflower ship, warm yourself by the open fire and imagine who may have been sitting in your seat 400 years ago! 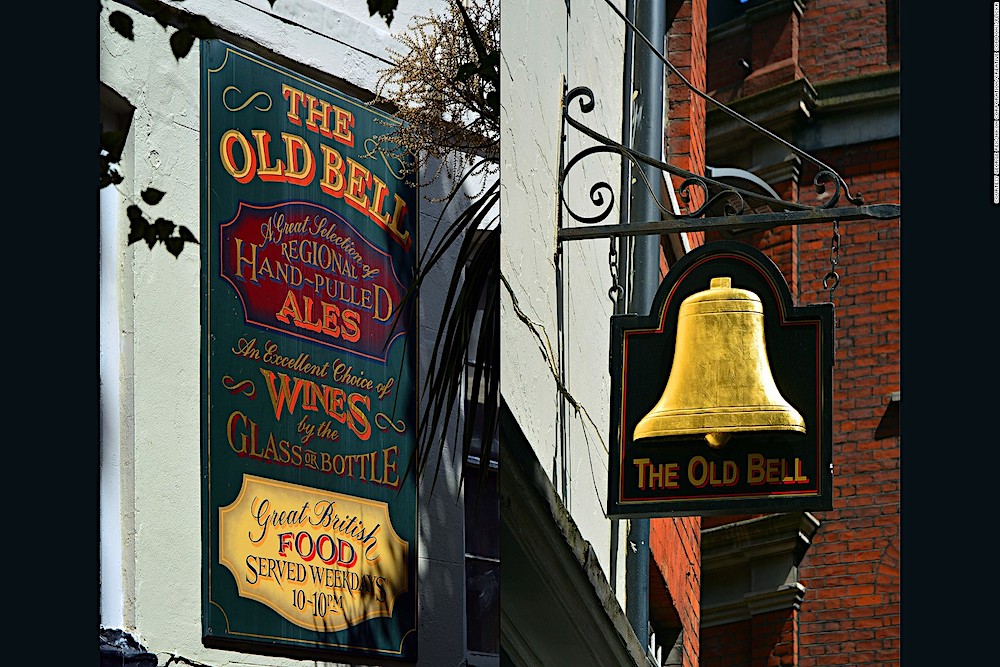 Boasting a long and proud history, The Old Bell Tavern has been a licensed tavern for more than 300 years. Built by Sir Christopher Wren, it housed his masons who were rebuilding St Bride's Church after the Great Fire. The Old Bell Tavern is conveniently located in Fleet Street London, a short stroll from Farringdon Street, City Thameslink, Valley Gardens Harrogate and Ludgate Hill. You’ll find a variety of central London’s tourist attractions near you, including St. Bride’s Church, St Paul's Cathedral, Blackfriars Pier, The Royal Pump Museum, and The Mercer Art Gallery.

EAT & DRINK AT THE PROSPECT OF WHITBY 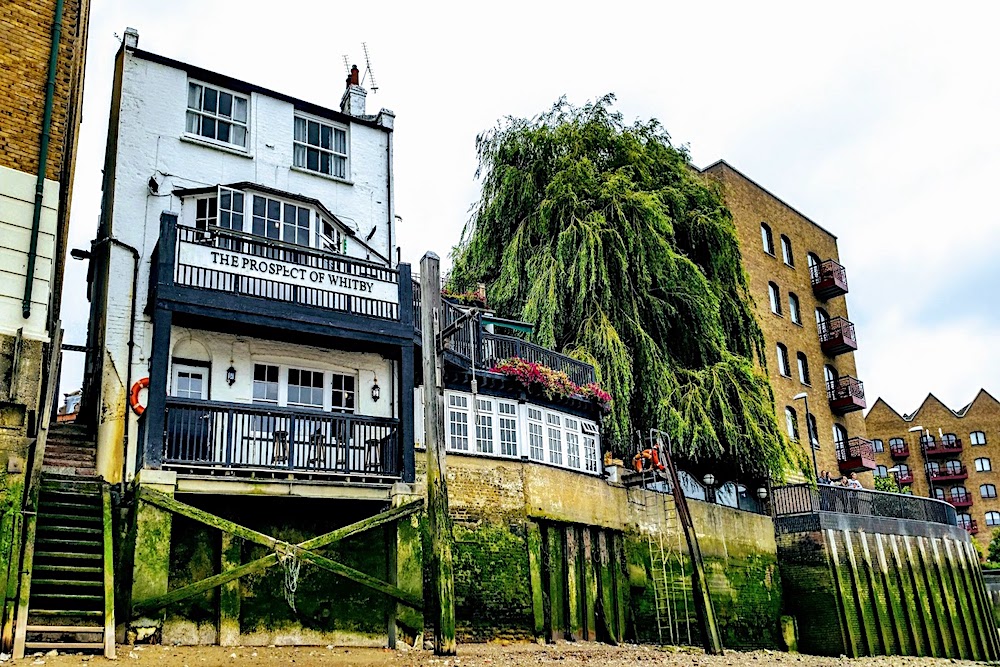 Prospect of Whitby, built in1520, is the oldest riverside tavern. All sorts of people from sailors, smugglers and cut throats to British movie stars and politicians have tread over the original 400-year-old stone floor. She was named after a collier that transported coal from Newcastle and would moor beside her whenever in London.

EAT & DRINK AT THE SEVEN STARS 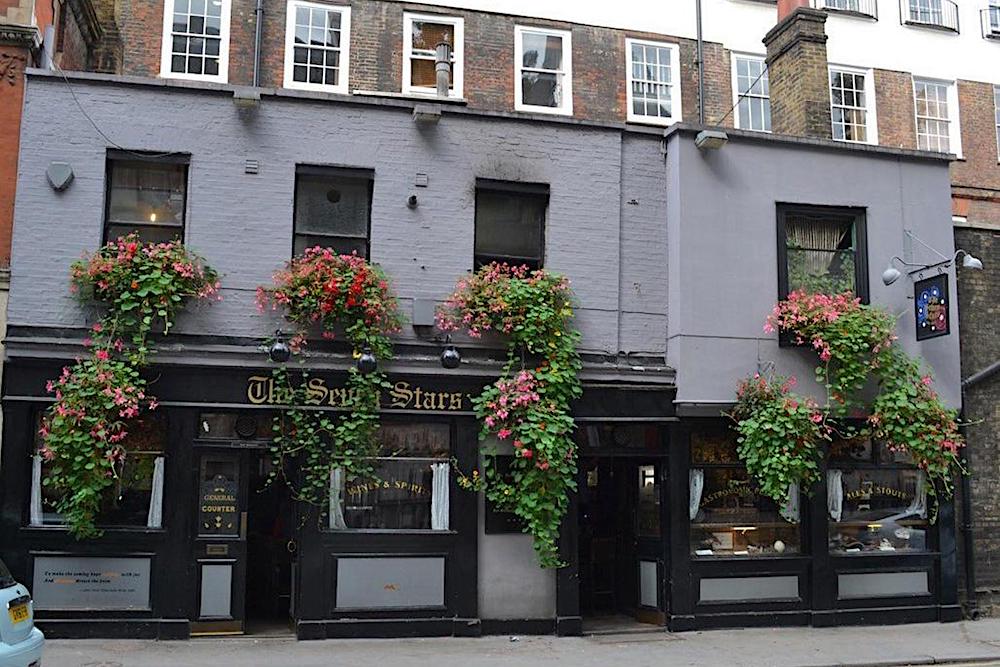 You might not expect a pub mainly frequented by lawyers to be quite so much fun. That it is is largely down to the landlady Roxy Beaujolais (not the name she was given at birth), who was formerly front of house at the jazz club Ronnie Scott’s. The Seven Stars is full of nooks and crannies. The food from a short menu tastes like it was cooked by your favourite aunt: there might be a curry, a fish pie, sausages or a casserole.

EAT & DRINK AT THE SPANIARDS INN 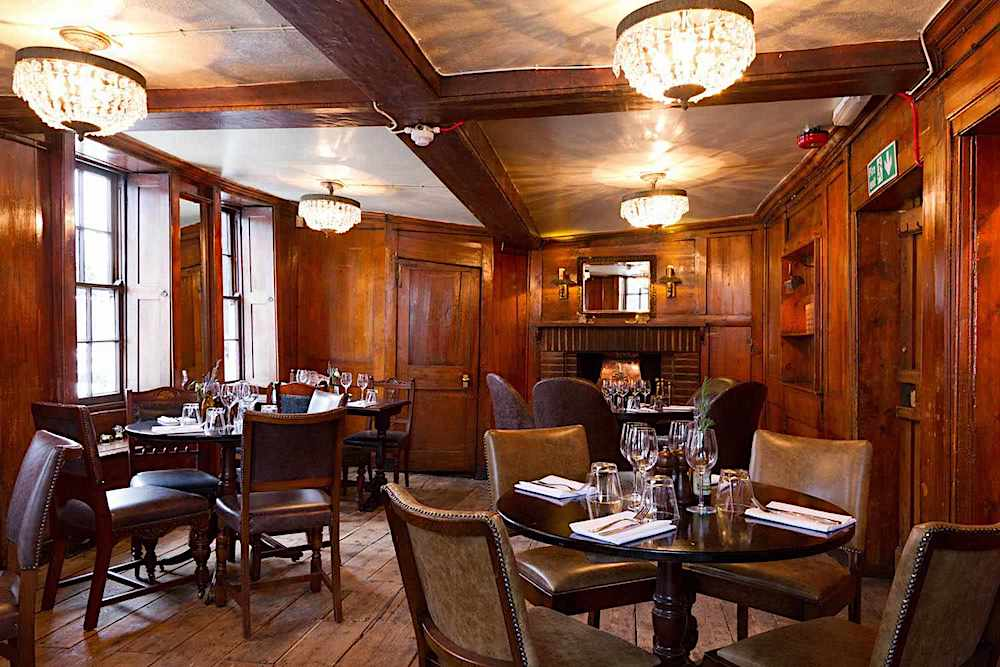 The Spaniards is an iconic London pub, ahead of the game in providing the perfect setting for a truly memorable drinking and dining experience. Whether it’s a relaxed lunch, sumptuous Sunday roast, indulgent dinner or lazy brunch you’re looking for, they offer an enticing range of flavoursome dishes incorporating classic British ingredients with a creative twist, all accompanied by their exceptional range of cask ales, craft beers, fine wines and artisan spirits. 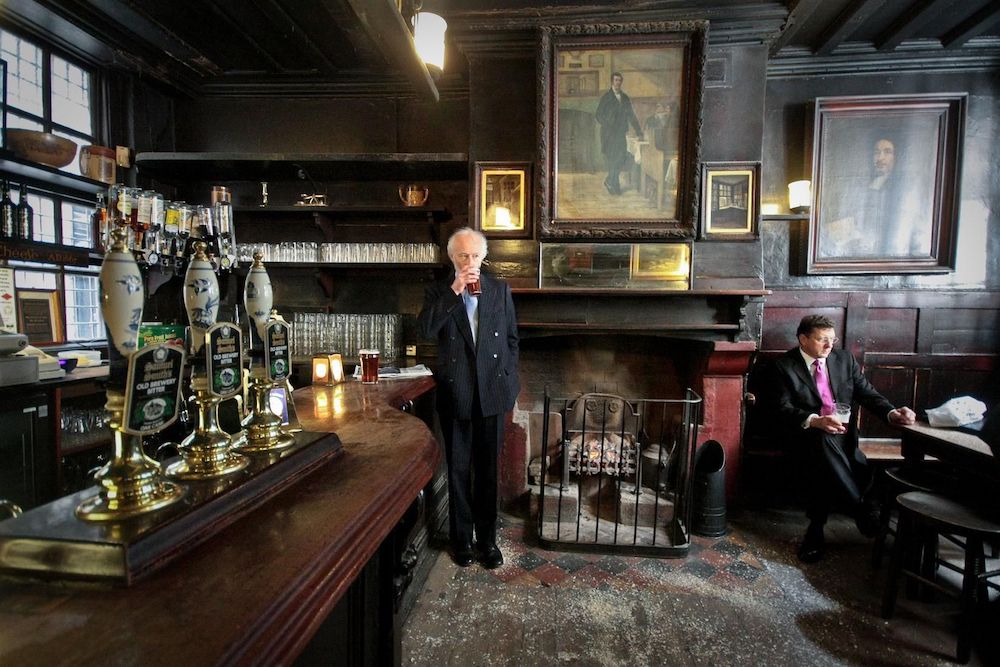 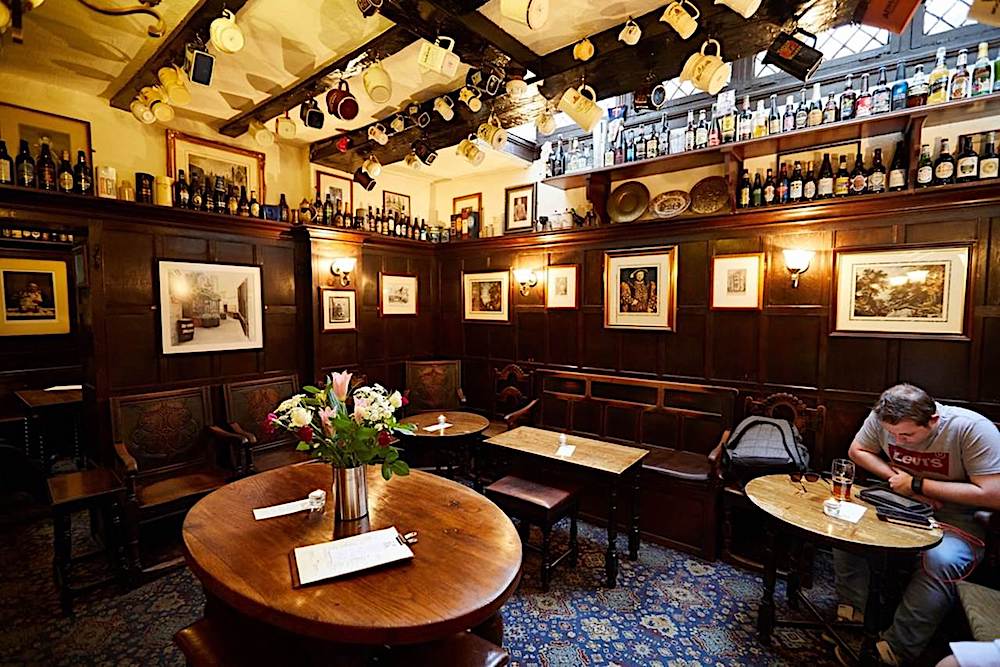 Built in 1546 for the servants of the Bishops of Ely, The Ye Olde Mitre is famous for having a cherry tree, (now supporting the front) that Queen Elizabeth once danced around with Sir Christopher Hatton. Set right in the heart of London, The Ye Olde Mitre is surrounded by some of the country's most prized attractions, so if you're looking for something to do near Hatton Garden you won't be disappointed.

CLICK ON THE LINKS ABOVE FOR DIRECTIONS AND MORE DETAILS & IMAGES AND TO BOOK DIRECTLY.  VISIT EXPLORE FOR OVER 1000 EXPERIENCES IN 110 COUNTRIES AND FIND YOUR NEXT AWESOME EXPERIENCE AT BLOG