Delicatessen is a German loanword which first appeared in English in the late 19th century and is the plural of Delikatesse. The German form was lent from the French délicatesse, which itself was lent from Italian delicatezza, from delicato, of which the root word is the Latin adjective delicatus, meaning "giving pleasure, delightful, pleasing”. The first Americanized short version of this word, deli, came into existence ca. 1954.

The German food company Dallmayr is credited with being the first delicatessen created. In 1700 it became the first store to import bananas, mangoes, and plums to the German population from faraway places such as the Canary Islands and China. Over 300 years later, it remains the largest business of its kind in Europe.

The first delicatessens to appear in the United States were in New York City in the mid-1800s, with the first known use of this word occurring in 1885.These catered to the German immigrant population living there.

As the German-Jewish population increased in New York City during the mid- to late 1800s, kosher delicatessens began to open; the first was founded in 1889. In the United States, by the late 20th to early 21st centuries, supermarkets, local economy stores, and fast food outlets began using the word (often abbreviated as "deli") to describe sections of their stores. The decline of the deli as an independent retail establishment was most noted in New York City: from a high in the 1930s of about 1,500 Jewish delicatessens, only a few still exist today. 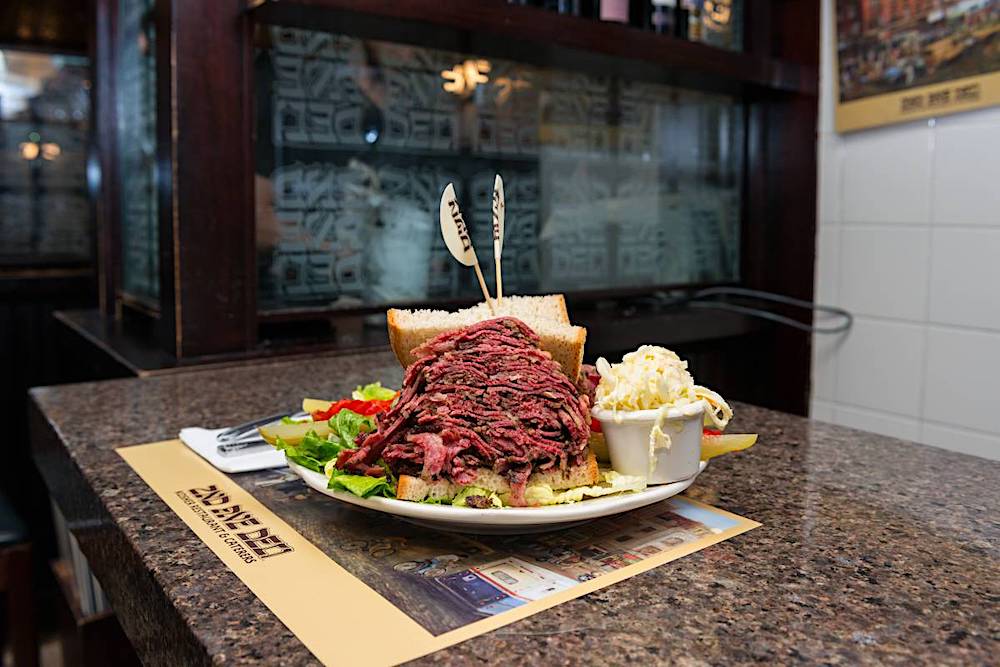 The 2nd Ave Deli has been an internationally renowned Gotham landmark for more than half a century. Over the years, its founder, Abe Lebewohl, provided the best Jewish fare in town, transforming this tiny ten-seat Village eatery into a New York institution. 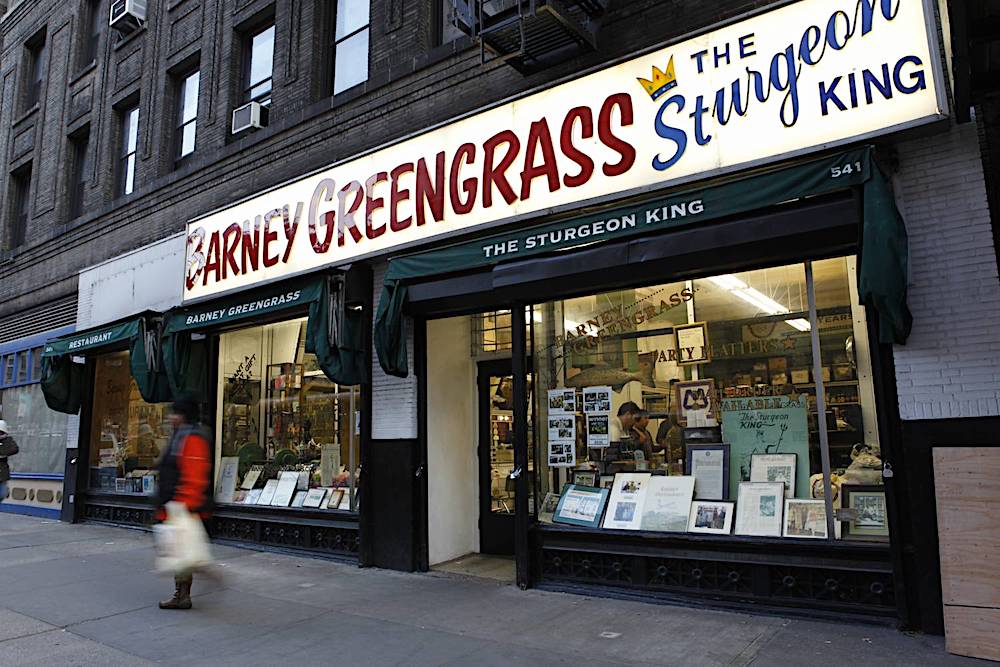 When Barney Greengrass, first opened it's doors in Harlem in 1908, he had but one desire – to operate a “food store for those who demand the best.” In 1929, he moved the store to its present location on Amsterdam Avenue. His customers followed him and his popularity grew. Soon all of New York knew him as “The Sturgeon King.” 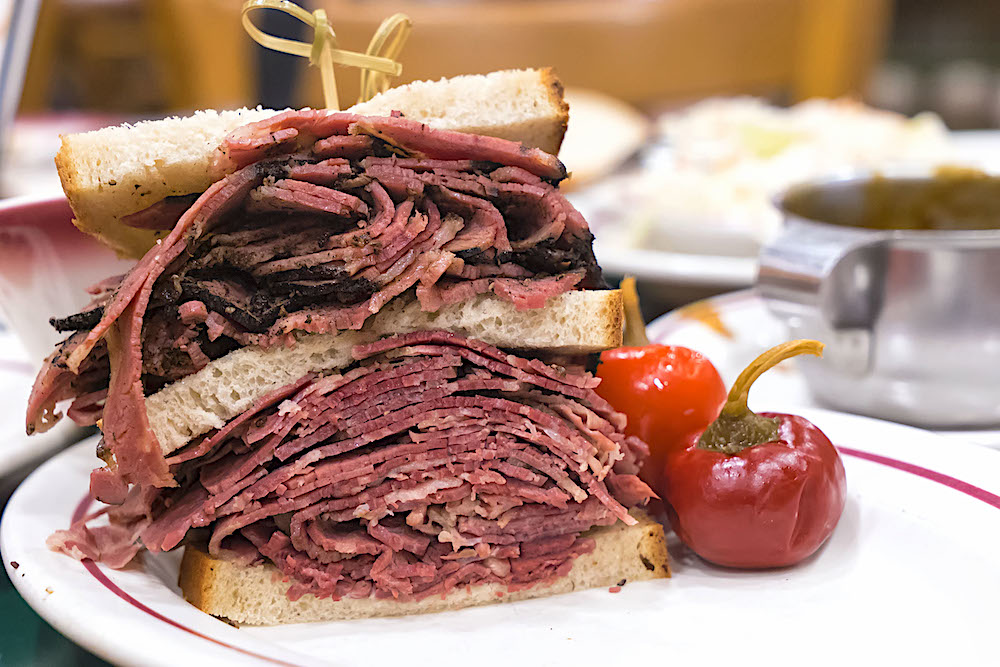 Ben’s Kosher Deli is a family-owned and operated restaurant and delicatessen that has been serving up the finest authentic New York Kosher delicatessen and eastern European comfort foods since 1972. Customers love Ben’s homemade soups, hot pastrami, fresh-cut coleslaw, baked knishes and crunchy all you can eat pickles. 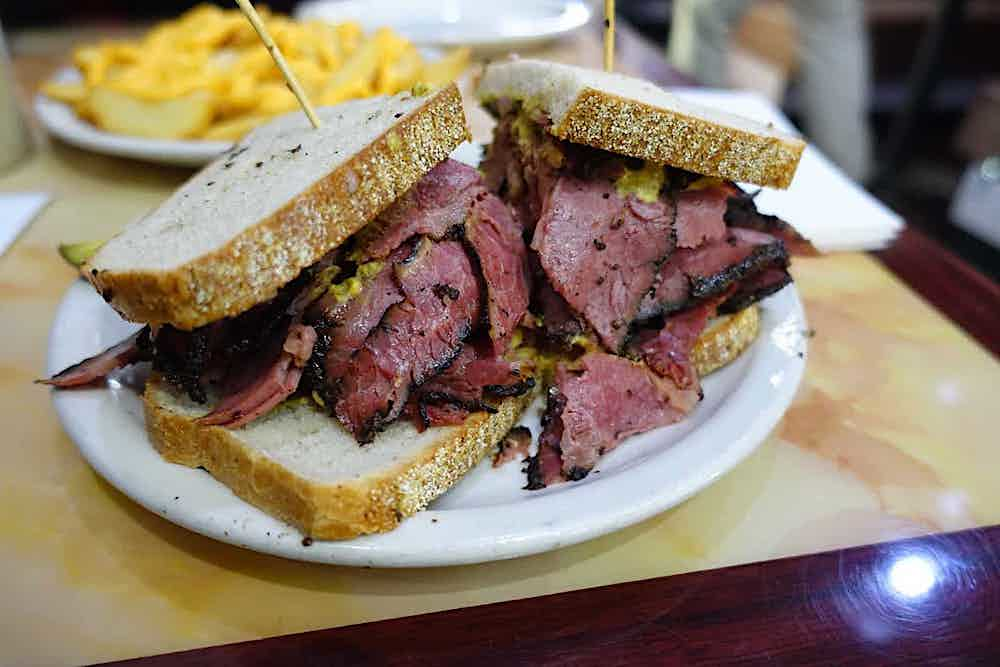 David’s Brisket House has been serving brisket and pastrami sandwiches to the good people of Bedford-Stuyvesant for more than half a century now. The standout at David's Brisket House is the no-frills pastrami sandwich: the meat is warm and tender—boasting a slight sheen and light marbling that hints at its mouth-melting moistness. 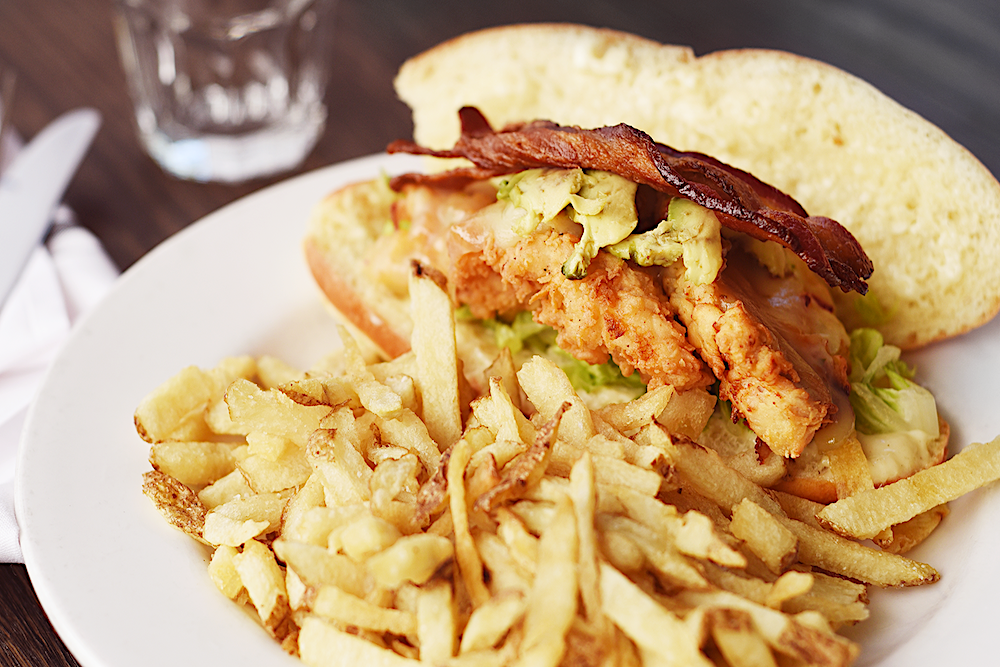 Fine & Schapiro is a legendary Kosher delicatessen restaurant serving New Yorkers and visitors since 1927. Over 70 years of gourmet Jewish cooking unsurpassed in flavor and quality. From mouth watering sandwiches to sumptuous complete dinners. 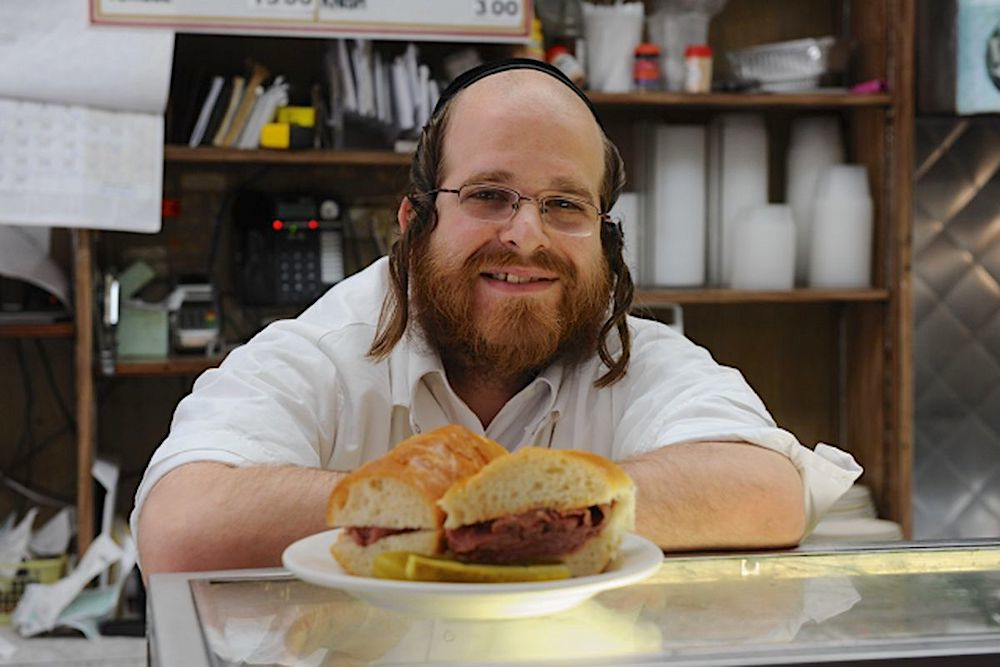 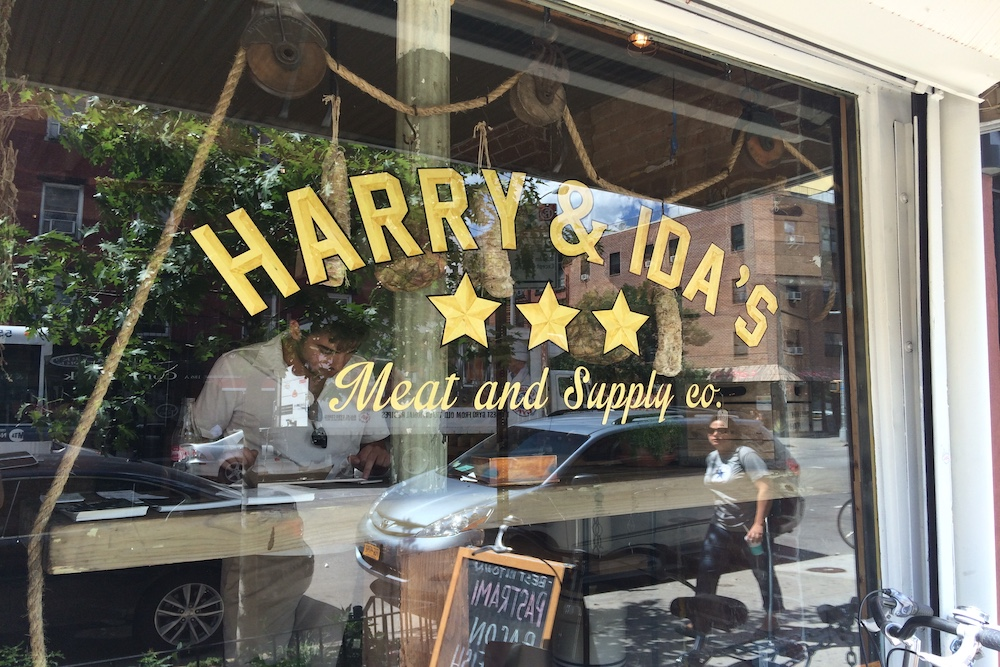 Harry & Ida's opened in 2015 with Meat and Supply Co., a sandwich counter and general store located in NYC's East Village carrying locally sourced and in-house prepared goods. They are dedicated to preserving the traditions and heritage ingredients of our past, while always looking forward to the future of food sustainability. The shop takes its name from their great grandparents, Harry (aka. "Pops") & Ida, who opened a kosher delicatessen in Harlem nearly a century ago, as Hungarian immigrants.

Located in downtown Newark, New Jersey, Hobby's Delicatessen and Restaurant has been run by the Brummer family since 1962. An old-fashioned Jewish delicatessen, Hobby’s still pickles its own legendary corned beef in fifty-gallon stainless steel vats, and its potato pancakes are a must-have. Soups are hearty and, of course, homemade. 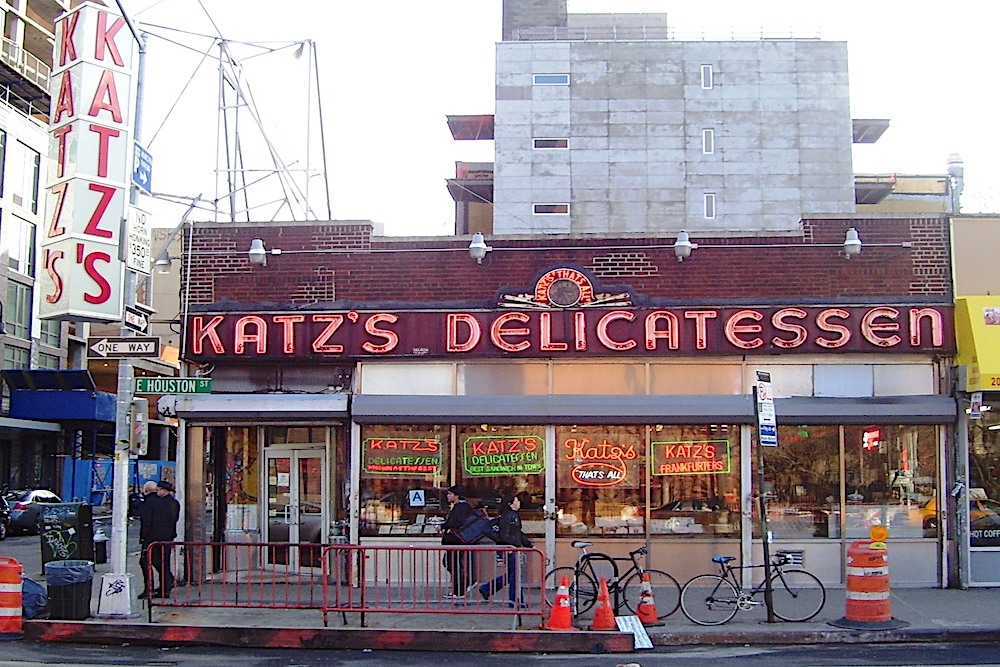 Each week thousands of visitors from around the world flock to Katz's to dine in this legendary deli, and to feast on the most delectable sandwiches, platters and meats. But it's really New Yorkers have made Katz's Delicatessen what it is, making Katz's an inherent part of the city's culture and history. They enthusiastically spread the word, brought their friends in, wrote books, shot films, and kept coming back for a pastrami on rye. 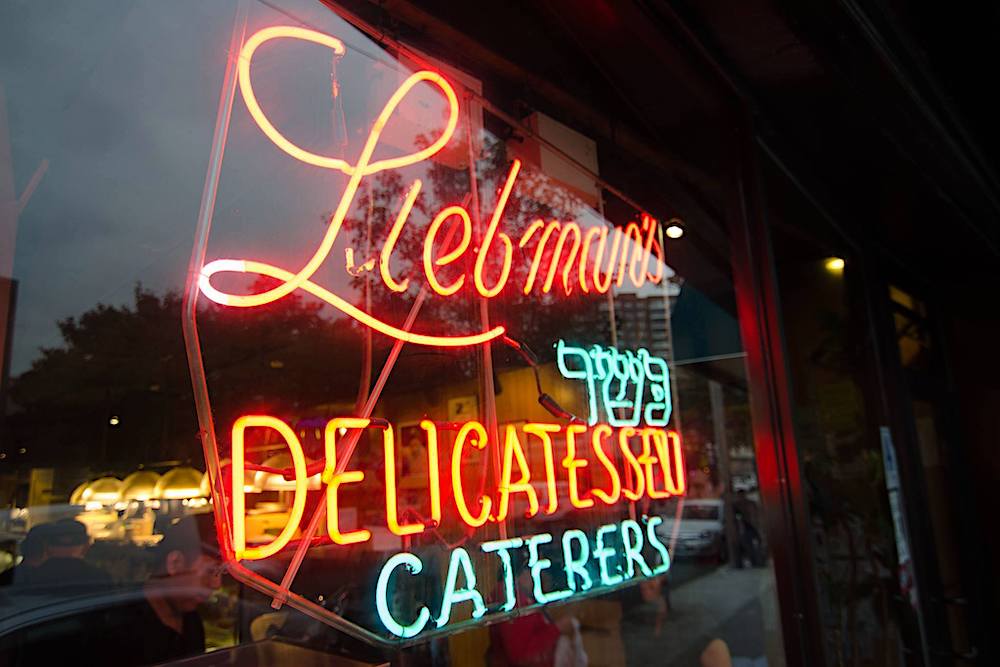 Liebman's Kosher Delicatessen & Catering is a landmark in Bronx, New York, providing the best in kosher foods and catering services. Since 1953, this local Jewish deli has been a family tradition, both for the deli and for their customers. Whether you are looking for the finest in kosher foods, excellent catering, or a great place in the Bronx to dine in or takeout, make them your first choice in the Bronx. 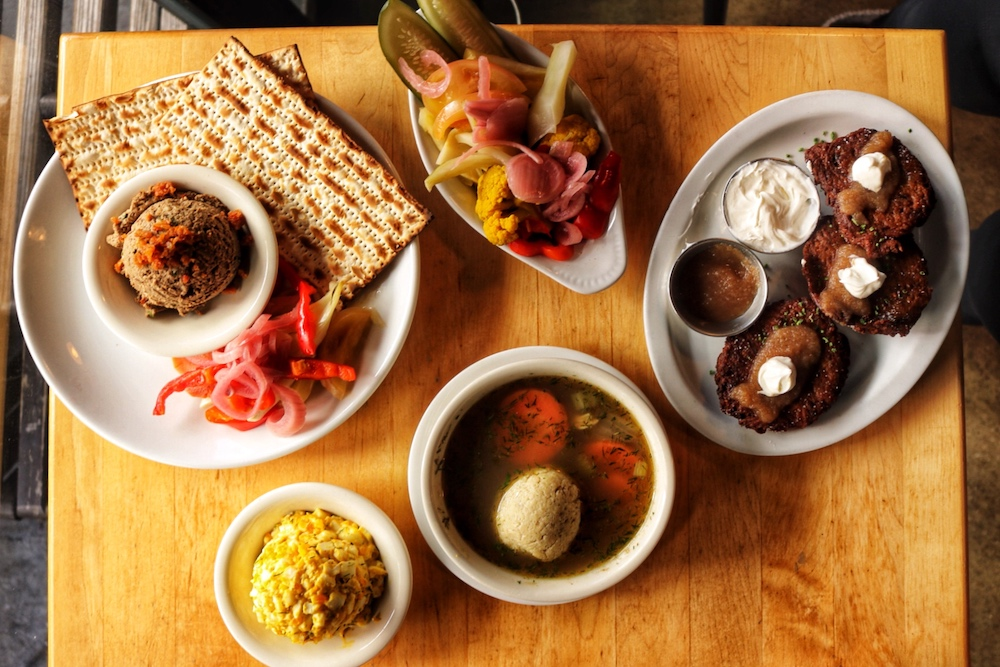 Mile End Deli started with a mission: to continue the legacy of their grandmothers’ cooking and introduce Montreal-style cuisine to New York. They opened the first Mile End, their tiny Brooklyn restaurant, in 2010 with a goal of sharing the classic Jewish comfort food of their childhood and introducing new type of cuisine. 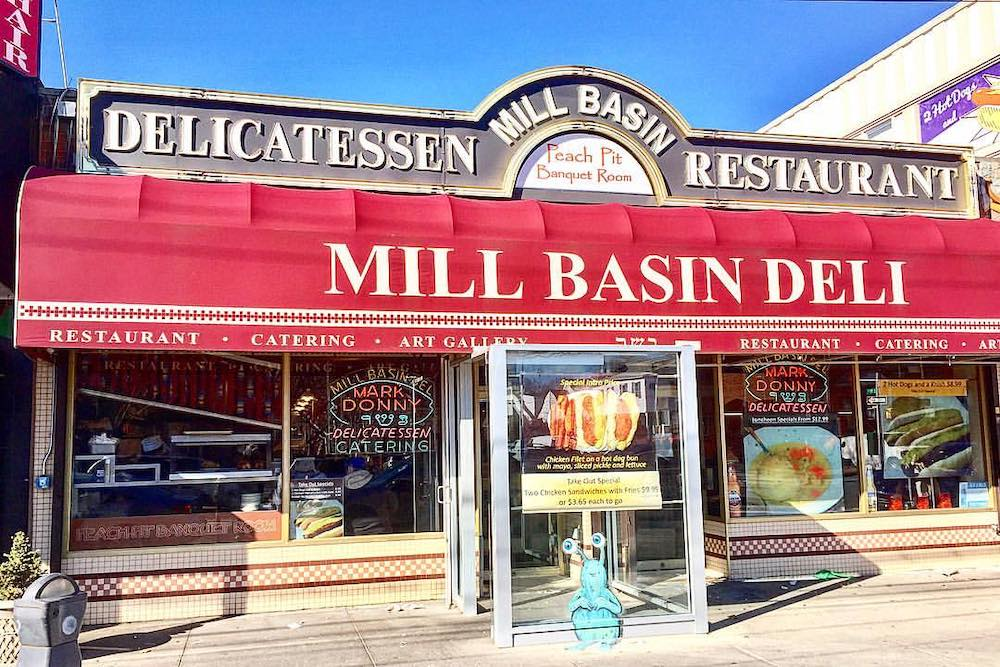 In the heart of Mill Basin, Brooklyn, sits the classic New York deli, Mill Basin Deli with an amazing secret. The deli’s owner, Mark Schachner, has been lining its walls with priceless works of art for the past 20 years. Mark is a man dedicated to serving mouth-watering overstuffed sandwiches, with little time for the pretense of the art world, but around the time he opened the deli in 1973 he started developing an interest in art and began his own collection. In the 1990s, Mark began bringing some of his favorite pieces from home into the restaurant purely for his own enjoyment. 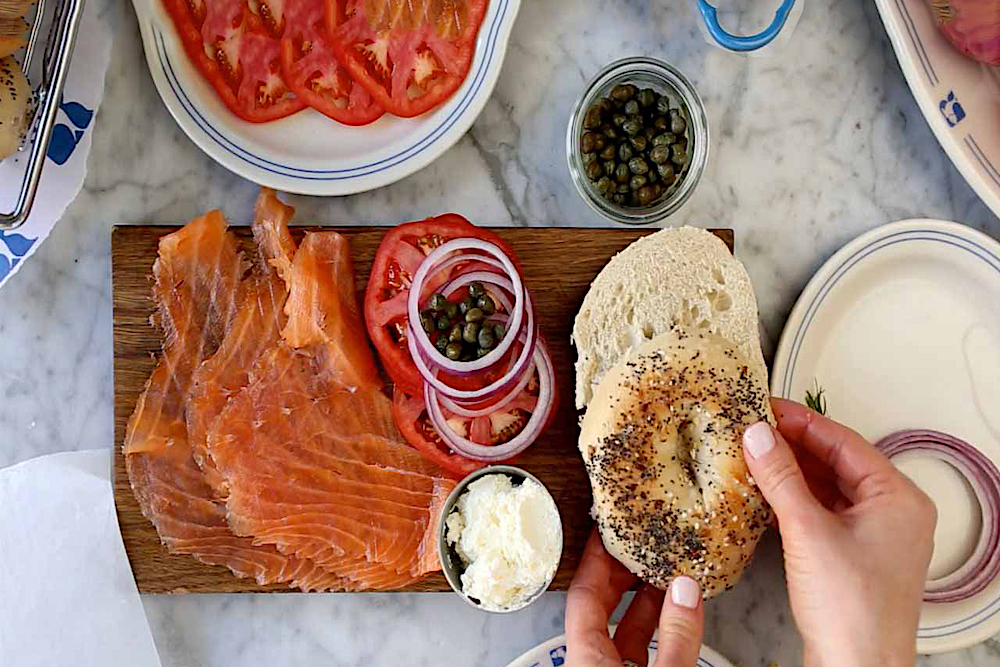 For over 100 years, Russ & Daughters — and now the Russ & Daughters Cafe — has been an integral part of the history of New York City, a touchstone in the lives of generations, and the torchbearer of Jewish food in America. At Russ & Daughters Cafe, expert smoked salmon slicers work their craft in front of guests; an open kitchen provides an over-the-counter connection like one feels in the store; a soda fountain bar beckons with homemade sodas, egg creams, shrubs, and superb cocktails; friendly staff proudly wear the iconic white Russ & Daughters lab coats; and 101 years of living history permeates throughout the entire space.

EAT AT SARGE'S DELICATESSEN AND DINER 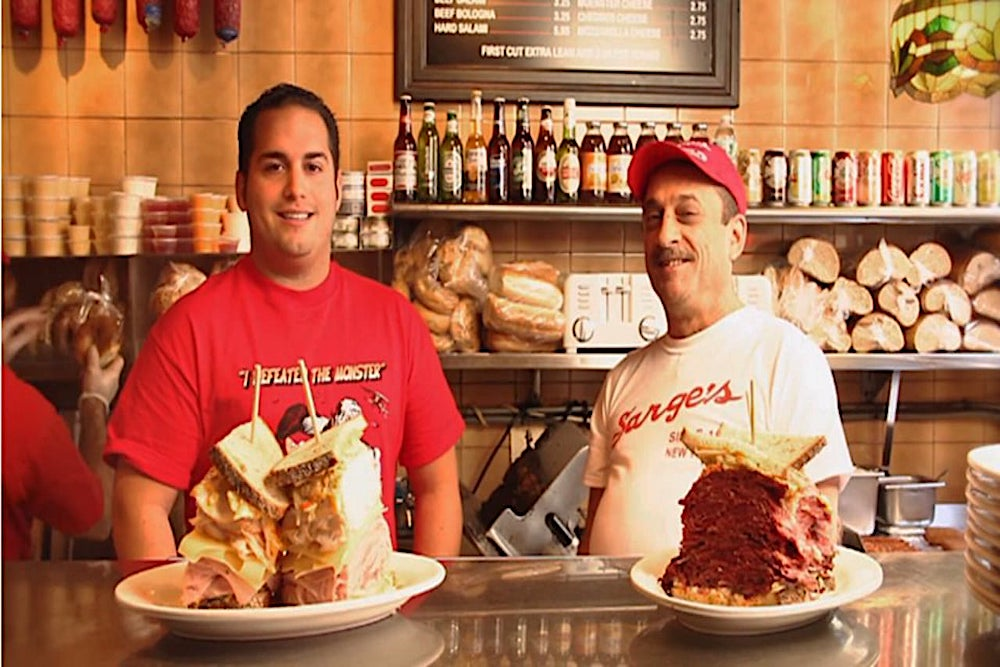