Budapest, Hungary’s capital, is bisected by the River Danube. Its 19th-century Chain Bridge connects the hilly Buda district with flat Pest. A funicular runs up Castle Hill to Buda’s Old Town, where the Budapest History Museum traces city life from Roman times onward. Trinity Square is home to 13th-century Matthias Church and the turrets of the Fishermen’s Bastion, which offer sweeping views. Spend at least 2 days in Budapest to explore the 10 experiences below: 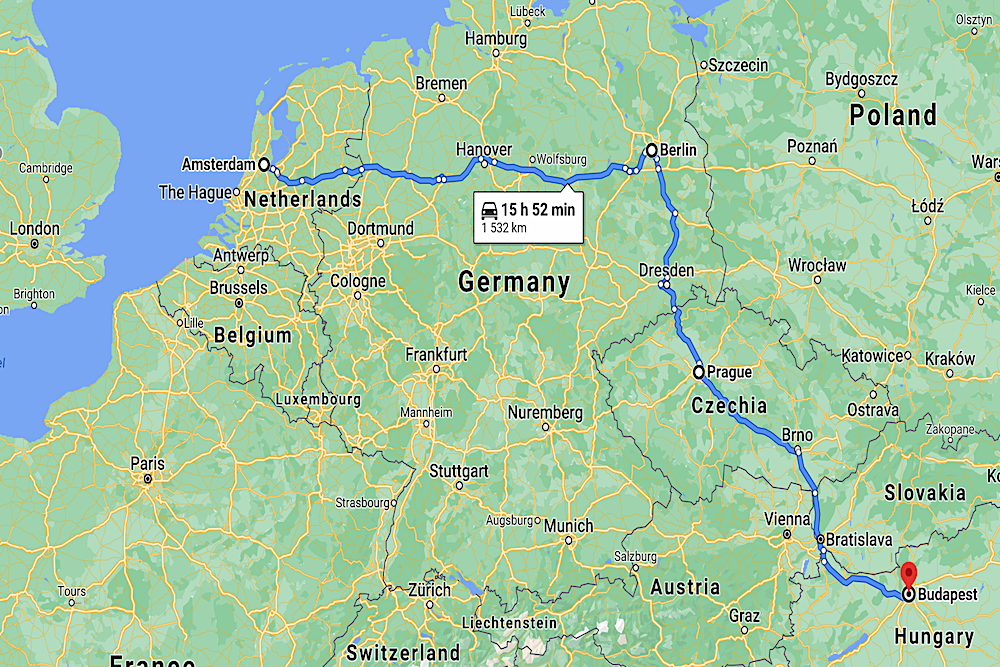 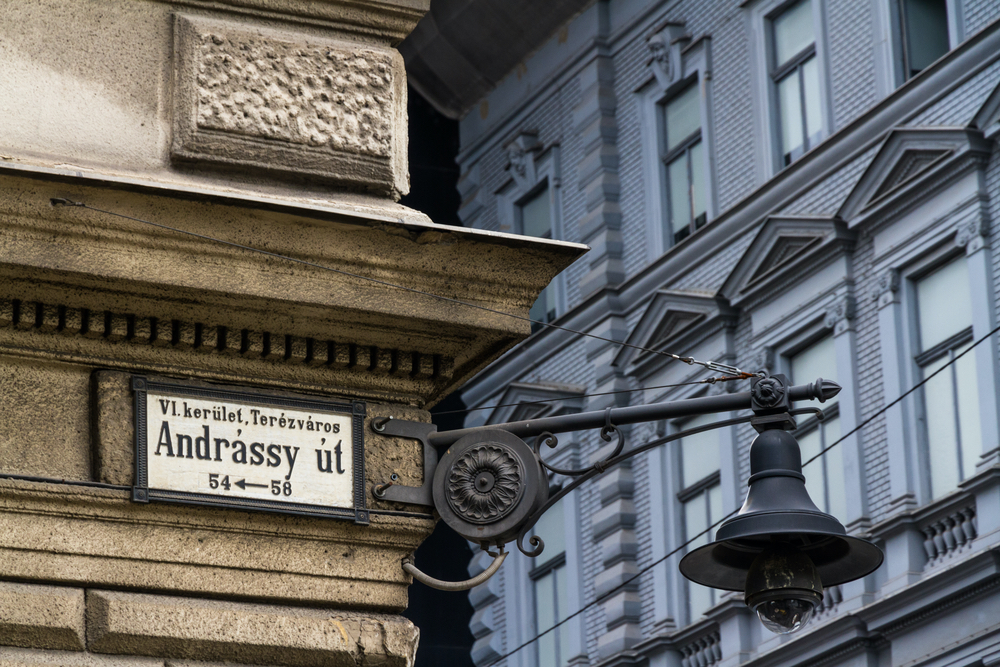 Andrássy Avenue is a boulevard dating back to 1872. It links Erzsébet Square with the Városliget. Lined with spectacular Neo-renaissance mansions and townhouses featuring fine facades and interiors, it was recognised as a World Heritage Site in 2002. 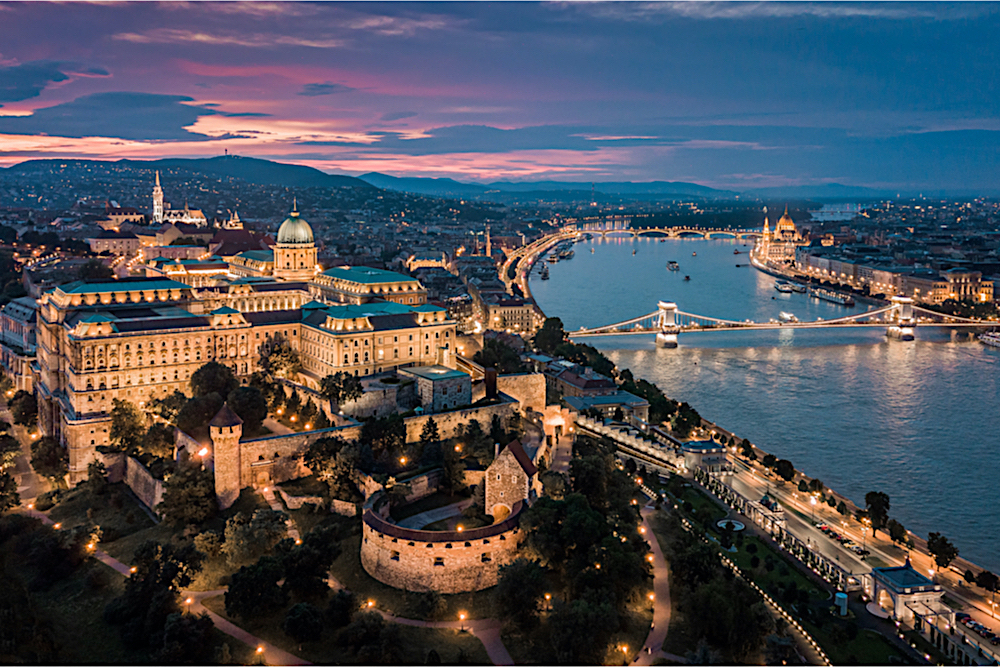 Buda Castle is the historical castle and palace complex of the Hungarian kings. It was first completed in 1265, but the massive Baroque palace today occupying most of the site was built between 1749 and 1769. The complex in the past was referred to as either the Royal Palace or the Royal Castle. 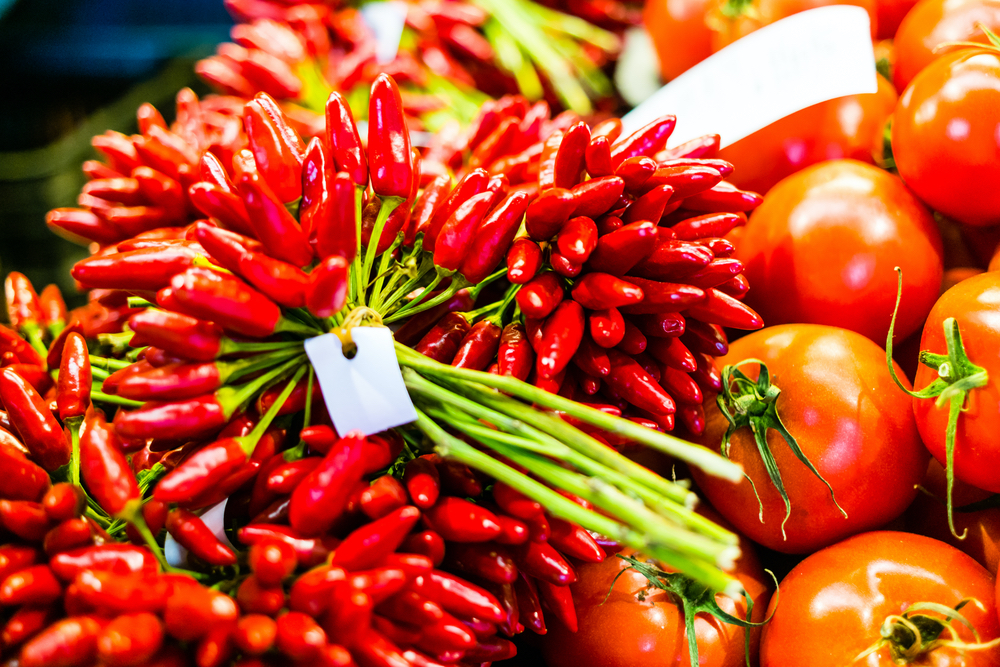 The Central Market Hall was commissioned by the mayor of the city. The Hungarian architect Samu Pecz was charged of designing the large market and the structure was completed in 1897. During World War II the market was completely destroyed and during the following years, it was slowly but surely abandoned. In 1991, the Market went bankrupt and closed for a couple of years. Three years later, the building was restored and nowadays it is one of the most visited attractions in Budapest. 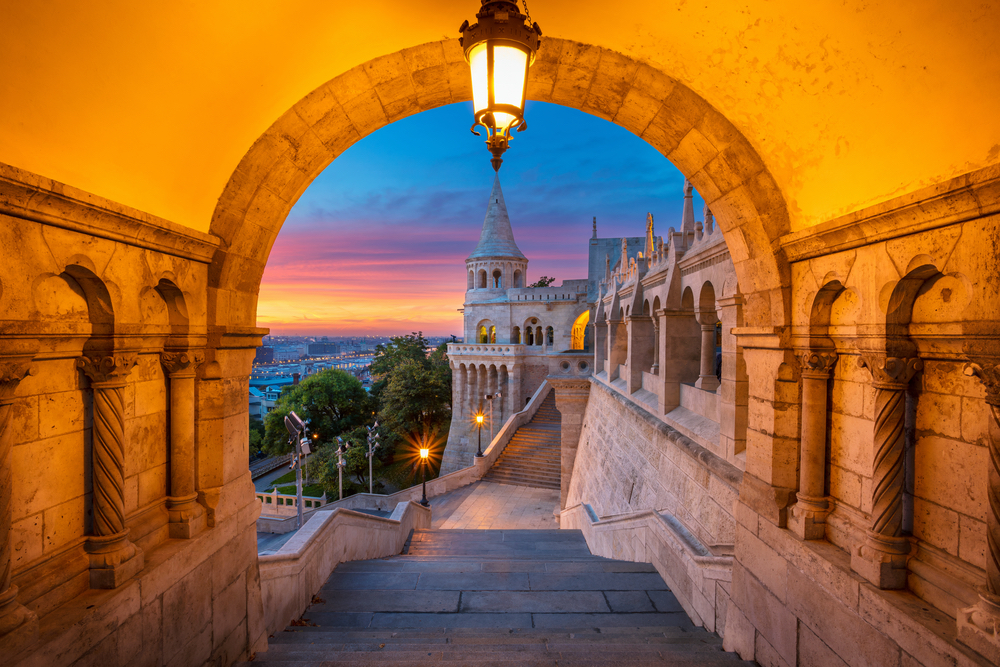 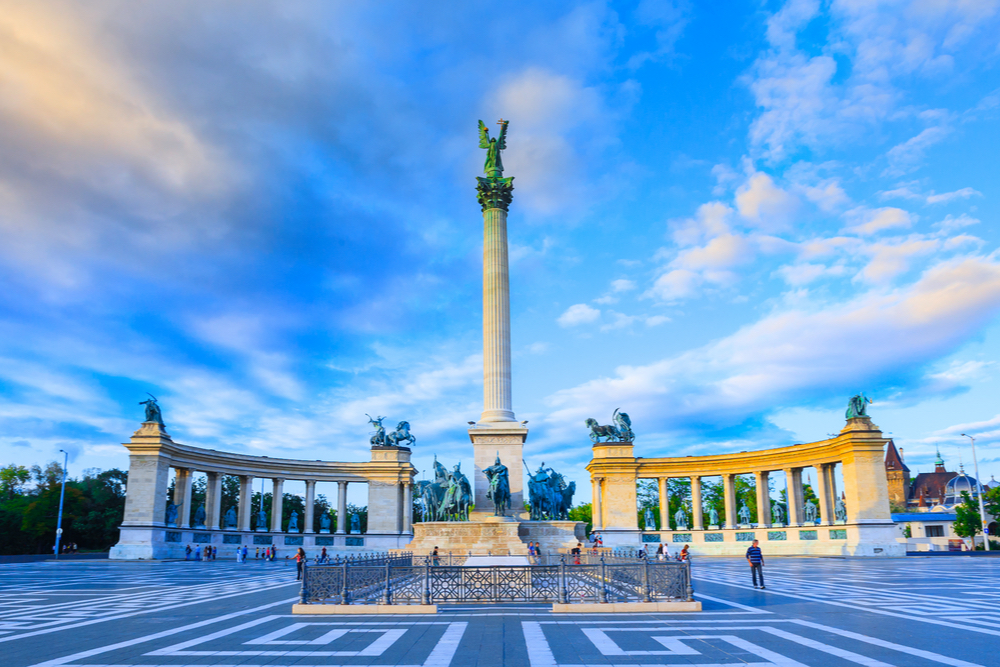 Heroes’ Sq is the largest and most symbolic square in Budapest. It is dominated by the Millenary Monument, a 36m-high pillar topped by a golden Archangel Gabriel, holding the Hungarian crown and a cross. At the column's base are Prince Árpád and six other Magyar chieftains who occupied the Carpathian Basin in the late 9th century. The 14 statues in the colonnades behind are of rulers and statesmen – from King Stephen (far left) to Lajos Kossuth (far right). It was designed in 1896 to mark the 1000th anniversary of the Magyar conquest of the Carpathian Basin. 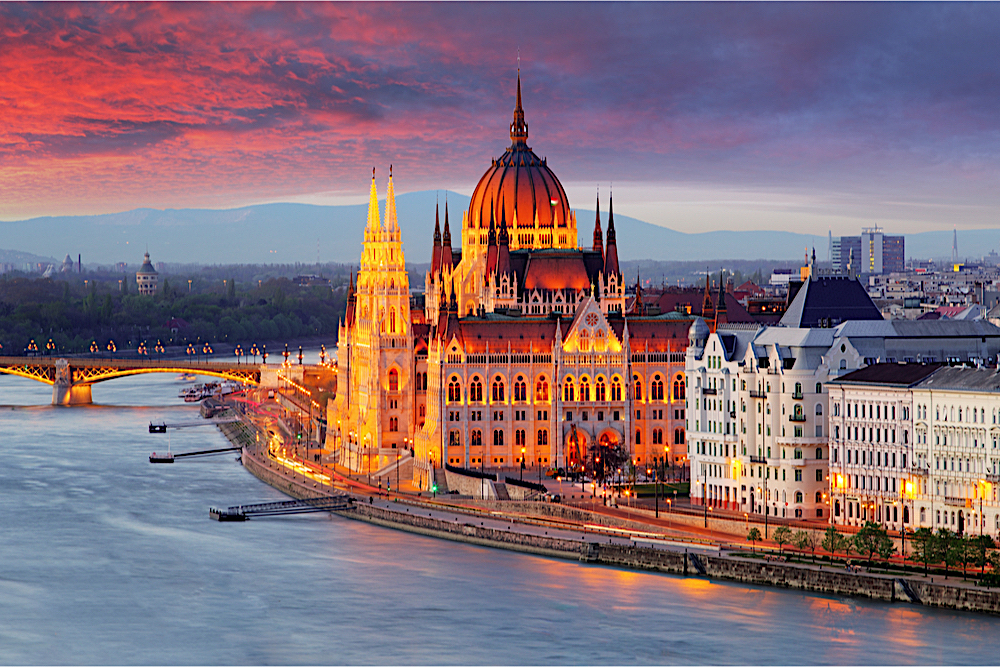 The Hungarian Parliament Building, also known as the Parliament of Budapest after its location, is the seat of the National Assembly of Hungary, a notable landmark of Hungary, and a popular tourist destination in Budapest. It is situated on Kossuth Square in the Pest side of the city, on the eastern bank of the Danube. It was designed by Hungarian architect Imre Steindl in neo-Gothic style and opened in 1902. It has been the largest building in Hungary since its completion. 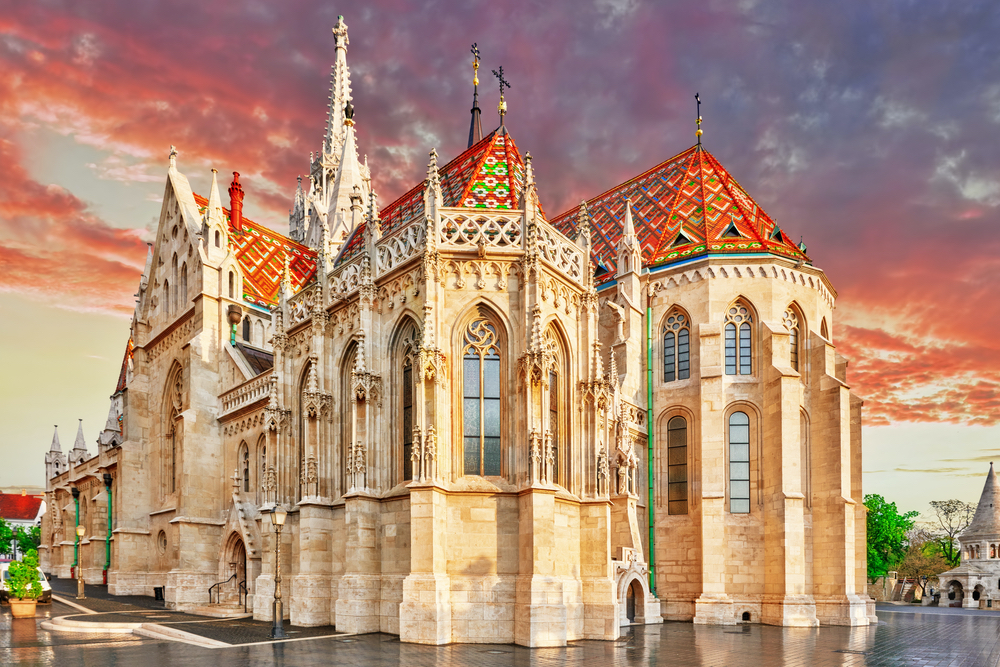 Used by Hungarian kings as a coronation church centuries ago,  Matthias Church is currently a Roman Catholic church with holy masses, stunning architecture and classic concerts. According to historians the original church that stood where the current building is standing was founded by Szent Istvan (Saint Stephen), who was the first king of Hungary in 1015. Located at the very heart of Buda’s Castle District in front of the Fisherman’s Bastion, Matthias Church is one of the finest churches in Budapest. 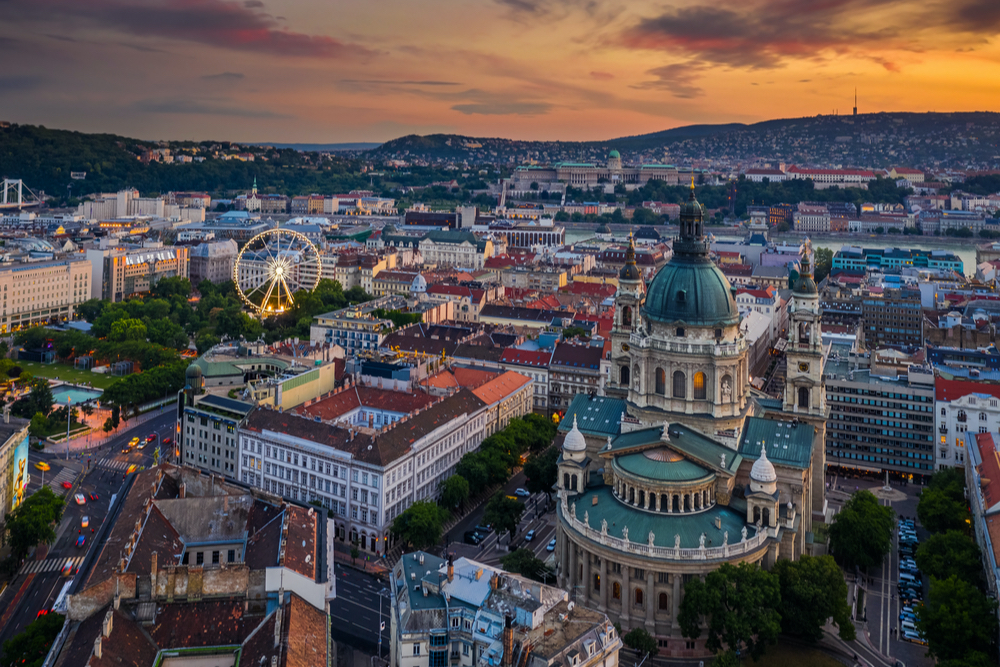 St. Stephen's Basilica is a Roman Catholic basilica named in honour of Stephen, the first King of Hungary, whose right hand is housed in the reliquary. 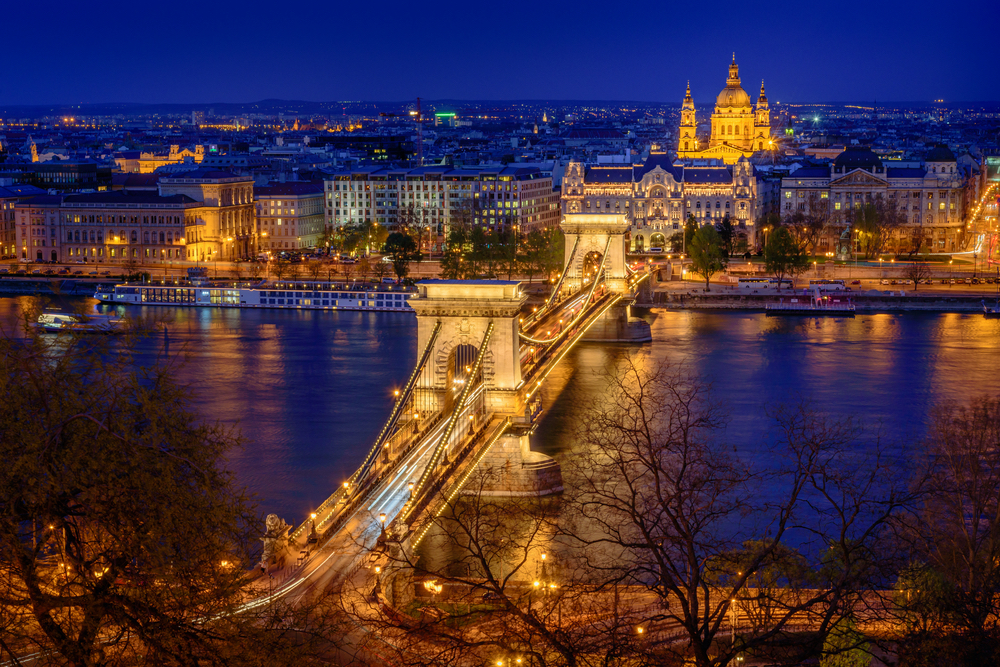 The Széchenyi Chain Bridge spans the River Danube between Buda and Pest, the western and eastern sides of Budapest, the capital of Hungary. Designed by English engineer William Tierney Clark and built by Scottish engineer Adam Clark, it was the first permanent bridge across the Danube in Hungary. It was opened in 1849. It is anchored on the Pest side of the river to Széchenyi (formerly Roosevelt) Square, adjacent to the Gresham Palace and the Hungarian Academy of Sciences, and on the Buda side to Adam Clark Square, near the Zero Kilometre Stone and the lower end of the Castle Hill Funicular, leading to Buda Castle. 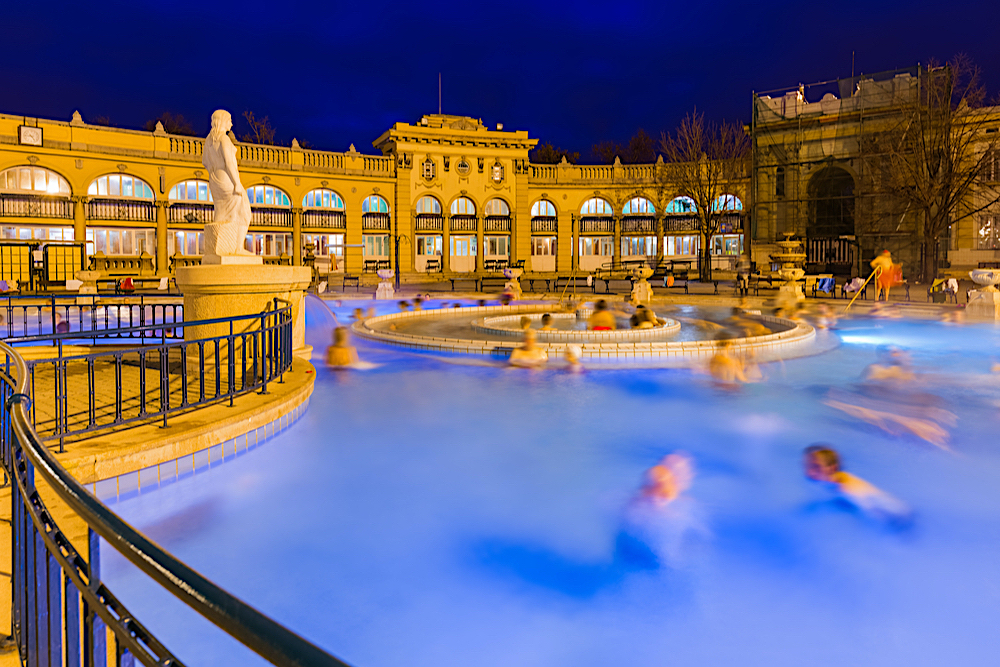 The Széchenyi Medicinal Bath is the largest medicinal bath in Europe. Its water is supplied by two thermal springs, their temperature is 74 °C and 77 °C. Gellert Baths are part of the famous Hotel Gellért in Buda. The bath complex was built between 1912 and 1918 in the (Secession) Art Nouveau style. It was damaged during World War II but then rebuilt.

WHEN TO GO: The best times to visit Budapest are from March to May and September through November. These shoulder seasons are when the weather is idyllic and the city isn't overcrowded with tourists. However, the climate is always relatively mild, with temperatures rarely exceeding bearable levels.

VISA: Hungary is one of the 26 European countries forming the Schengen Area which have no border controls between them. These countries also issue a common visa, the Schengen visa for a stay of up to 90 days in any period of 180 days.

HOW TO GET AROUND: Walking is the best way to explore Budapest. It also has very good public transport. 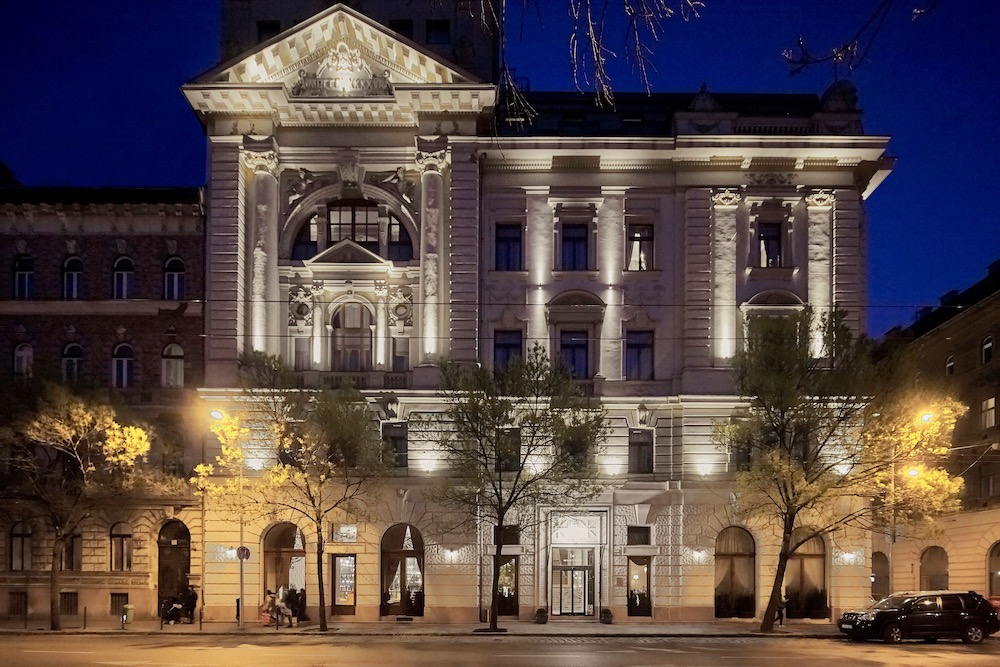 Mystery Hotel Budapest is a new, 82-room luxury hotel located in the 6th district, the city center of Budapest. Budapest’s main attractions are within walking distance of the hotel. The unique theme hotel, opened in 2019, is located in a unique location. The building’s history dates back to 1896. The theme of the hotel is surrounded by strange legends and secrets. 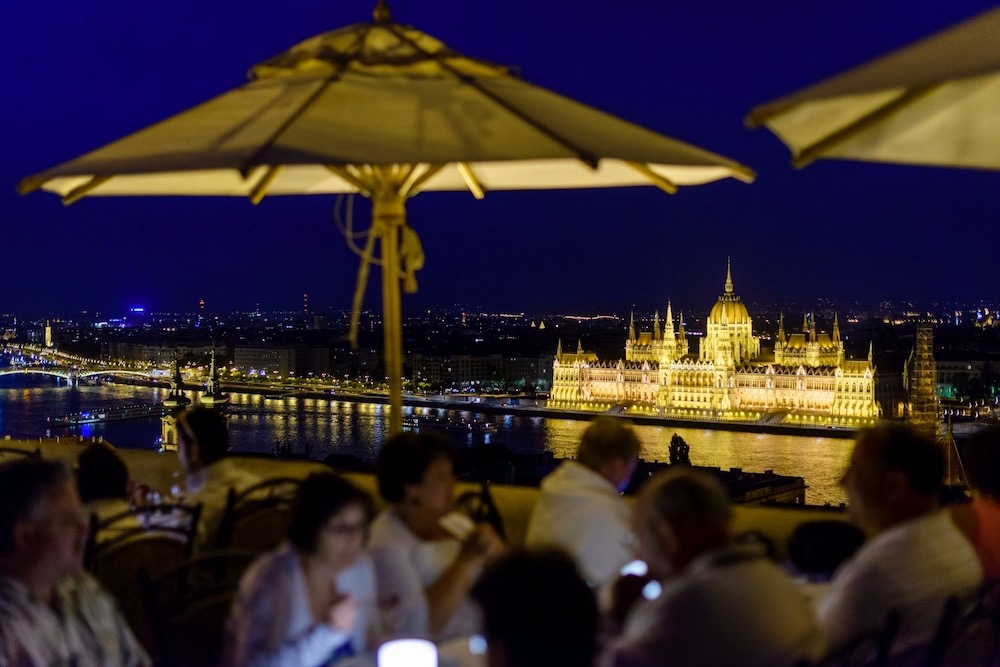 Halászbástya Restaurant is not only a restaurant. It is an expression of mood and feeling that much harder to describe than to try it and being a part of the miracle… Located in the Buda Castle District, Fisherman's Bastion is one of Budapest's best-known landmarks, and is a favourite tourist destination. Built in the Romanesque Revival style, the Bastion's terraces offer a stunning view of Budapest. The Danube and the Parliament building can perhaps be seen at their finest from the vantage point of the Fisherman's Bastion. 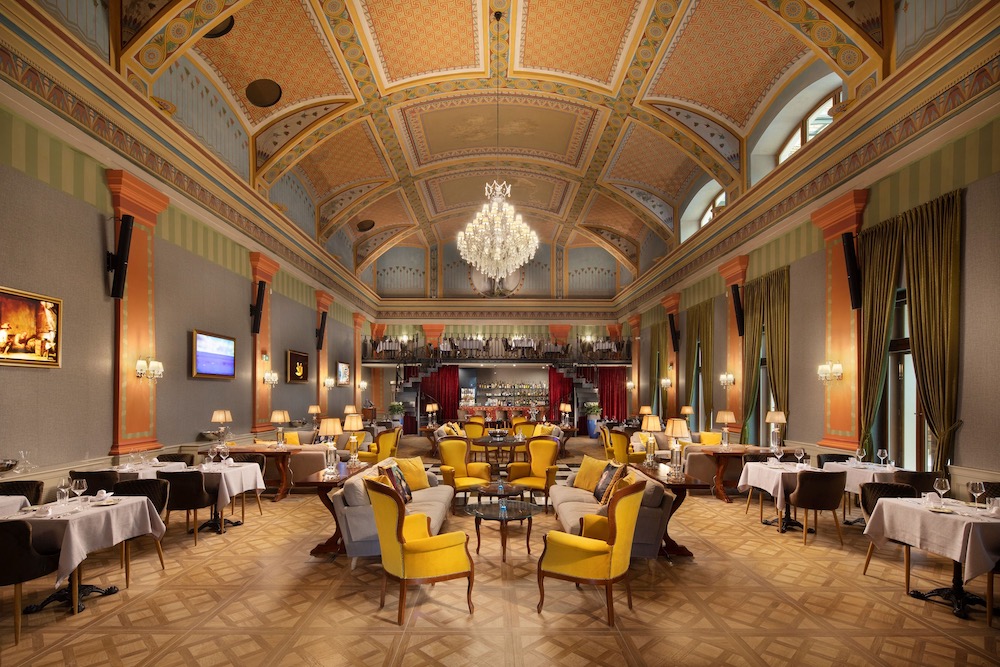 The breathtaking Great Hall, built in Egyptian style, is characterized by its giant chandelier, columns, heavy curtains and two iron spiral staircases leading to the Loggia. “The Great Hall” seats up to 88 persons, of which 64 on the ground floor and an additional 24 persons in the Loggia. Open from October to May.

EAT AT THE SKY GARDEN 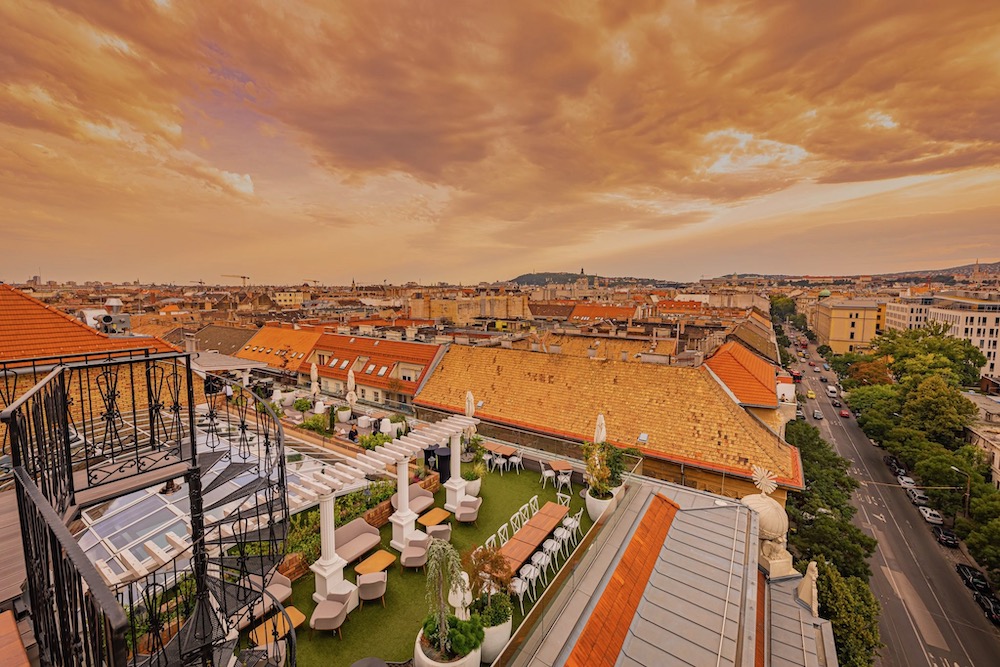 Here, in the shadow of a Doric column, you can admire the magnificent view of the city. The royal palace almost floats in front of you and the Eiffel-designed Nyugati Railway Station is a stunning building just a short walk away. In the distance you can see the Castle of Buda, the Fishermen’s Bastion and Gellért Hill. The Sky Garden awaits guests with special cocktails and snacks and can hold up to 50 people. Open from May to October. 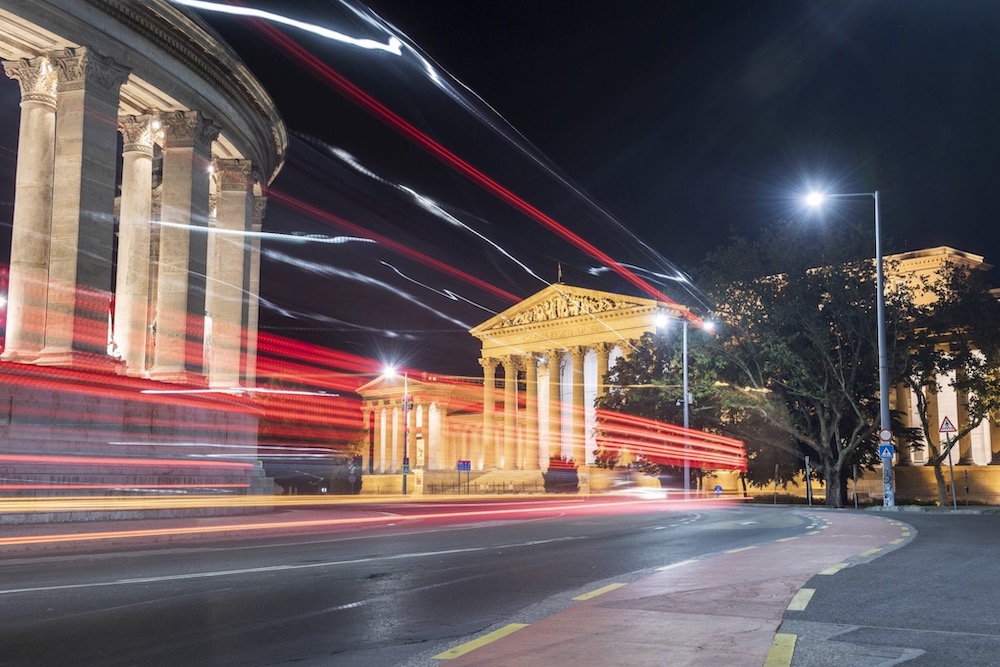 Budapest Day Trips  specialize in creating private and unique Budapest sightseeing tours and day trips from Budapest to other cities of Hungary and neighbouring countries like Vienna or Bratislava. 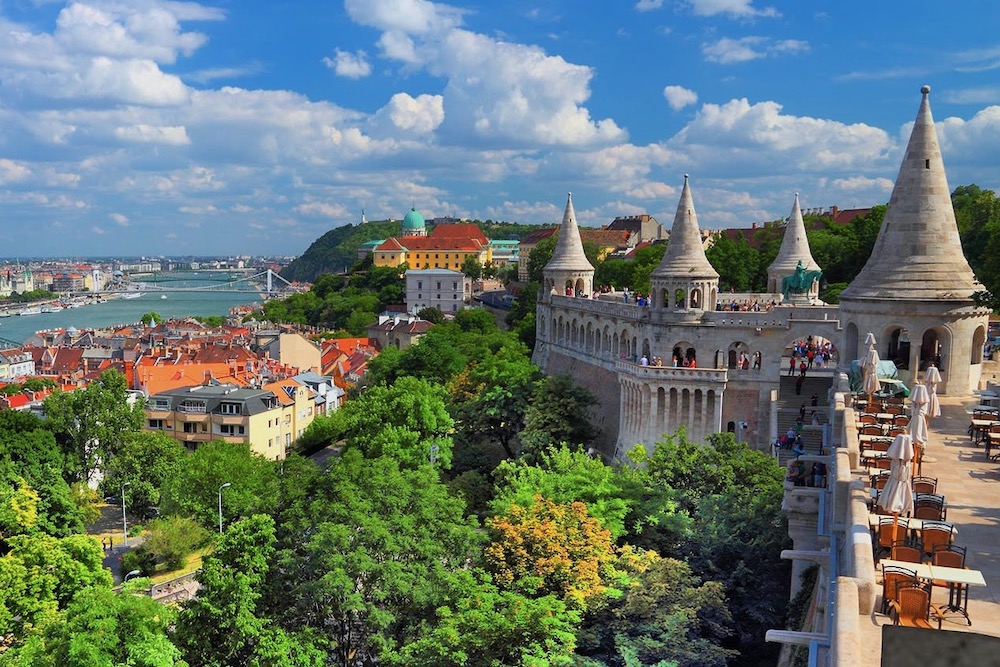 Sweet Travel Private Tours is a family-run travel agency, the specialist of designing customized, high-quality comprehensive escorted tours in Hungary. They provide a wide range of private city tours, excursions, as well as personal transfer services for individual travelers, business travelers and groups in and out of Budapest.

PLAY AT WINE IT UP 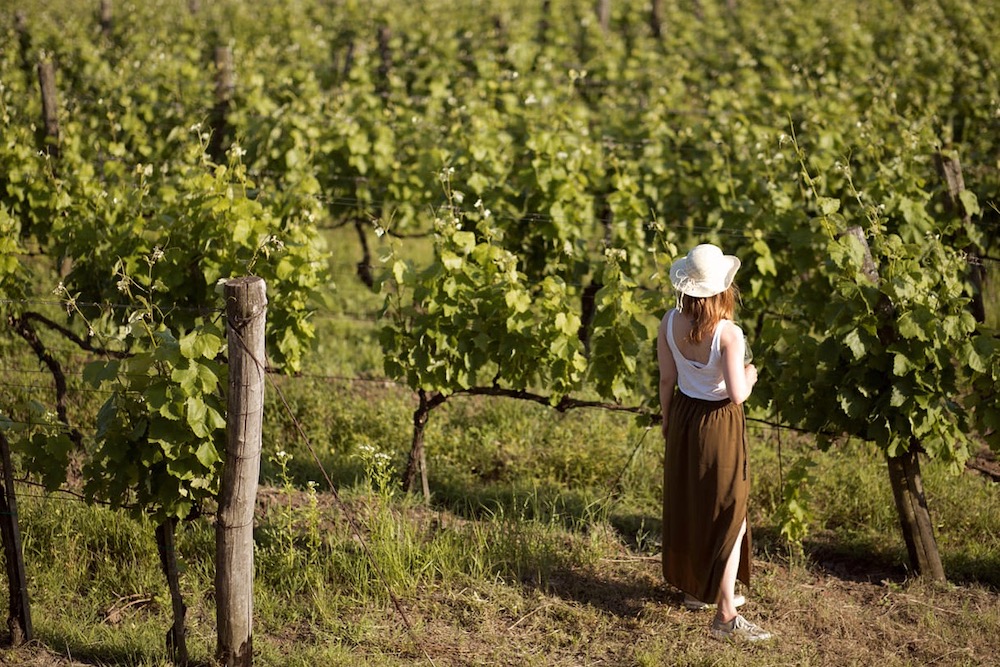 Give Wine it Up the chance to steal your heart.. with the astonishing views and diverse flavours which help you understand Hungarian cultural values better than a usual city break would. They will provide you an insight into plenty of beautiful regions you would struggle to reach as a non-local visitor. Your experience will be complete with the best wines selected to please your palate.

EAT & PLAY AT A RUIN BAR

The once beautiful part of the VII. District of Budapest called the Jewish Quarter became the Jewish ghetto during the World War II. After deported thousands of people it had been left for rotting and empty, a dark memento of what happened during the war, and never really had been restored during the communist-socialist era for decades. This is the area where all started; some brave guys opened Szimpla in 2002 without thinking of what will they actually start in the city. They actually laid down the definition of the ruin bars: get a dodgy old building before it’d be demolished, gather all colorful odds and gadgets and whatever, use them as furniture and decoration, and serve good drinks. That’s all. A great recycle bar at its finest. Today the Jewish Quarter has many exciting, fresh, unique places.