Explore 16 sublime destinations in the Var

Provence is a must for your travelwishlist! The region Provence-Alpes-Côte d’Azur comprises of 6 departments, i.e. Alpes-de-Haute-Provence, Alpes-Maritimes,  Bouches-du-Rhone, Haute-Alpes, Var and Vaucluse.In our 5th blog we explore Le Haut-Var (Upper Var), Arriere-Pays Varois (Inland) & the coast of Var: 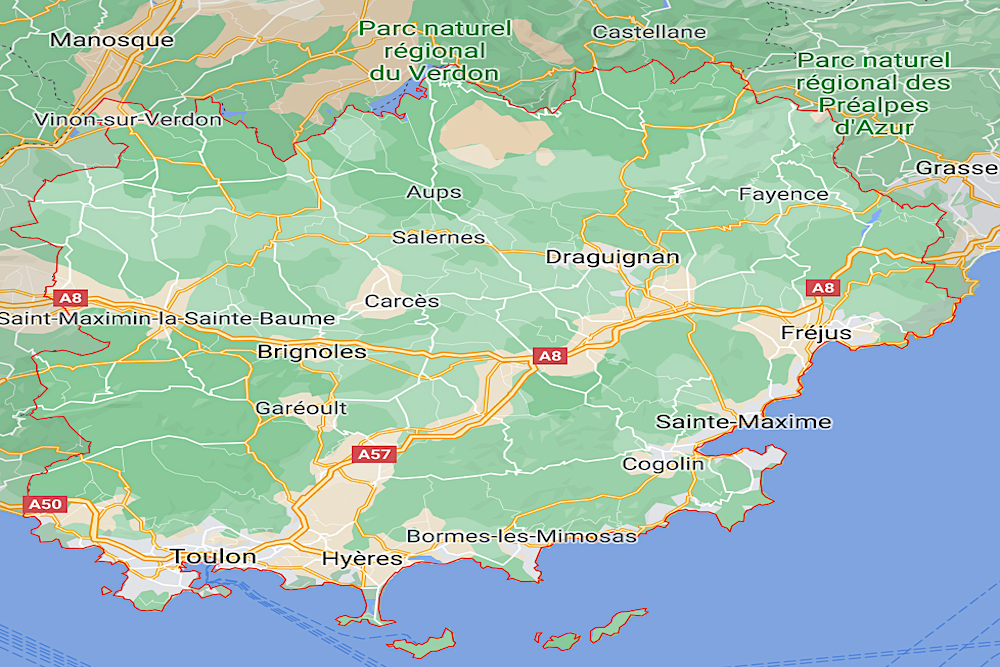 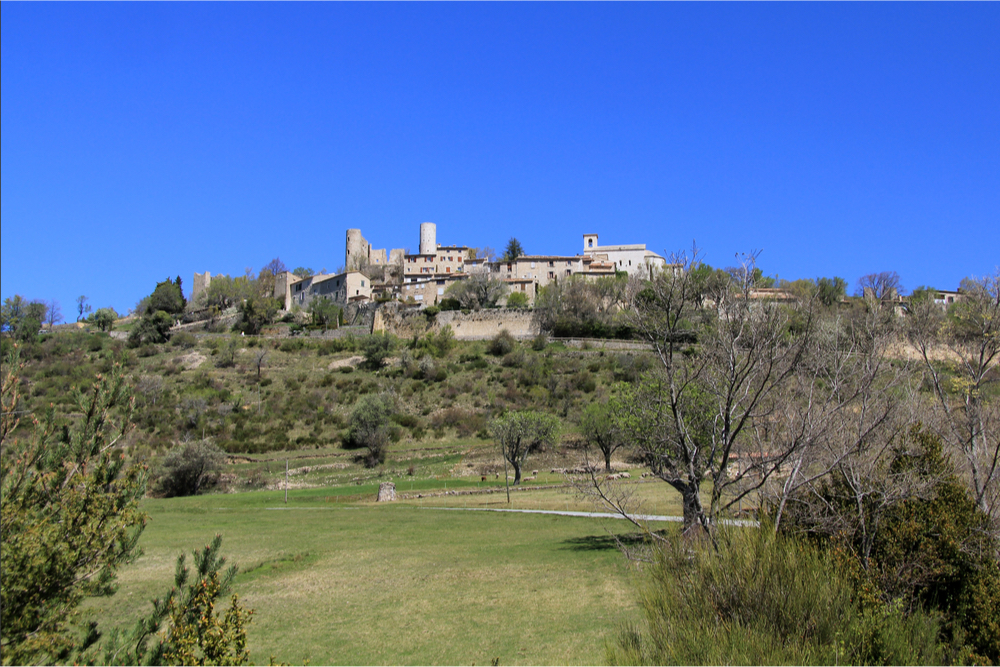 Enjoy the panoramic views from this 12th century medieval village, one of the most beautiful in France and the highest in the Var. Explore the feudal castle, Chateau Sabran de Ponteves. 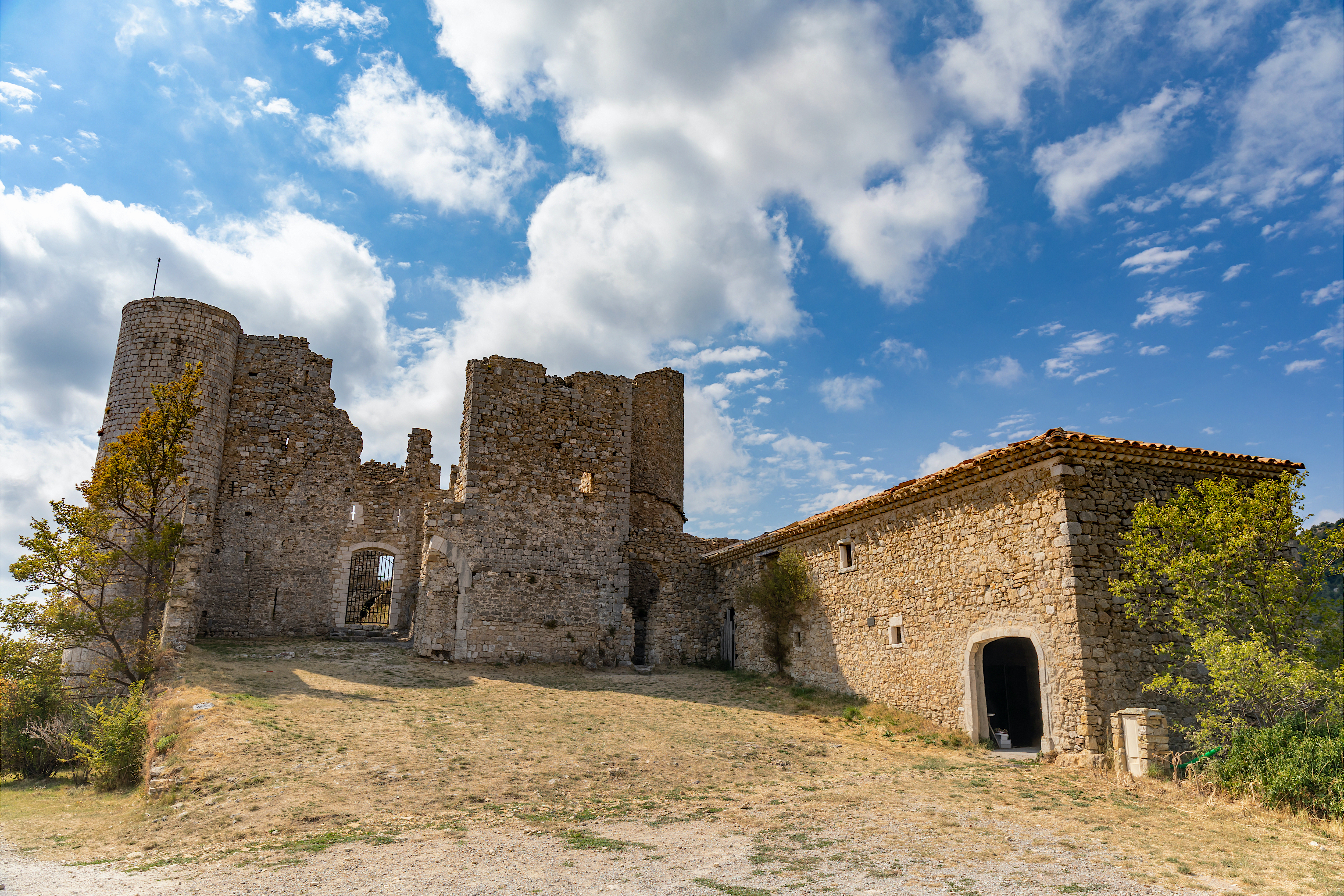 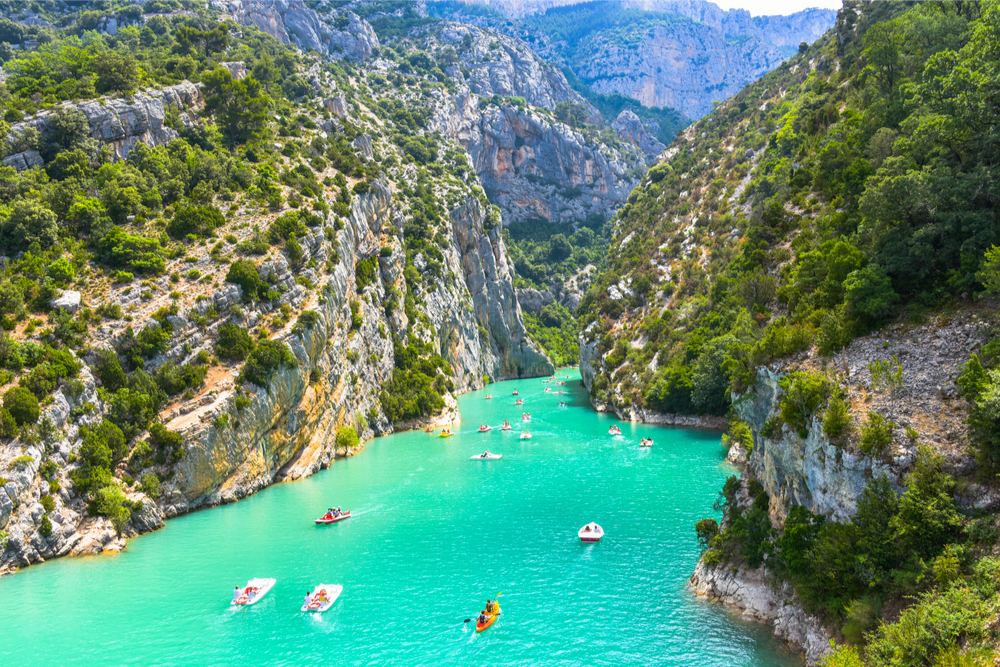 This famous river canyon is located in the Var & Hautes-Alpes and is about 25 km (15.5 mi) long and up to 700 metres (0.4 mi) deep. It was formed by the Verdon River, which is named for its turquoise-green colour, one of the canyon's distinguishing characteristics. Between the towns of Castellane and Moustiers-Sainte-Marie, the river has cut a ravine to a depth of 700 meters through the limestone mass. At the end of the canyon, the Verdon flows into the artificial Lake of Sainte-Croix. The gorge is very popular with tourists, who can drive around its rim, rent kayaks to travel on the river or hike. The limestone walls, which are several hundreds of metres high, also attract many rock climbers. 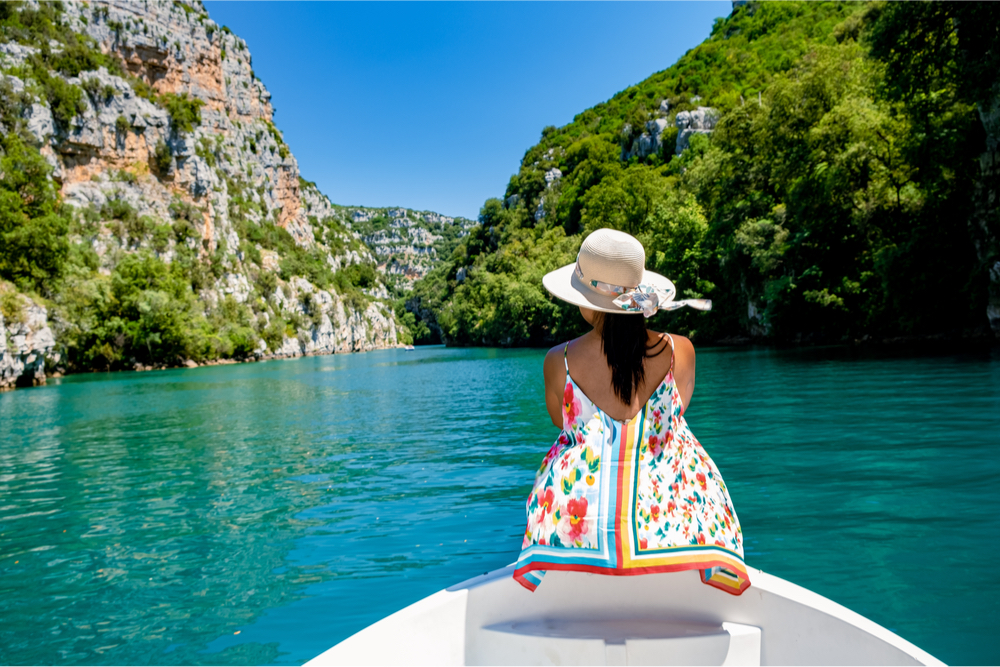 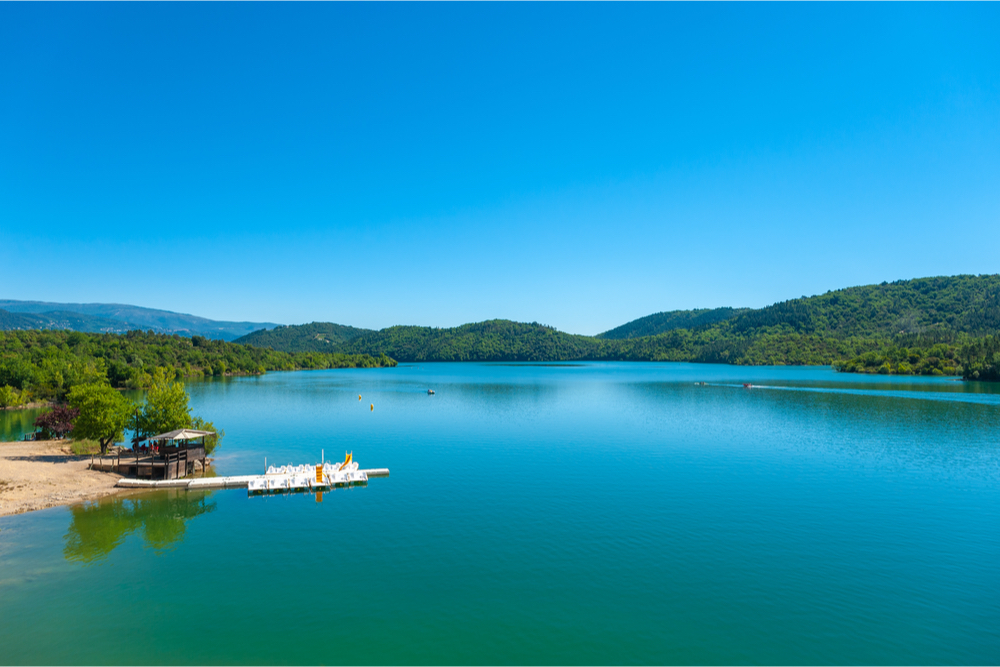 Montauroux is one of the nine villages in the Pays de Fayance in the eastern Var between the sea and the mountains. Its neighbouring town is the picturesque Callian which can be seen across a small valley. 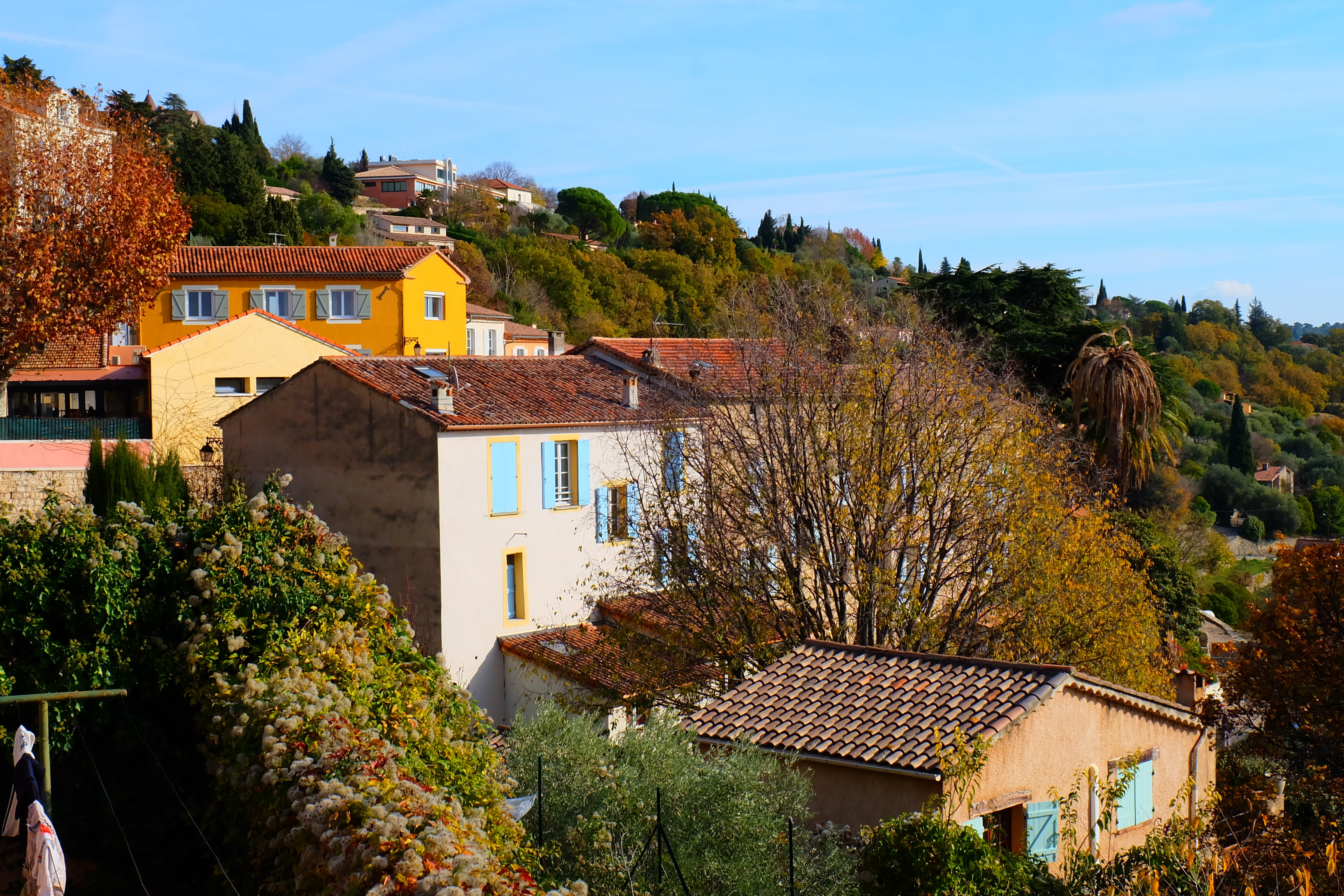 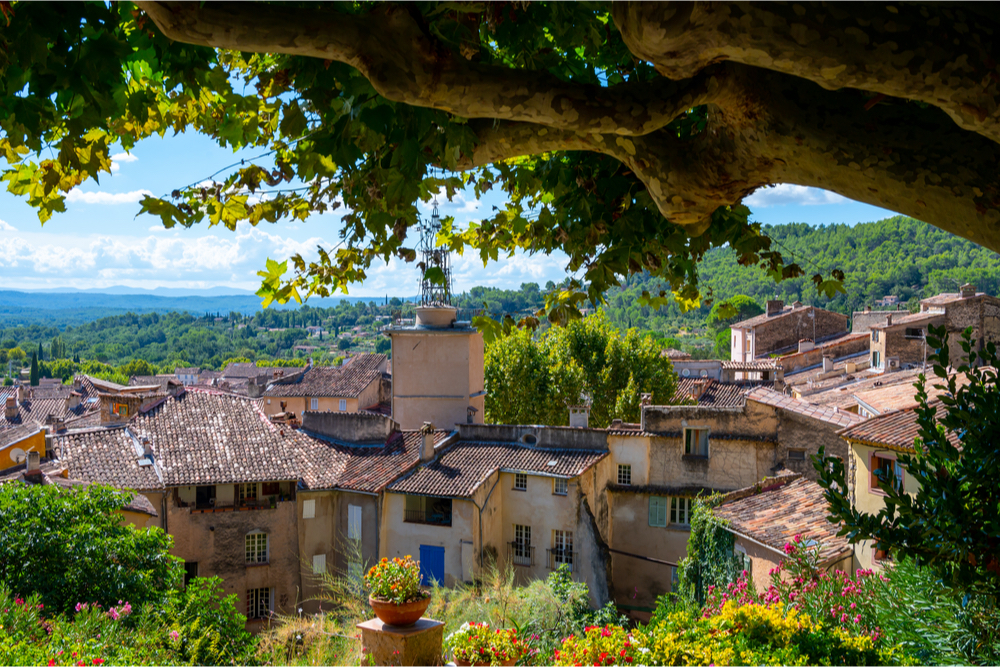 Cotignac is a typical Provencal village located at the foot of a majestic large rock. Experience the town market,  amble through the narrow streets and view the houses in the old quarter, dating from the 16th and 17th century. 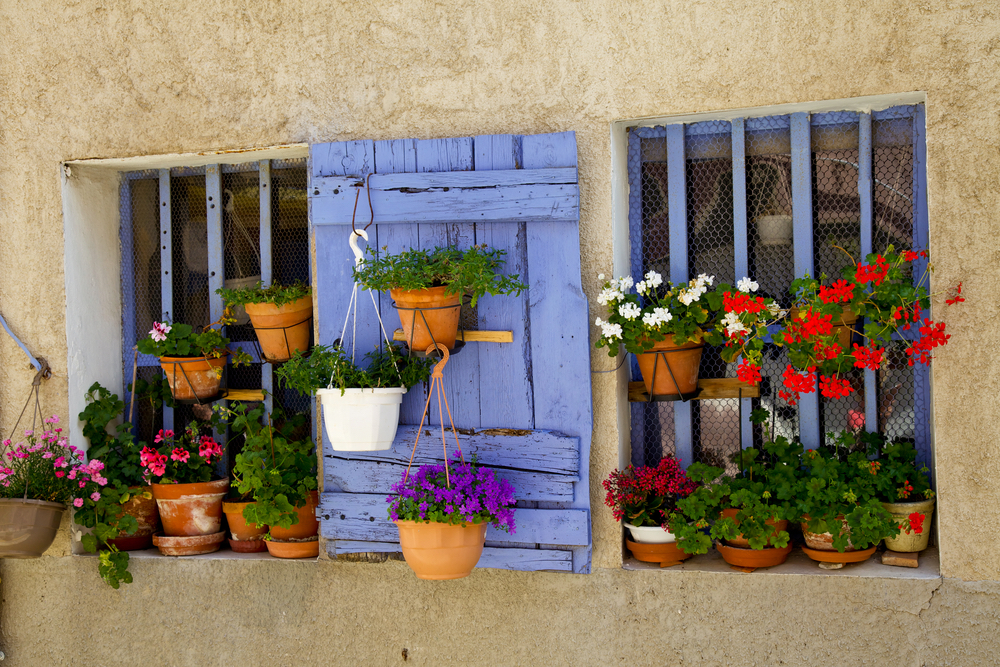 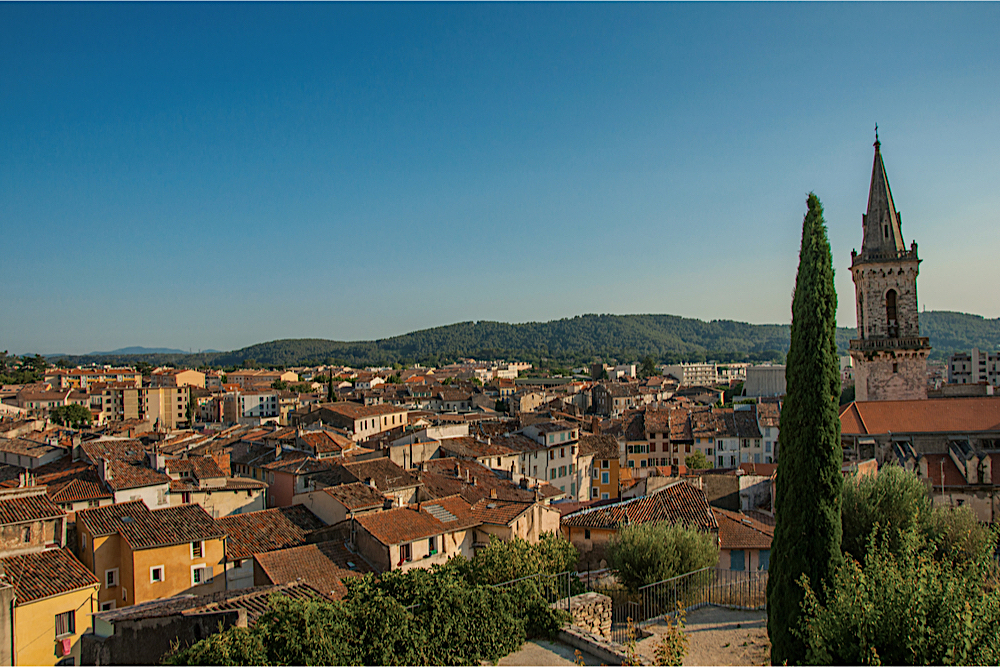 Draguignan was originally a Roman fort built on the hill which is now dominated by the distinctive 17th century clock tower with its wrought iron campanile, and a splendid view of the region from the top. According to legend, the name of the city is derived from the Latin name "Draco/Draconem" (dragon): a bishop, called Saint Hermentaire, killed a dragon and saved people. The city is 42 km (26 mi) from Saint-Tropez, and 80 km (50 mi) from Nice. 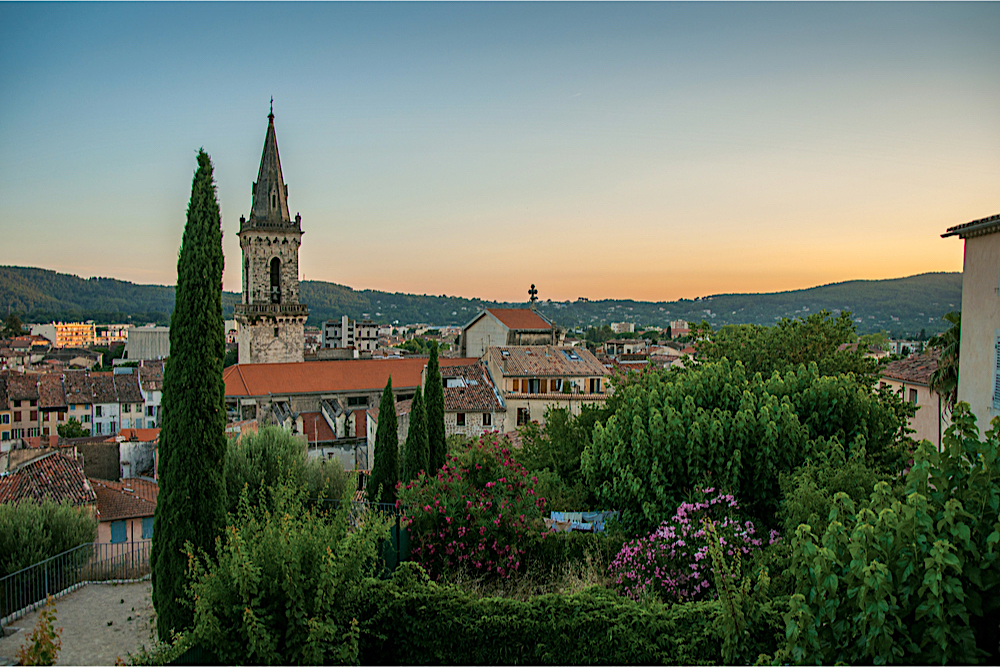 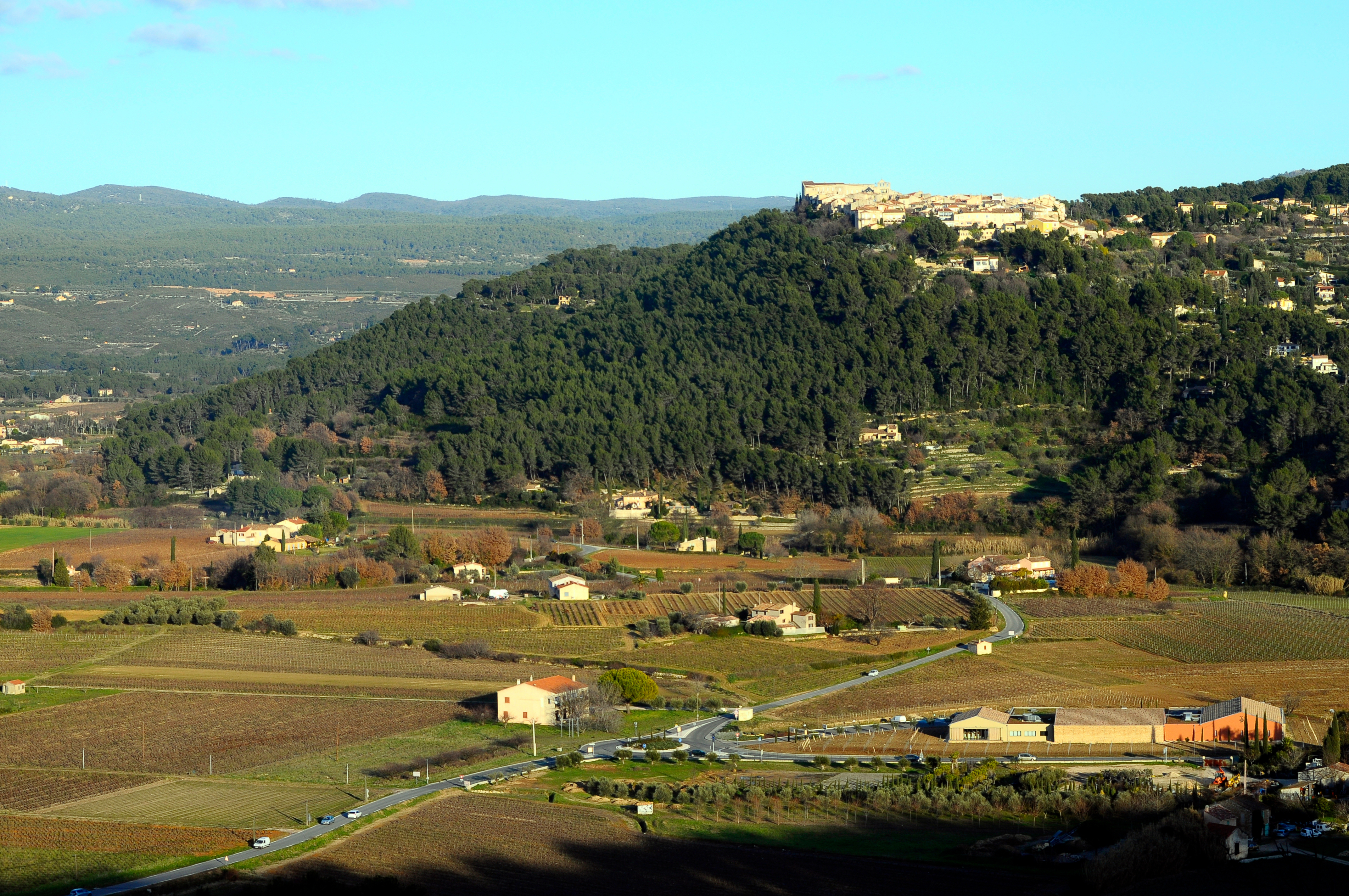 Le Castellet is a small feudal village perched on a cliff edge and is situated north-west of Toulon, next to La Cadière-d'Azur and Le Beausset. The village is surrounded by vineyards and is part of the Côtes de Provence Appellation d'origine contrôlée (AOC) of Bandol. The Circuit Paul Ricard is also located in the commune. 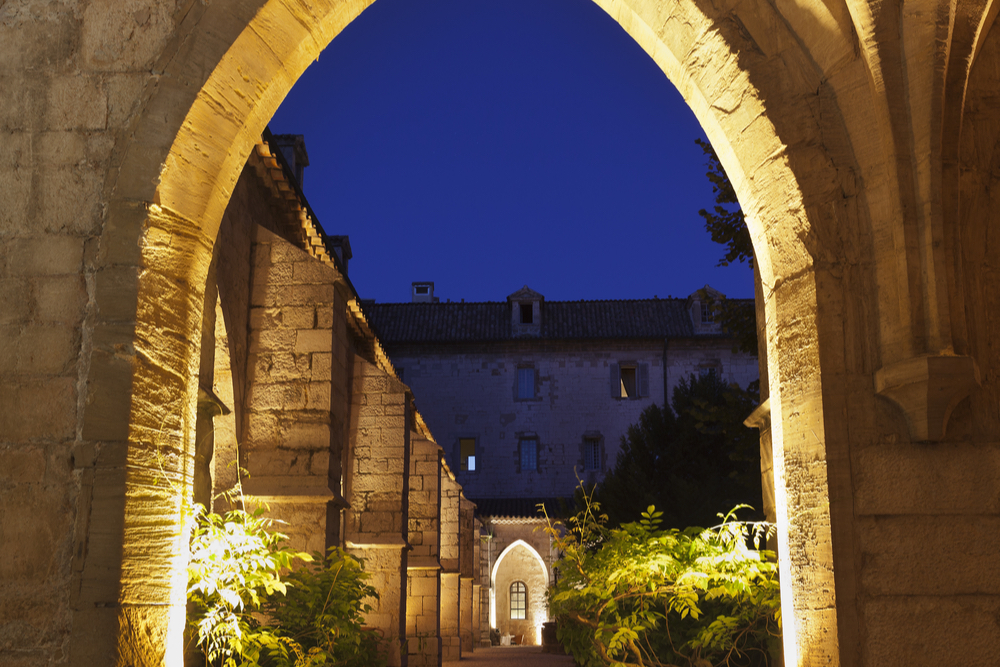 Saint-Maximin-la-Sainte-Baume lies at the foot of the Sainte-Baume mountains. Baume or bama is the Provençal equivalent of cave. The town's basilica is dedicated to Mary Magdalene. The little town was transformed by the discovery on 12 December 1279, in the crypt of Saint-Maximin, of a sarcophagus that was proclaimed to be the tomb of Mary Magdalene. 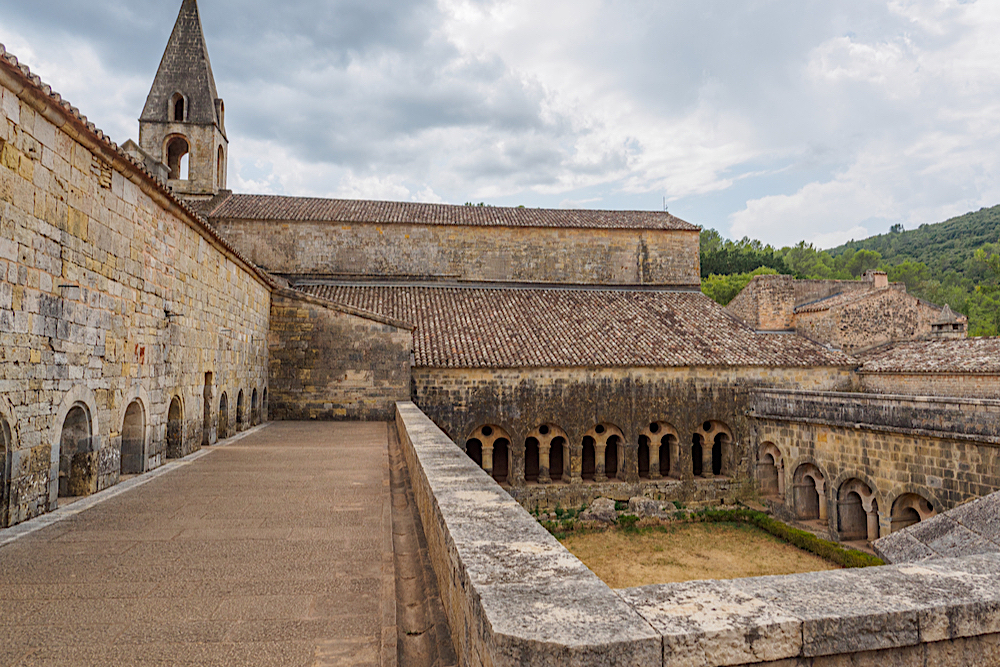 The Thoronet Abbey was built between 1160 and 1230 by the Cistercian Monks of Tourtour. Now restored as a museum, it is sited between the towns of Draguignan and Brignoles. 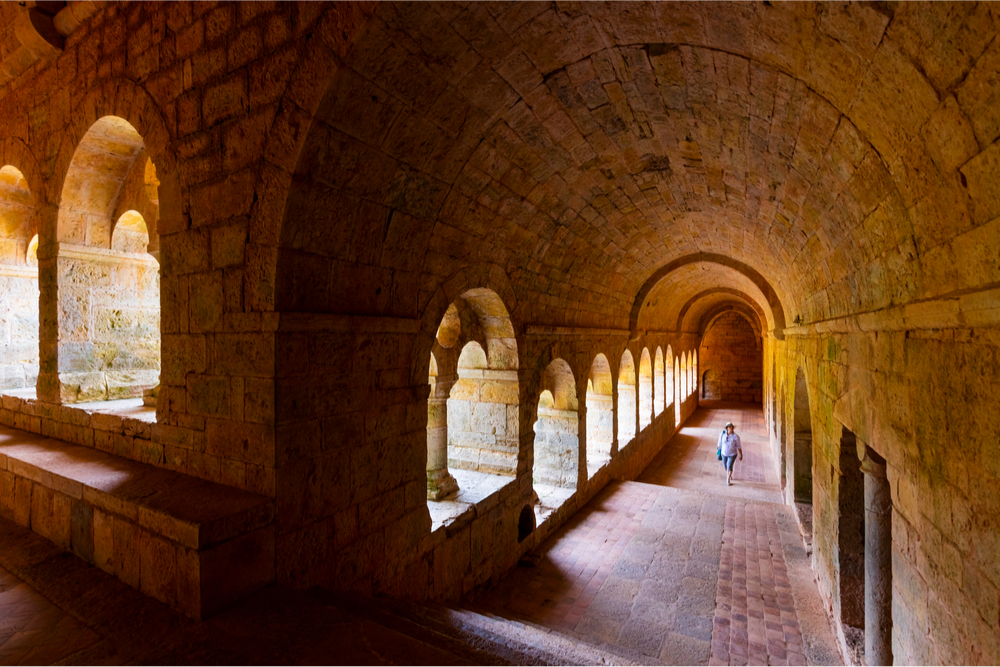 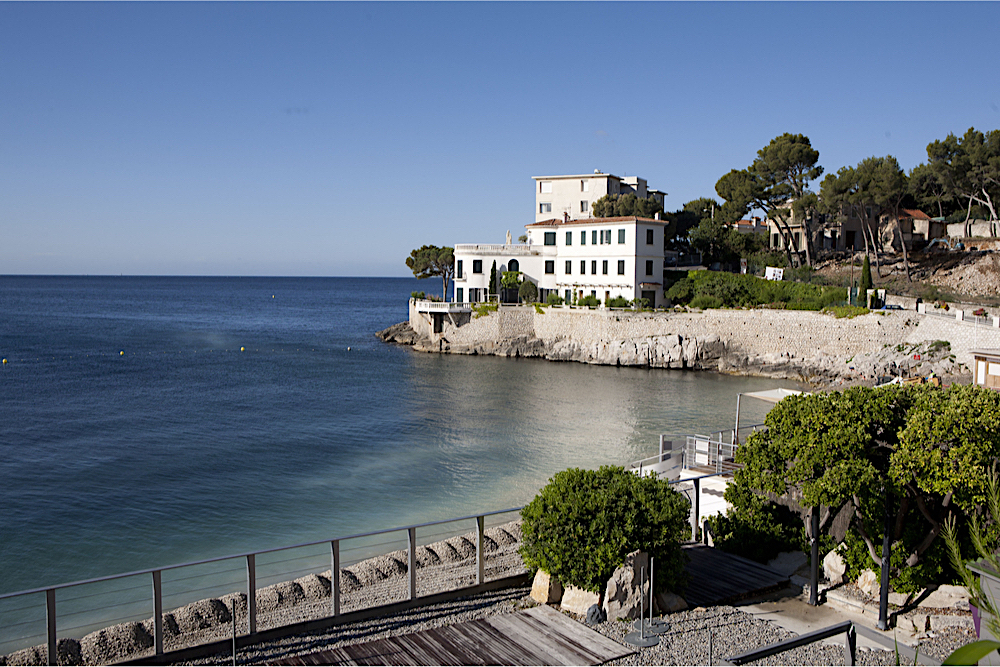 The seaside resort of Bandol is nestled in a sheltered bay and cradled by hills.  It has long been a quiet retreat for artists and writers and famously accommodated Katherine Mansfield and the German author, Thomas Mann, at the turn of the 19th century.  These days it is popular with French families from Paris or Lyon who descend to their summer houses for the long summer vacations. 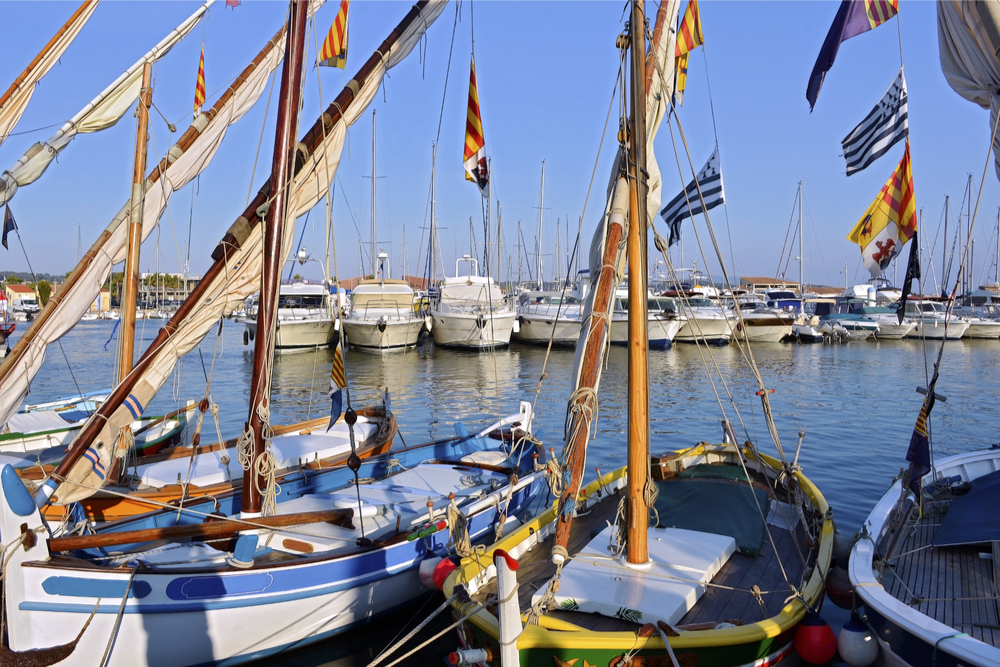 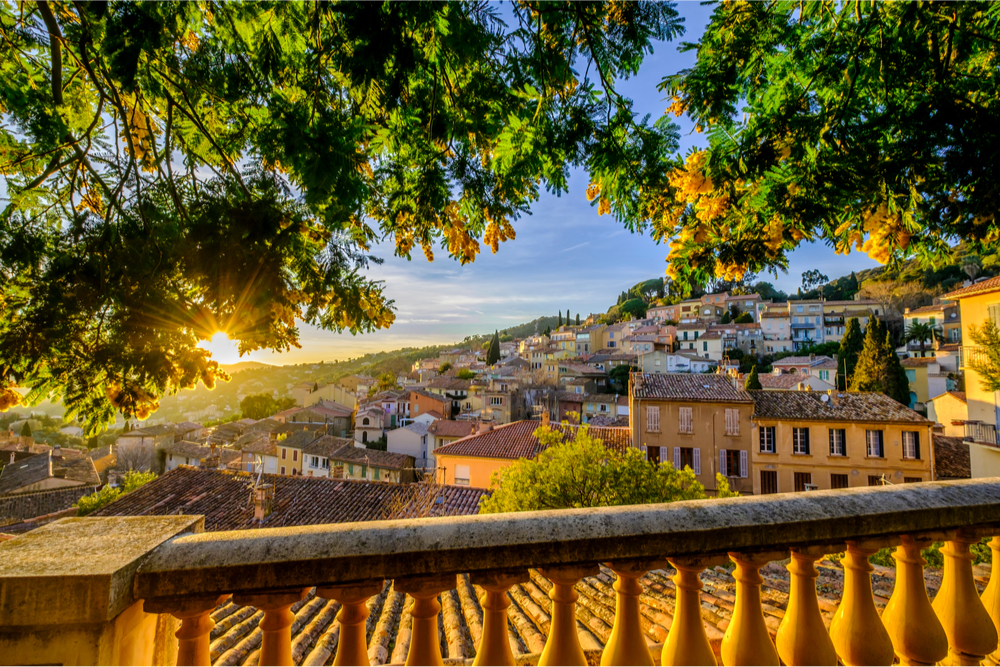 Over 700 plant species, including 90 different mimosa,  have been recorded in this village that dates from the 12th century and is one of France’s official villages in bloom. The Fort de Brégançon, located in the commune, is the official retreat for the President of the French Republic. 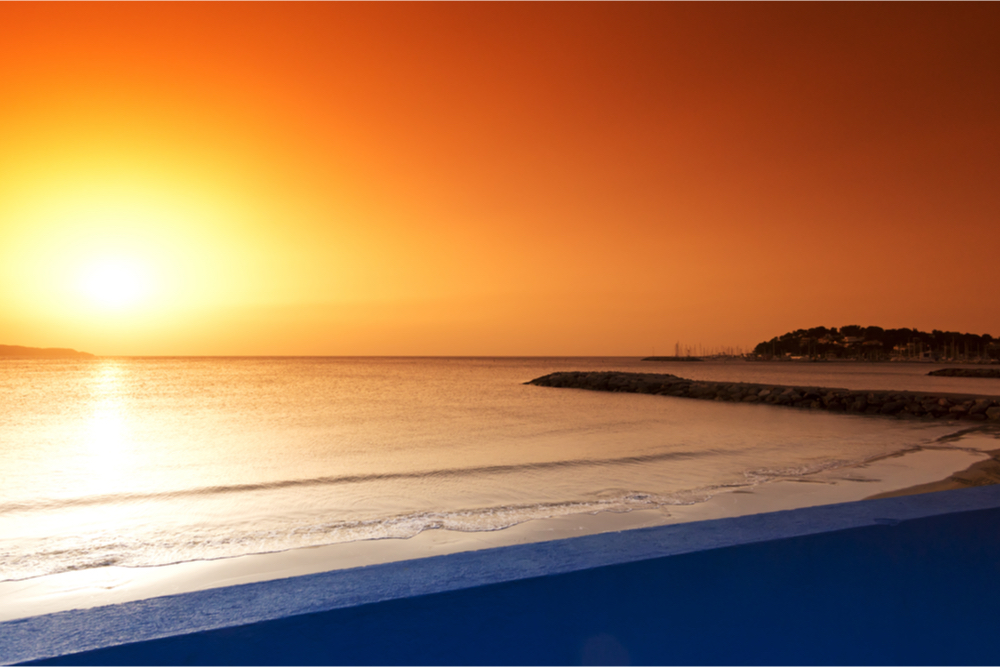 Cavalaire-sur-Mer is the most southerly coastal resort of the Var department.  Located behind a magnificent beach which boasts 3 kilometres of fine white sand and azure blue waters, it enjoys an exceptional climate with 300 days of sunshine per year and is a popular family destination. 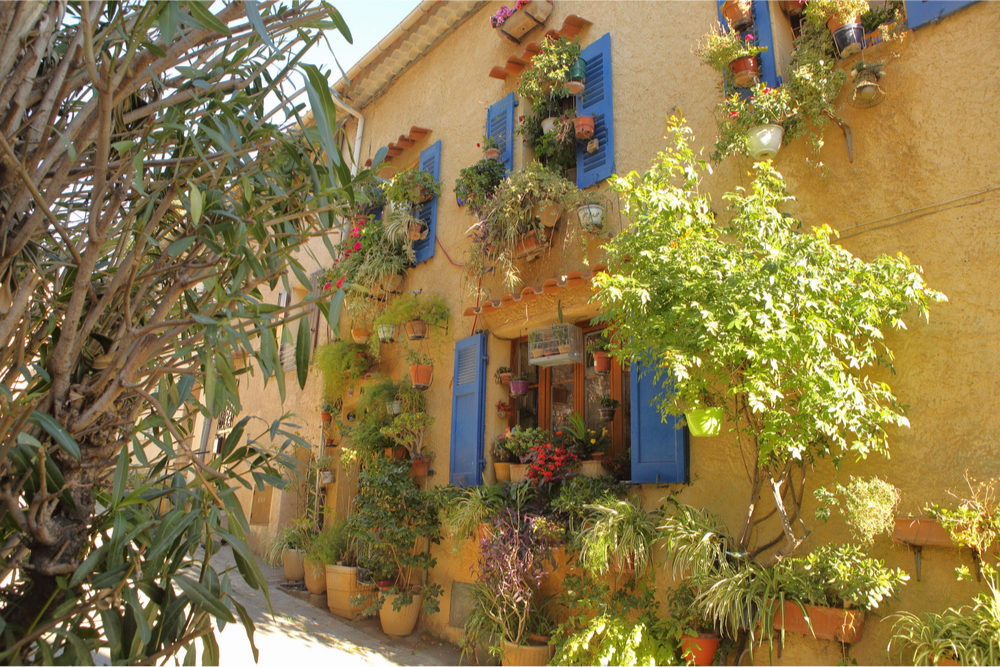 Facing the Gulf of Saint Tropez on the slopes of the Massif des Maures, Cogolin is also close to the sea and it has a mild climate all year round. This charming village features an old village, a modern port and is world famous for its pipes and carpets. 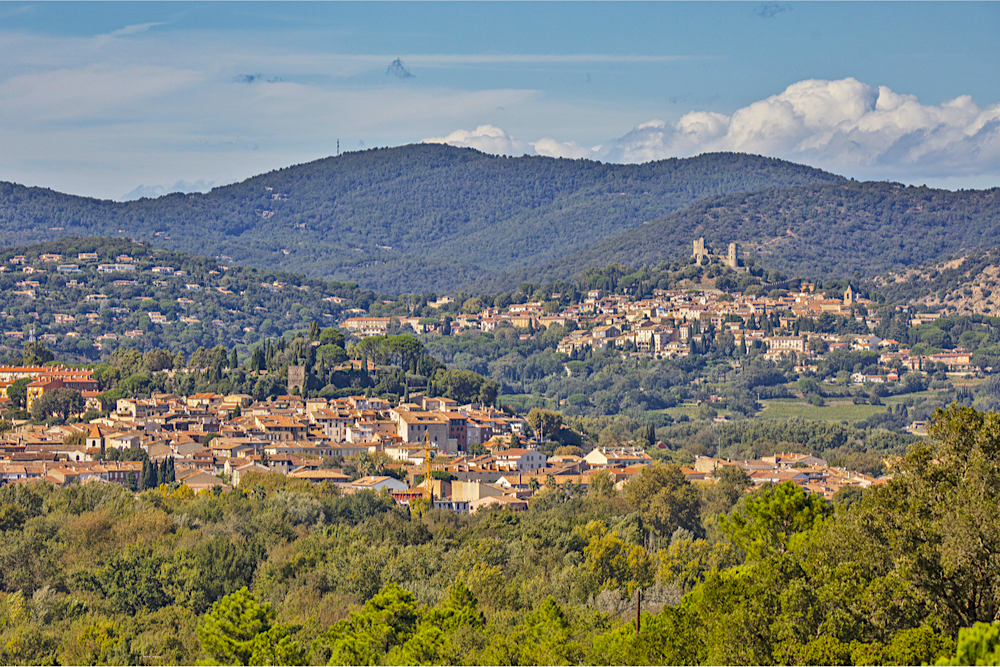 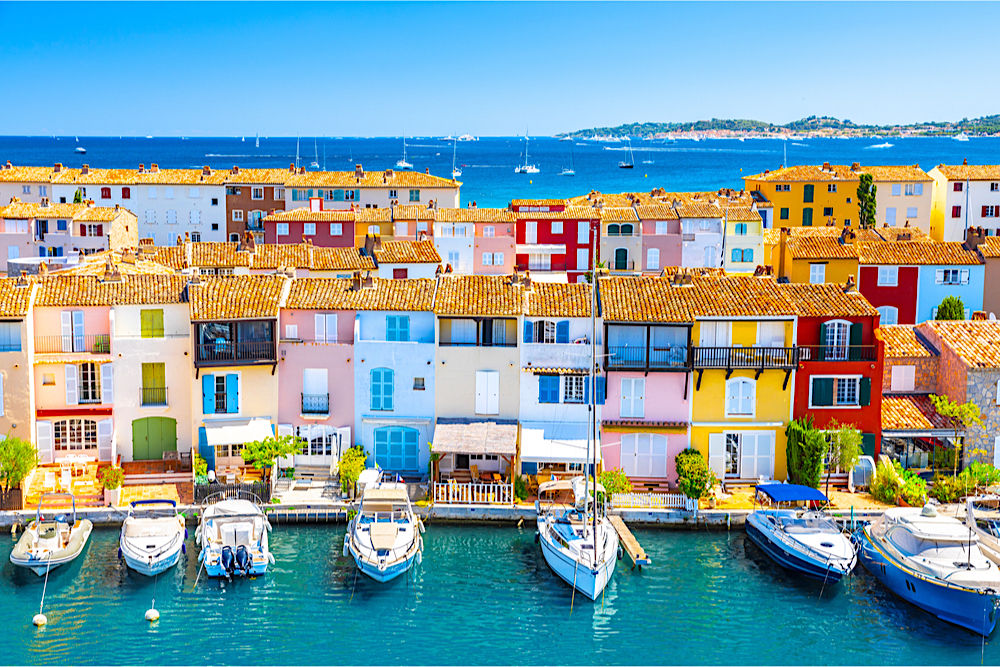 Port Grimaud is seven kilometres west of Saint Tropez and seven kilometres south east of Sainte Maxime. The town was the brainchild of François Spoerry who envisioned a town built in the manner of Venice with channels of water and traditional French fisherman’s houses, each with a personal boat mooring space at the end of the garden. 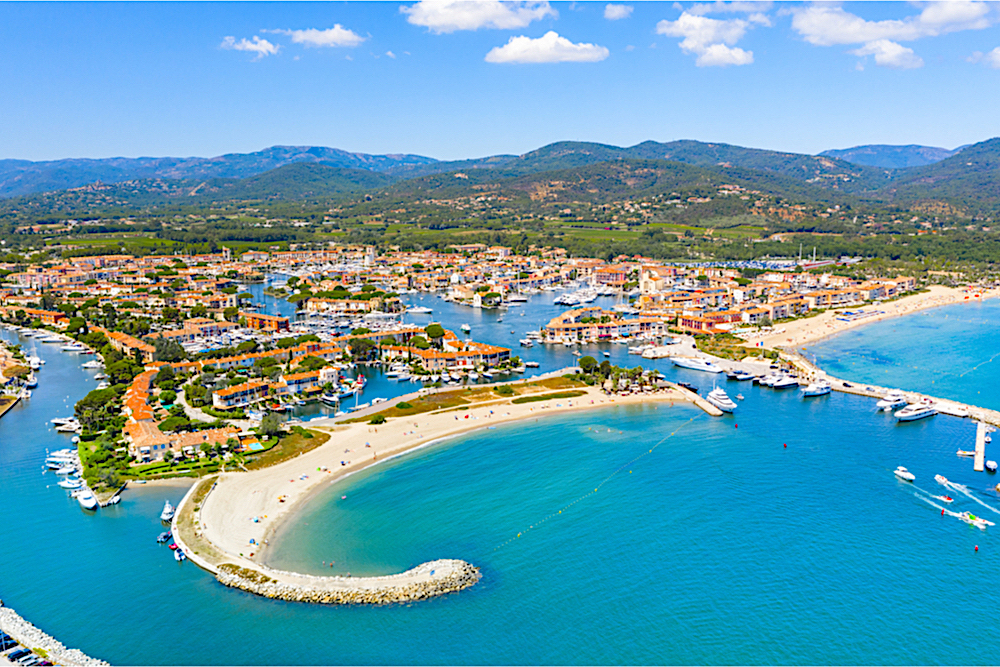 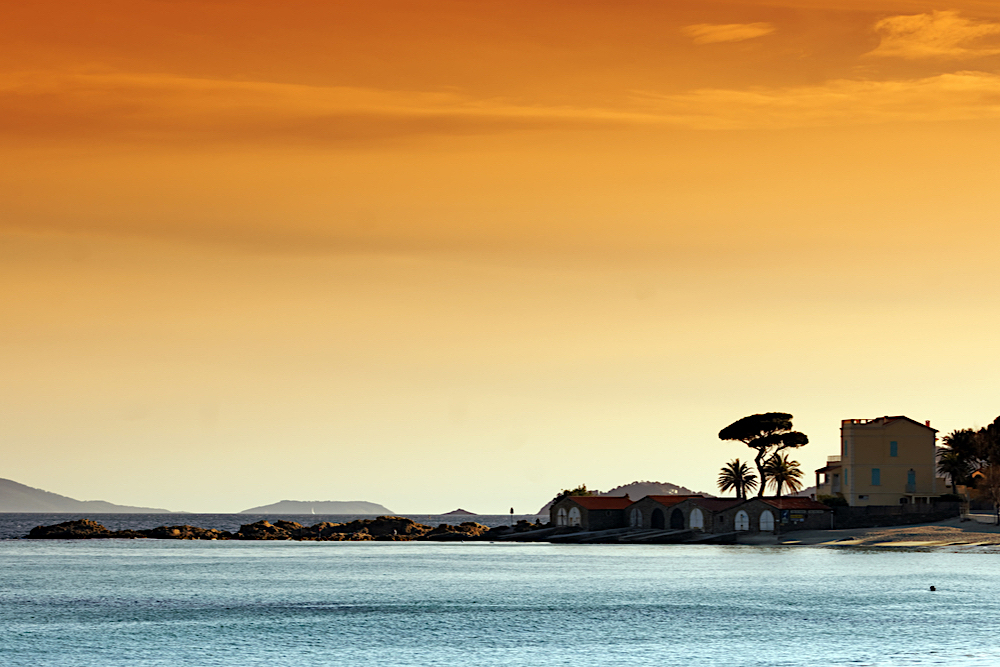 Le Lavandou derives its name either from the flower lavender (lavanda in Provençal) that is prevalent in the area, or more prosaically from the local form of the Occitan name for lavoir, lavandor (for lavador, a public place for washing clothes). The (then) village is where the famous popular song A Nightingale Sang in Berkeley Square was written in the summer of 1939.The song had its first performance in a local bar, where the melody was played on piano by Manning Sherwin with the help of the resident saxophonist. 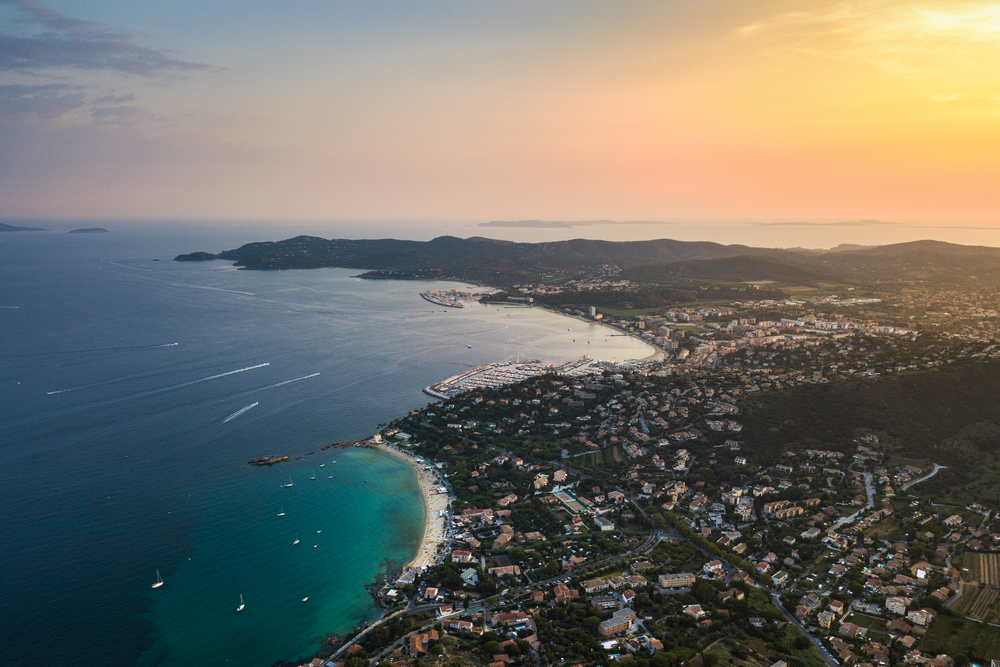 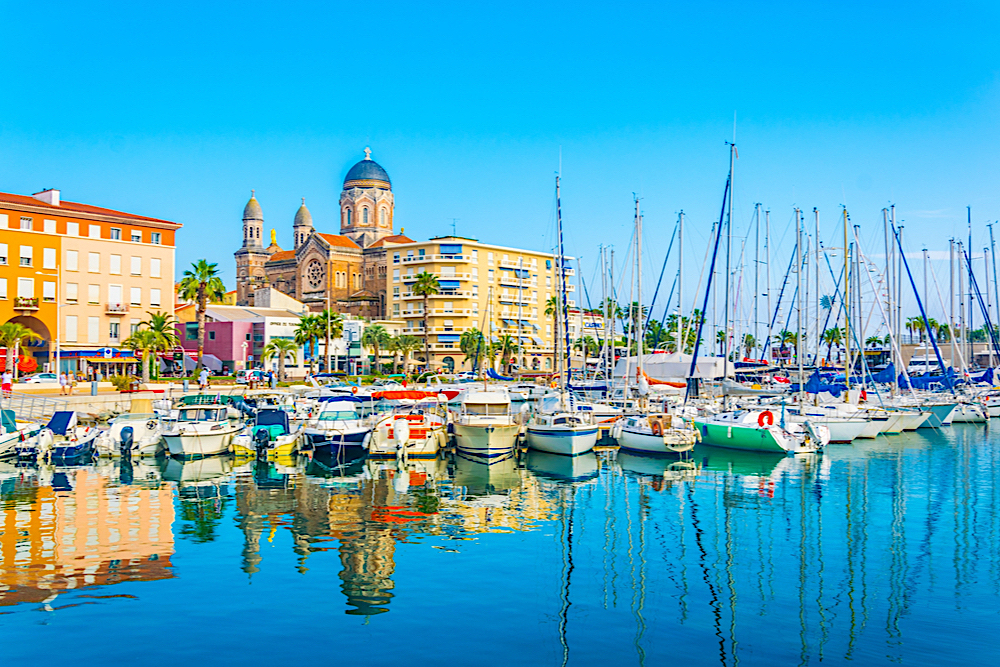 Along the famous stretch of coastline known as the French Riviera lies Saint Raphael  tucked in between Frejus and its more famous neighbours, St. Tropez and Cannes, St. Raphael is a lively seaside resort with well maintained beaches and a small harbour standing in the shadow of the forested hills of the Massif des Maures. 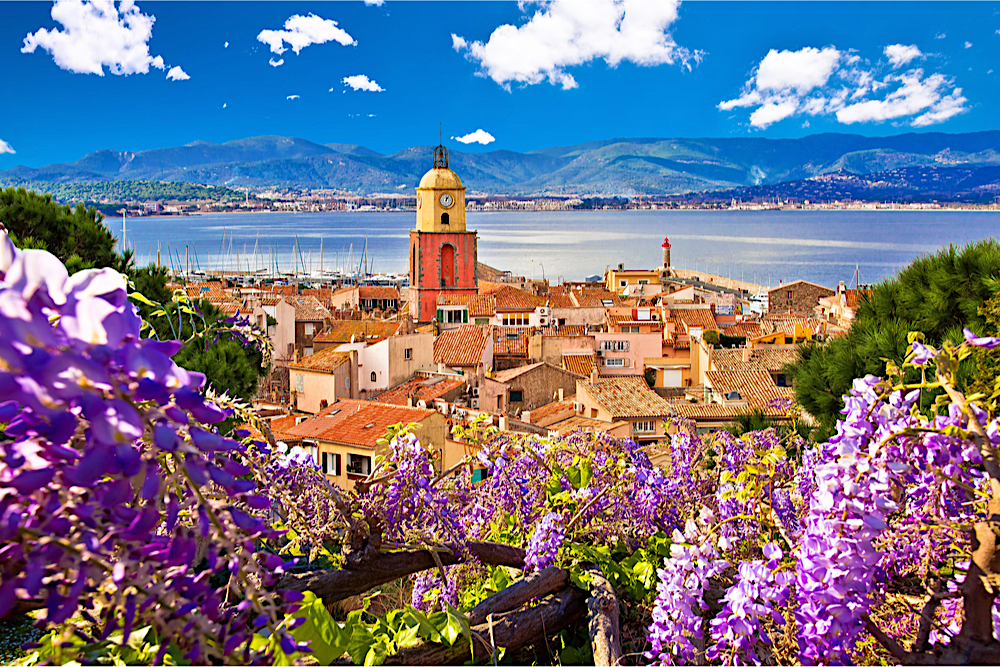 The coastal town of St Tropez was popular with artists, attracted the international "jet set" in the 1960s, and remains world famous for its beaches and nightlife. The cobblestoned La Ponche quarter recalls its past as a fishing village, although yachts now outnumber fishing boats in the Vieux Port. 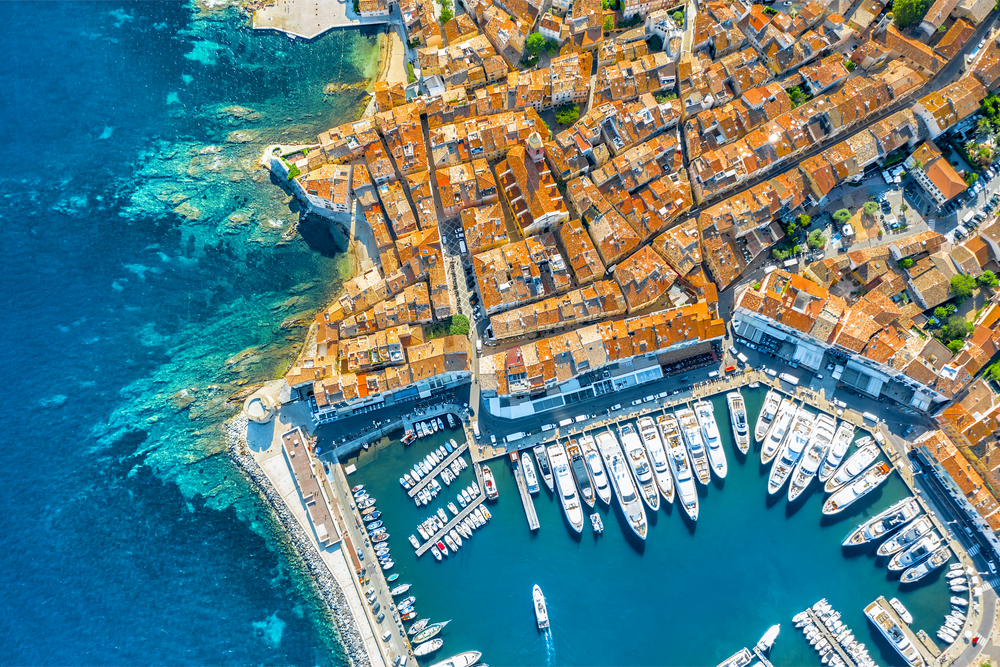 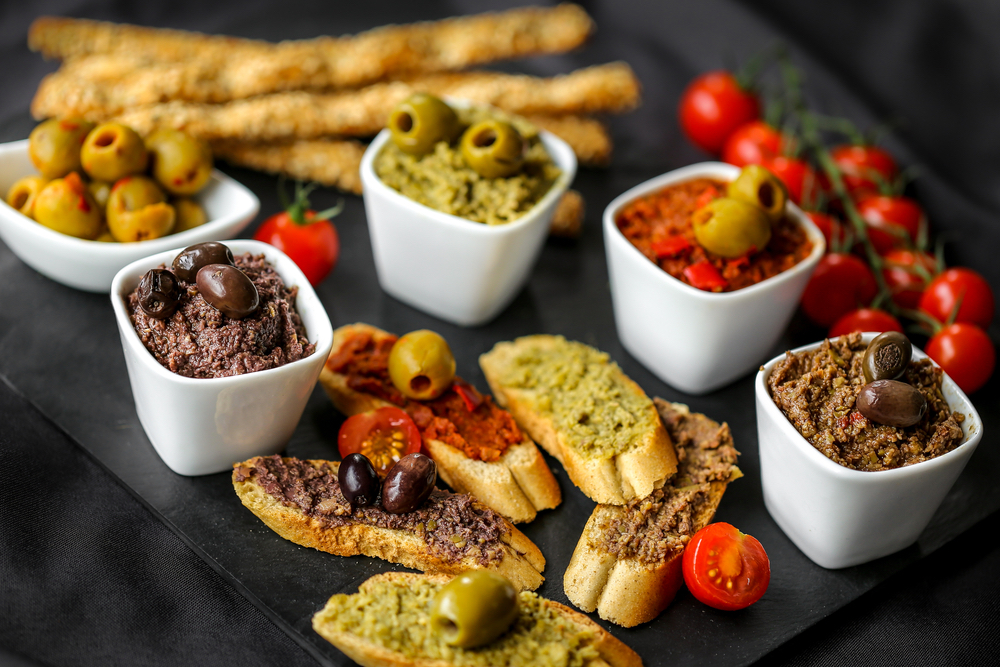 Directions
Thoroughly rinse the olives in cool water. Place all ingredients in the bowl of a food processor. Process to combine, stopping to scrape down the sides of the bowl, until the mixture becomes a coarse paste, approximately 1 to 2 minutes total. Transfer to a bowl and serve.

HOW TO GET AROUND: Rent a car to truly experience the stunning coast & countryside, all the villages on your travelwishlist and much more

WHEN TO GO: The best times to visit Provence are from March to May and September through November, when the weather and the crowds are moderate. Early July is however the best time to visit lavender fields in Provence -  lavender fields start to be harvested on the Valensole plateau in mid-July.