Experience the many treasures of Taiwan (part 2)

Continue your Taiwanese travels from Chiayi to Taroko National Park

Taiwan, or Formosa as it used to be called, is an island about 160 kilometers off the southeast coast of Mainland China, between Japan and Philippines on a line running north-southwest. It is approximately 36,000 square kilometers in size, about the same size as Holland, and a little larger than Massachusetts and Connecticut States combined. Three quarters of the land area is mountainous, much of it too steep to be cultivated easily. There are more than 200 peaks over 3,000 meters in altitude. The highest of them, Jade Mountain reaches 3,952 meters. 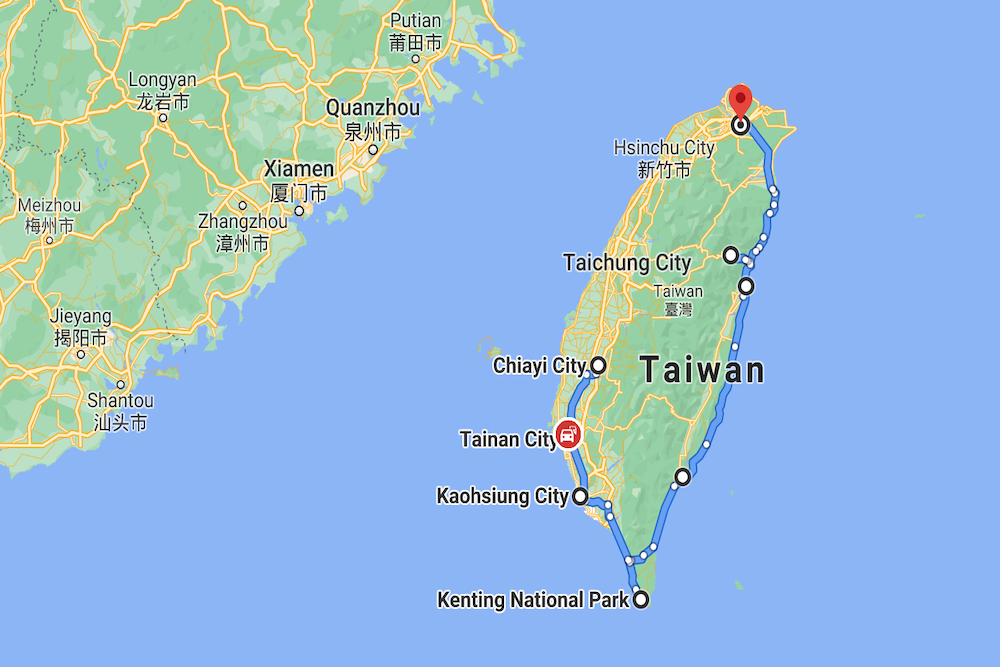 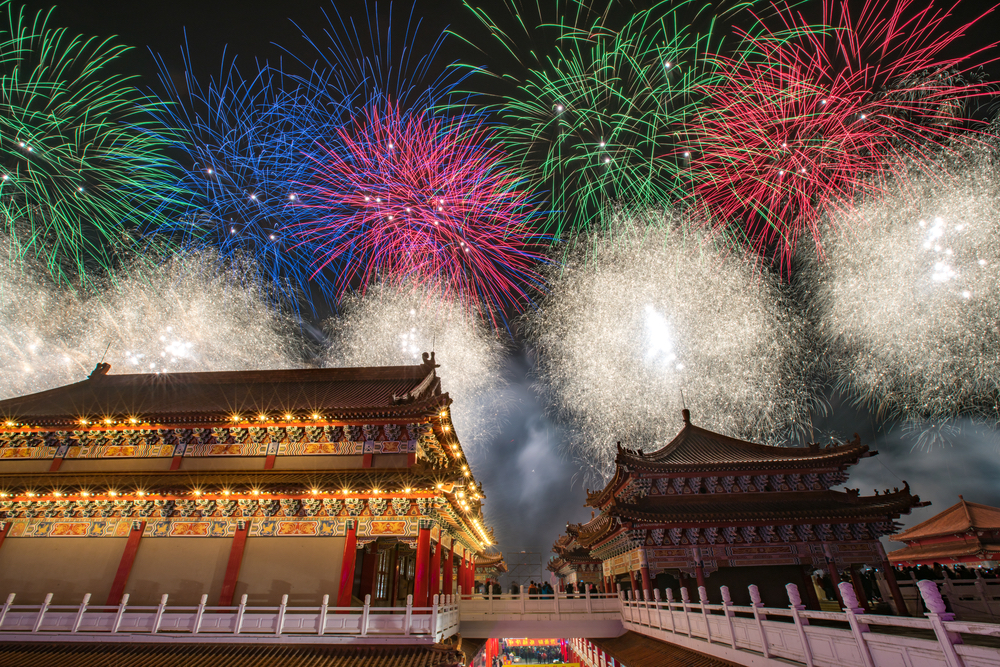 Tainan is located on Taiwan’s southwest coast and was the island’s capital from 1683–1887 under the Qing dynasty. Today it’s known for its centuries-old fortresses and temples. One of its most famous sites is Chihkan Tower, an 18th-century Chinese complex with gardens, intricately carved towers and a temple erected on the foundations of Fort Provintia, a Dutch outpost dating to the mid-1600s. 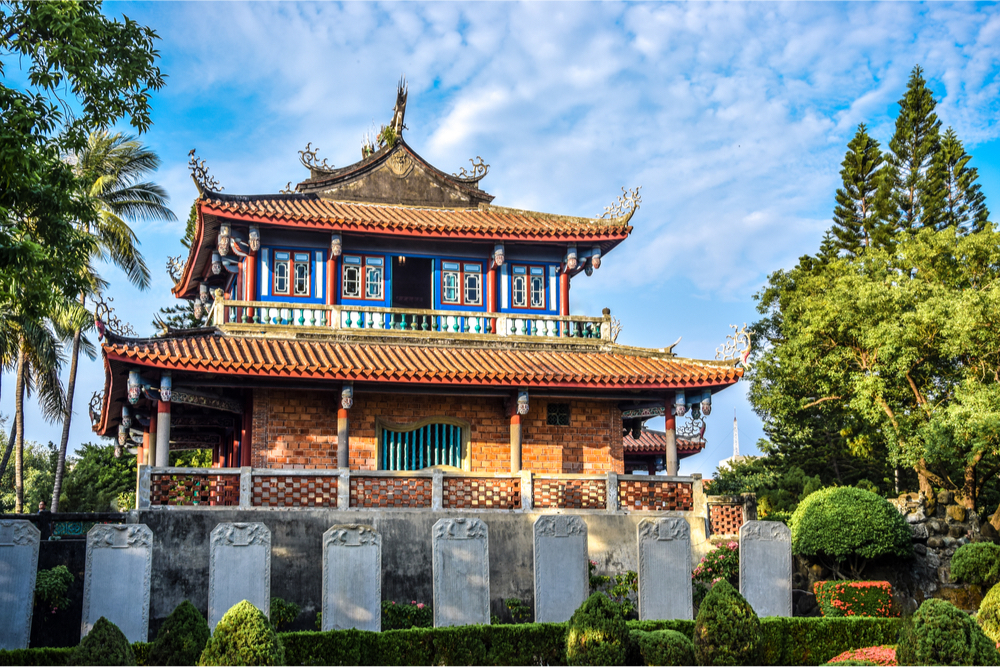 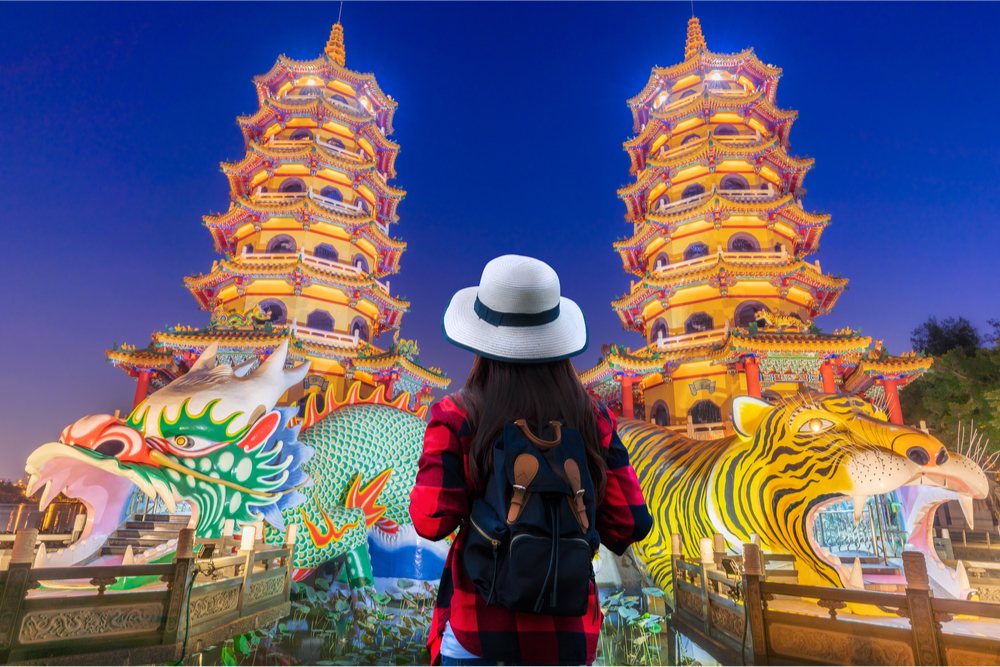 Kaohsiung is a massive port city in southern Taiwan. It's home to many skyscrapers, such as the 248m-tall Tuntex Sky Tower, and is known for its diversity of parks. Its focal point is the Love River, with walking paths and cafes along its banks, and cruise boats navigating its waters. Shopping options range from high-end malls to the Liuhe and Ruifeng night markets. 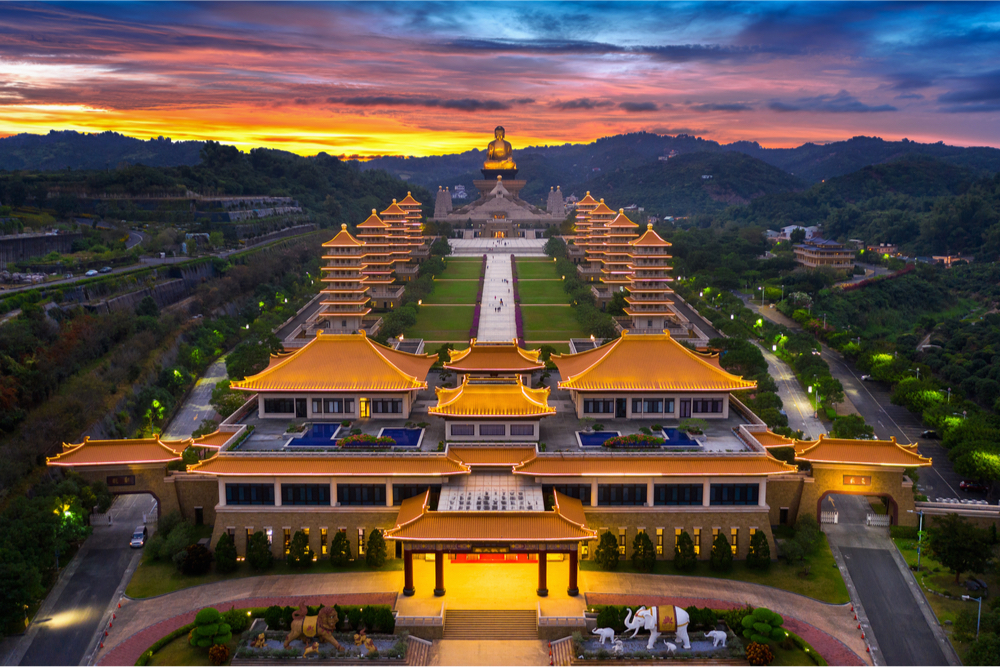 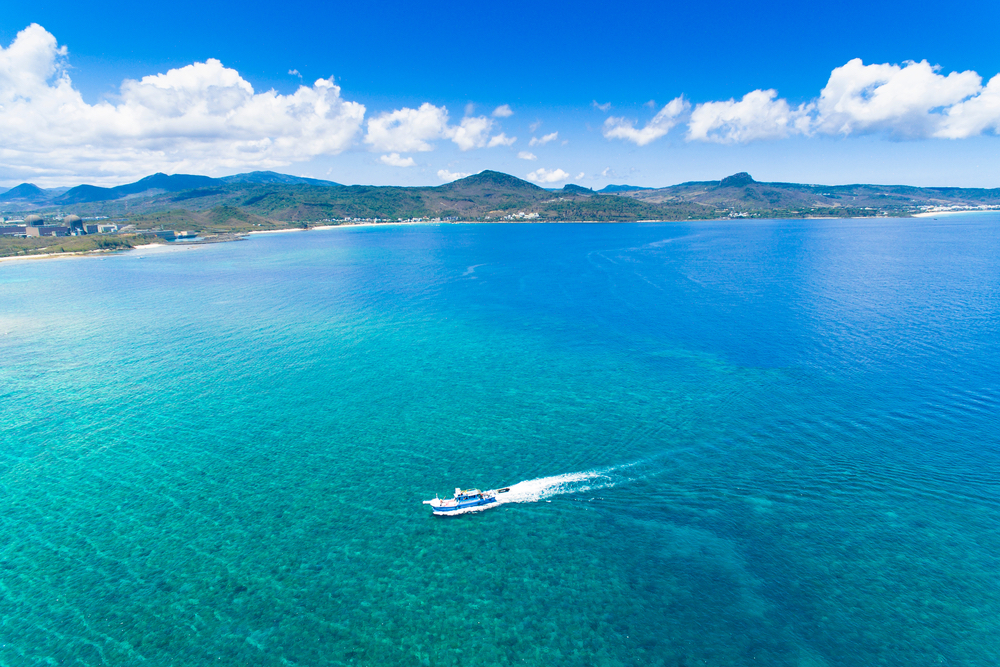 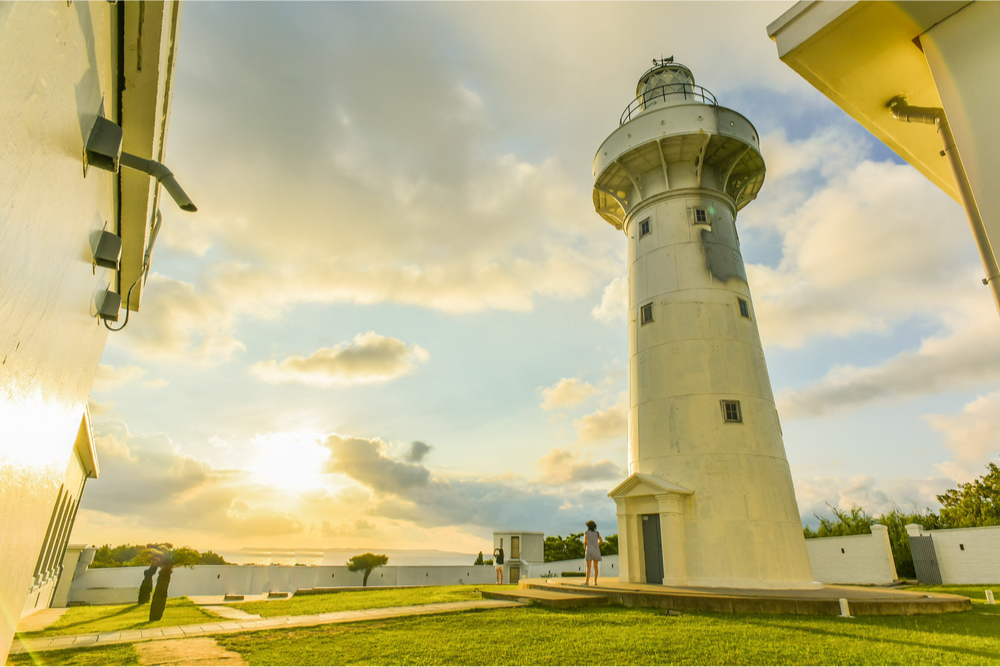 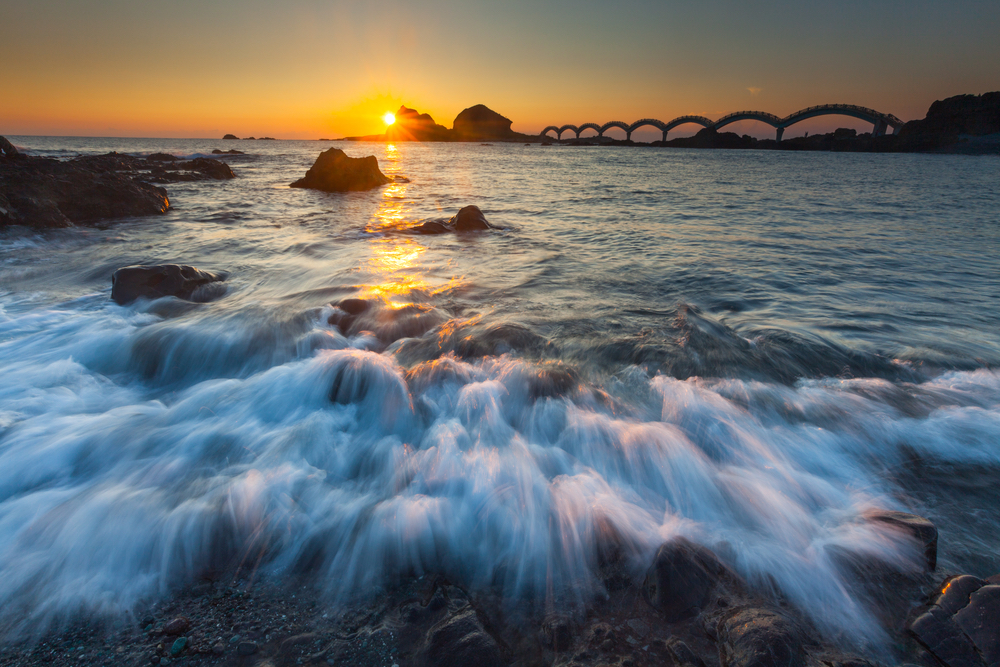 Taitung County is located on the delta of the Beinan River, at the southern tip of the rift valley. From coastal areas to mountain highs, Taitung greets visitors to a land of ecological richness and scenic beauty. The county is also known for its distinctive local products, from premium rice, day lilies, hibiscus, and sugar apples to sailfish, bonito (skipjack tuna), and other specialty seafood items. Ethnic diversity has endowed Taitung with a unique culture, diverse festival occasions, and a vibrant tradition of oral history and myth to provide plenty of food for the mind. Cyclists are also well served in Taitung. Taiwan's oldest bikeway—the Guanshan Bicycle Trail—is located here, and other cycling routes can be enjoyed in Longtian Village (Luye Township), Chishang, Taitung City, and coastal areas, all while cyclists are surrounded by fairytale-like scenic beauty. These natural charms have earned Taitung the nickname as the "garden of Taiwan." True to this reputation, Taitung is a bona fide paradise for a healthy and relaxing holiday escape in nature's embrace. 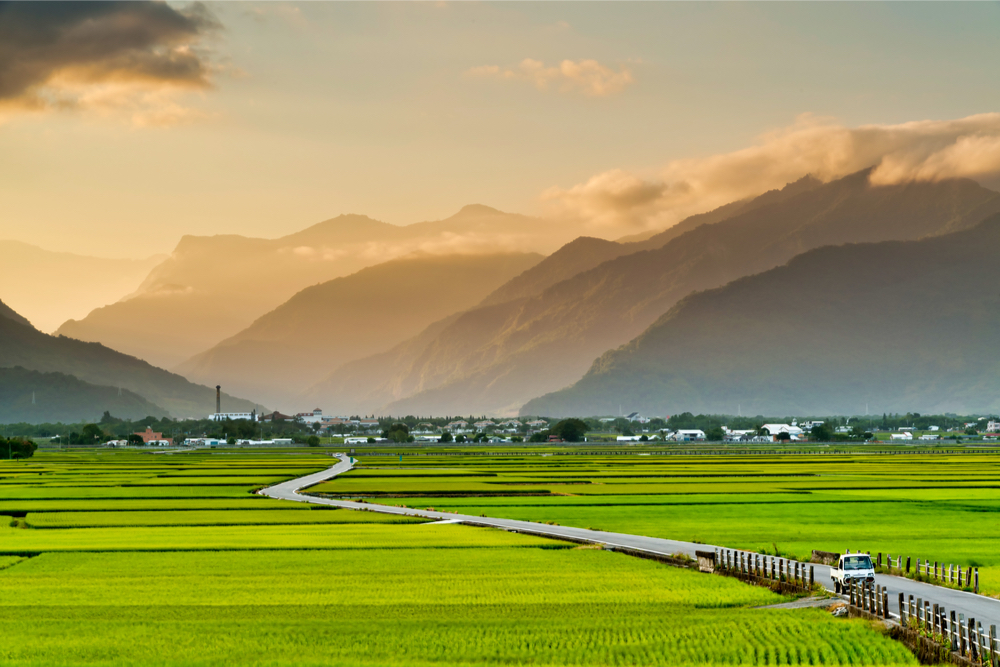 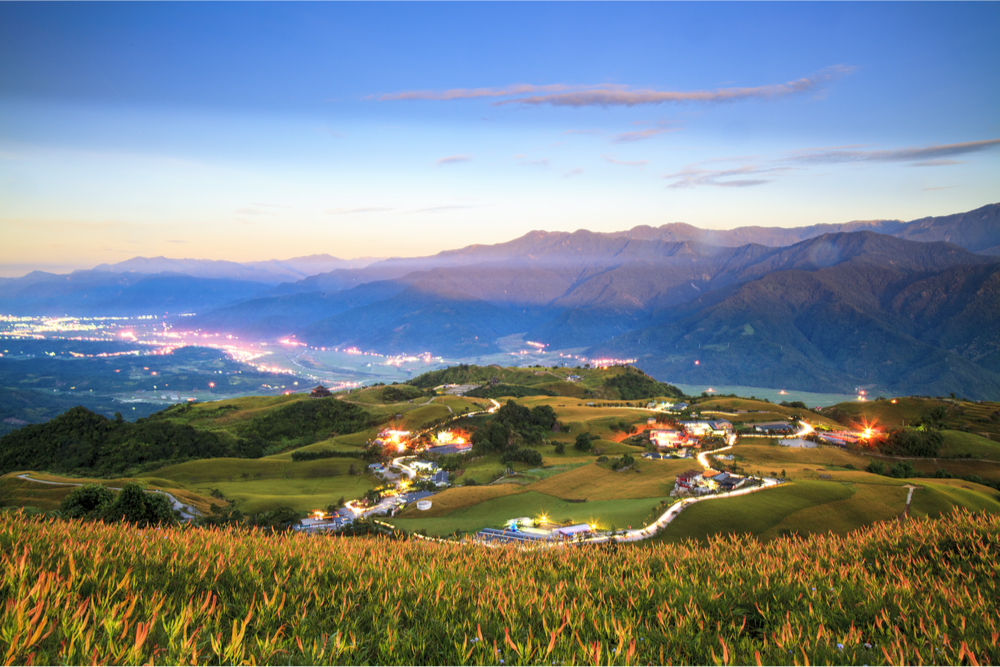 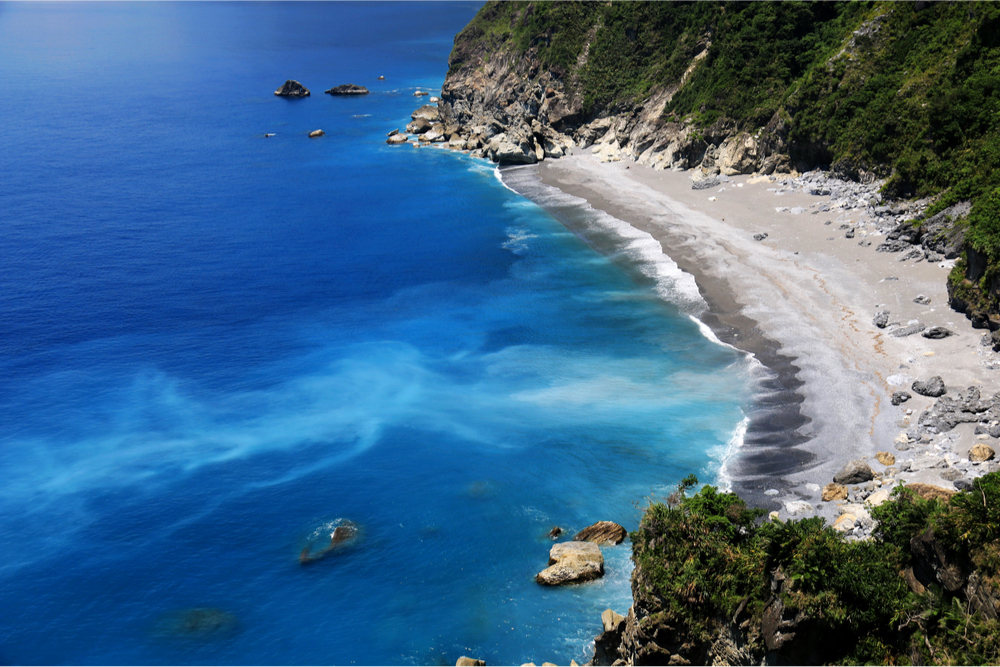 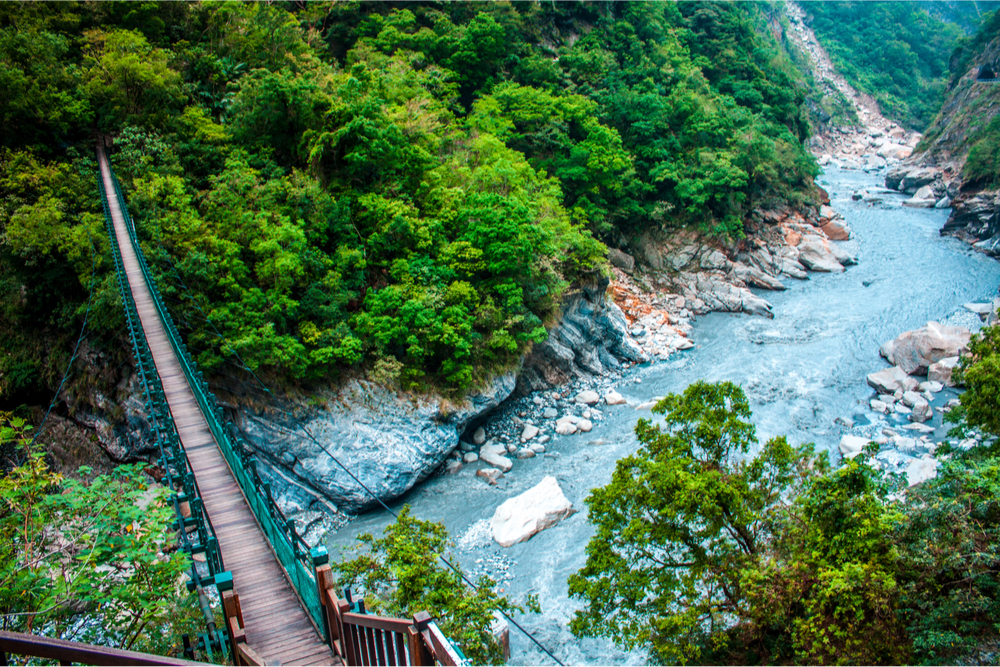 Taroko National Park is located northeast of the midpoint in the island nation of Taiwan, and southeast from the capital city of Taipei.  The national park area covers an area of 360 square miles (920 sq km). The park derived its name from the gorge created by the Liwu River.  Without question, it is one of the main appeals of the national park.  The river has carved through the marble mountain establishing a stunning gorge worthy of exploration and viewing. 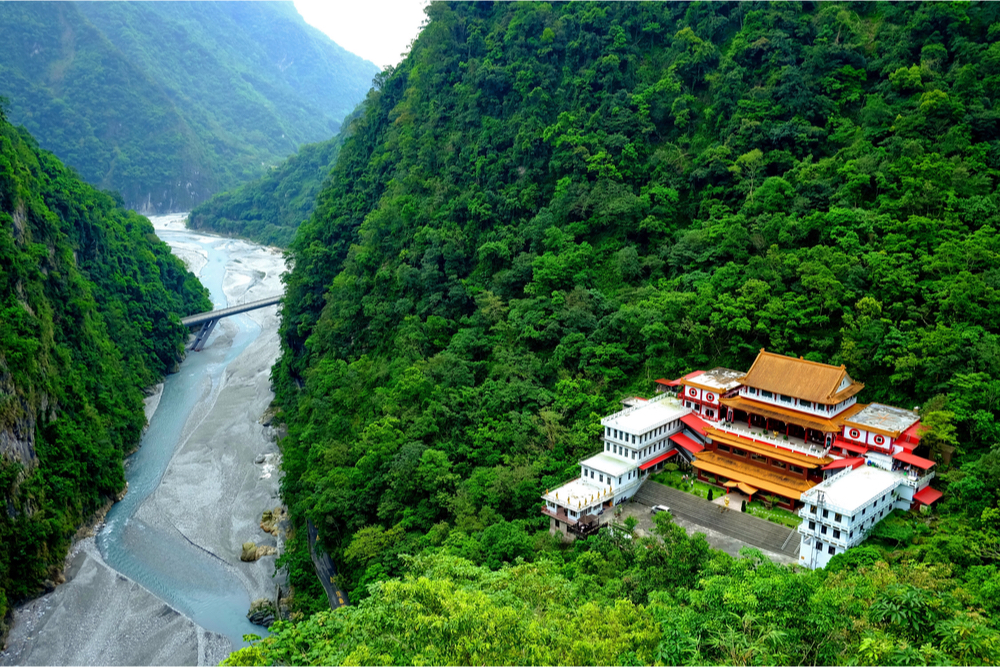 WHEN TO GO: September, October, and November are the best months to visit. The summer is ideal for those interested in tropical beaches and island hopping. For culture and nature, visit during the spring. Taipei can also be visited in the winter.

HOW TO GET AROUND: Taiwan has both a High Speed Rail (HSR) and a regular rail link. Train are fast, reliable and cheap. Buses are slower but cheaper than trains and also connect passengers to more destinations than the trains.