Japan is located in East Asia and bordered by the Sea of Japan to the west and the Pacific Ocean to the east, and spans more than 3,000 kilometers (1,900 mi) along the coast of the continent from the Sea of Okhotsk in the north to the East China Sea and Philippine Sea in the south. Part of the Pacific Ring of Fire, Japan encompasses a stratovolcanic archipelago of about 6,852 islands, with five main islands (Hokkaido, Honshu, Kyushu, Shikoku, and Okinawa) comprising 97% of the country's total area of 377,975 square kilometers (145,937 sq mi). Japan is officially divided into 47 prefectures and traditionally into eight regions. 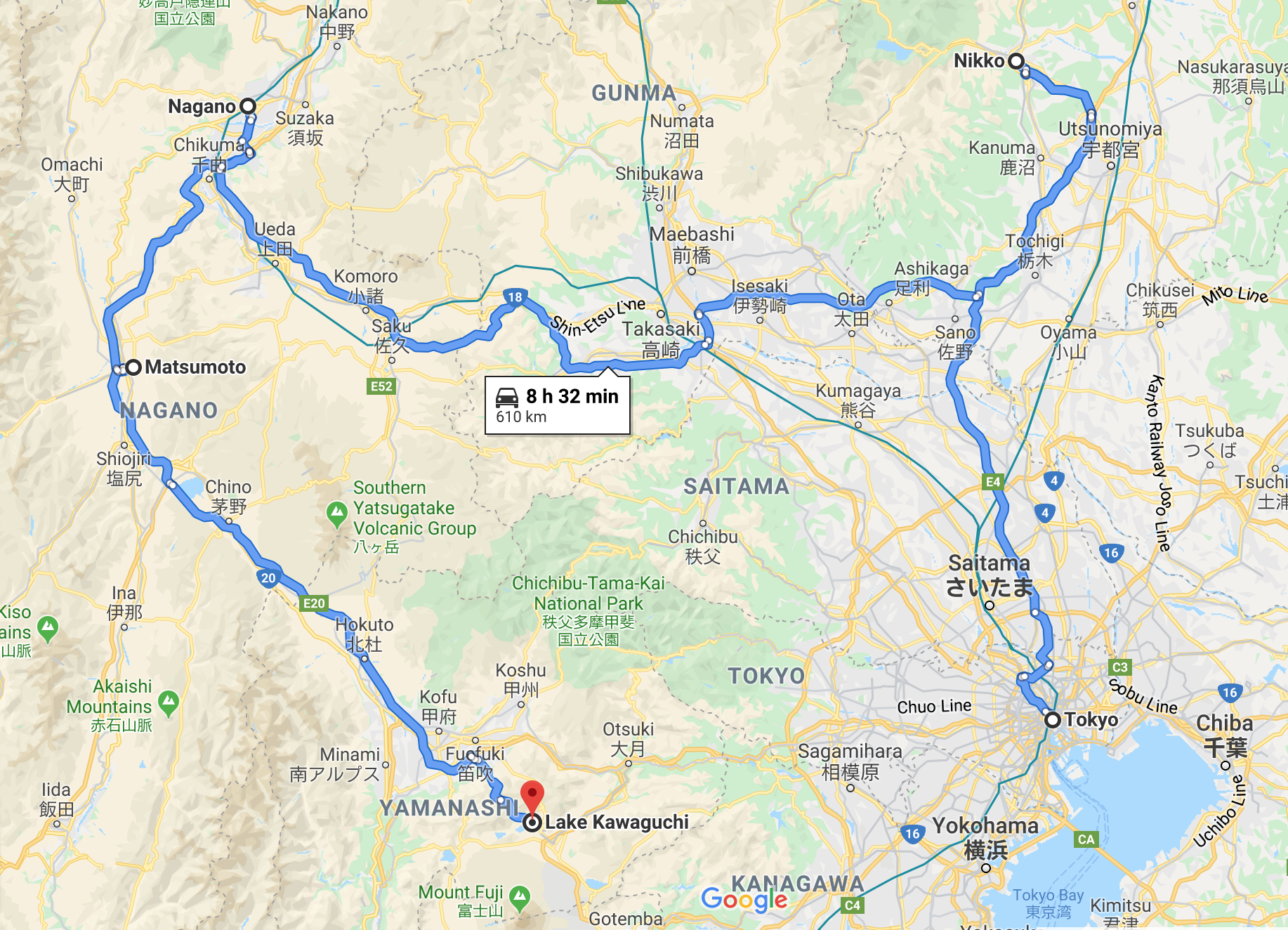 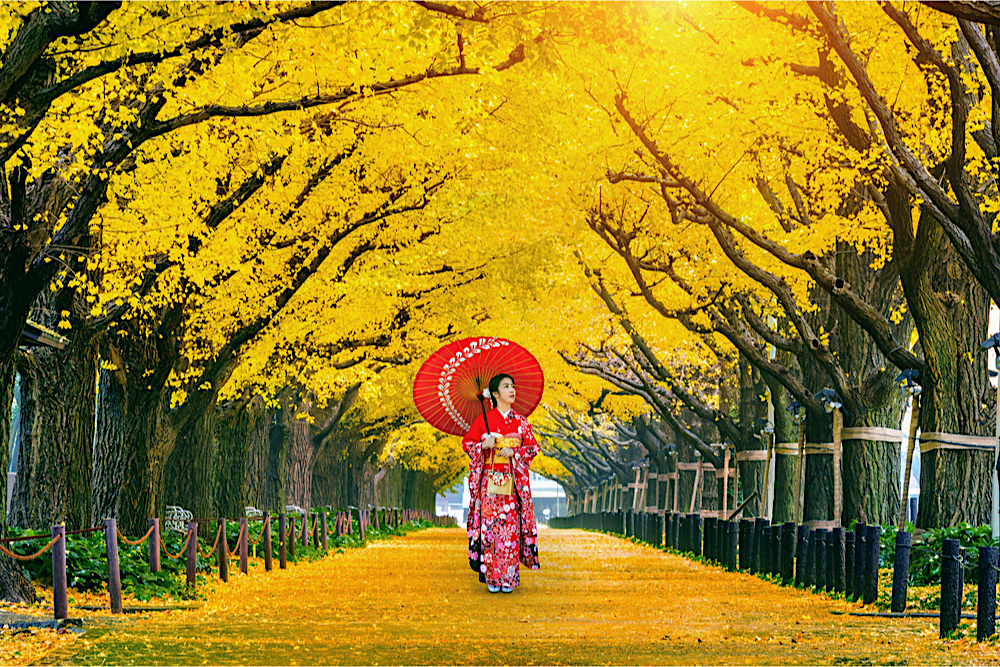 Fly in to Tokyo to start your adventure of a lifetime. Discover 30 awesome experiences in Tokyo in our BLOG 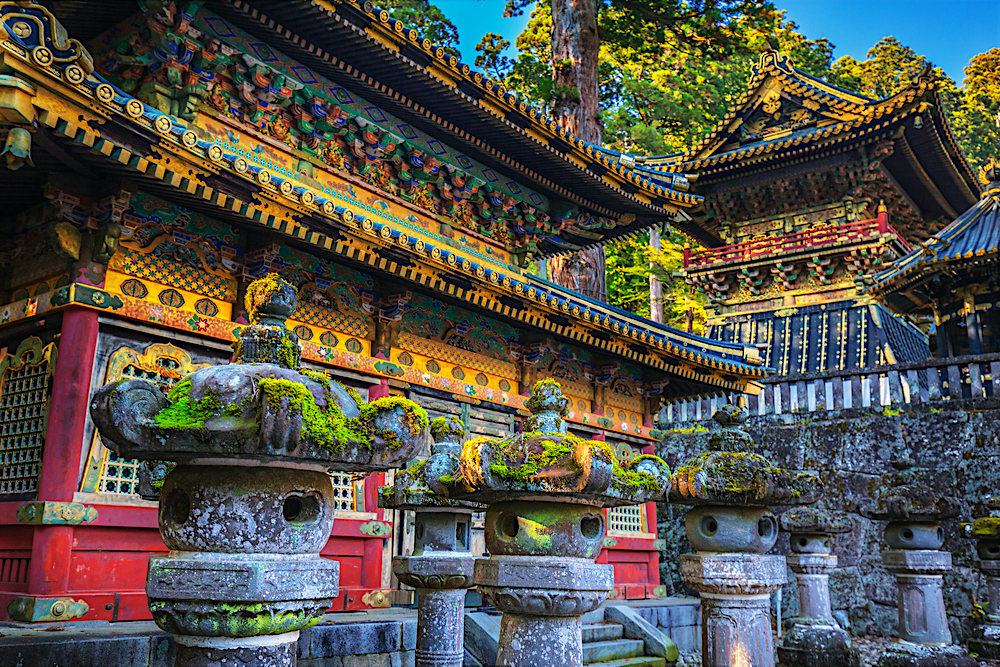 Nikko is a town at the entrance to Nikko National Park, most famous for Toshogu, Japan's most lavishly decorated shrine and the mausoleum of Tokugawa Ieyasu, the founder of the Tokugawa shogunate. Nikko had been a center of Shinto and Buddhist mountain worship for many centuries before Toshogu was built in the 1600s, and Nikko National Park continues to offer scenic, mountainous landscapes, lakes, waterfalls, hot springs, wild monkeys and hiking trails. Nikko and the Okunikko area around Lake Chuzenji, in particular, are well known for their beautiful autumn colours.  In the average year the colours start descending from the higher elevations of Yumoto Onsen in early October, are best around Lake Chuzenji and the Irohazaka road in mid to late October and reach the town of Nikko in the first half of November. 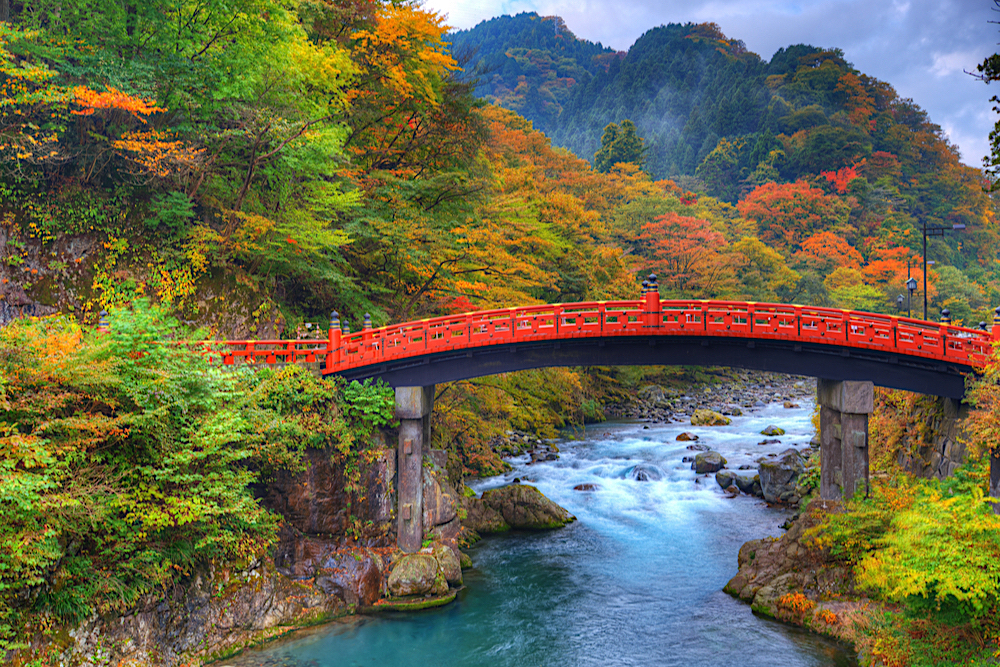 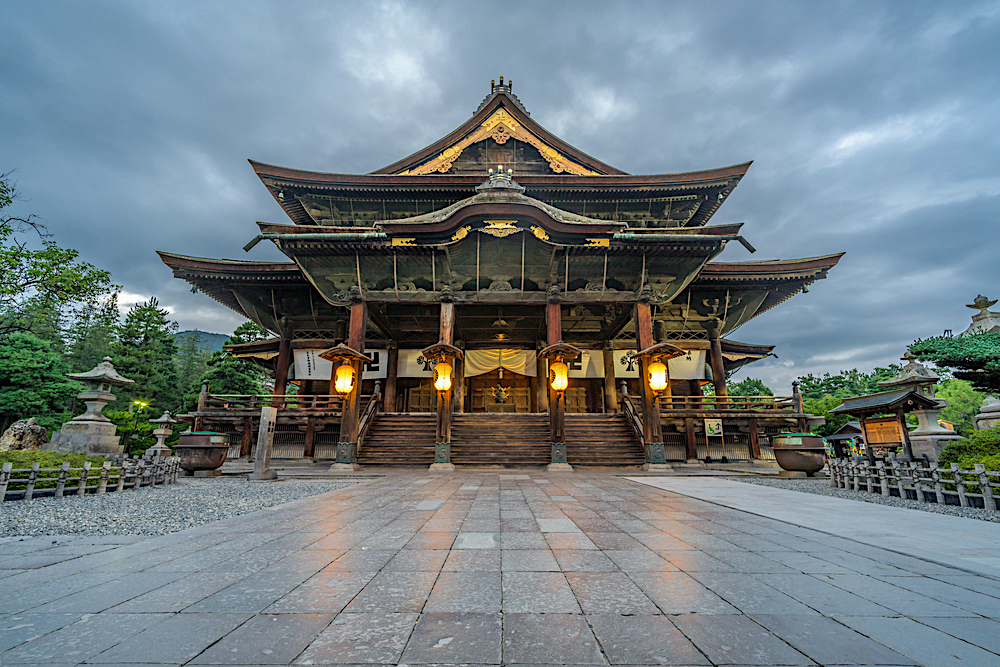 Nagano City is the capital of Nagano Prefecture. It evolved as a temple town around Zenkoji, one of Japan's most popular temples. In 1998, the city hosted the Winter Olympic Games, and some former olympic facilities can still be viewed around town. In the forested mountains northwest of the city center lies the Togakushi area which attracts tourists with its popular shrines and as the legendary home of the Togakure Ninja School. The Togakushi Ninpo Museum and the Kids Ninja Village provide good entertainment and a glimpse of the area's ninja past. 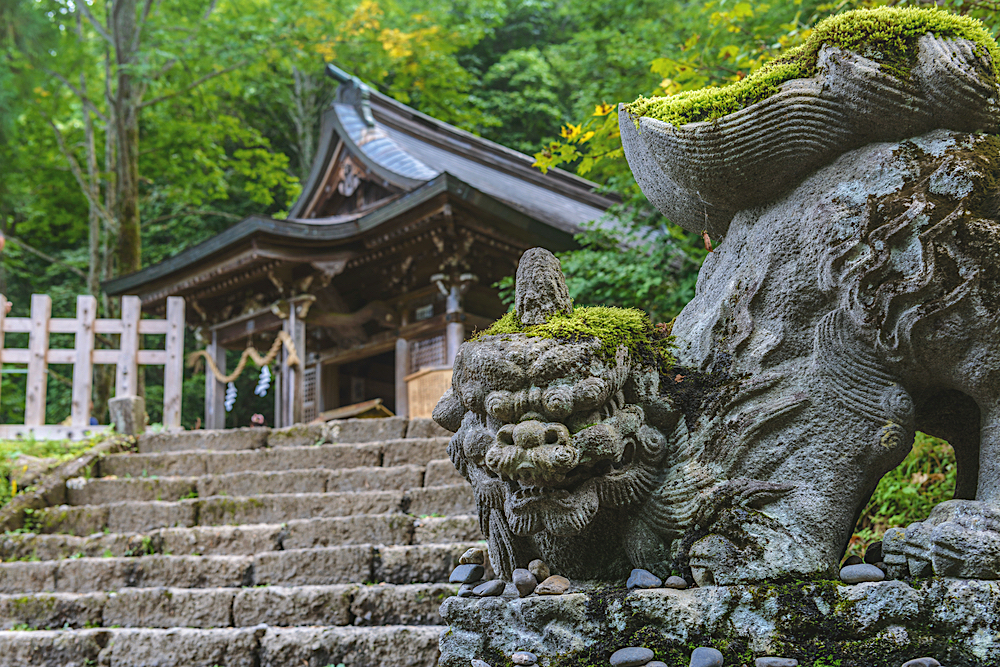 4. MATSUMATO (2 HOURS BY TRAIN FROM NAGANO) 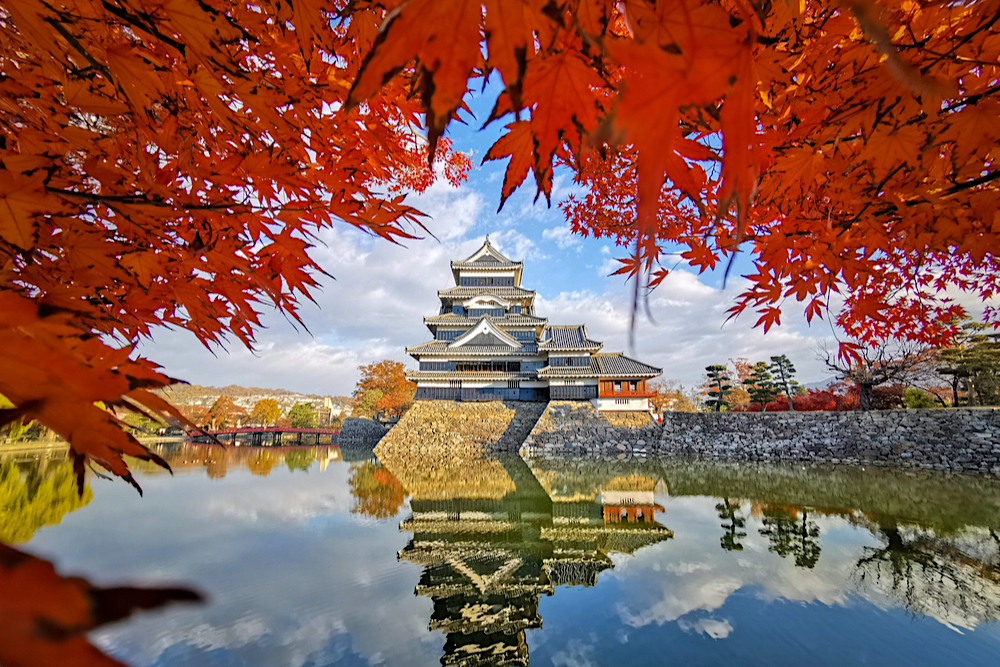 Matsumoto is a mountain city on Japan’s main island, Honshu. It’s known for Matsumoto Castle, a 16th-century stronghold nicknamed “Crow Castle” for its distinctive black walls. Nearby Nakamachi Street is lined with old merchant houses reminiscent of a bygone Japan. The Japanese Alps loom overhead, with hot springs, ski runs and hiking trails. In summer, a road to Mount Norikura is carved through deep walls of snow. 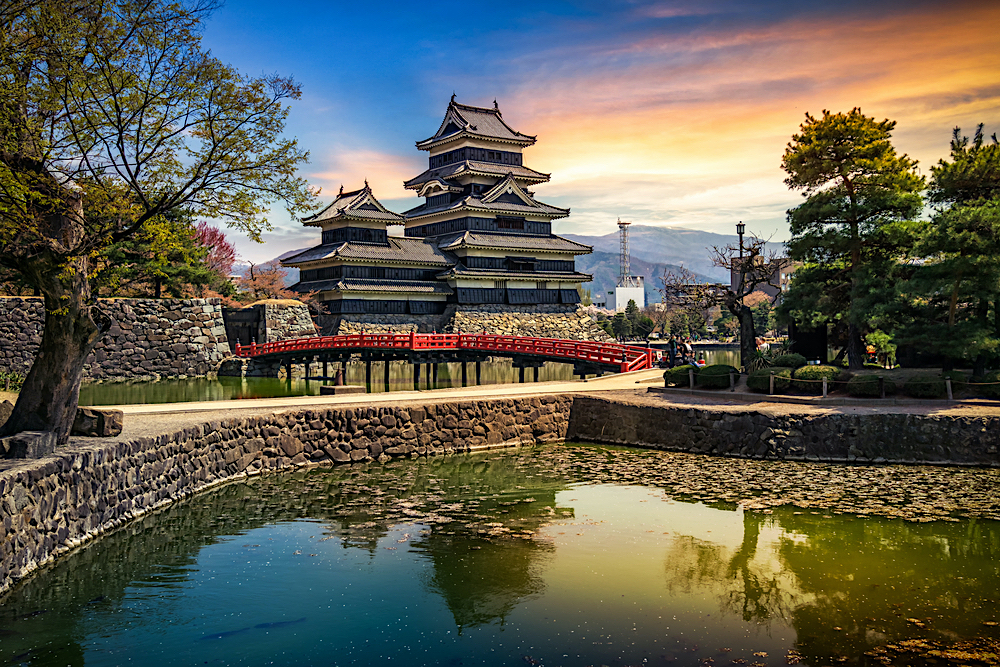 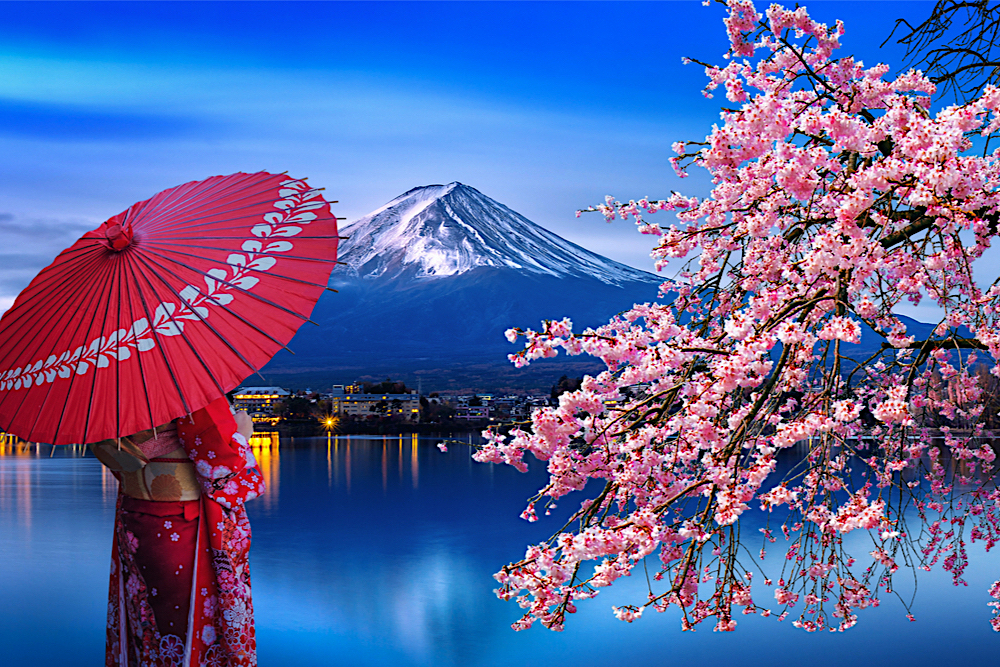 Lake Kawaguchiko is the most easily accessible of the Fuji Five Lakes with train and direct bus connections to Tokyo. A hot spring resort town with various tourist attractions and views of Mount Fuji is located around the lake's eastern end, while the northern and western shores are mostly undeveloped. The best views of Mount Fuji can be enjoyed from the lake's northern shores and are particularly breathtaking during the cherry blossom season around mid April and the autumn colors around the first half of November. One of the nicest spots for cherry blossoms is the seaside promenade near the Kawaguchiko Music Forest, while photographers will enjoy the "Momiji Tunnel" for autumn colours, a maple tree covered road section along the lake's northern shore.

Be warned that even though Kawaguchiko is located right at the base of Mount Fuji, the mountain is not always visible because of clouds. Visibility tends to be best in the early mornings (usually before 9am) and in the late afternoons, while clouds often obstruct the view during daytime even on days with fair weather, and especially so during the hazy summer months. Among the wide range of other tourist attractions available around Lake Kawaguchiko are hot spring baths, various museums, the Fuji Q amusement park, boat tours and a ropeway leading onto a small mountain next to the lake. Kawaguchiko is also a good base for climbing Mount Fuji, although most people start their ascent from Fuji Subaru Line 5th Station halfway up the mountain these days. 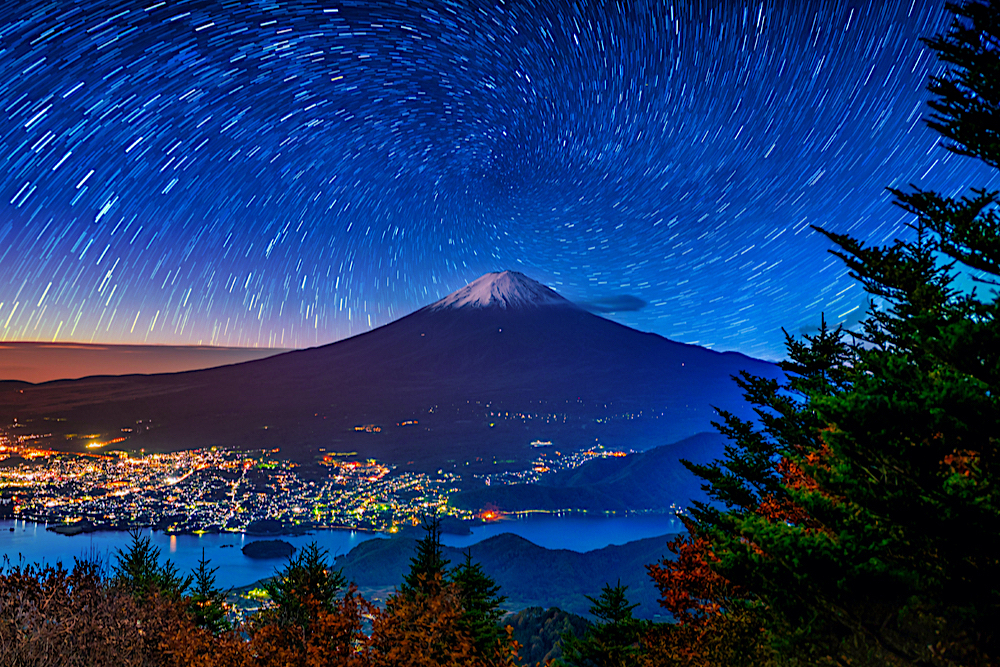 BEST TIME TO VISIT: If you aren't traveling to hit the ski slopes, the months from March to May and from September to November are generally considered the best times to visit the country.
HOW TO GET AROUND: The most efficient way to travel around most of Japan is by train. Trains in Japan are punctual, comfortable, safe, and clean.
CURRENCY: Yen

DISCOVER NAGOYA, OSAKA, HIMERIJ, OKAYAMA, KYOTO & HIROSHIMA IN OUR NEXT BLOG. VISIT EXPLORE FOR 1150+ EXPERIENCES IN 110+ COUNTRIES AND FIND YOUR NEXT AWESOME EXPERIENCE AT BLOG