Russia. It is a riddle wrapped in a mystery inside an enigma (Winston Churchill). 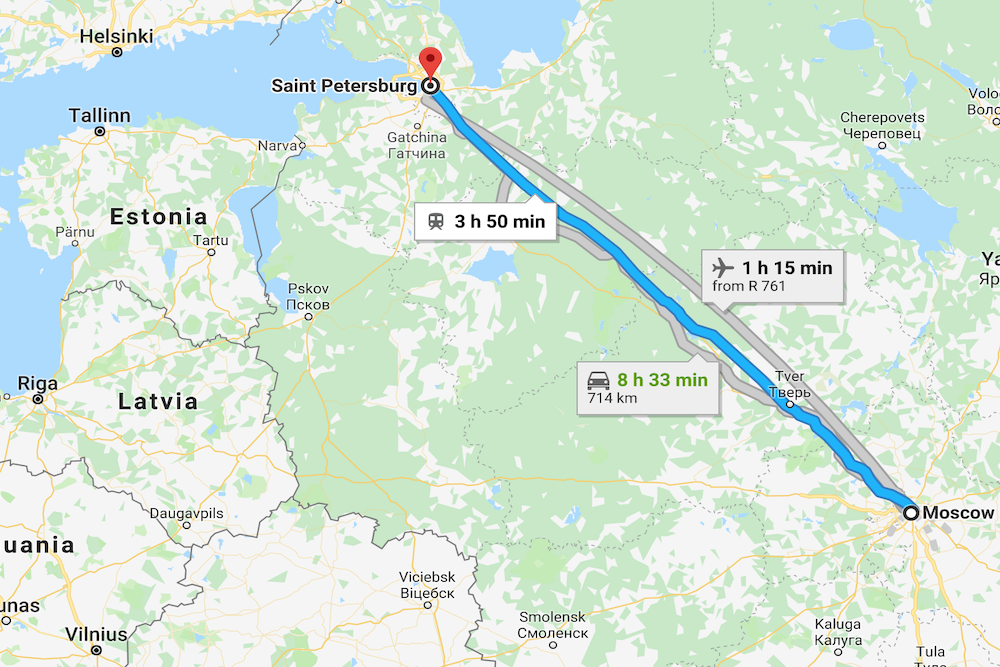 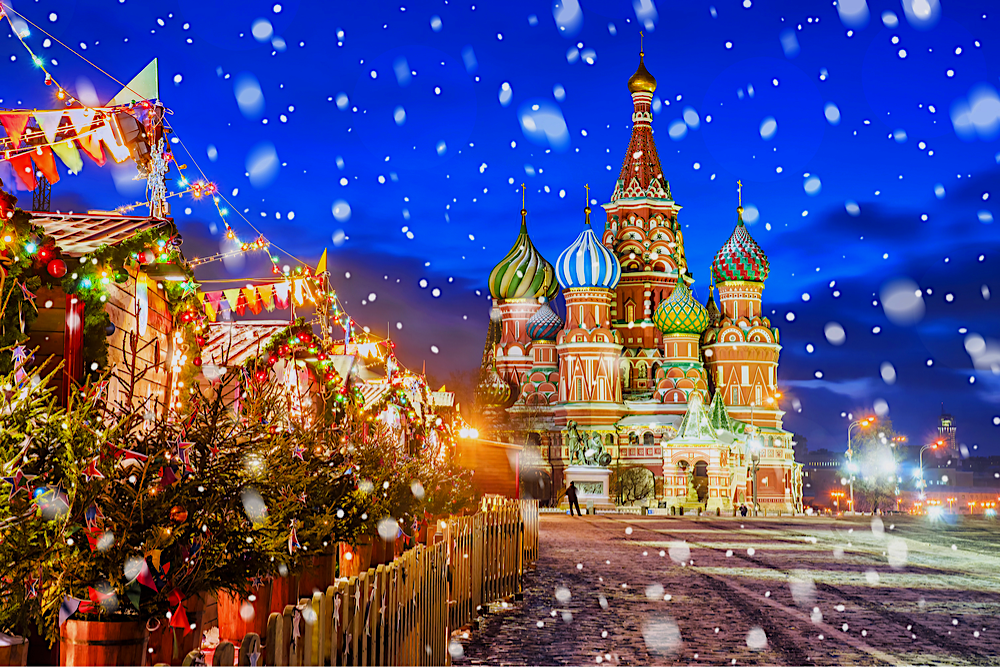 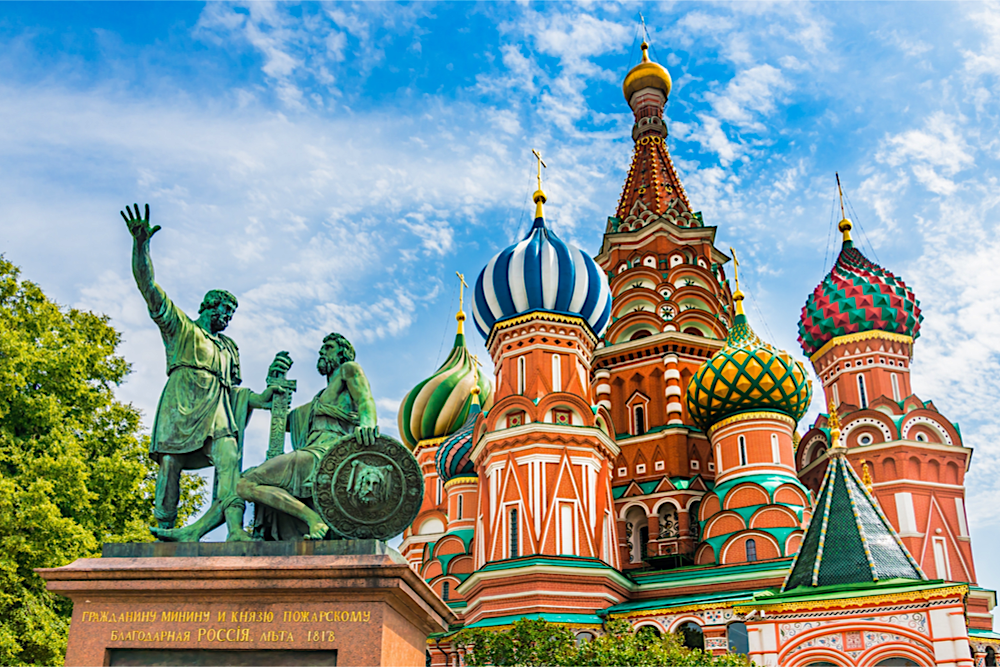 Moscow, on the Moskva River in western Russia, is the nation’s cosmopolitan capital. In its historic core is the Kremlin, a complex that’s home to the president and tsarist treasures in the Armoury. Outside its walls is Red Square, Russia's symbolic center. It's home to Lenin’s Mausoleum, the State Historical Museum's comprehensive collection and St. Basil’s Cathedral, known for its colourful, onion-shaped domes. Explore Alexander Garden and Tverskaya (Gorky) Street, the beating heart of Moscow. 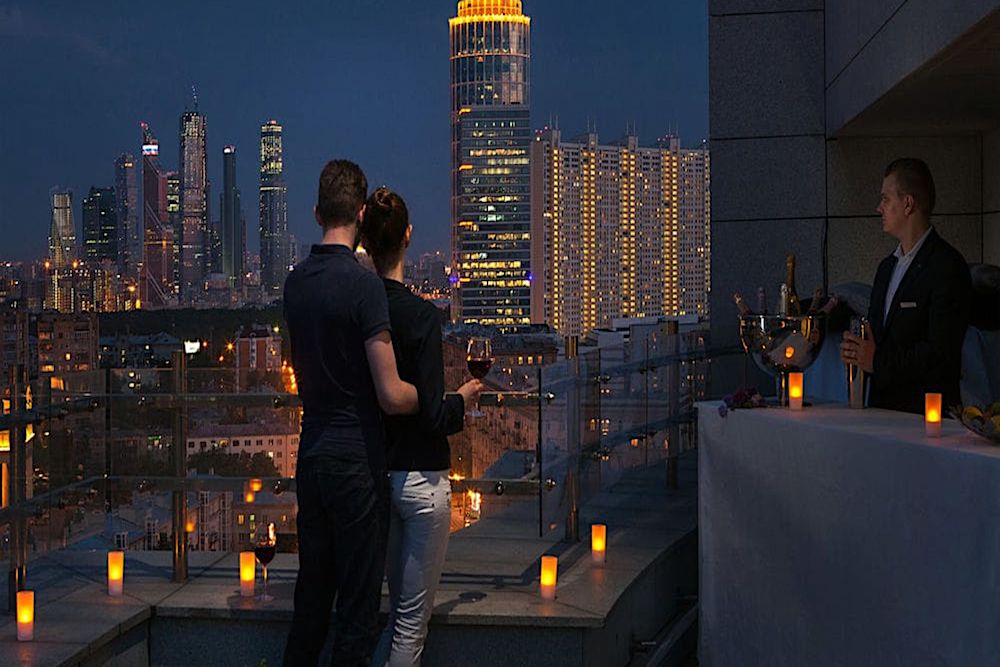 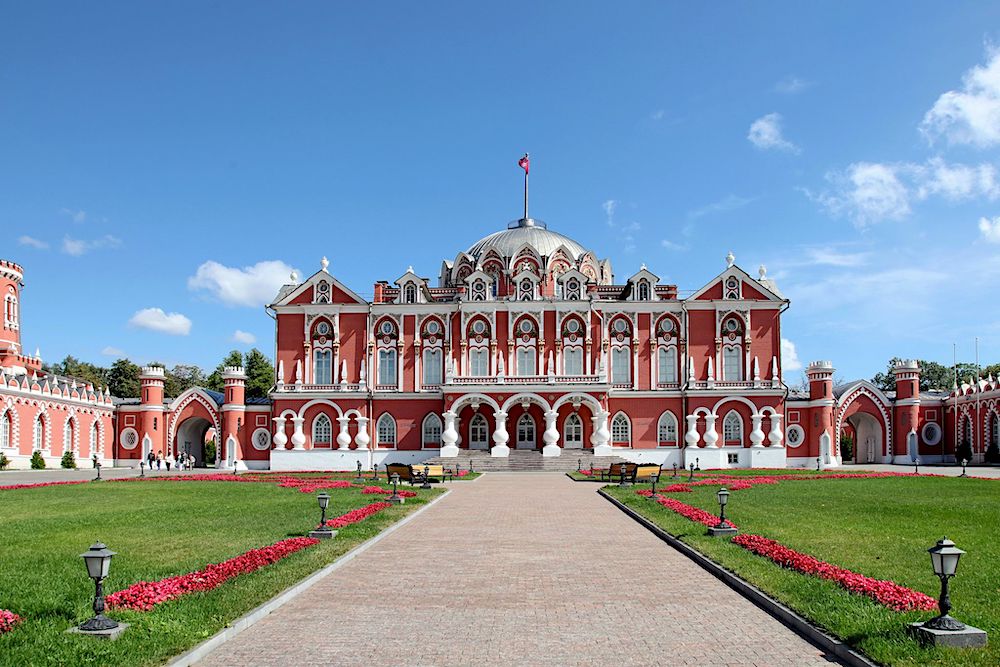 Get inspired by imperial luxury. Originally built in the late 18th century for Empress Catherine the Great (Catherine II), the Palace was used as a resting place for travelling noblemen on their journeys from Saint Petersburg to Moscow. Russian architect Matvey Kazakov designed this luxurious building in the finest tradition of the Romantic Neo-Gothic style. The palace gardens were later transformed into a beautiful landscape park, which is known as one of the most picturesque parks in Moscow. 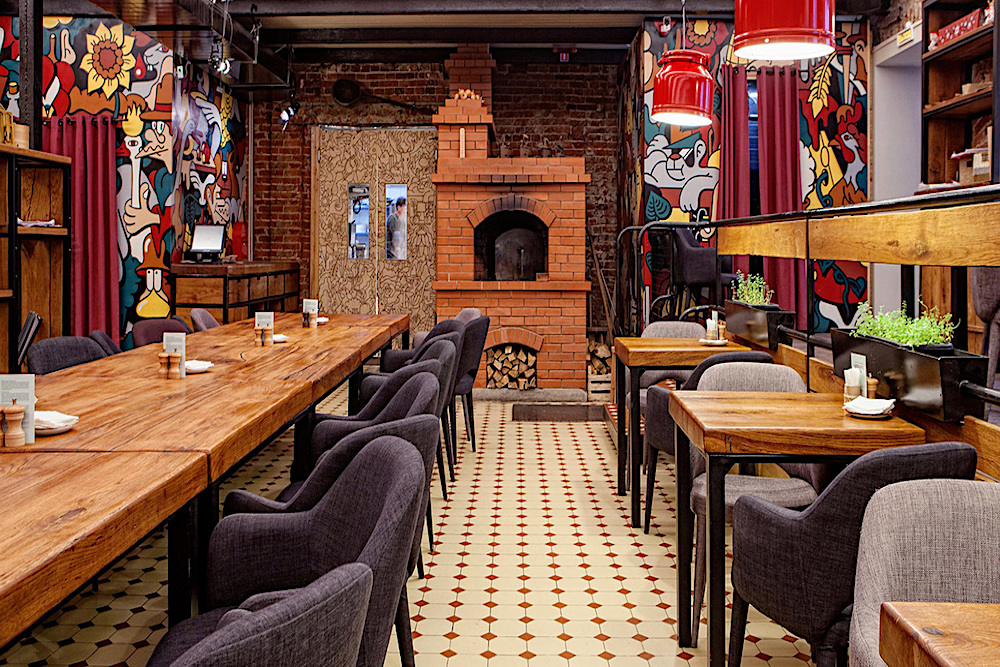 Food is not just eating. Farm-to-table restaurant LavkaLavka is a new Russian cuisine restaurant. They are not trying to recreate 18th century cuisine, but instead to keep these traditions and respectfully follow them it in their daily work. Their timeline ignores 20th century trends of gastronomic degradation in Russia. They cook and work like nothing happened, as if cuisine just naturally developed into present.

PLAY AT WALKS WITH FOLKS 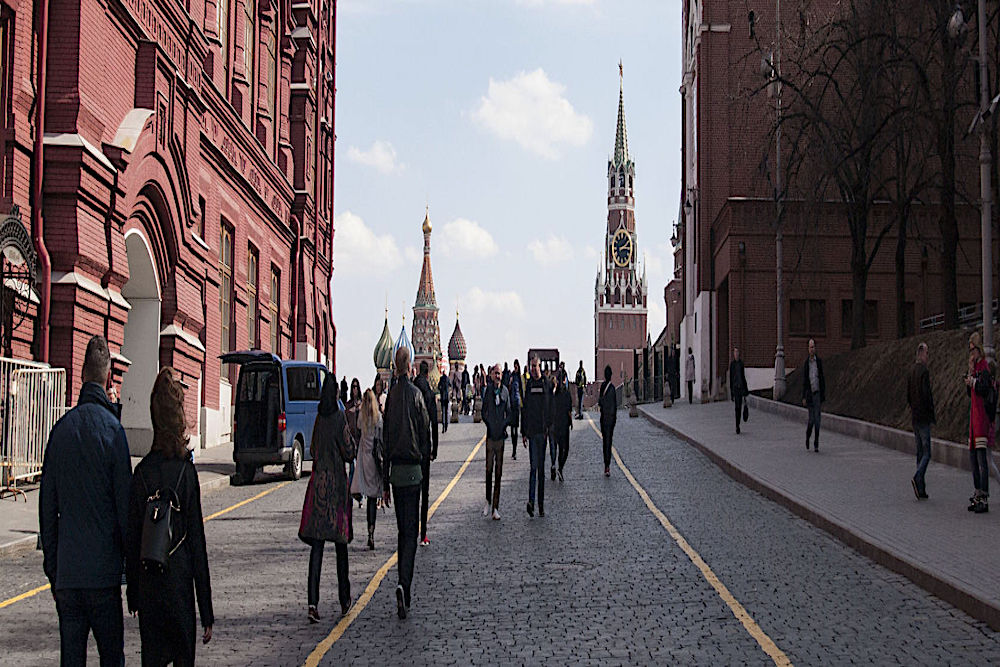 Great tours with fantastic guides.Join Walks with Folks for unforgettable private tours in Moscow, Saint Petersburg and the Golden Ring of Russia. All their tours are available in English, Spanish, German and French. 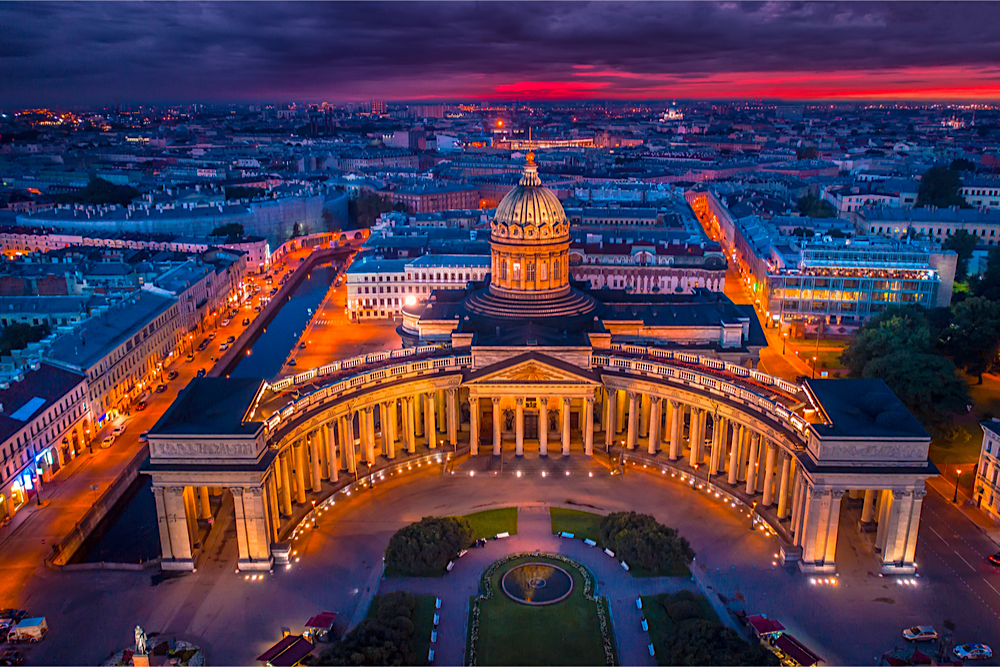 Peter The Great established the Russian Empire in 1721, although the Romanov dynasty had been in power since 1613. One of Russia's most charismatic and forceful leaders, Peter built the foundations of empire on a centralised political culture and promoted "westernisation" of the nation. As part of this effort he moved the capital from the history rich city of Moscow to Saint Petersburg, a city built at a great expense and by a great effort of the Russian people. Best architects from France and Italy were involved designing the city. Saint Petersburg became known as Russia's "Window on the West" and adopted the manners and style of the royal courts of western Europe, even to the point of adopting French as its preferred language. 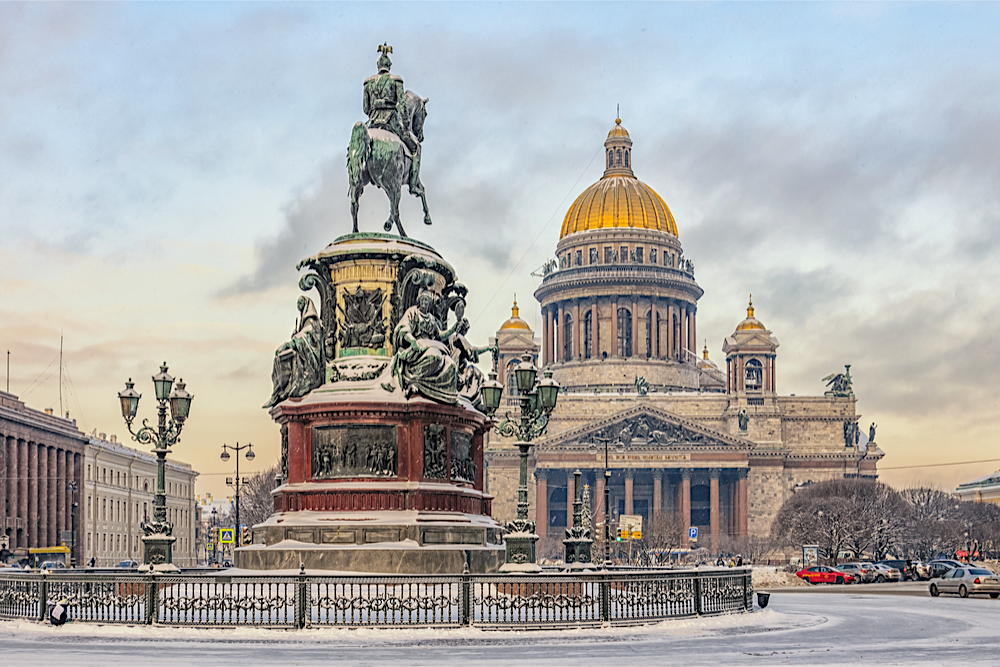 Travel to St. Petersburg, a port city on the baltic sea by plane, train, bus or even boat (Full details at: Russia). It was the imperial capital for 2 centuries, having been founded in 1703 by Peter the Great, subject of the city's iconic “Bronze Horseman” statue. It remains Russia's cultural center, with venues such as the Mariinsky Theatre hosting opera and ballet, and the State Russian Museum showcasing Russian art, from Orthodox icon paintings to Kandinsky works. Visit the Savior on the Spilled Blood, Palace Square, the Winter Palace and the State Hermitage Museum, all in the same area. Travel to The Peterhof Palace,  a series of palaces and gardens commissioned by Peter the Great as a direct response to the Palace of Versailles by Louis XIV of France. 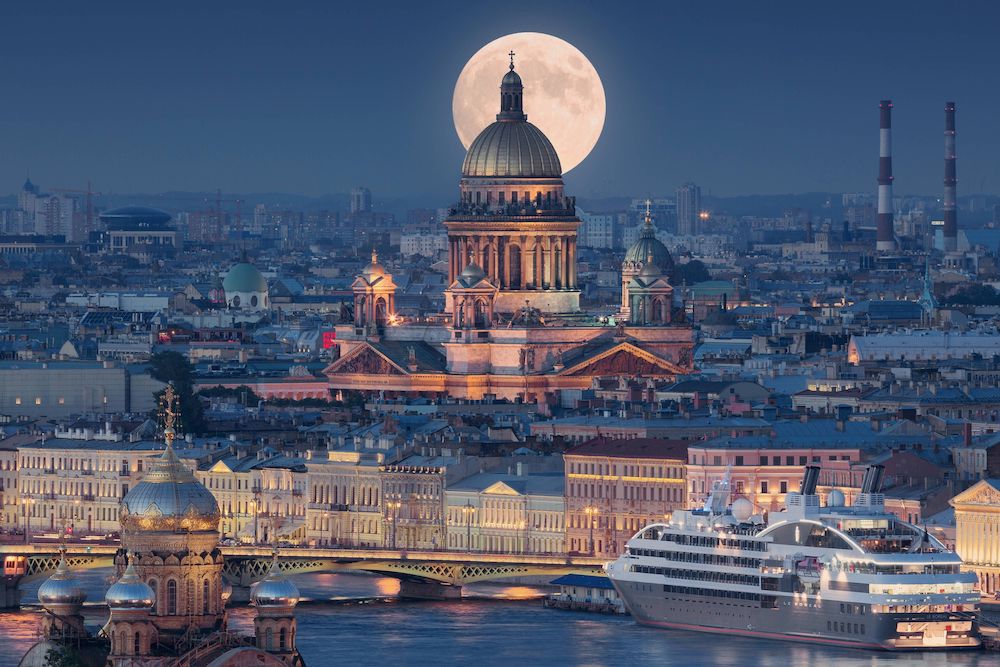 Prime location with incredible views. Immerse yourself in the rich history and unique style of one of Russia's most captivating cities at Renaissance St. Petersburg Baltic Hotel. The prime city center location, sophisticated accommodations and superb services make the hotel an ideal destination for both business and vacation travellers. Attend events at Expoforum and Lenexpo, or explore the famous attractions nearby including St. Isaac's Cathedral, the Hermitage Museum, Nevsky Prospekt Street and the Mariinsky Theatre. 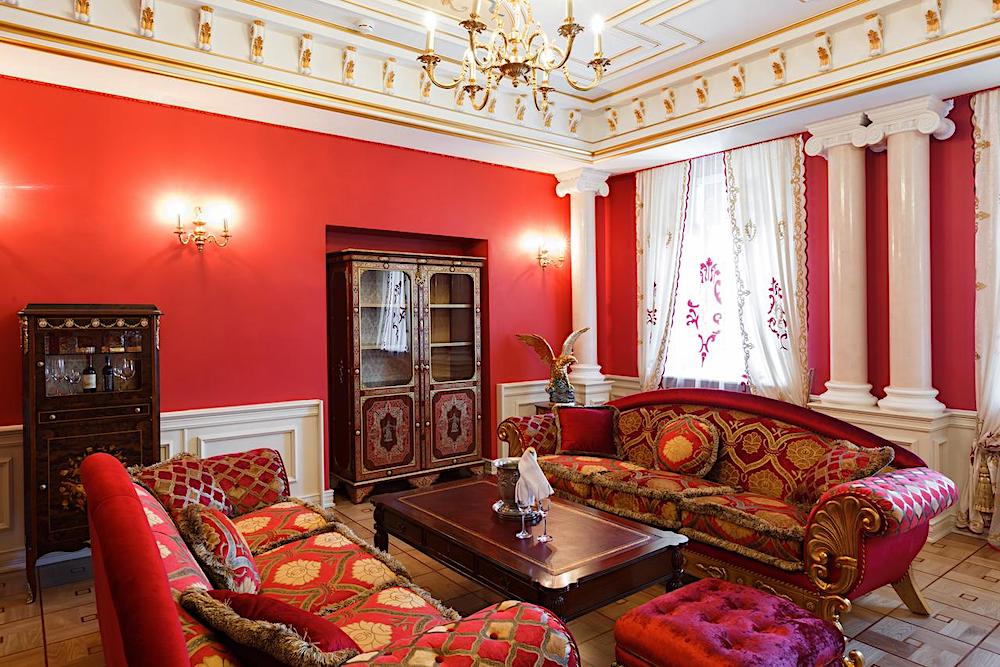 A reflection of the imperial St. Petersburg. Trezzini Palace is a five-star de luxe hotel for those who value luxury and can enjoy it. It is located in house 21 on University embankment. The building was constructed in the XVIII century upon the design developed by one of the main architects of St. Petersburg – Domenico Trezzini. Trezzini Palace offers kingly apartments uniting marvelous design and five star service to its valued guests. 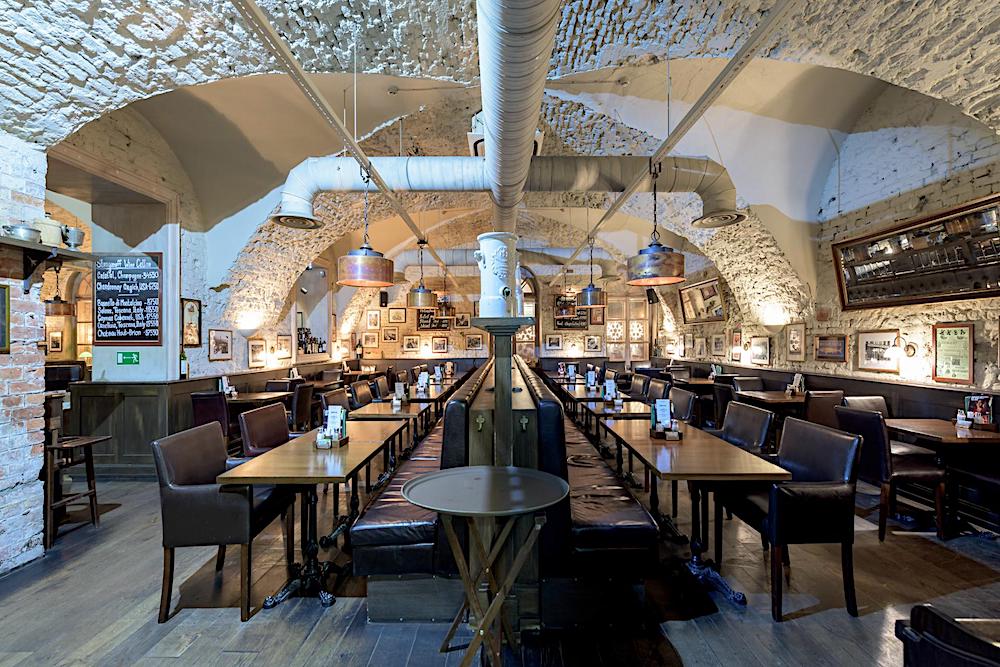 Great food and excellent atmosphere. Stroganoff Steak House is the largest steak house in Russia and one of the biggest in Europe. Its area is 1246 sq. m, while the seating area is 450. The restaurant was opened on the 10th of May, 2007 in the center of St. Petersburg in a historical building where barracks and stables of the Horse Guards were located before the Revolution. 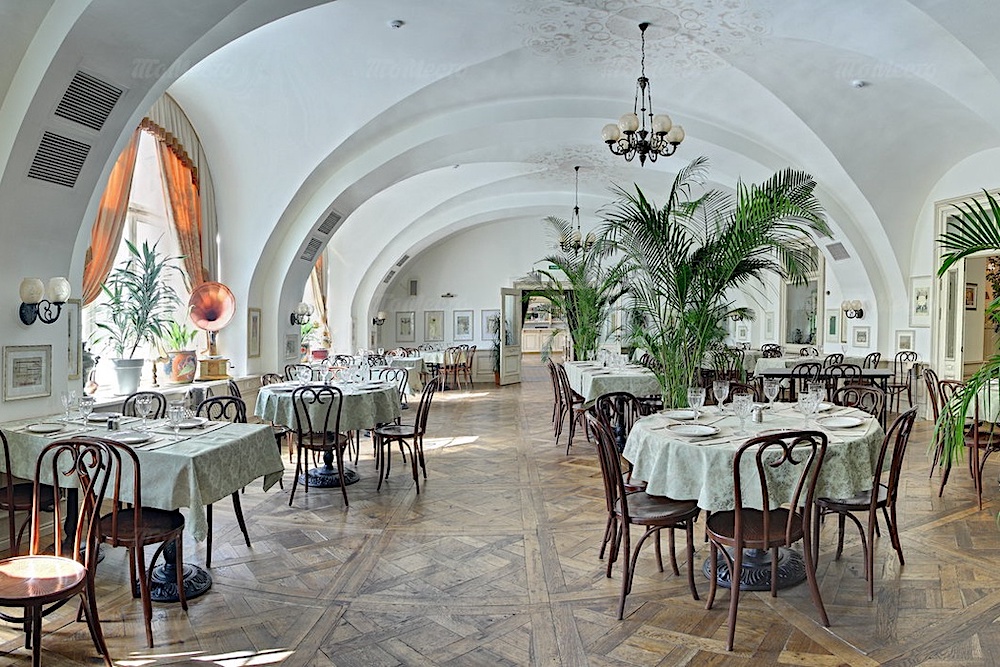 Imperial 19th century dining. Russian Vodkaroom #1 was opened in 2008. The whole concept of the project takes you back to the imperial 19th century. The chef Andrey Vlasov is justly considered to be one of the best specialists in Russian cuisine. He is a repeat winner of local and national professional exhibitions, awards, and competitions. 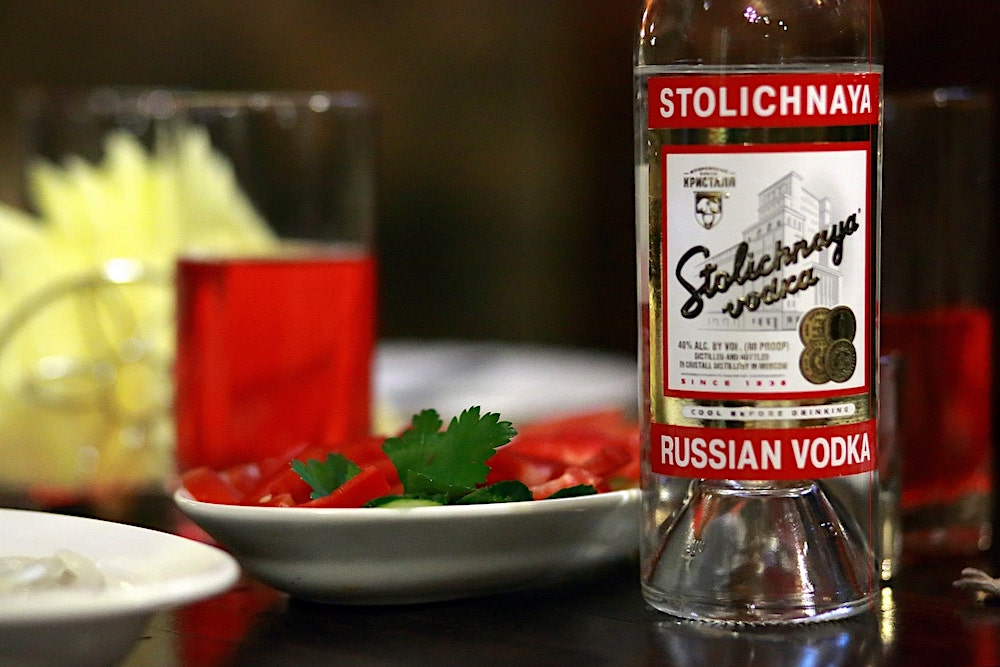 The world's largest collection of Russian vodkas. The Russian Vodka Museum is an integral part of the "Russian VodkaRoom No. 1" located within the restaurant. The exhibition reveals the details of origin and history of vodka from the 14th century to the present day. 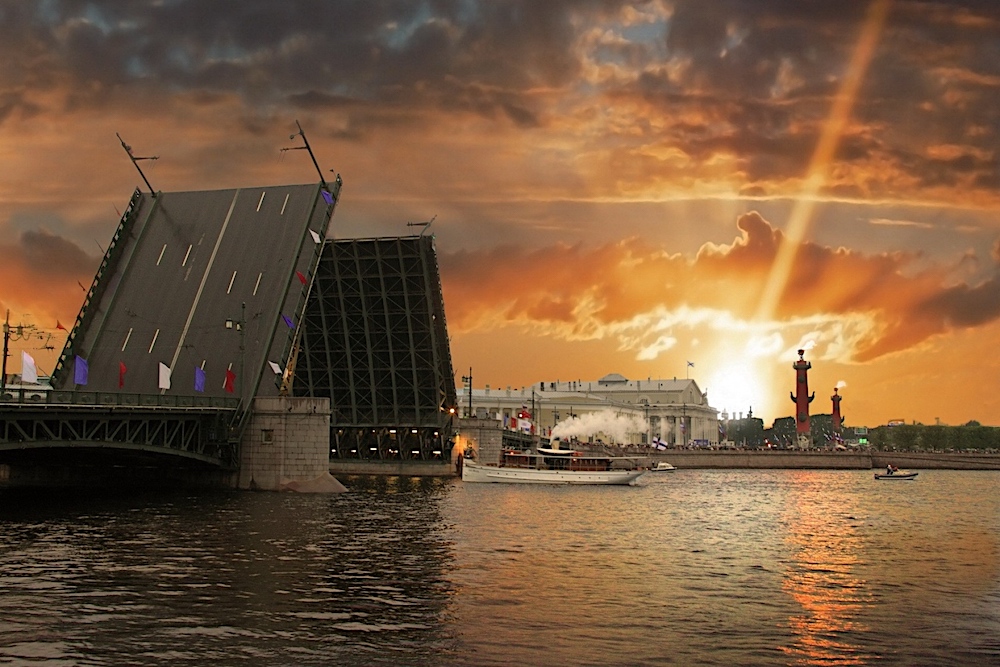 Tailor-made tours. St.Petersburg Welcomes Tours are focused on unique tailor-made tours. Their priority is comfort and travel preferences. A team of professional guides will make your journey memorable and exciting.

Click on the links above for more details and to book directly from the featured twisht experiences at the lowest prices. Visit EXPLORE for 670+ experiences in 100+ countries or find your next awesome experience at BLOG