Elba is a Mediterranean island in Tuscany, Italy, 10 kilometres (6.2 mi) from the coastal town of Piombino on the Italian mainland, and the largest island of the Tuscan Archipelago. It is also part of the Arcipelago Toscano National Park,and the third largest island in Italy, after Sicily and Sardinia. It is located in the Tyrrhenian Sea about 50 kilometres (30 mi) east of the French island of Corsica.

The island is part of the province of Livorno and is divided into seven municipalities, with a total population of about 30,000 inhabitants which increases considerably during the summer. The municipalities are Portoferraio (which is also the island's principal town), Campo nell'Elba, Capoliveri, Marciana, Marciana Marina, Porto Azzurro, and Rio. Elba was the site of Napoleon's first exile, from 1814 to 1815. 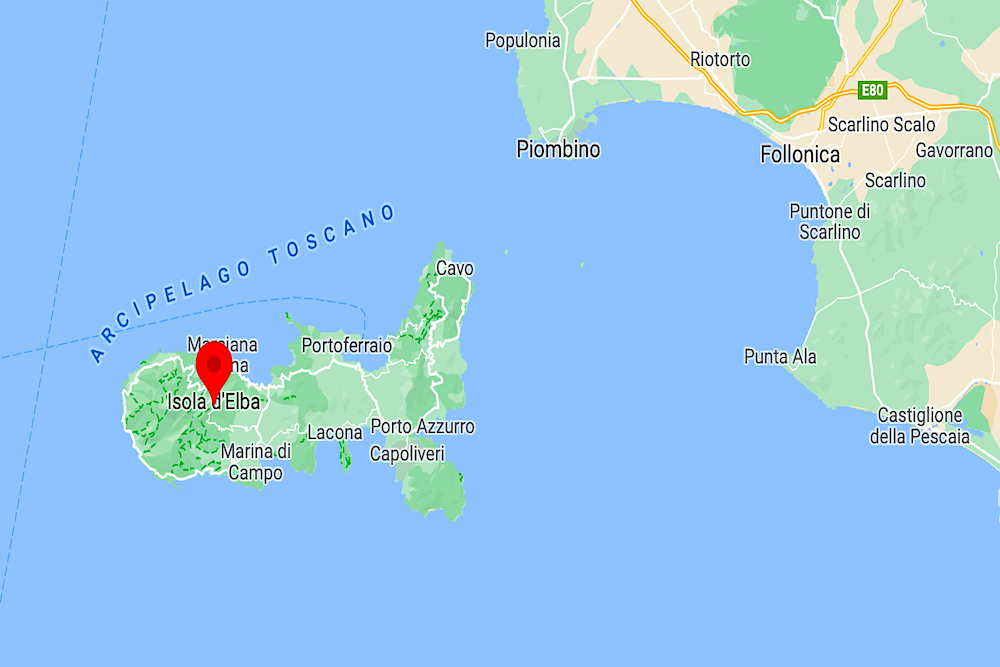 The island offers many delights, here are just a few to explore: 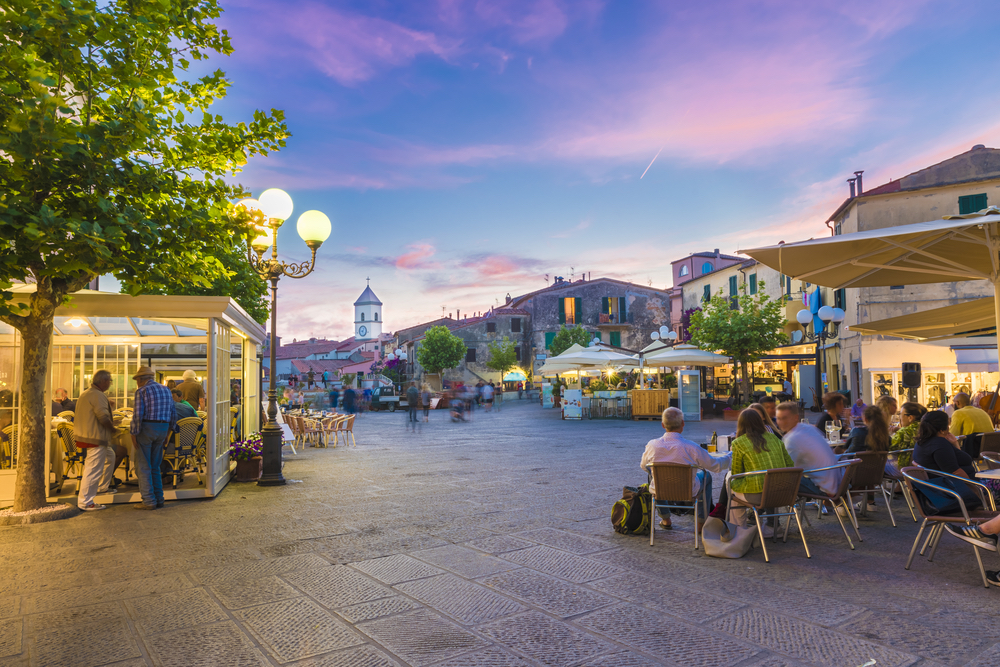 The small commune of Capoliveri is located on a small hill and is one of Elba's liveliest and most characteristic towns, rich in fascinating history.  An added bonus is the various beautiful beaches in the vicinity. 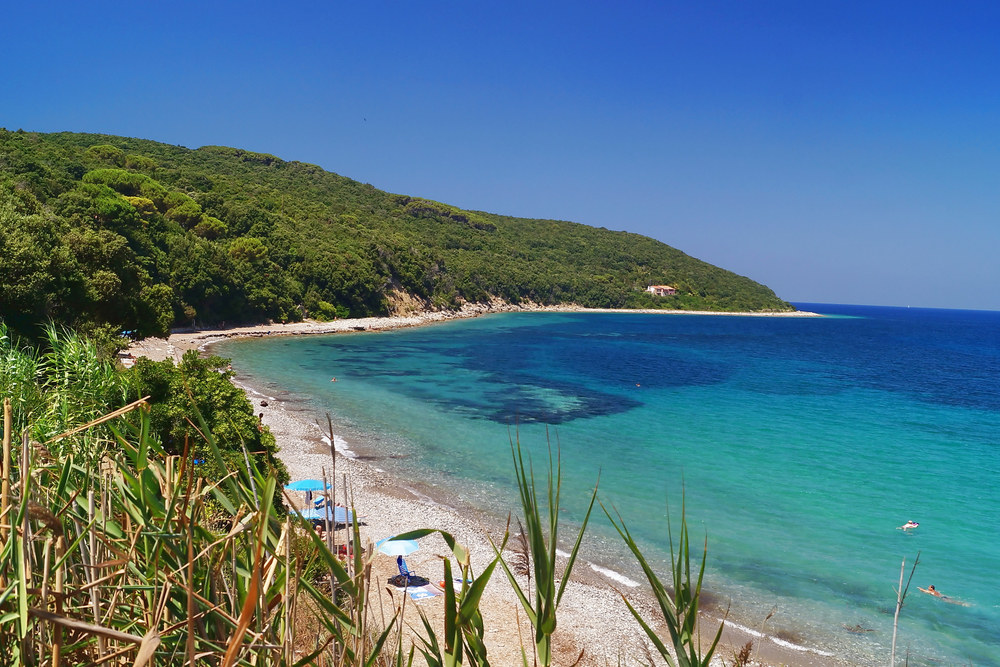 Cavo is a beach resort with a 400 metre long sandy beach that goes as far as Capo Castello, where there are the remains of a Roman villa from the first century AD, and a beautiful coastline of cliffs that goes from Capo Castello to Capo della Vita. 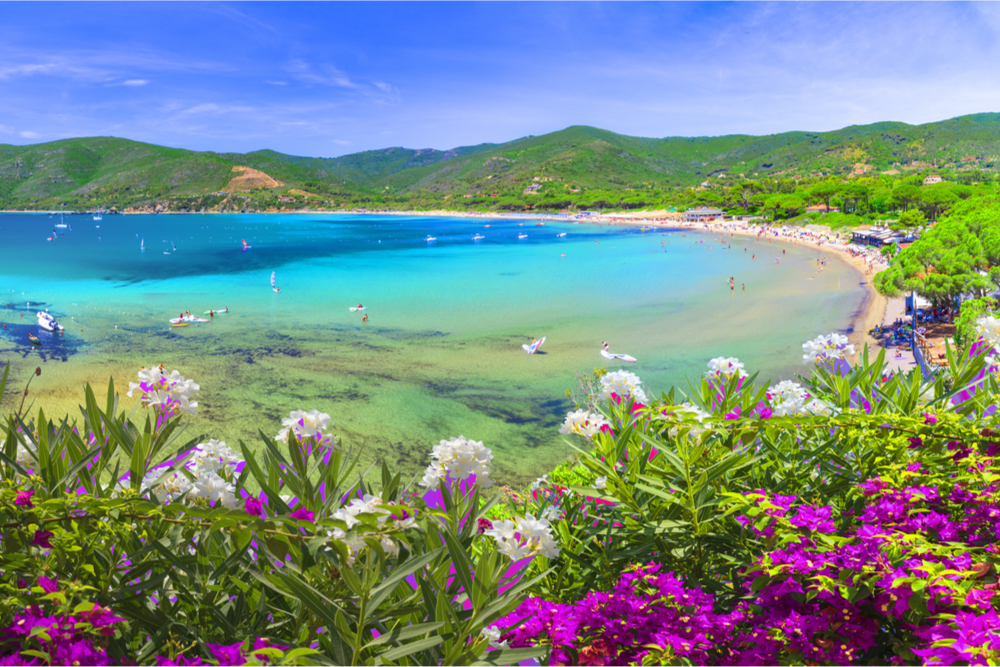 Lacona is located about 10 km from Capoliveri.With a length of 1,2 kilometres, Lacona is the longest beach on the Island of Elba after the one in Marina di Campo. This golden arch facing Montecristo is called after the gulf bearing the same name, and is sheltered by Capo Fonza and the long peninsula of Capo Stella with its many beaches scattered along the coast that can be reached only by sea. 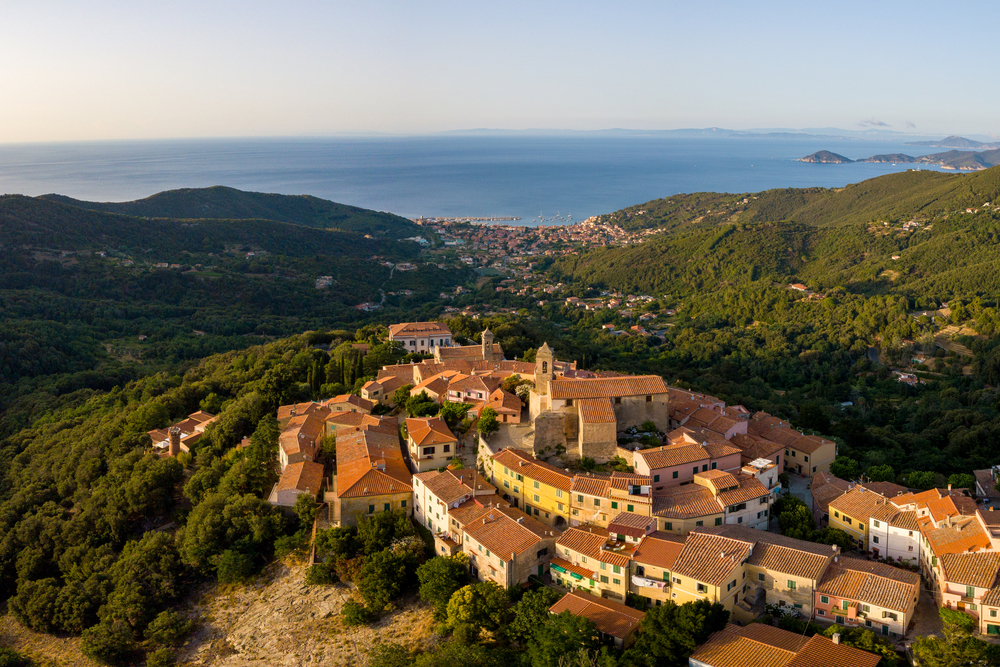 Marciana is a little mountain town and lies under the Monte Capanne, the highest mountain of the Island of Elba. It is one of the oldest municipalities of Elba Island, as well as one of the most interesting for its archaeological treasures, which can be discovered in the Archeological Museum in the Palazzo Pretorio. 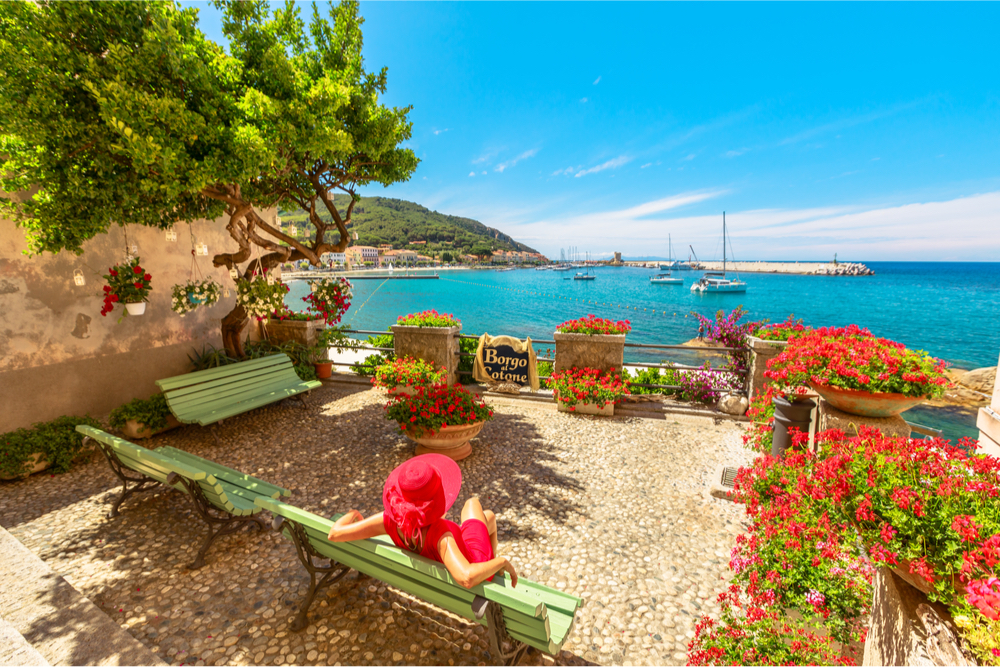 Marciana Marina is the smallest town on the island and it is just a mere five square kilometers, which are filled with lush greenery and a stunning waterfront. 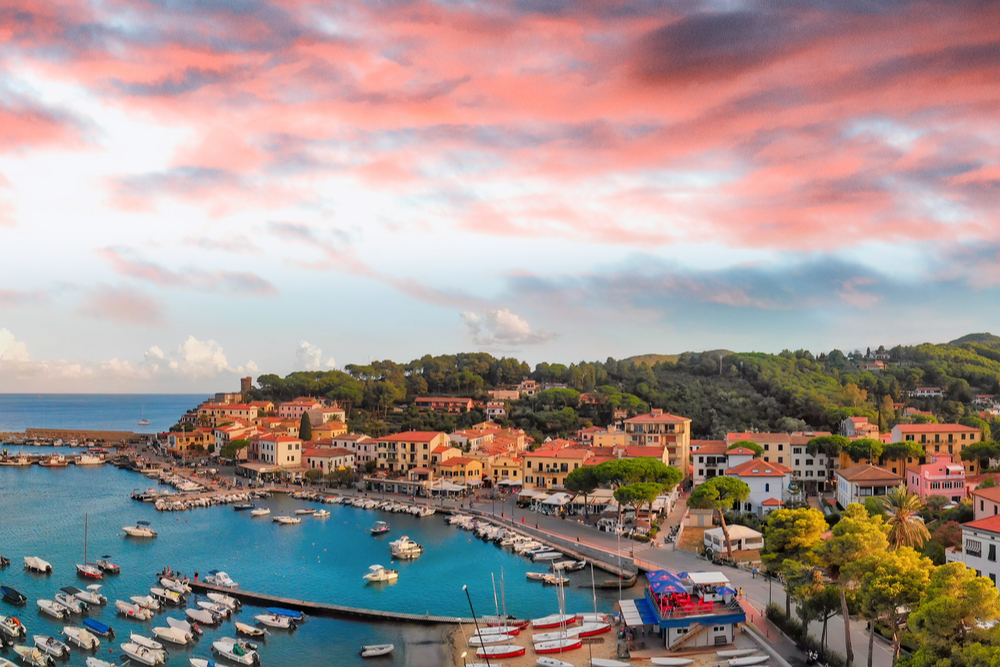 Marina di Campo is a gorgeous small town which boasts with the longest beach on the island - nearly a mile (1.4 km) of soft white sand. 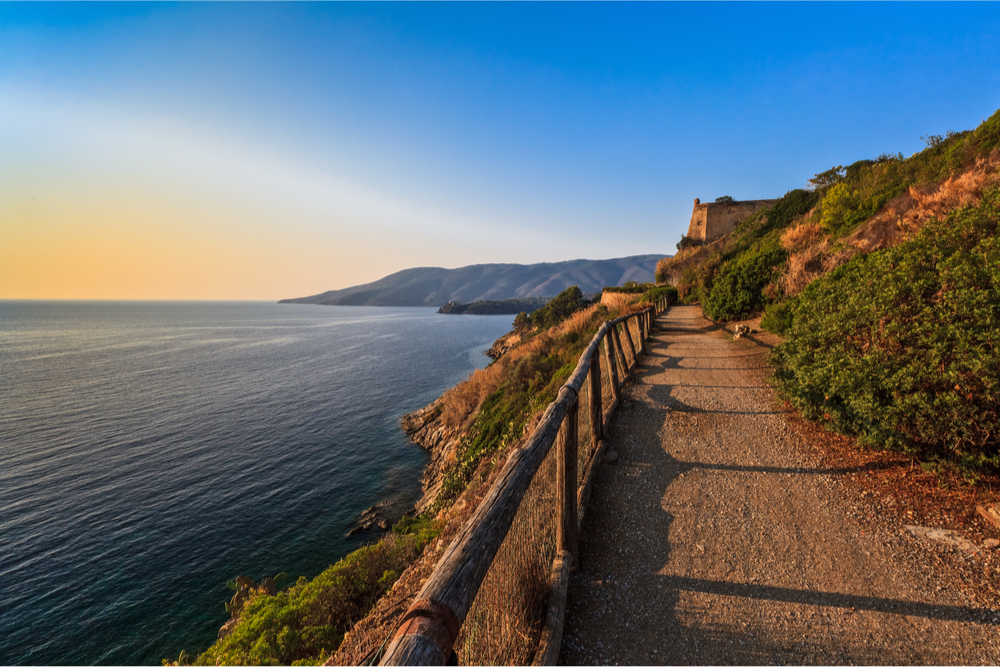 The charming seaside town of Porto Azzuro grew up at the foot of the San Giacomo Fort, built in the early 17th Century by the Spanish, who wished to control and defend the surrounding area. 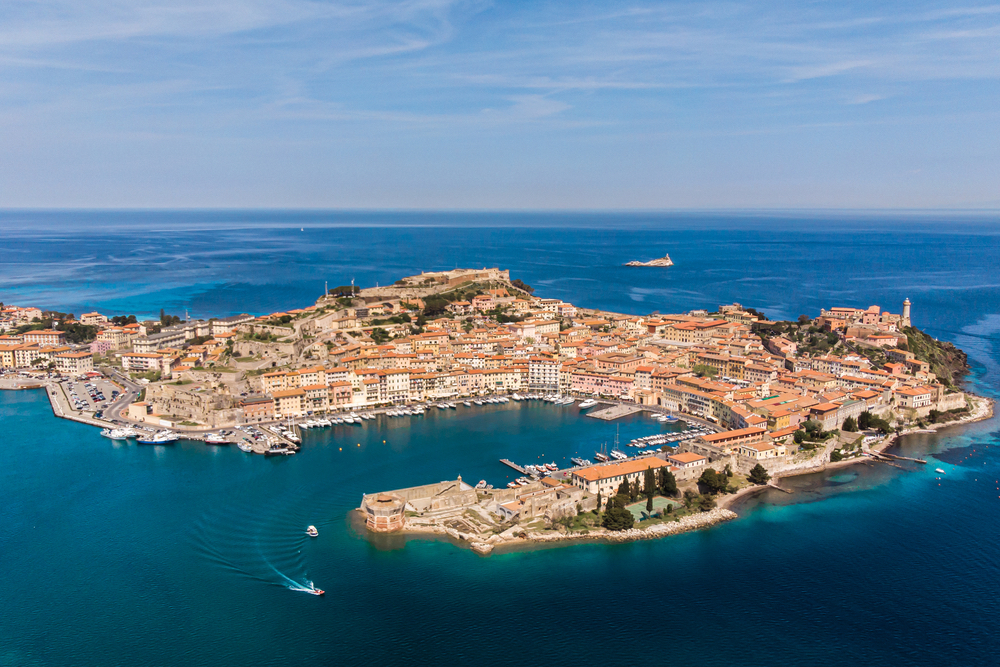 Portoferraio is the largest town on the island. It was founded by Cosimo I de' Medici, Grand Duke of Tuscany, in 1548, with the name of Cosmopoli ("Cosimo's City"), to balance the presence of the Spanish citadel in Porto Azzurro. It had three forts (Forte Stella, Forte Falcone and Forte Inglese)[3] and a massive line of walls, all still visible today. In 1814 it was handed over to Napoleon Bonaparte, as the seat of his first exile. 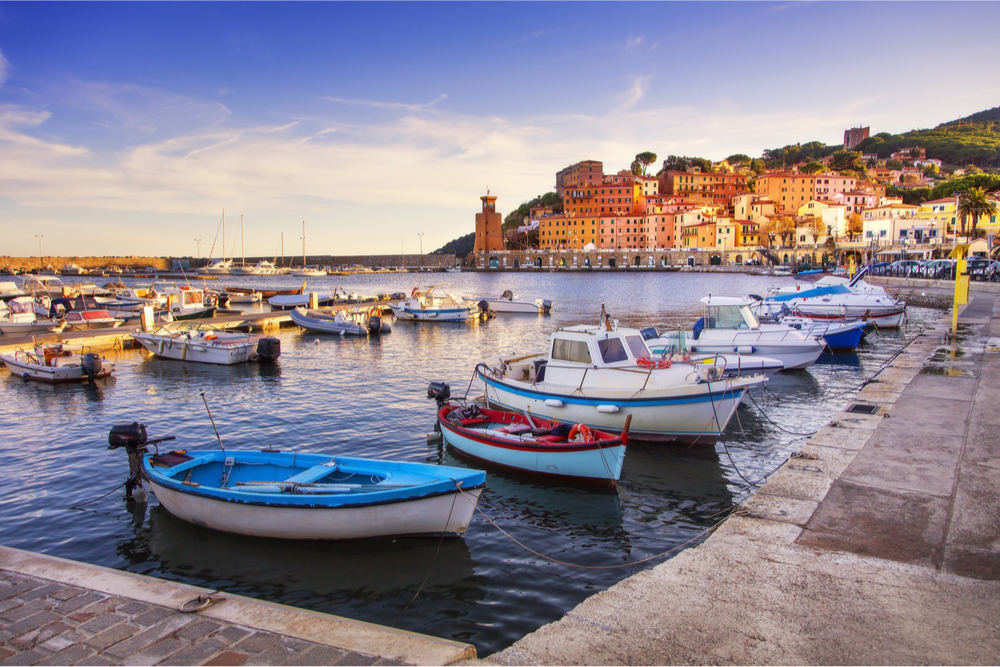 Rio Marina is historically the Iron Capital of the Island of Elba. The mines and the port in Rio Marina were used for extracting and transporting the iron mineral. All the old mines are on the eastern side of Elba, around Rio Marina and Capoliveri. The mines closed in 1981, and now Rio Marina's economy is mostly based on tourism. 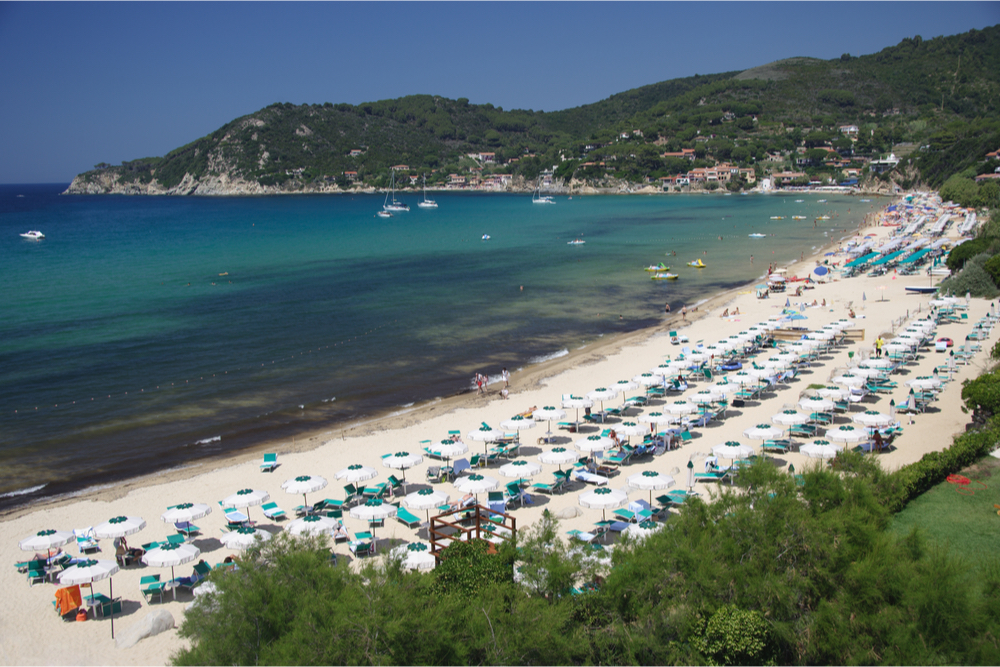 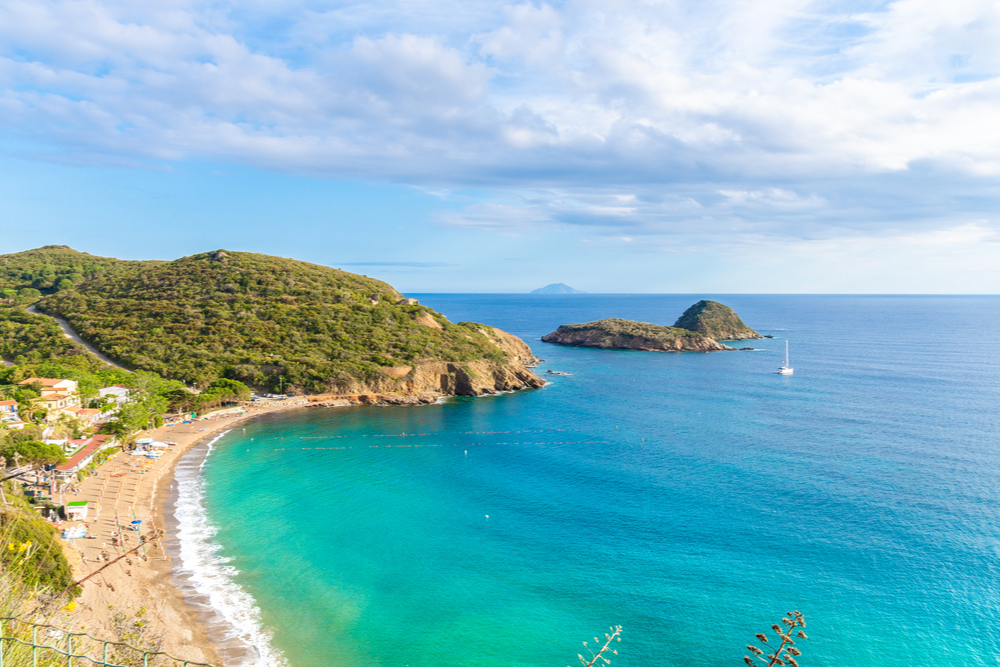 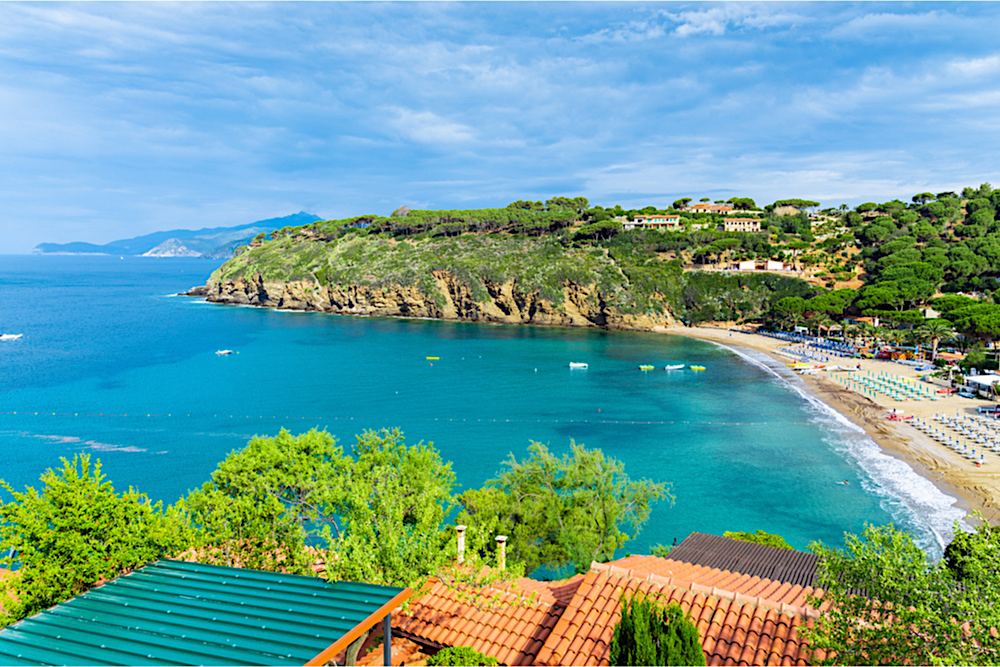 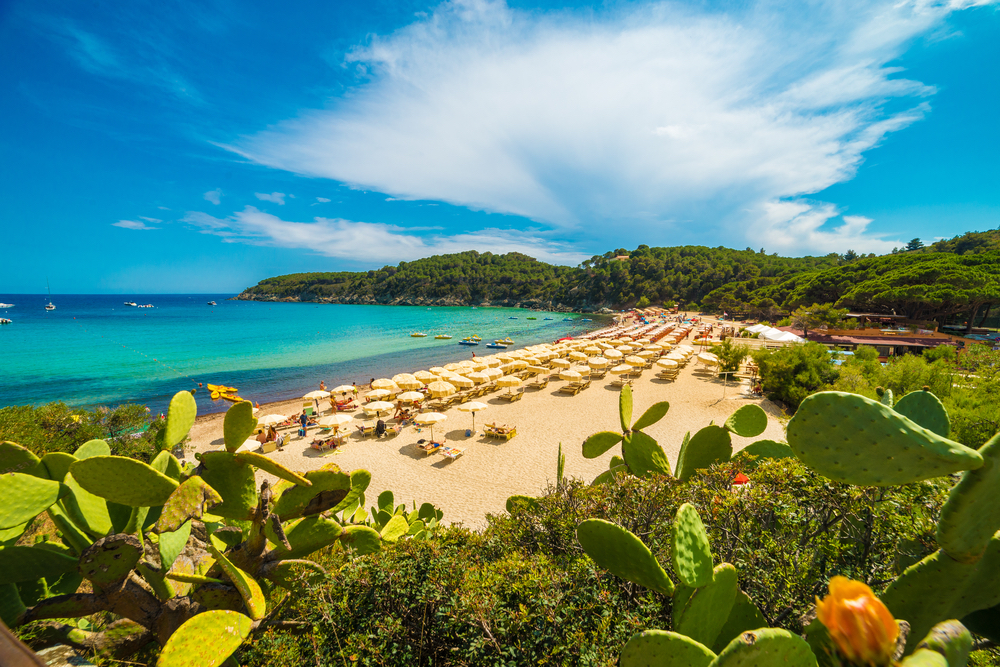 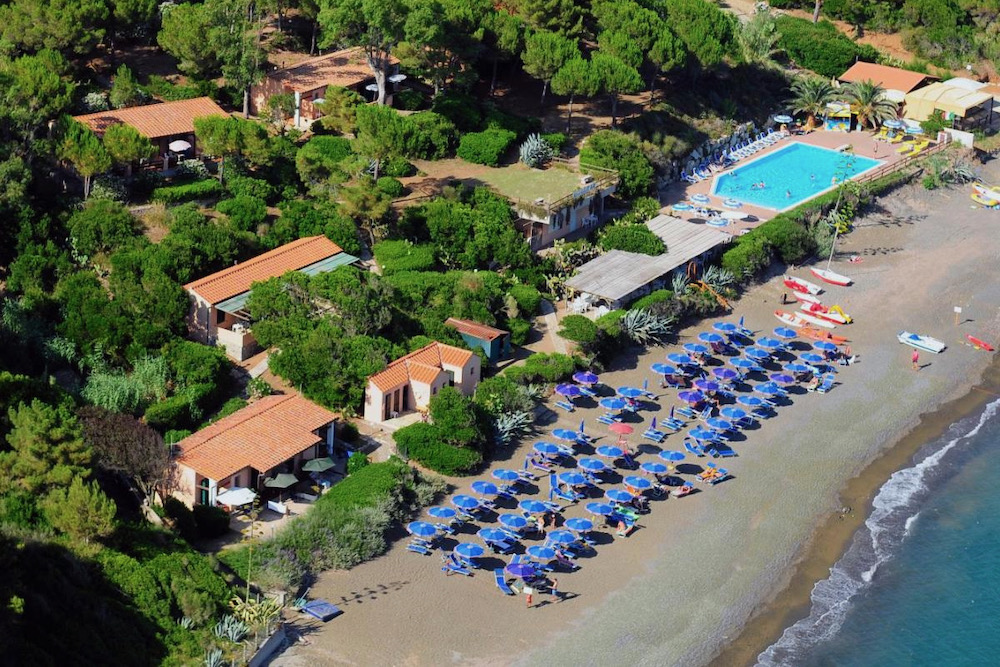 The initial part of the hotel Capo Sud was constructed in 1955 by the Di Puccio family, which still manages it today. Since then, the hotel has expanded and been renovated several times, but the reserved and amicable welcome to guests has never changed. The hotel provides hospitality in forty rooms located in small villas (that have from a minimum of 2 to a maximum of 12 bedrooms) within a park covering more than 10,000 m2 and including their own private beach. 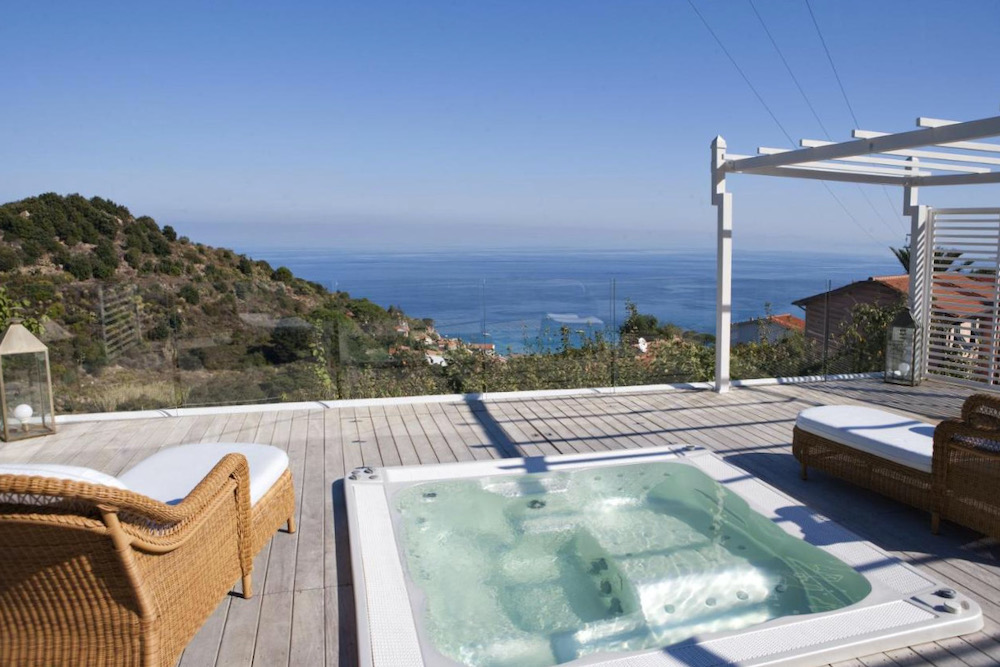 The Hotel Gallo Nero in Sant'Andrea was created with care to preserve the special balance between the Mediterranean landscape of the island of Elba and its sea. At a time when the people of Elba were farmers and fishermen, they were also preparing to become hoteliers. Although the rooms and equipment have been continuously renovated, the Hotel Gallo Nero continues to develop in the spirit of family tradition and continues to strive for a harmonious balance between the mission of providing the best service and preserving an intact natural environment. 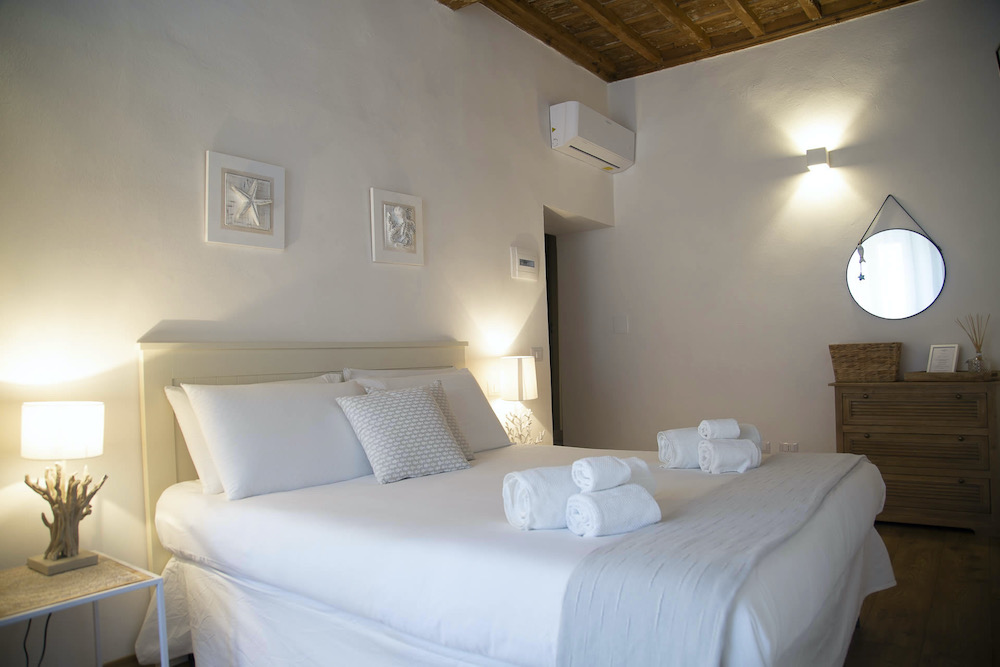 Indarsena offer guests two possibilities. You can choose whether to have a holiday with the comforts of a hotel by staying in the B&B or in the adjoining apartment, if you prefer a more intimate stay with family or with couples of friends. Both properties are located in the heart of Portoferraio, recently renovated and furnished with fresh and cheerful taste.

HOW TO GET THERE: The island is connected to the mainland via four ferry companies, all offering routes between Piombino and Portoferraio, the capital located in the north, Cavo, Rio Marina and Porto Azzurro, on the east coast of the island. There is also an airport on the island, Marina di Campo Airport. It is served by Silver Air with flights to the Italian mainland.

WHEN TO GO:  Elba is best visited from April to October, with July and August being the most crowded months on the island. Many hotels and restaurants close for the winter.