Experience an island adventure of the beaten track

Madagascar, previously known as the Malagasy Republic, is an island country in the Indian Ocean, approximately 400 kilometres off the coast of East Africa. At 592,800 square kilometres Madagascar is the world's second-largest island country. Discover 7 destinations in magical Madagascar: 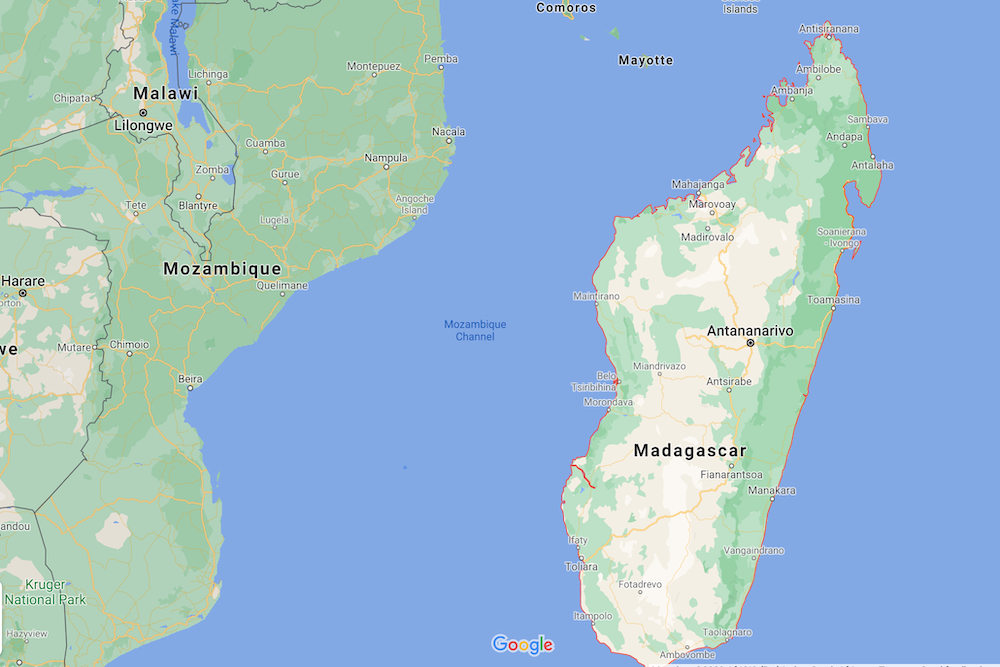 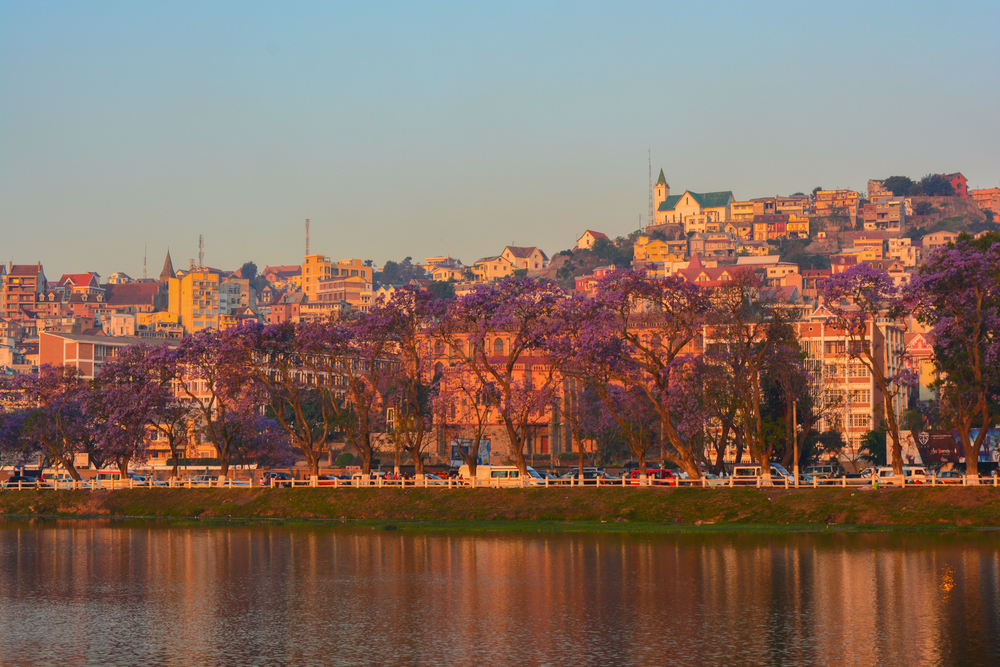 Antananarivo is the capital city of Madagascar and in the island’s Central Highlands. Overlooking the city, the Rova of Antananarivo palace complex was the center of the Merina kingdom from the 17th century. It features wooden houses and royal tombs. The pink baroque Andafiavaratra Palace sits in the nearby Haute Ville neighborhood. In the city center, heart-shaped Lake Anosy is ringed by jacaranda trees. 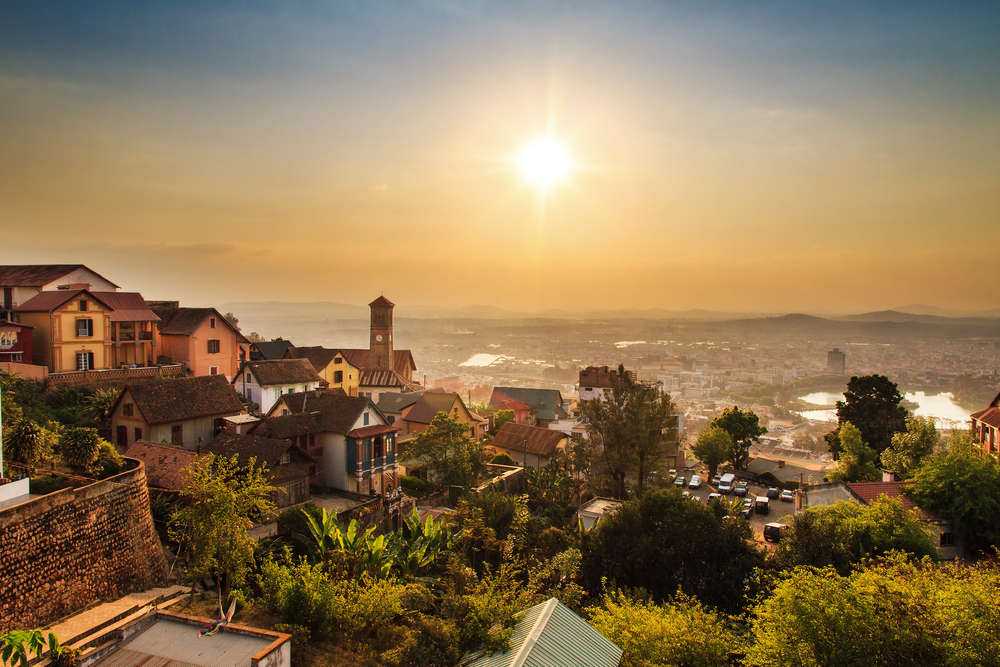 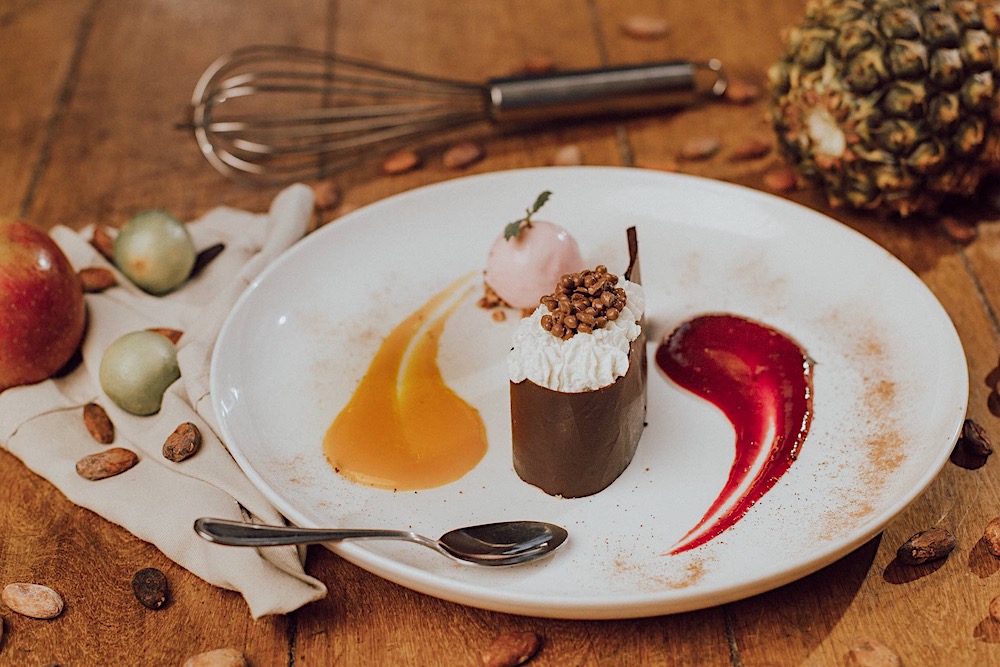 Café du Musée is next to the entrance of Musée de la Photo and has soft lighting, assured cooking and friendly service. The menu is predominantly French but has a few Malagasy and vegetarian options, ranging from stuffed crab, lobster curry and seared duck breast with chocolate sauce and caramelised apple to pork with crushed cassava leaves. 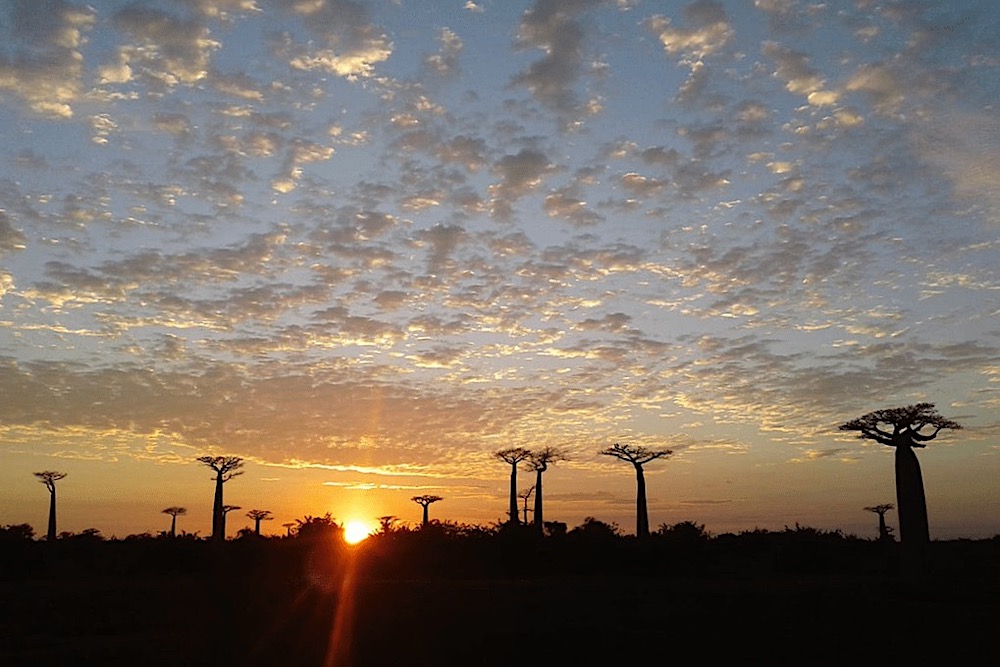 Madagascar Lemur Tour & Guide is a company founded by a team of freelance tour guides with more than 20 years of experience. They put their local knowledge into all of their tours to provide exciting itineraries and outstanding service to take you under the skin of their country for a trip of a lifetime. 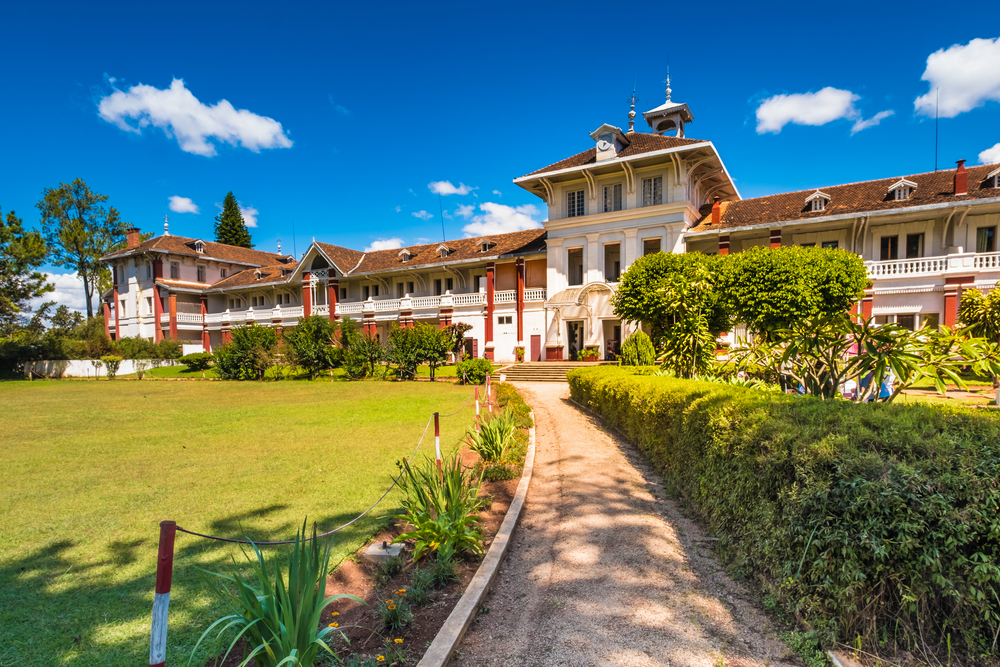 Antsirabe is the capital city of the Vakinankaratra region, in the central highlands of Madagascar. It's a popular spa town, known for its thermal springs and many colorful rickshaws. The city’s French colonial buildings include the Hôtel des Thermes, with its grand facade. Stalls at the souk-like, outdoor Sabotsy Market sell clothing and local produce. Large Lake Andraikiba is just west of the city. 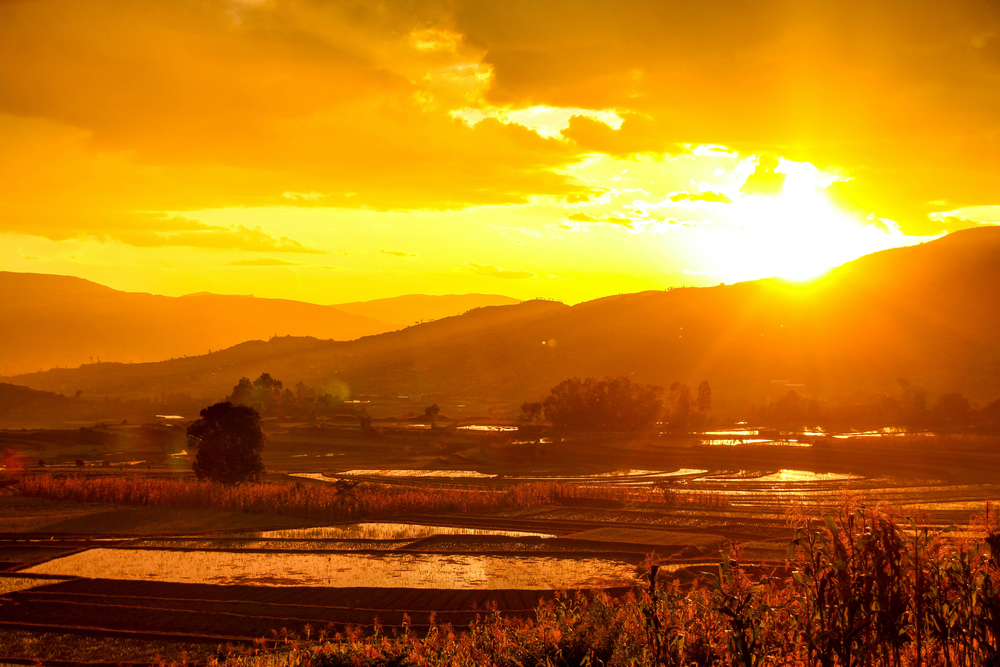 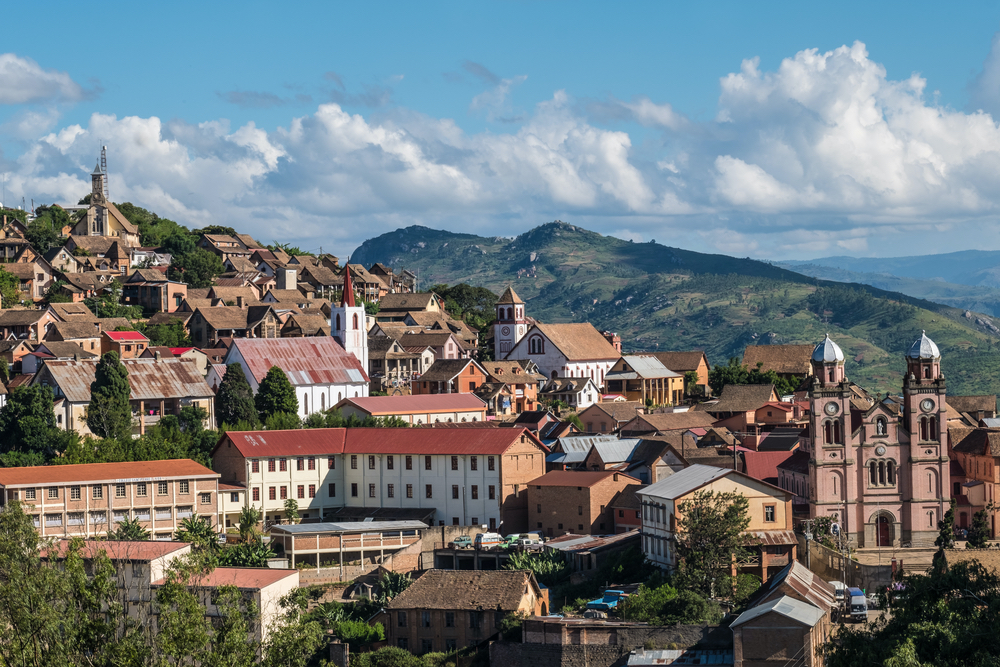 Fianarantsoa, commonly abbreviated as Fianar, is a city in the Fianarantsoa Province of Madagascar. Due to its central location, it is a gateway city for transportation to many other places in central and southern Madagascar. Fianarantsoa is considered the cultural capital of Madagascar. Split into an upper and lower town, it has a captivating historical charm. 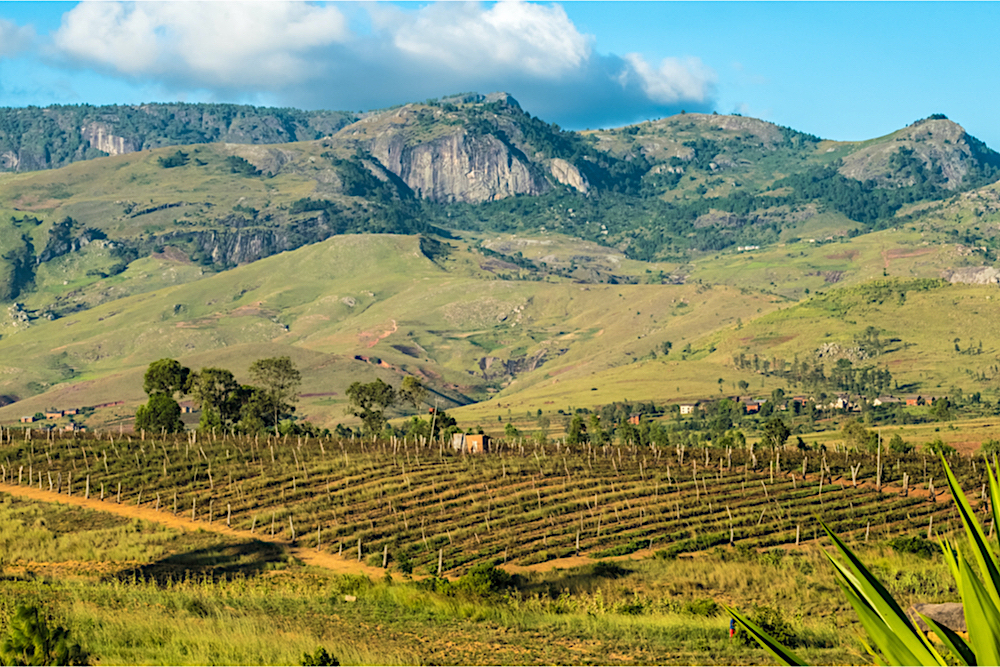 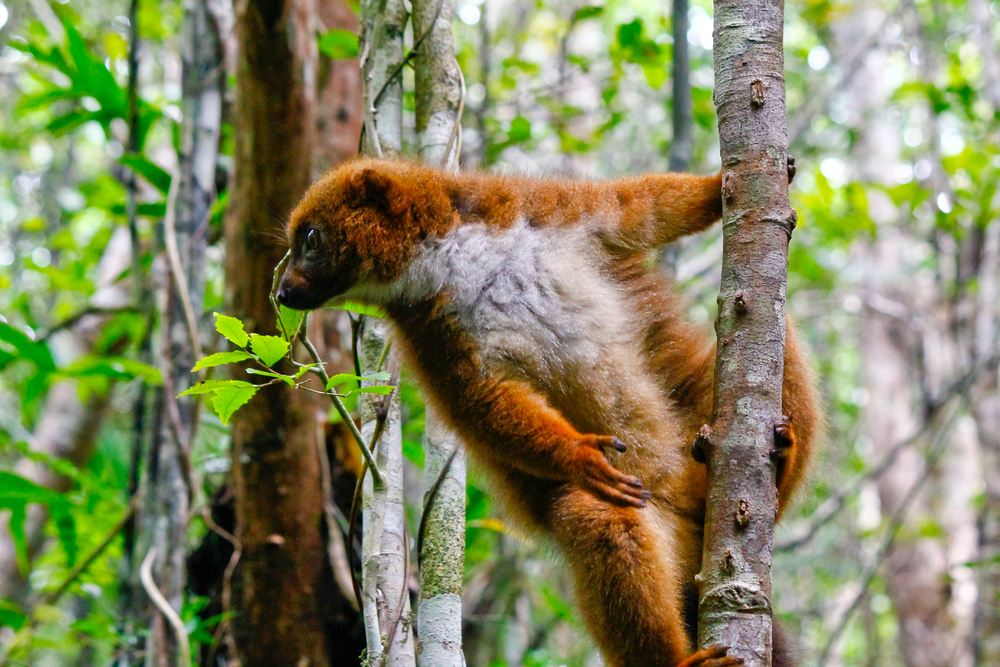 Ranomafana National Park is located close to RN7 in Fianarantsoa Province of Madagascar. It is holds 41,600 hectares (161 square miles) of rain forest that is home to several lemur species, is accessible by paved road, and contains a variety of lodging options, making it a popular destination for visitors to Madagascar. It's one of the six national parks that make up the UNESCO World Heritage Site Rainforests of the Atsinanana. 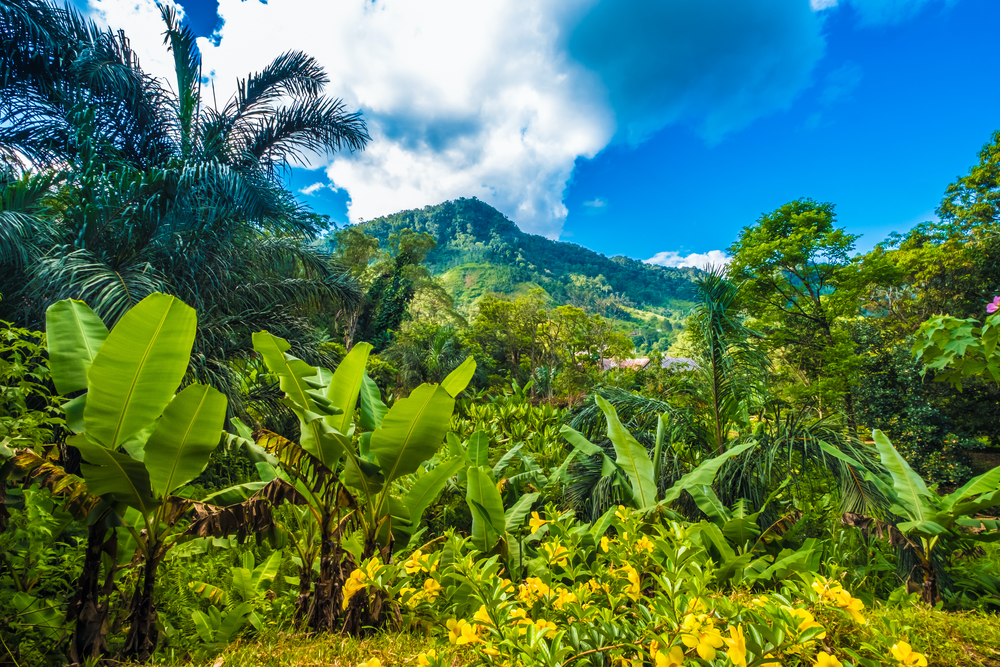 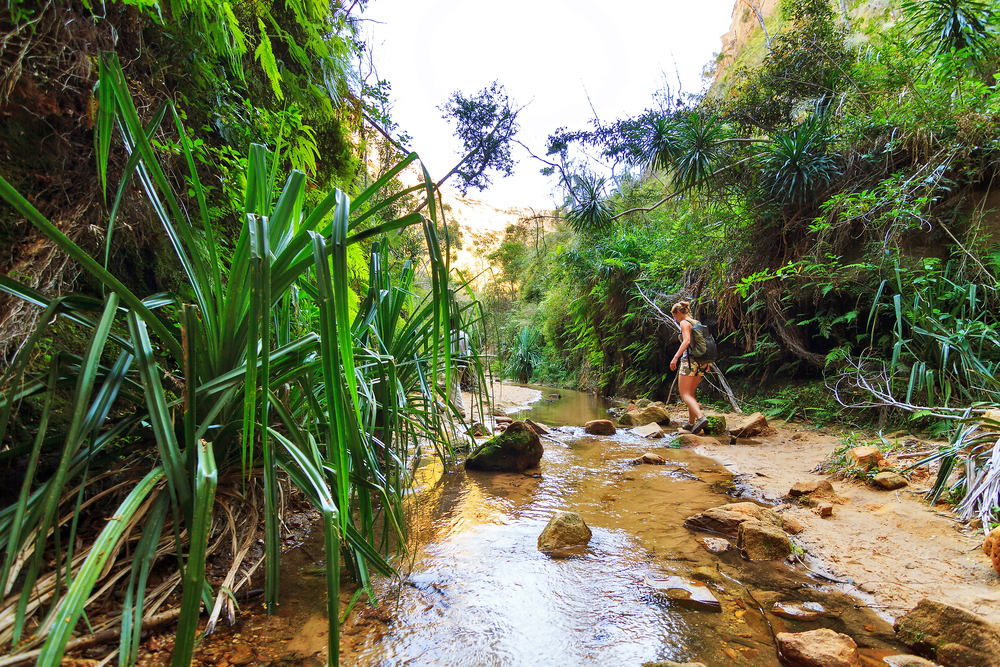 Isalo National Park is in the Ihorombe Region of Madagascar, in the southwestern corner of the Province of Fianarantsoa. The closest town is Ranohira, and the closest cities are Toliara and Ihosy. It is a sandstone landscape that has been dissected by wind and water erosion into rocky outcrops, plateaus, extensive plains and up to 200 m deep canyons. There are permanent rivers and streams as well as many seasonal watercourses. 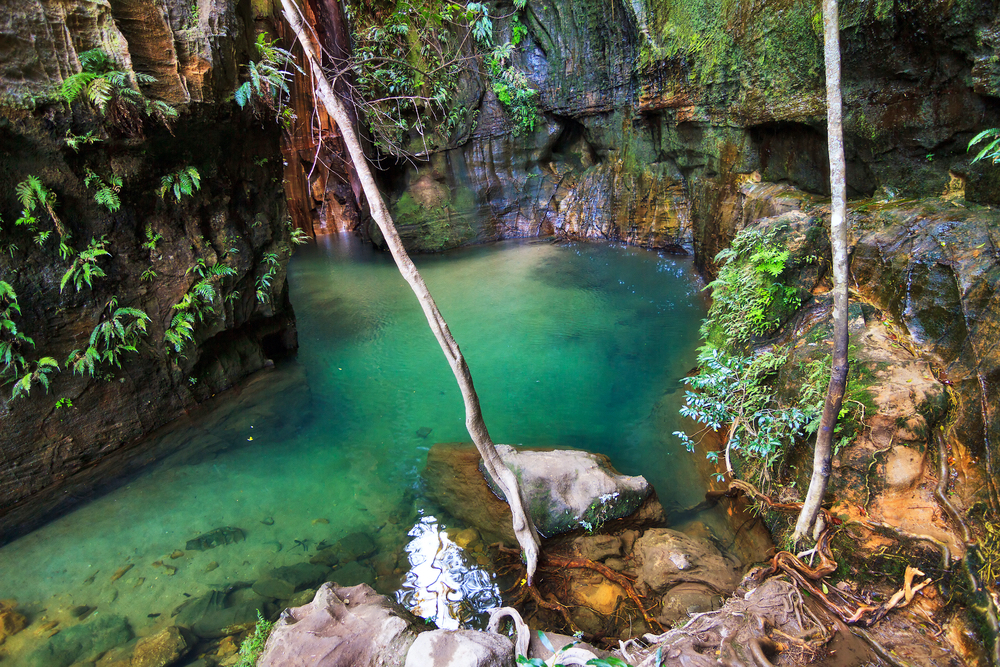 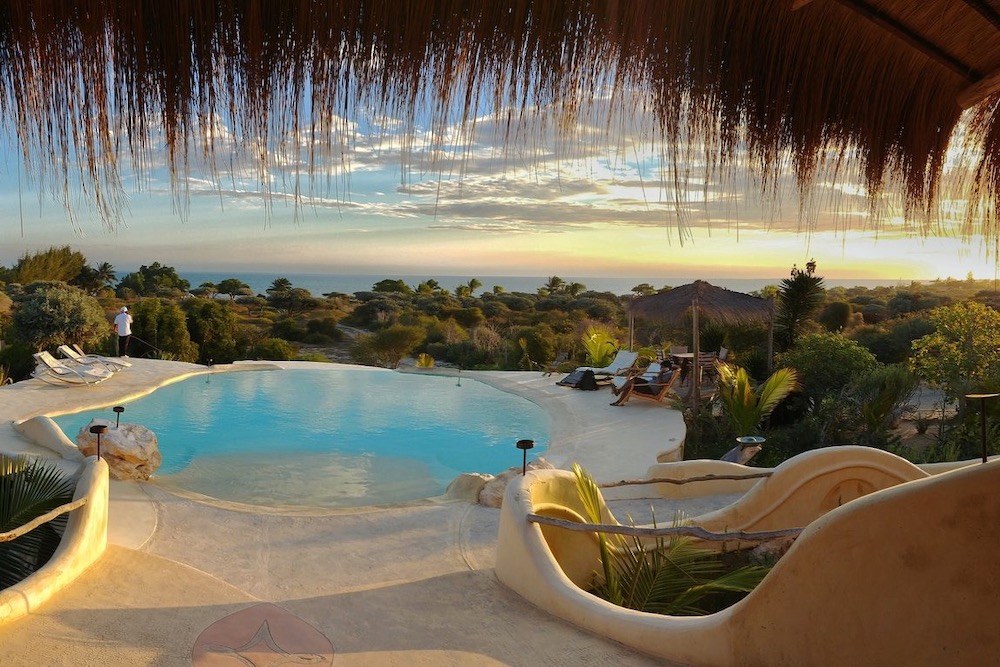 An amazing creative lodge , conceived and directed by Bruno Decorte a Belgian designer and decorator. Here you will find the influence of Gaudi in the curves architecture mixed with an ethnic touch, a legacy of many trips. Bakuba Lodge have 3 rooms and 3 suites with ethnic moods and excellent comfort and stunning views. 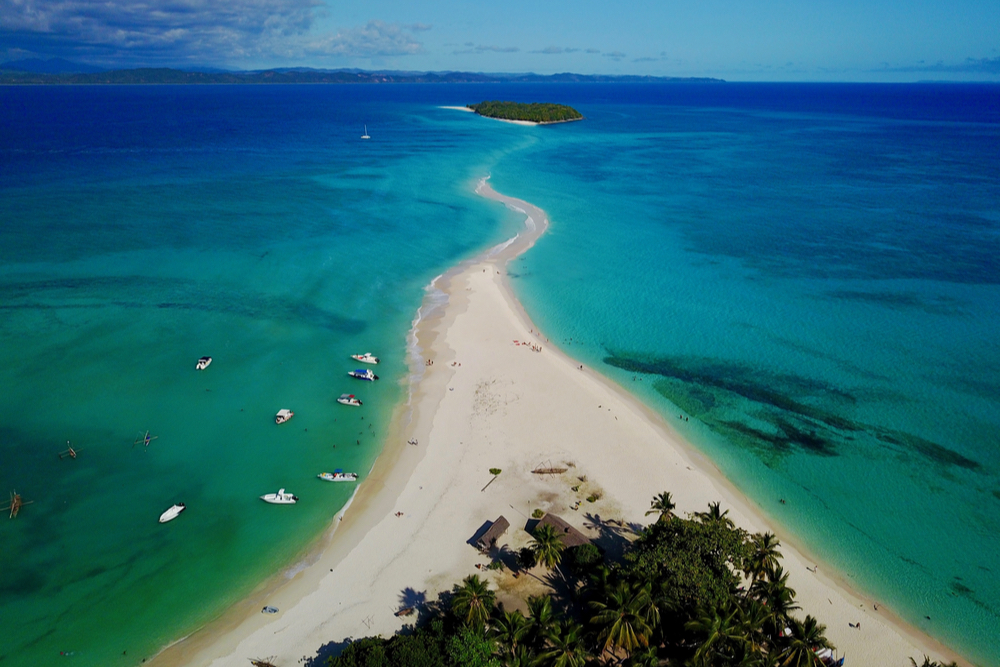 Nosy Be is an island off Madagascar’s northwestern coast and is Madagascar's largest and busiest tourist resort. In the southeast, the forests of Lokobe Reserve shelter chameleons, geckos and frogs. The capital, known as Hell-Ville, has French colonial buildings and a covered market. 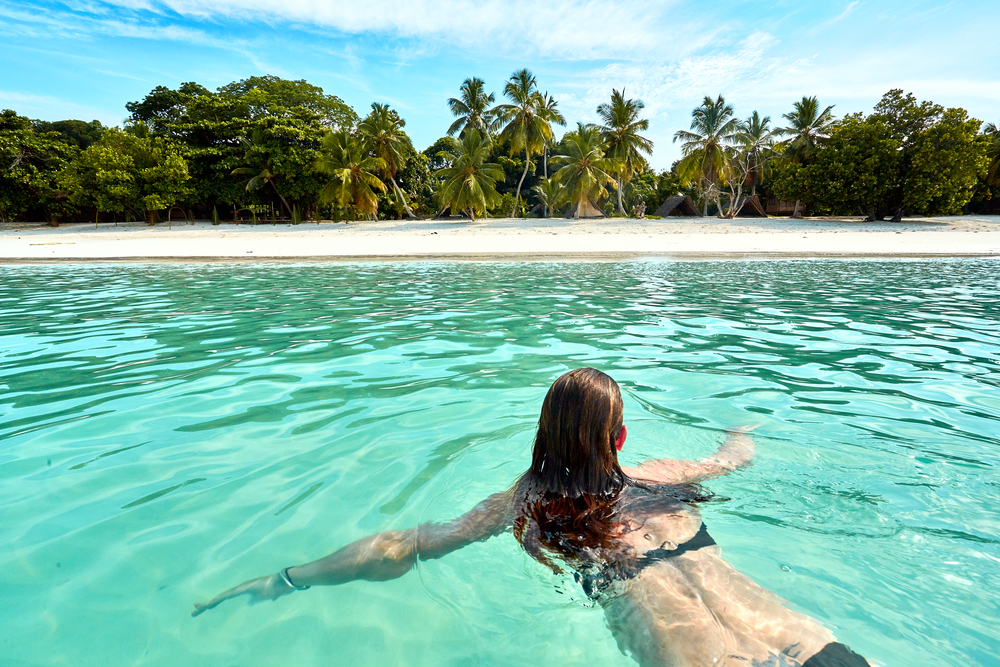 SLEEP AT MADAGASCAR RESORT NOSY BE 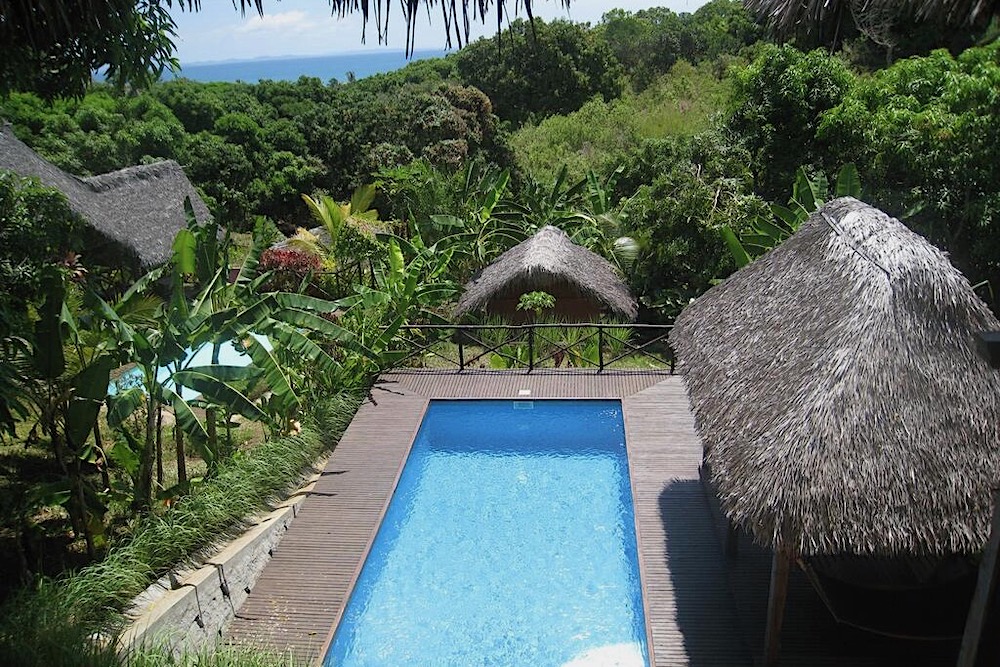 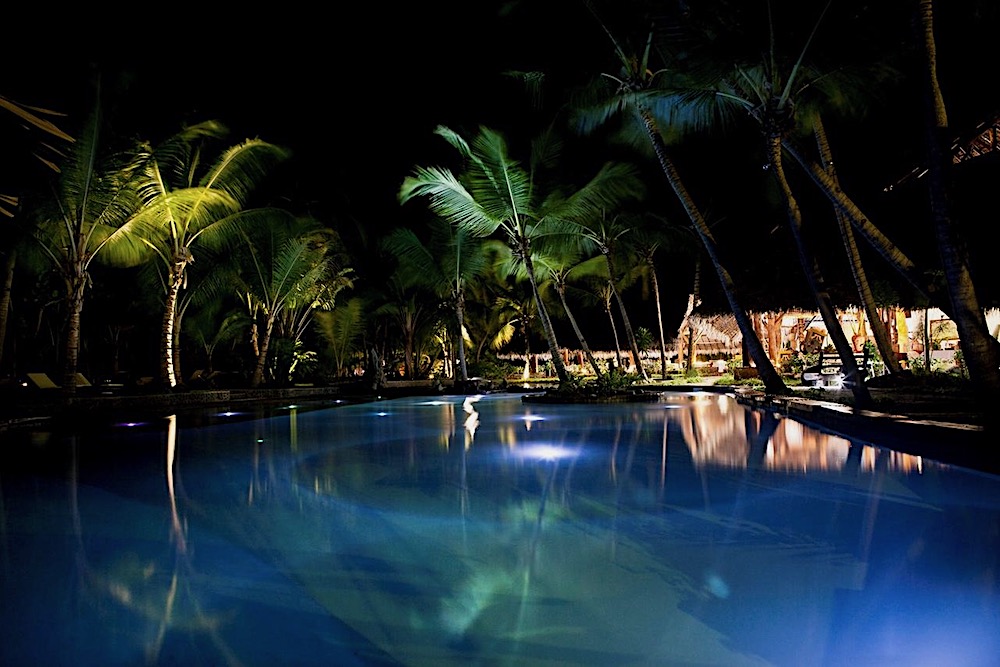 Ravintsara Wellness Hotel is a beautiful four-star resort located only 35 minutes from Nosy-Be airport facing Sakatia Island on the West Coast. This property combines nature and luxury incredibly well. You don’t have to compromise on all the luxury and comforts of an up-market hotel being in the middle of nowhere, where you can enjoy the surrounding wilderness to the fullest. The bungalows are individually designed and are set among a 5-hectare tropical garden – the ultimate island paradise. 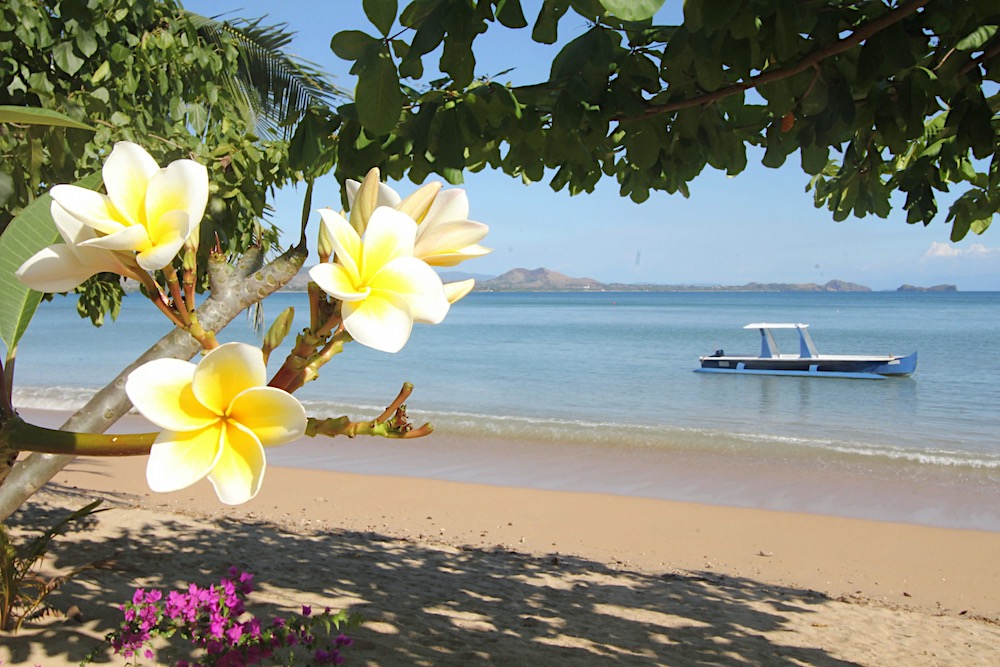 If you’re looking for somewhere unique, on an island so unspoiled it has no roads but with access to lots of activities, Sakatia Lodge is for you. As a family-run lodge, they greet you as guests but you’ll leave as friends. Come and explore what makes them special. Tucked away in beautiful gardens surrounded by Madagascar’s amazing wildlife, or situated right on the beach, you’ll find a great selection of accommodation here for solo travellers, couples, families and groups.

Antsiranana, also known as Diego Suarez, is a port city in northern Madagascar. It sits on Antsiranana Bay, a vast natural harbour made up of several smaller bays. Offshore, conical Nosy Lonja, or Sugar Loaf Island, is considered sacred by locals. Long, sandy Ramena Beach lies to the northeast. The city’s French colonial architecture is highlighted by the old covered market and the ruins of the Hôtel de la Marine. 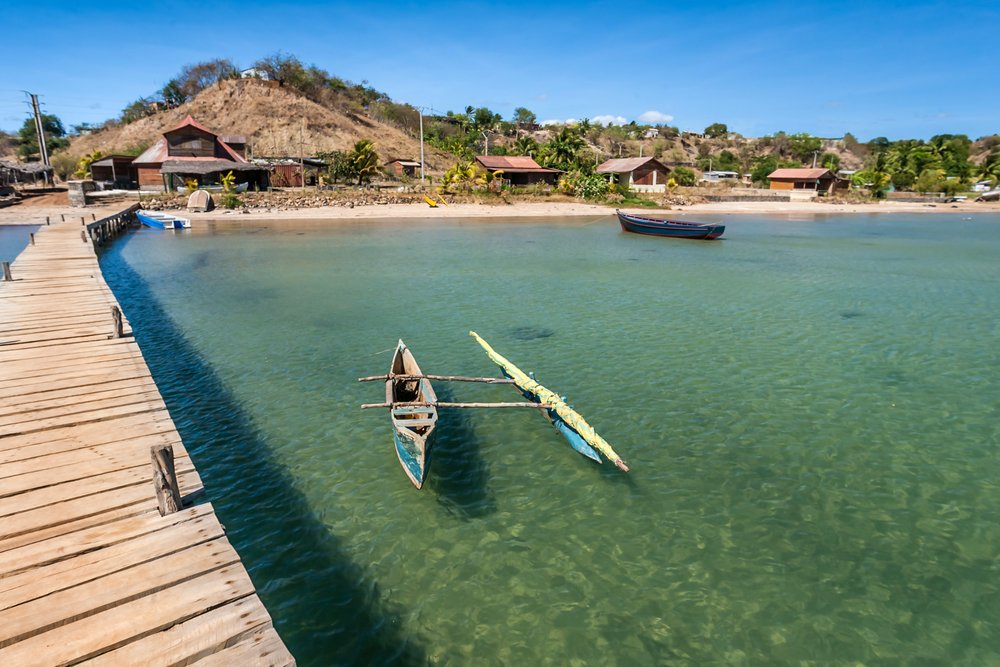 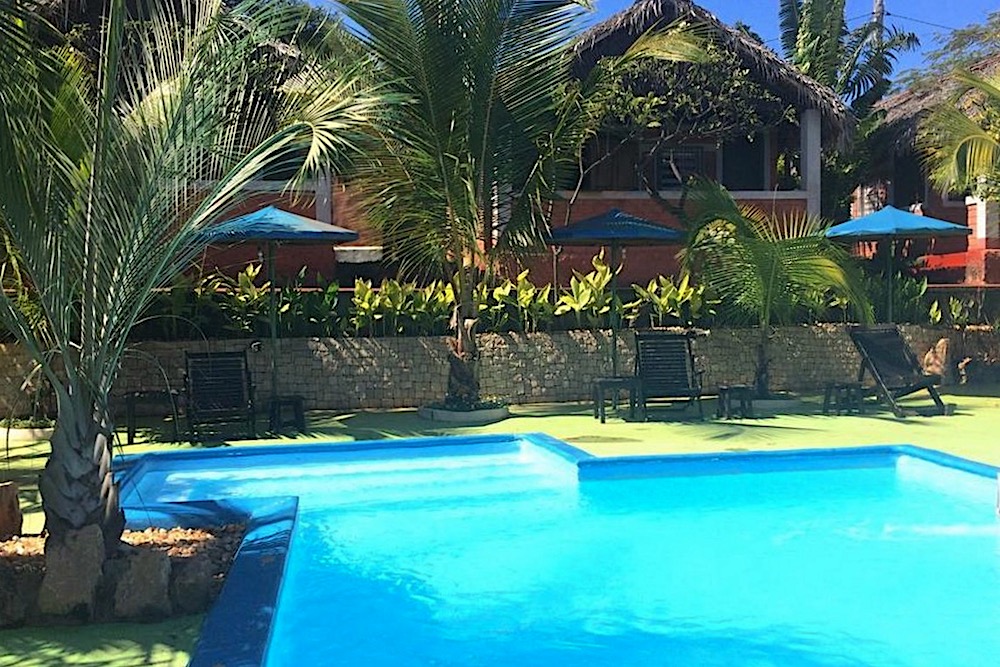 La Case en Falafy is located in Diego Suarez bay, second largest bay in the world, a green oasis in the center of the fishing village of Ramena, 70 meters from one of the most beautiful white sand beaches in the northern region of Madagascar. Their bungalows are decorated with local materials. Comfortable bedding, private bathroom, small private terrace, they are designed for your comfort. Overlooking the swimming pool or the garden, they blend in perfectly with the environment.

BEST TIME TO VISIT: The best time to go to Madagascar is between the months of April through to mid-December. The principal wet season is from late December through to the month of March; often involving cyclones.

LANGUAGE: The Malagasy language of Austronesian origin, is generally spoken throughout the island. The official languages of Madagascar are Malagasy and French. Madagascar is a Francophone country, and French is spoken among the educated population of this former French colony.

CURRENCY: The Malagasy Ariary is the official currency of Madagascar. The Ariary is one of only two circulating currencies in the world whose division units are not based on a power of ten.

VISA: All visitors to Madagascar are required to get a visa to enter the country. Besides getting visa from an embassy or consulate in advance, foreign visitors can also obtain visa online or on arrival. In addition, they must hold a passport valid for 6 months and return or onward ticket.

HOW TO GET AROUND: The best way to get around Madagascar is to hire a car with a driver or join an organised tour. Car rentals commonly come with a driver as part of their rates and give you the most flexibility with your itinerary.