Get out of your comfort zone and experience captivating China!

China truly has it all: ancient history, delicious food, stunning vistas and much more.

Start your adventure in the global financial hub, Shanghai, discover ancient Beijing,  Xi’ An and the Great Wall of China, explore the stunning natural beauty of Guilin & Xinping Village and end your journey of a lifetime in fascinating Hong Kong. 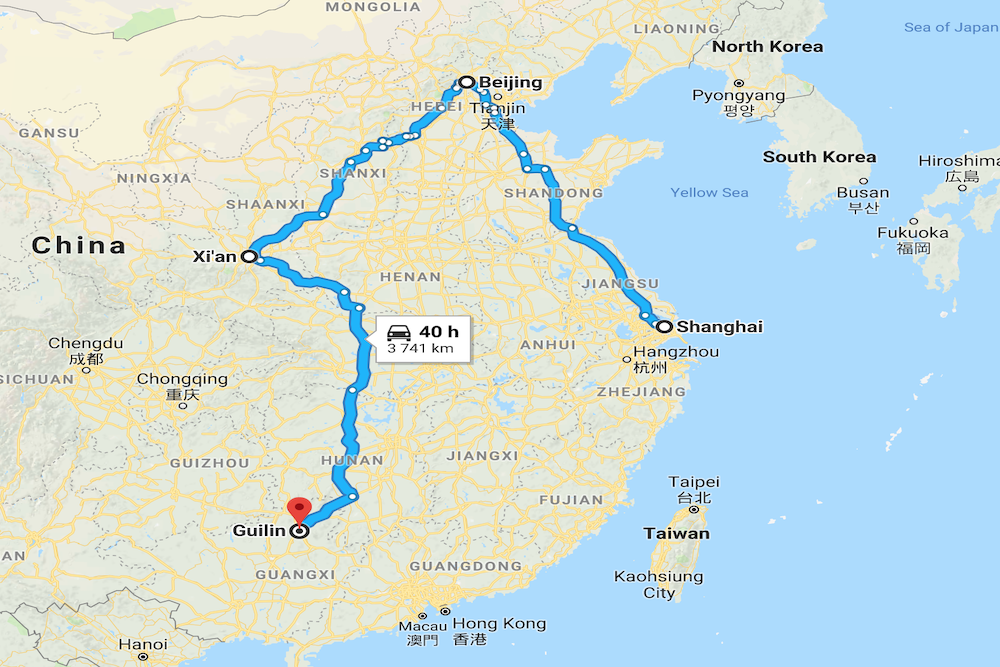 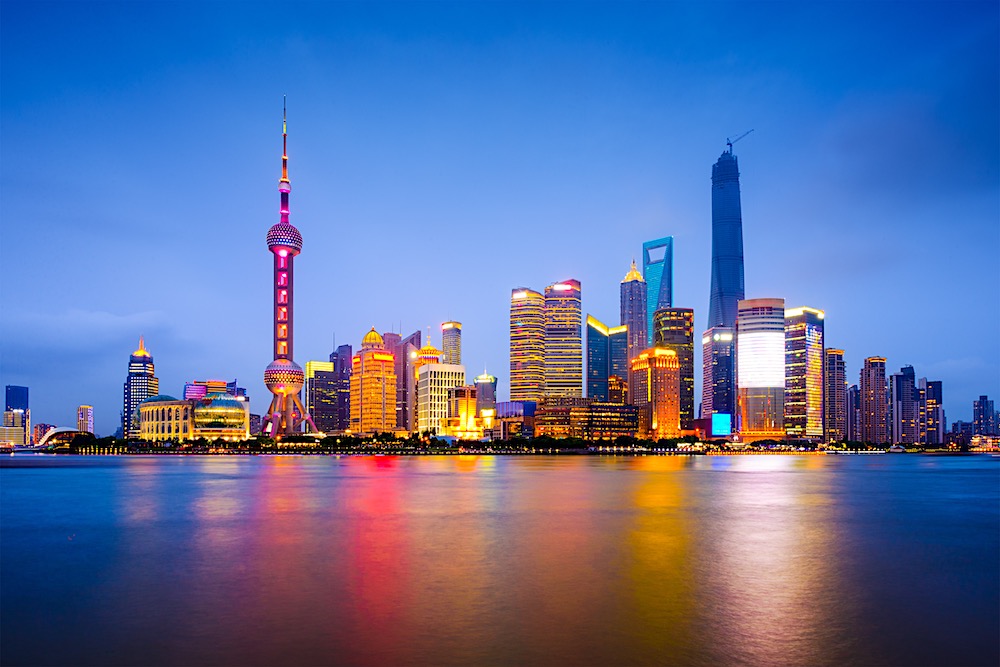 Shanghai, on China’s central coast, is the country's biggest city and a global financial hub. Its heart is the Bund, a famed waterfront promenade lined with colonial-era buildings. Across the Huangpu River rises the Pudong district’s futuristic skyline, including the 632m Shanghai Tower and the Oriental Pearl TV Tower, with distinctive pink spheres. Explore the main shopping street, Nanjing Road, the traditional pavilions, towers and ponds of Yu Garden and the bustling shopping district, City God Temple of Shanghai. 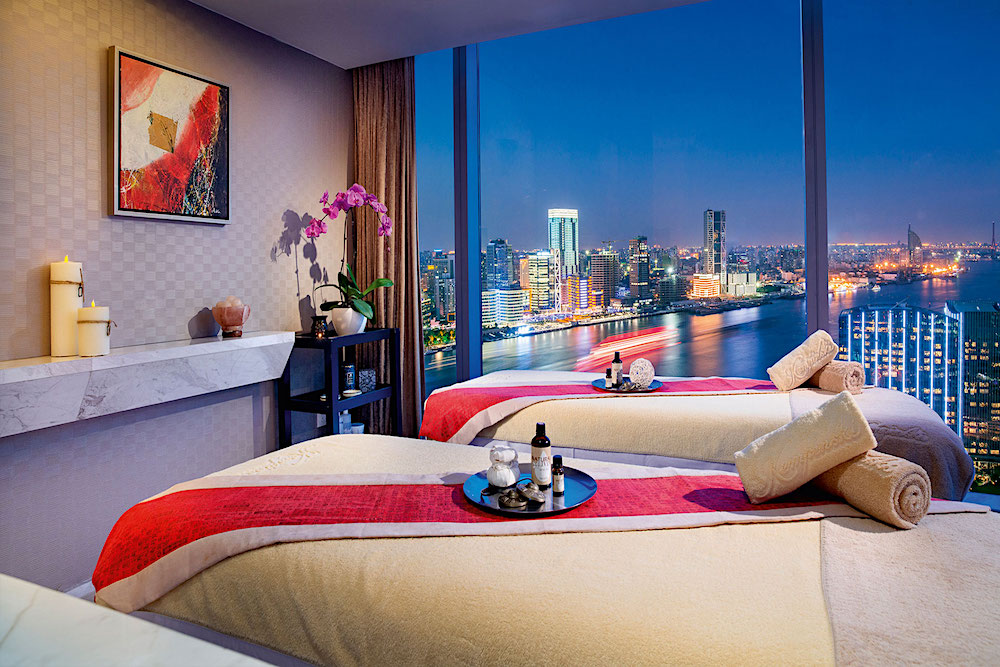 Grand Kempinski Hotel Shanghai, is situated in the heart of Shanghai’s financial district Lujiazui. It offers stunning views of the city’s glittering skyline and it is perfectly located for both leisure and business visitors. 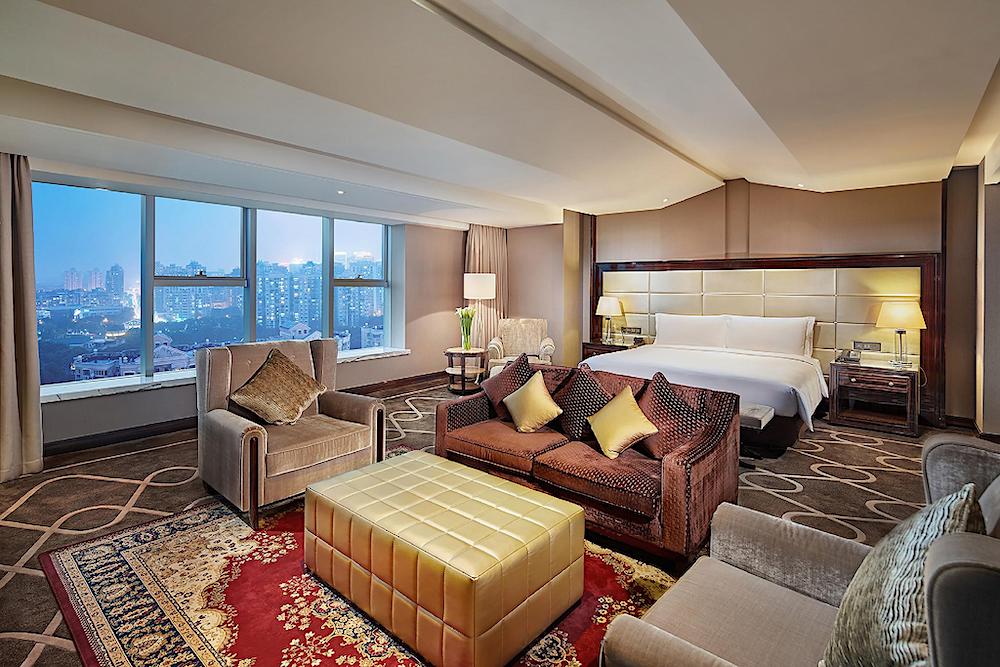 Situated in the heart of Hongqiao business district, the three-tower Hilton Shanghai Hongqiao is close to the metro lines and within walking distance of entertainment venues. 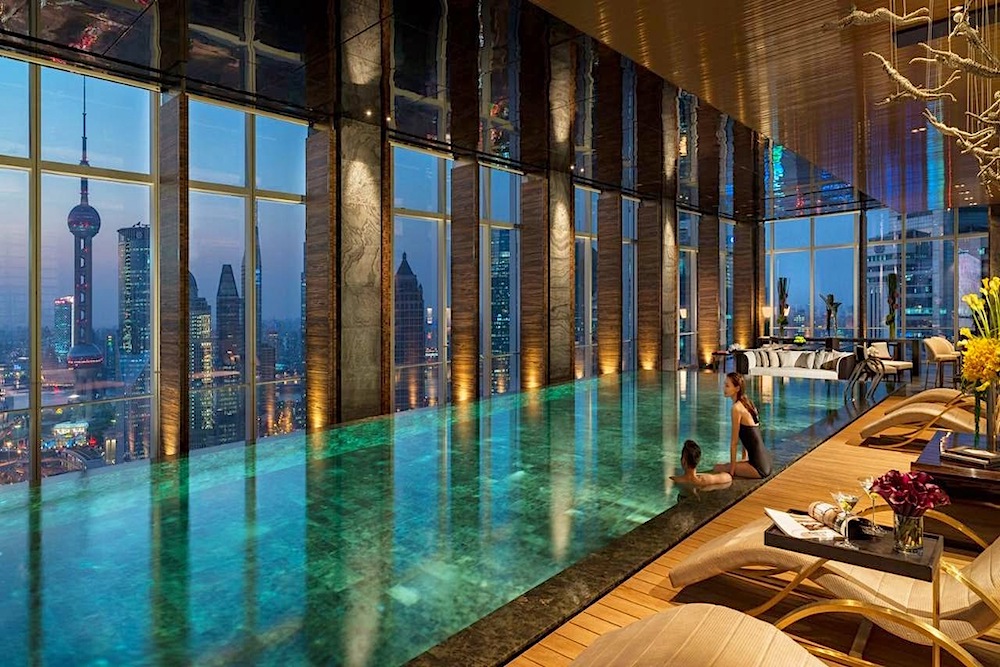 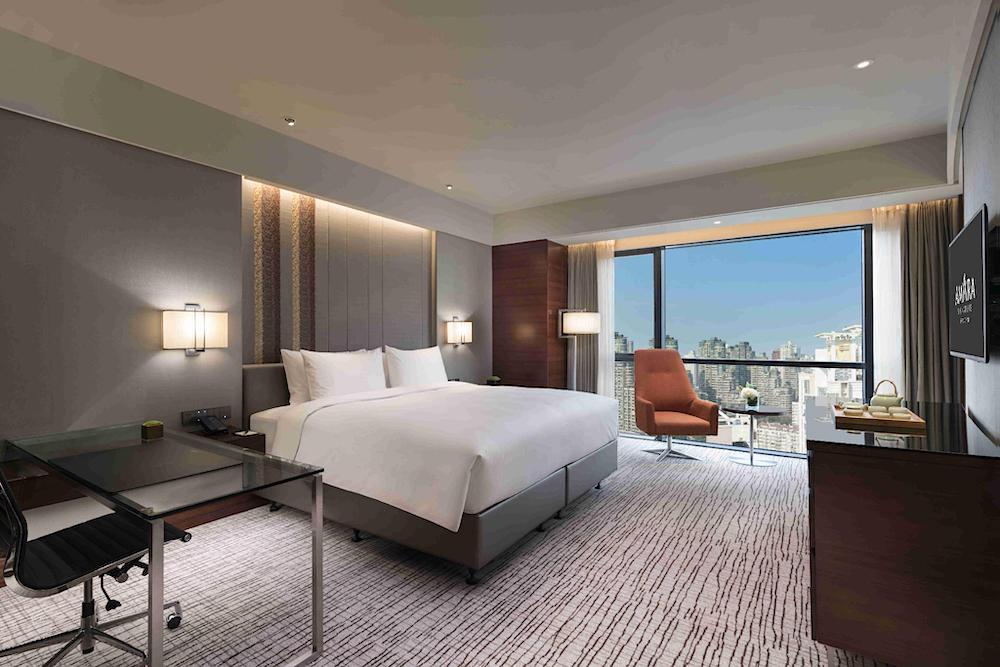 Located in Shanghai's Putuo District, bordering the main Jing'An business and shopping belt, Amara Signature Shanghai is a luxurious hotel with 343 rooms and suites that blends the city's rich heritage with modern amenities and impeccable service.

EAT AT ULTRAVIOLET BY PAUL PAIRET 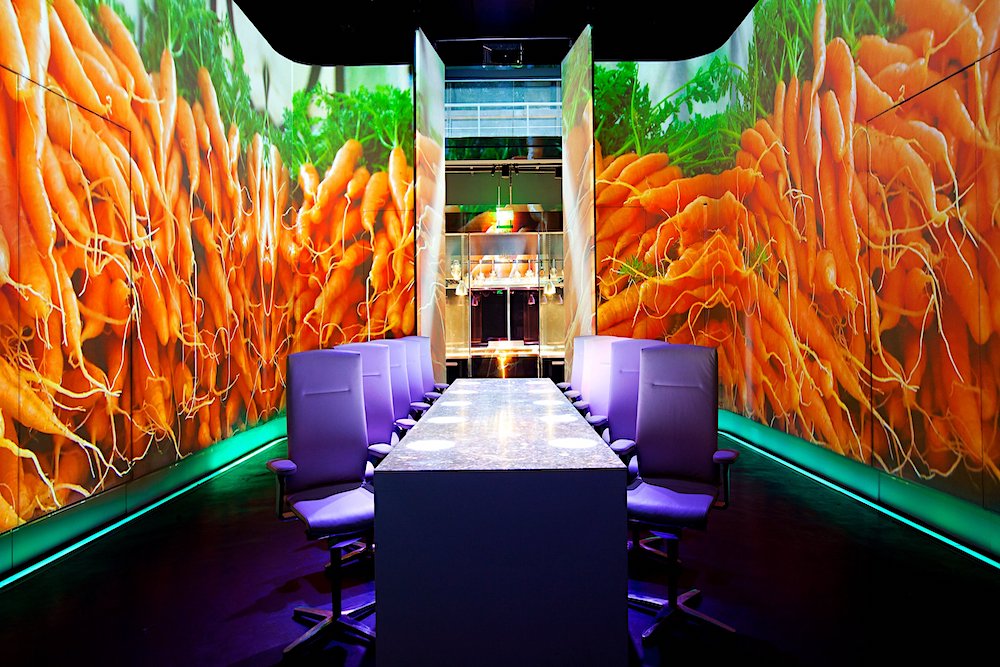 Conceived by Paul Pairet since 1996 and opened in 2012, Ultraviolet is the first restaurant of its kind uniting food with multi-sensorial technology in order to create a fully immersive dining experience. 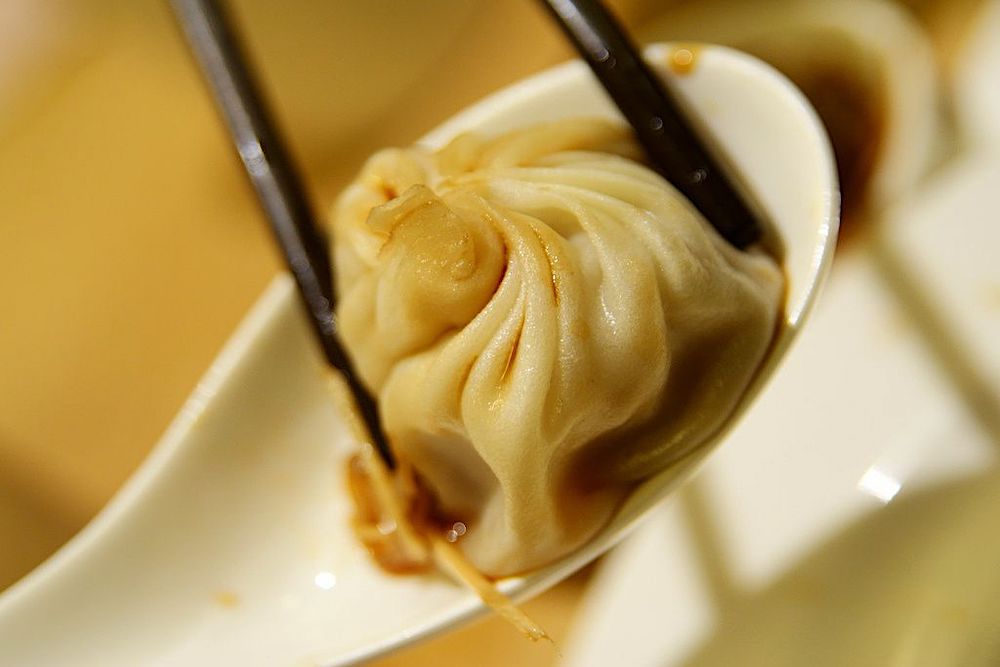 They have been scouting Shanghai’s hidden food scene for decades and leading guests to the city’s hidden culinary gems since 2010. They take pride in their vendor relationships, food and city history knowledge – their guides go through a rigorous training process and are active in the industry – from food writers to industry professionals, their bilingual foodie guides get rave reviews. Come taste the city’s tastiest (and safe) authentic noodles, dumplings and more! 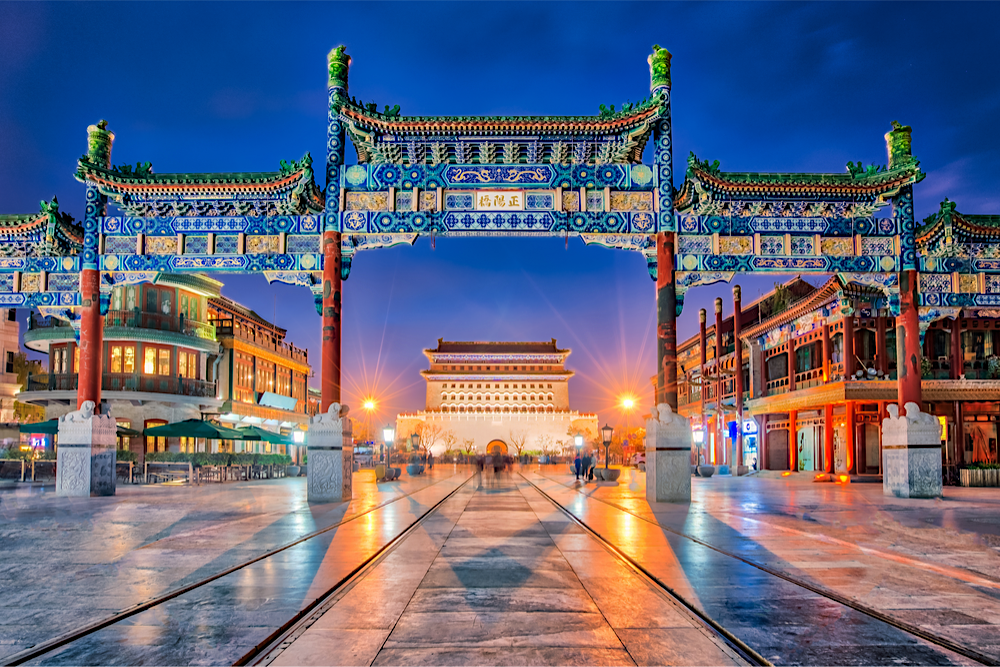 Beijing, China’s sprawling capital, has a history stretching back three millennia. Yet it’s known as much for modern architecture as its ancient sites such as the grand Forbidden City complex, the imperial palace during the Ming and Qing dynasties. Nearby, the massive Tiananmen Square pedestrian plaza is the site of Mao Zedong’s mausoleum and the National Museum of China, displaying a vast collection of cultural relics. Do not miss the Temple of Heaven & Summer Palace and go shopping and eating in Wangfujing. 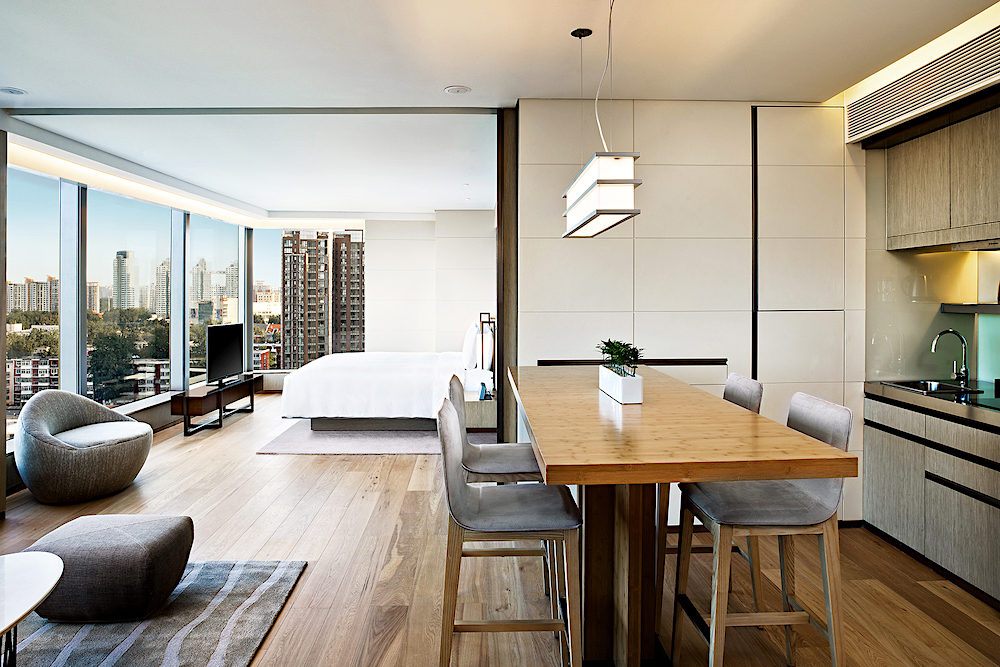 EAST, Beijing is a business hotel with a life. Located in Indigo in the Jiangtai area and very close to Wangjing Business Park; Beijing Capital International Airport and the Central Business District are just 15 minutes away. 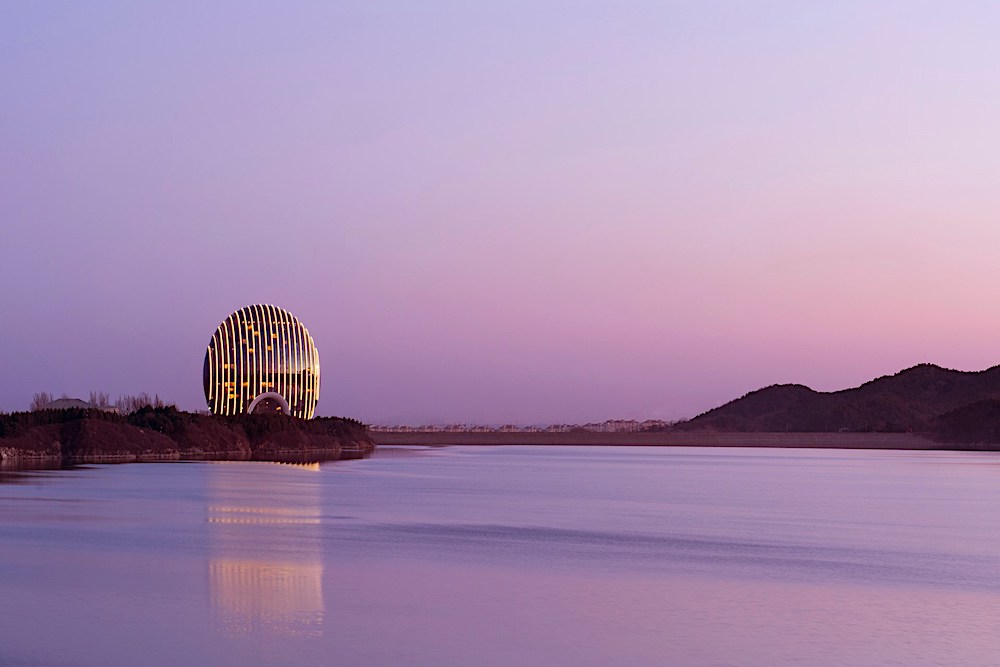 EAT AND PLAY AT XIAN & THE CRAFT CONTAINER 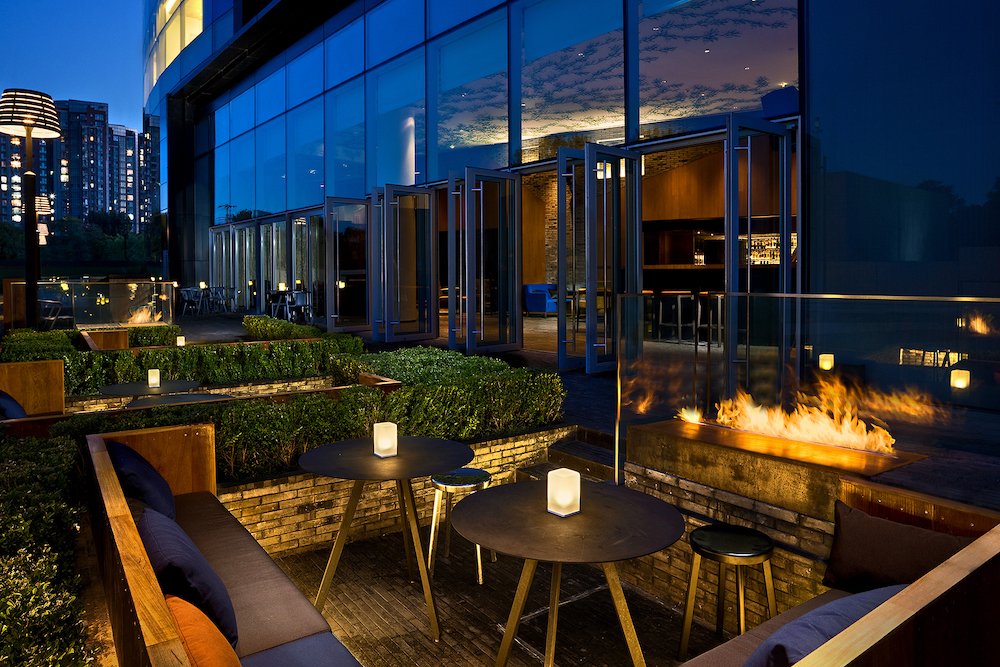 Xian is a bold bar, lounge and music venue located on the ground floor. Inspired by the industrial architecture of Beijing’s 798 Art District, Xian offers a dynamic space with live music, a laid-back lounge and a welcoming whiskey bar with must-try selections from around the world. The Craft Container, an all-new outside craft beer bar by Xian at EAST, Beijing, launched in 2017, combines the best of Beijing’s craft beer scene with Xian’s contemporary style. Made from a re-purposed shipping container, the bar’s design is inspired by Xian’s modern industrial look. 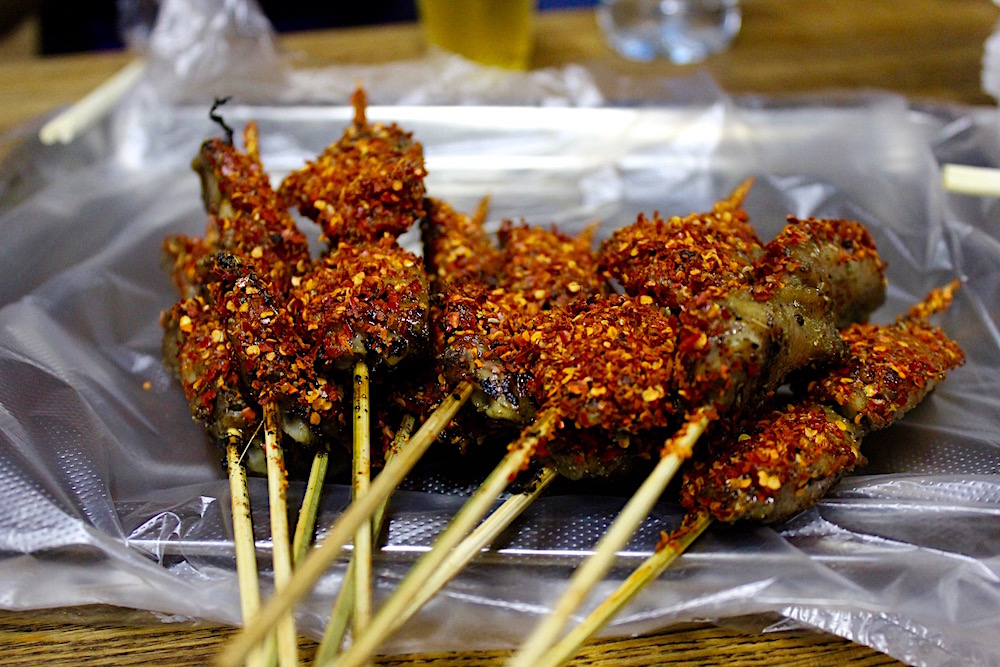 There’s no better way to explore the city than through its rich culinary heritage. It’s not just the temples and city walls that have thousands of years of history! Explore Beijing’s hutong alleyways and neighbourhoods where few tourists venture for an authentic culinary experience, every time. You won’t visit the night markets found in every guidebook. Come taste the city’s tastiest (and safe) authentic foods with a professional insider! 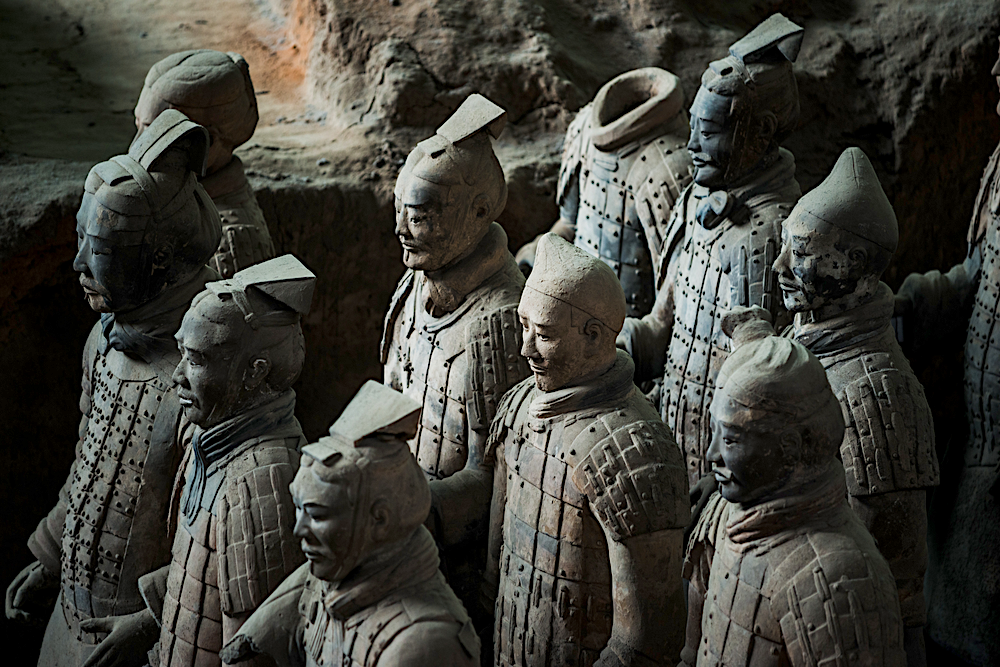 Xi’an is a large city and capital of Shaanxi Province in central China. Once known as Chang’an (Eternal Peace), it marks the Silk Road’s eastern end and was home to the Zhou, Qin, Han and Tang dynasties' ruling houses. At archaeological sites in Xi’an’s surrounding plains are the famed Bingmayong (Terra Cotta Army), thousands of life-size, hand-molded figures buried with China’s first emperor, Qin Shi Huang. Browse for unique souvenirs, walk/bike the city walls and feast on the delicious food. 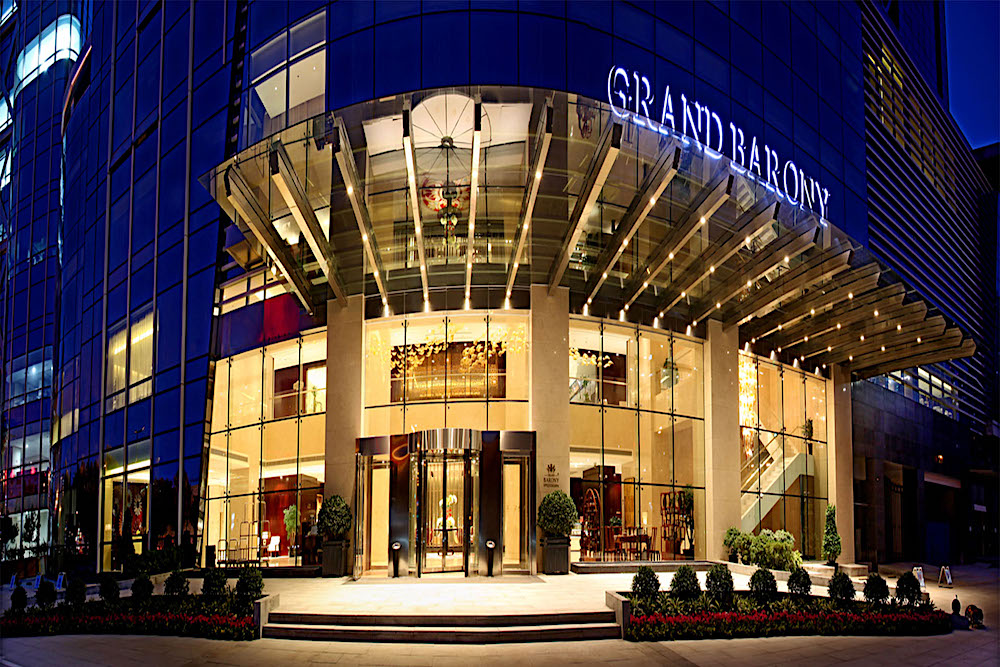 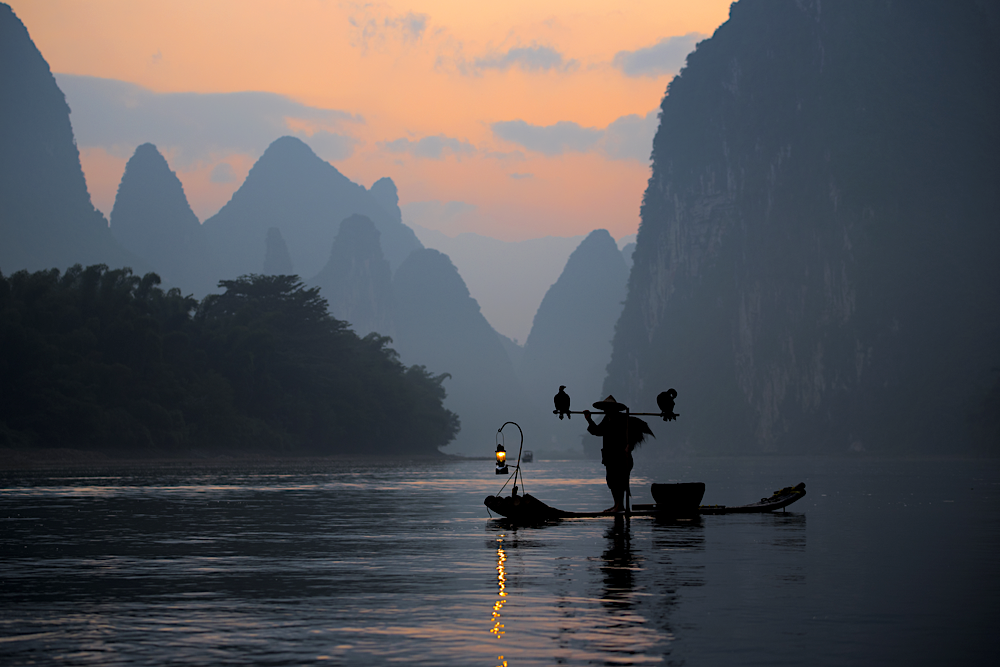 Guilin is a city in southern China known for its dramatic landscape of limestone karst hills. At its center are 2 lakes, Shanhu (Cedar) and Ronghu (Banyan), remaining from a medieval-era moat that once surrounded the city. Boats travel through these and other lakes via connected rivers. On Shanhu Lake’s shore, twin pagodas, the Sun and Moon, light up the sky at night. Visit Moon Hill, Elephant Trunk Hill, the Reed Flute Cave & Jingiang Princes’ Palace and do not miss  Xinping Village 63 km from Guilin (photo above). 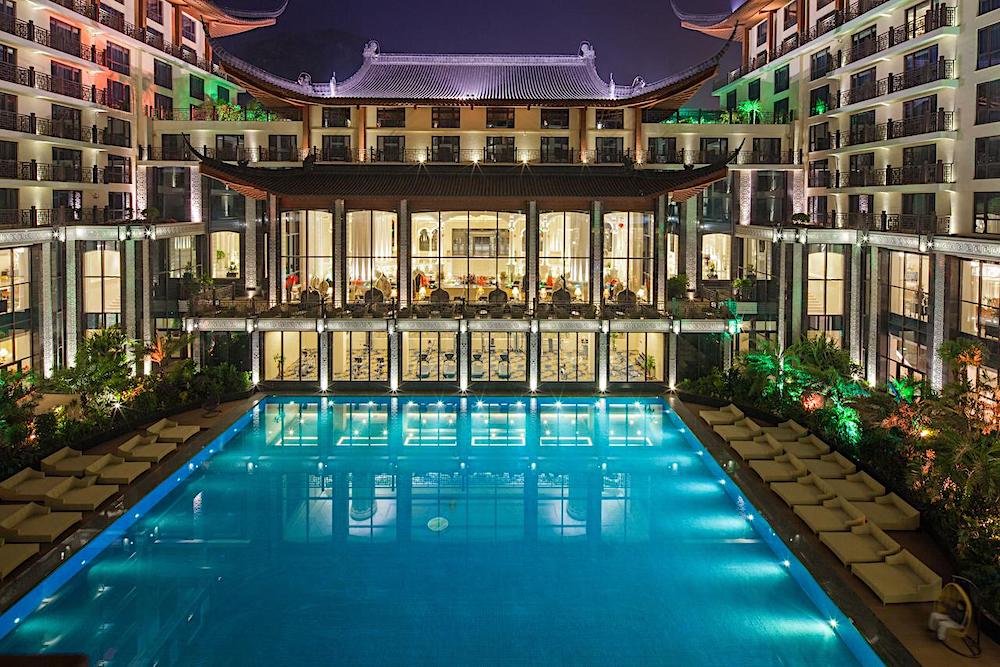 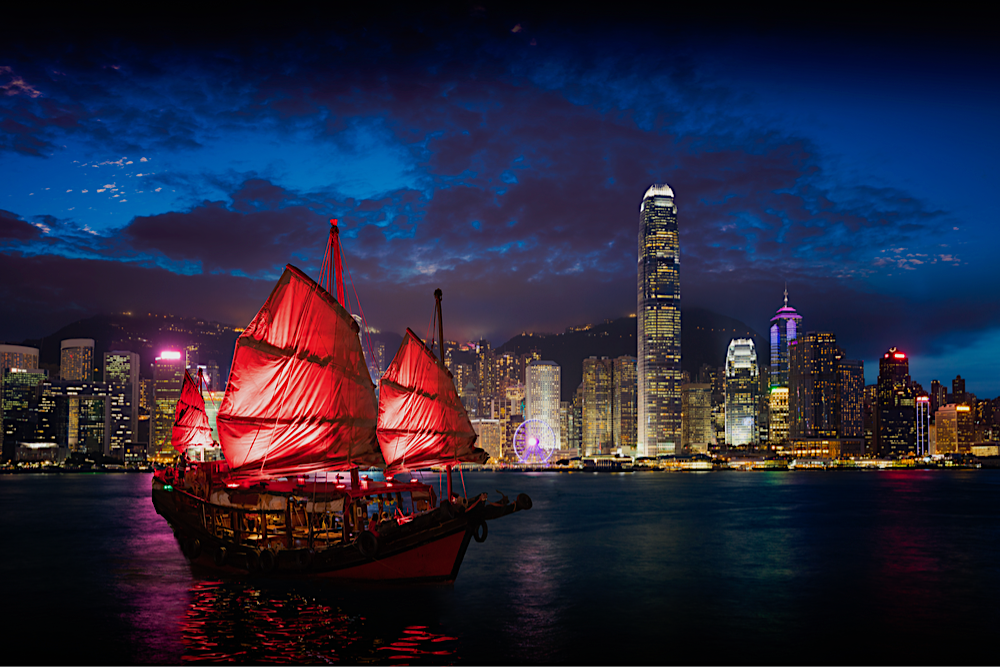 Hong Kong is an autonomous territory, and former British colony, in southeastern China. Its vibrant, densely populated urban centre is a major port and global financial hub with a skyscraper-studded skyline. Central (the business district) features architectural landmarks like I.M. Pei’s Bank of China Tower. Hong Kong is also a major shopping destination, famed for bespoke tailors and Temple Street Night Market. Take a tram up The Peak, the island’s highest point, for an iconic view of the city, view the skyline from a Star Ferry between Kowloon and Hong Kong Island, browse for hidden gems at the Temple Street Night Market, party the night away in LKF (Lan Kwai Fong) and feast on delicious Michelin-starred dim sum at Tim Ho Wan.

Shenzhen, in southeastern China, is a modern metropolis that links Hong Kong to China’s mainland. It's known for its shopping destinations, including Luohu Commercial City, a massive mall with a vast array of wares, from tailors’ custom clothing to faux designer bags.

SLEEP AT THE LUXE MANOR 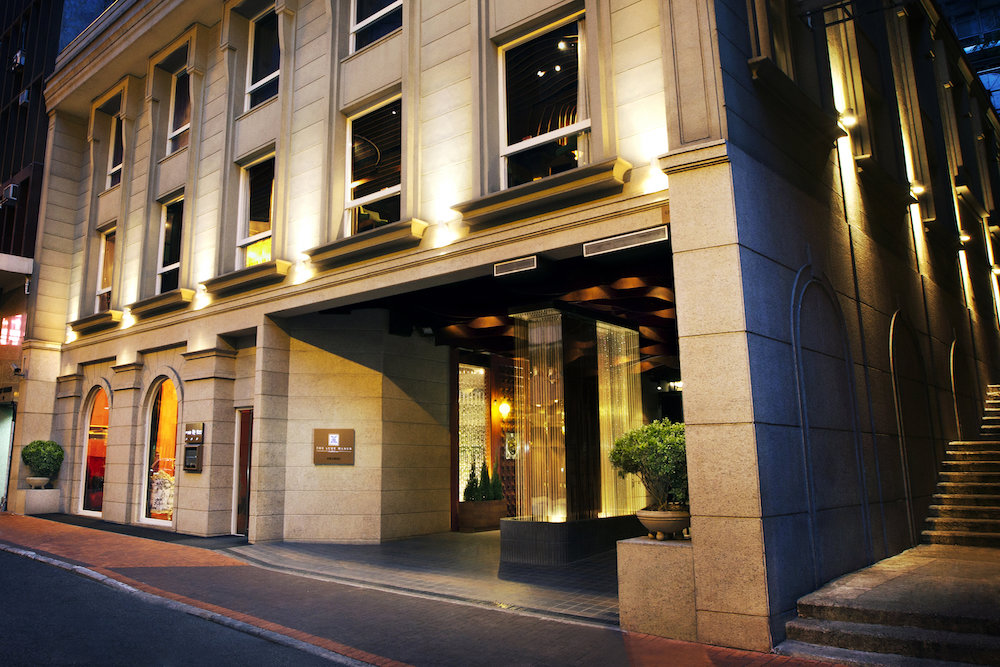 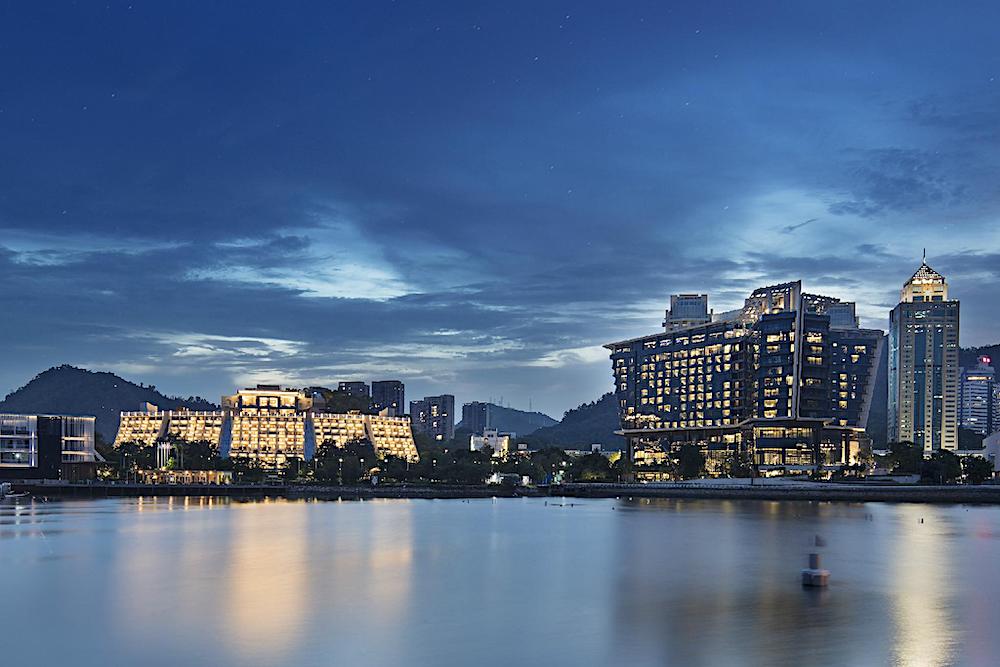 Hilton Shenzhen Shekou Nanhai is set in an established, expatriate-friendly international community near many Fortune 500 companies, shopping and leisure options. SeaWorld Plaza is just 10 minutes from the hotel, and Shekou Prince Bay Cruise Center is 10 minutes away by shuttle bus and connects guests to Hong Kong International Airport. 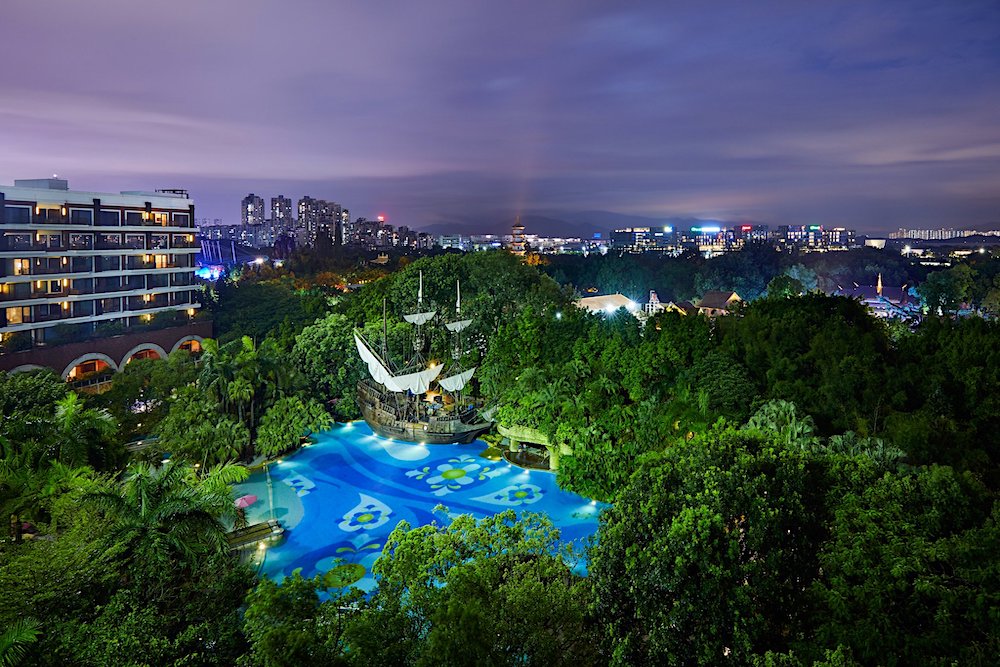 Experience a fusion of cultures at this chic hotel in Shenzhen, China. With its Spanish theme, including the landmark Galleon restaurant, guests can also enjoy Chinese, Thai, Brazilian, French and Western fare, or venture out to savor the authentic taste of Shenzhen in nearby Overseas Chinese Town. With its own beach and water park, the hotel offers a choice of leisure options: relax by the indoor and outdoor pools, or work out at the state-of-the-art gym. 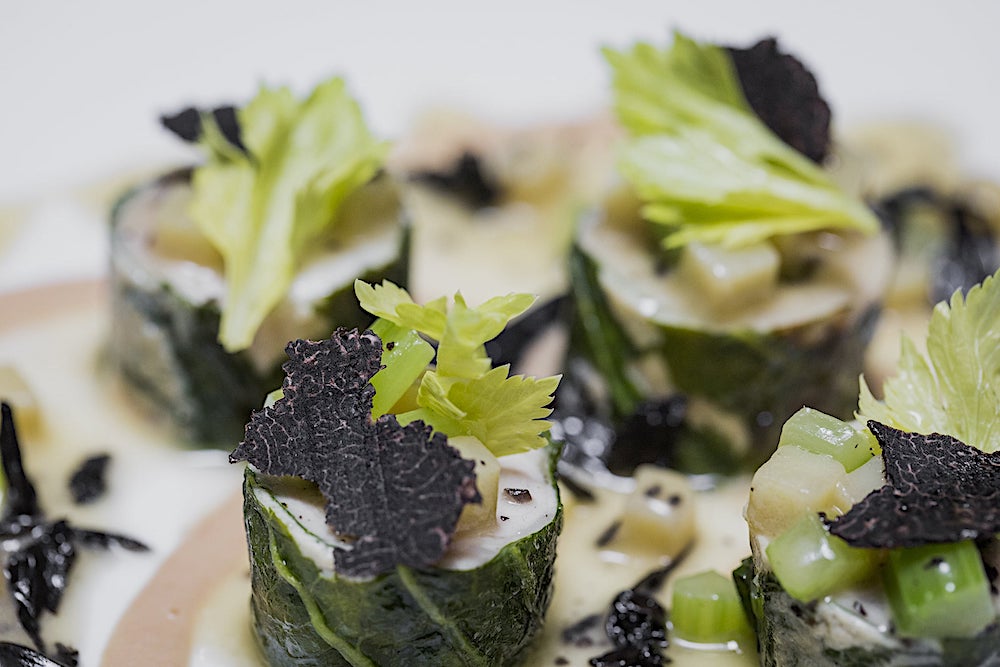 As the name implies, Arcane is private and discreet, away from the hustle of the city or crowded restaurants, yet ideally located in the center of the prime business district. Multi-award winning chef, Shane Osborn, the first Australian Chef to achieve one and two Michelin stars at Pied-a-Terre in London, opened his new solo venture, Arcane in Central Hong Kong November 2014.

EAT AND PLAY AT HUMID WITH A CHANCE OF FISHBALL TOURS 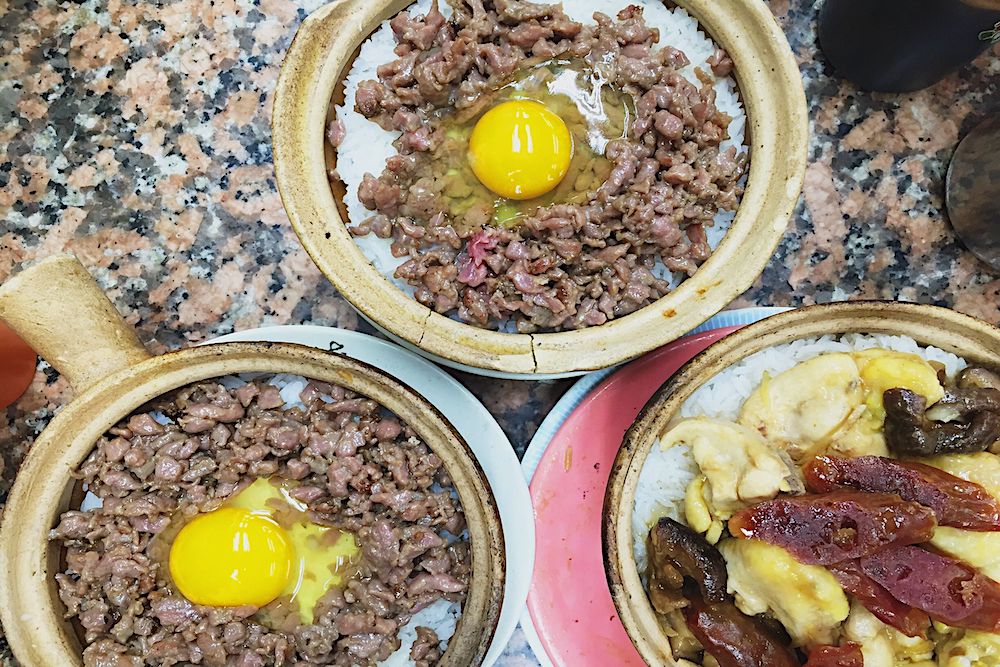 If you like their name, you'll like them and their tours. Humid with a Chance of Fishballs Tours specialize in off-the-eaten path food tours in Hong Kong. Humid with a Chance of Fishballs Tours walking food tours require guests to walk around 1-3km in distance & include 5-6 food tasting stops, all the whilst immersing and discovering the local neighbourhood. Guided experiences are meals that are experienced with running commentary by their guide so you know what you’re eating, how you should be eating it and why you’re eating it. 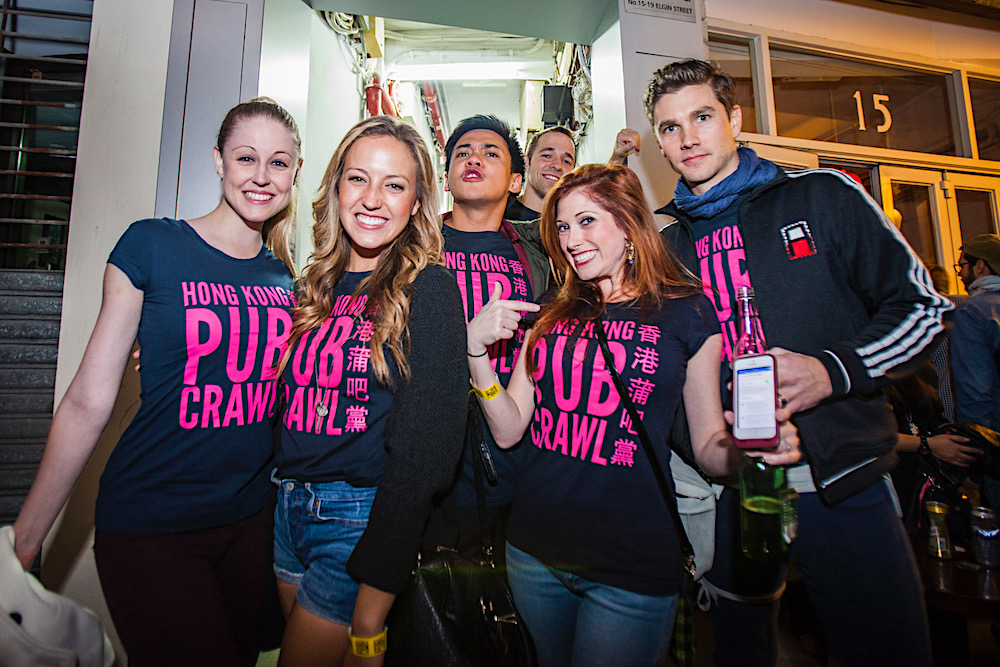 Hong Kong Pub Crawl has been redefining Hong Kong's nightlife since 2010. Their crawls are famous for off-the-beaten track venues, excellent drink deals, and the best way to meet nightlife enthusiasts from Hong Kong and around the world. 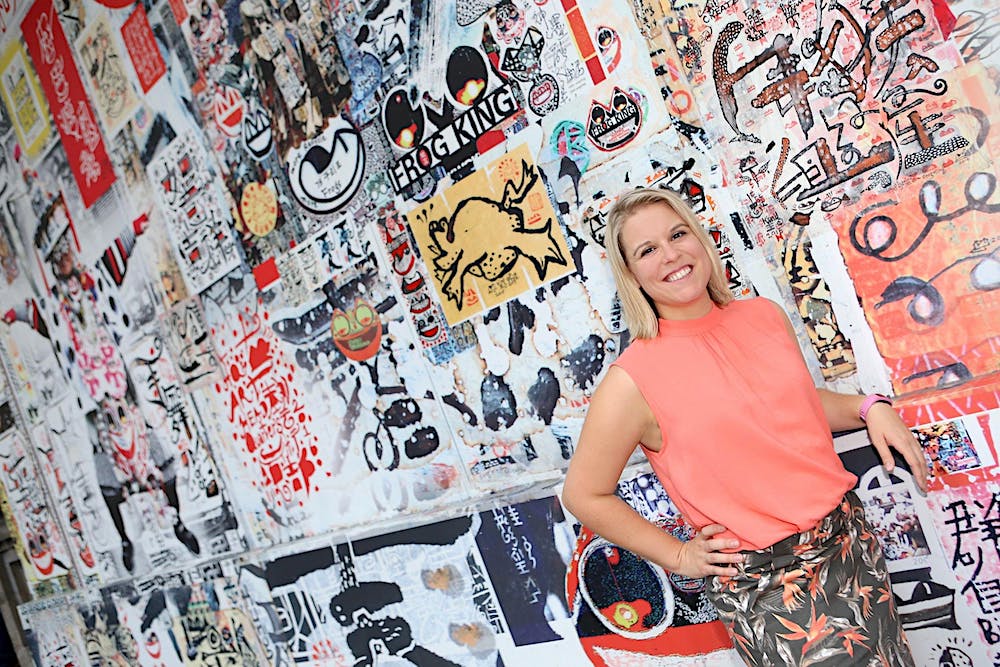 Hong Kong Greeters specialise in providing you with your own personalised private tour guide for your perfect Hong Kong experience. If you book with them, you will be touring with one of them as your own private tour guide – your guide will begin the dialogue with you so they can get to know you before you arrive to best design the tour around your interests.

Click on the links above for more details and to book directly from the featured twisht experiences at the lowest prices. Visit EXPLORE for 650+ experiences in 100+ countries or find your next awesome experience at BLOG