17 GORGEOUS DESTINATIONS FOR YOUR TRAVELWISHLIST 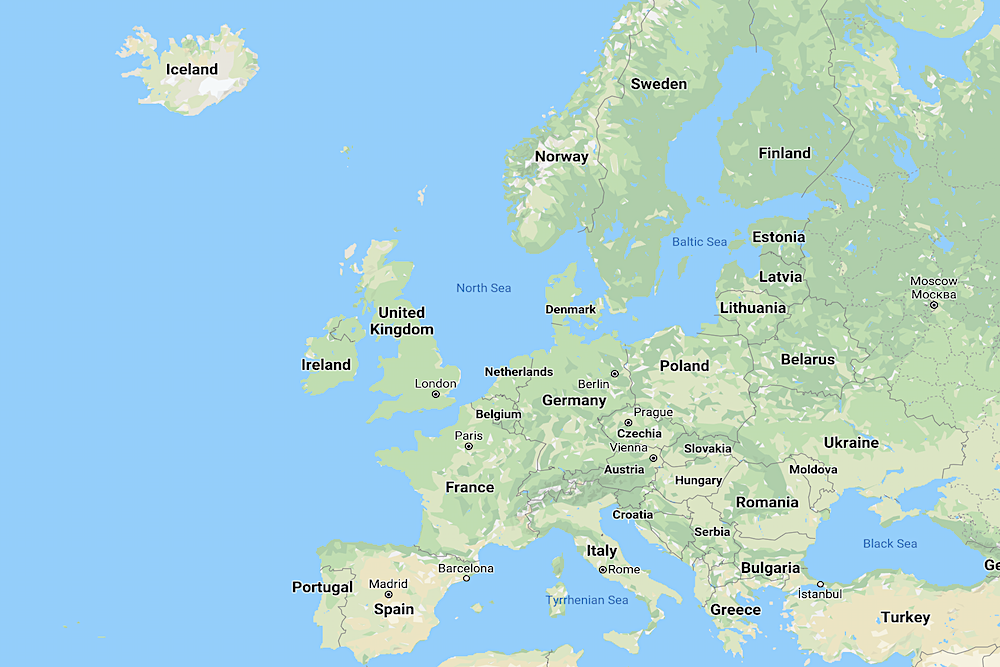 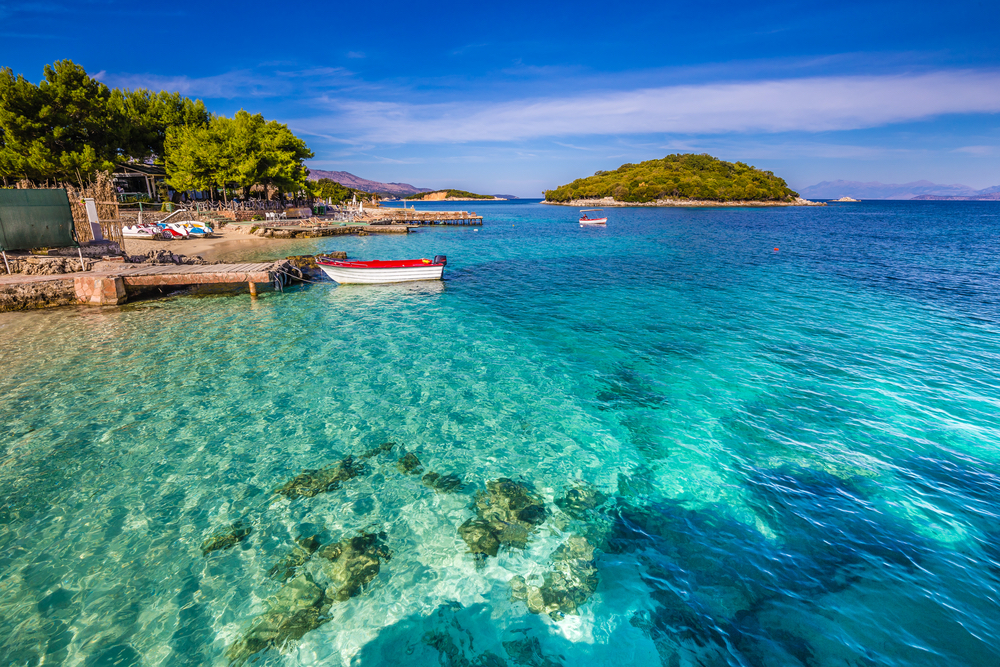 Albania, on Southeastern Europe’s Balkan Peninsula, is a small country with Adriatic and Ionian coastlines and an interior crossed by the Albanian Alps. The country has many castles and archaeological sites. Capital Tirana centers on sprawling Skanderbeg Square, site of the National History Museum.

The best time to visit Albania is between April - June, and September - October, when the weather is just right for a mountain or a beach holiday. July - August is the peak season for tourists, but the coastal summer heat will be scorching. 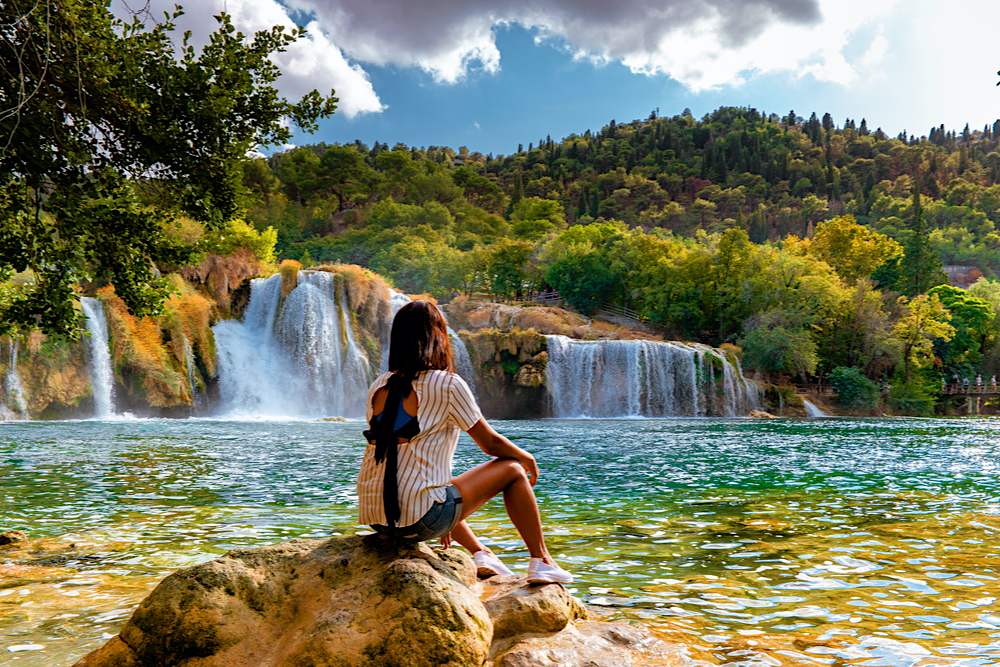 Croatia is in Eastern Europe with a long coastline on the Adriatic Sea. Encompassing more than a thousand islands, it's also crossed by the Dinaric Alps. Its inland capital, Zagreb, is distinguished by its medieval Gornji Grad (Upper Town) and diverse museums. The major coastal city Dubrovnik has massive 16th-century walls encircling an Old Town with Gothic and Renaissance buildings.

The best time to visit Croatia is in May and June or September and October when the weather is pleasant and sunny. This makes it ideal for swimming and sunbathing. It is also less crowded at these times than the summer months of July and August which are high season and can be very hot.

3. FRANCE (Satisfy your craving for classic French cuisine at 16 of the best brasseries in Paris) 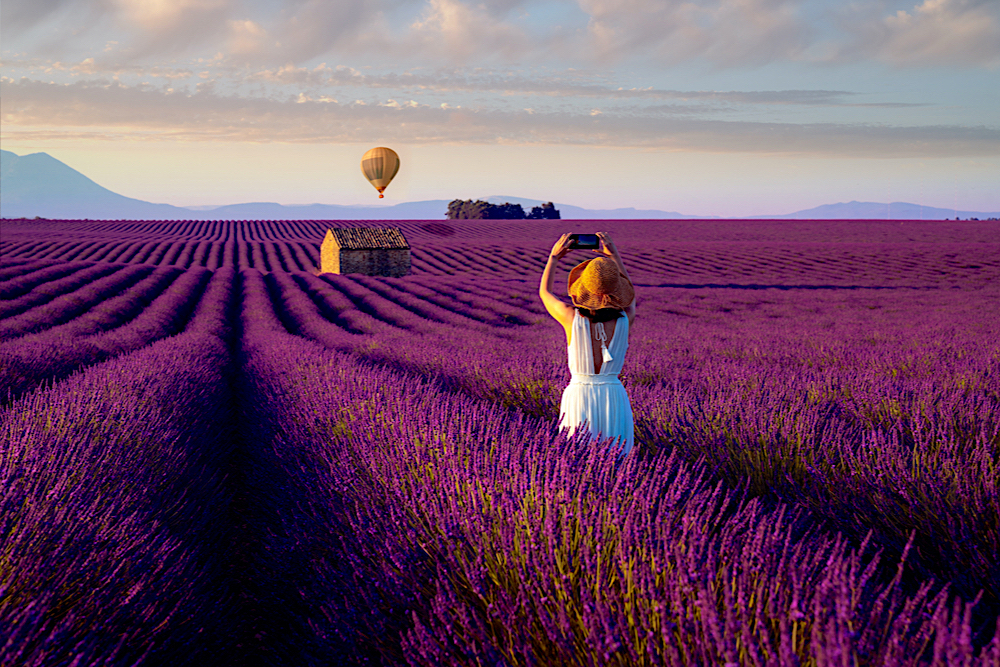 France encompasses medieval cities, alpine villages, Mediterranean beaches and much more. Paris, its capital, is famed for its fashion houses, classical art museums including the Louvre and monuments like the Eiffel Tower. The country is also renowned for its wines and sophisticated cuisine.

The best time to visit France is in the spring (April to June) or fall (September to November) when there are fewer tourists, lower prices, and moderate temperatures. The summer months can be hot, crowded, and expensive. 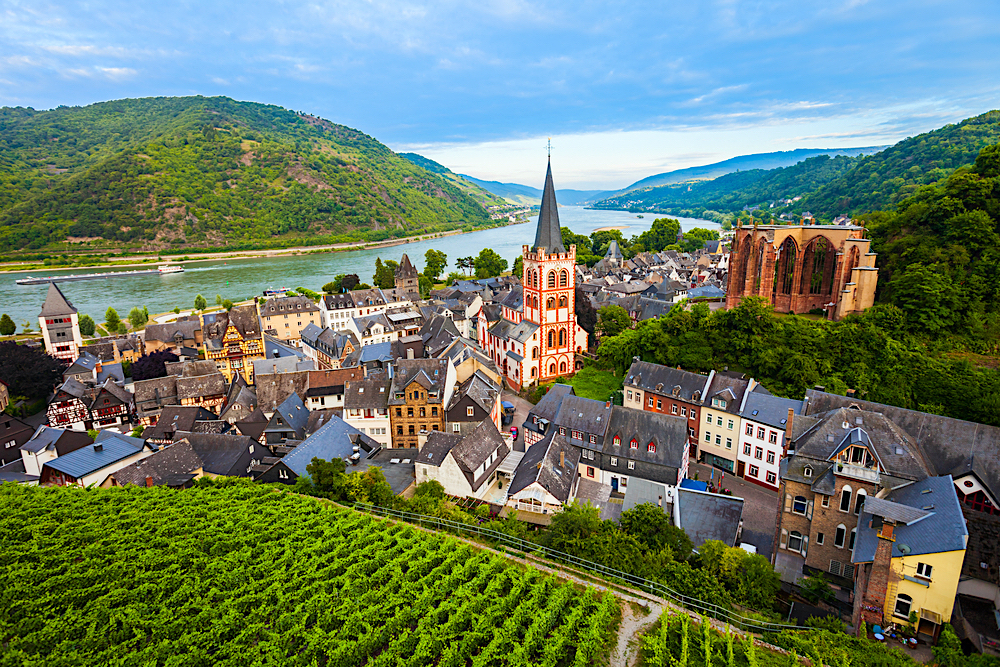 Germany is a Western European country with a landscape of forests, rivers, mountain ranges and North Sea beaches. It has over 2 millennia of history. Berlin, its capital, is home to art and nightlife scenes, the Brandenburg Gate and many sites relating to WWII. Munich is known for its Oktoberfest and beer halls, including the 16th-century Hofbräuhaus.

The best time to visit Germany is from May through September, when the weather is pleasantly warm, with temperatures typically in the low to mid-20s. Especially during the peak of summer, expect thick tourist crowds and accommodation and airfare rates to be at the highest prices of the year. 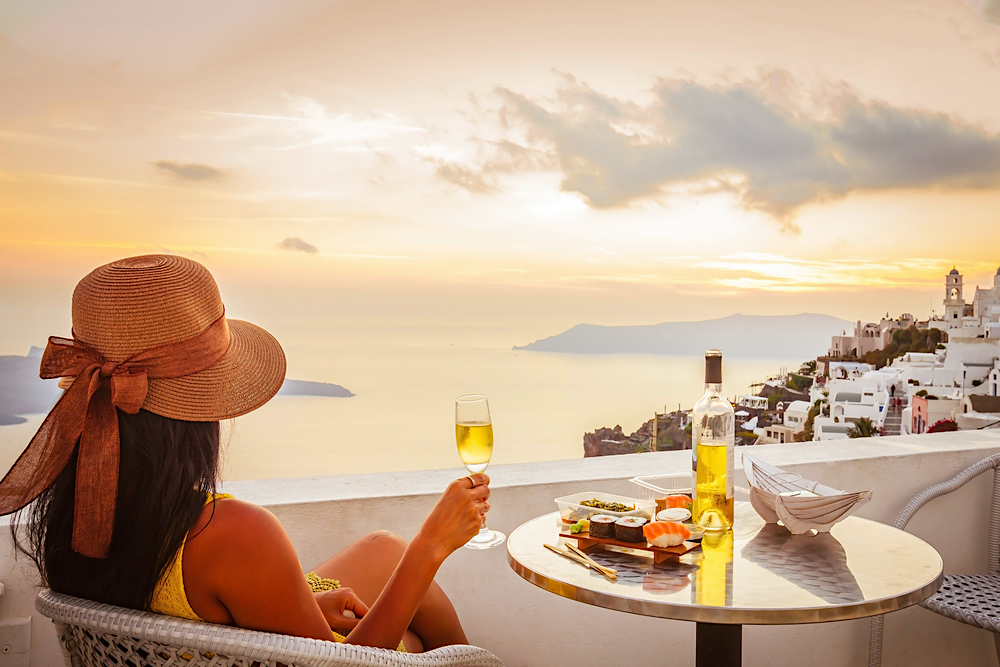 Greece is situated in southeastern Europe with thousands of islands throughout the Aegean and Ionian seas. Influential in ancient times, it's often called the cradle of Western civilization. Athens, its capital, retains landmarks including the 5th-century B.C. Acropolis citadel with the Parthenon temple. Greece is also known for its beaches, from the black sands of Santorini to the party resorts of Mykonos.

The best time to visit Greece is in spring to early summer (April to mid-June) and autumn (September to mid-October).

6. ICELAND (Take a 2 000 km round trip and experience the stunning natural beauty of Iceland) 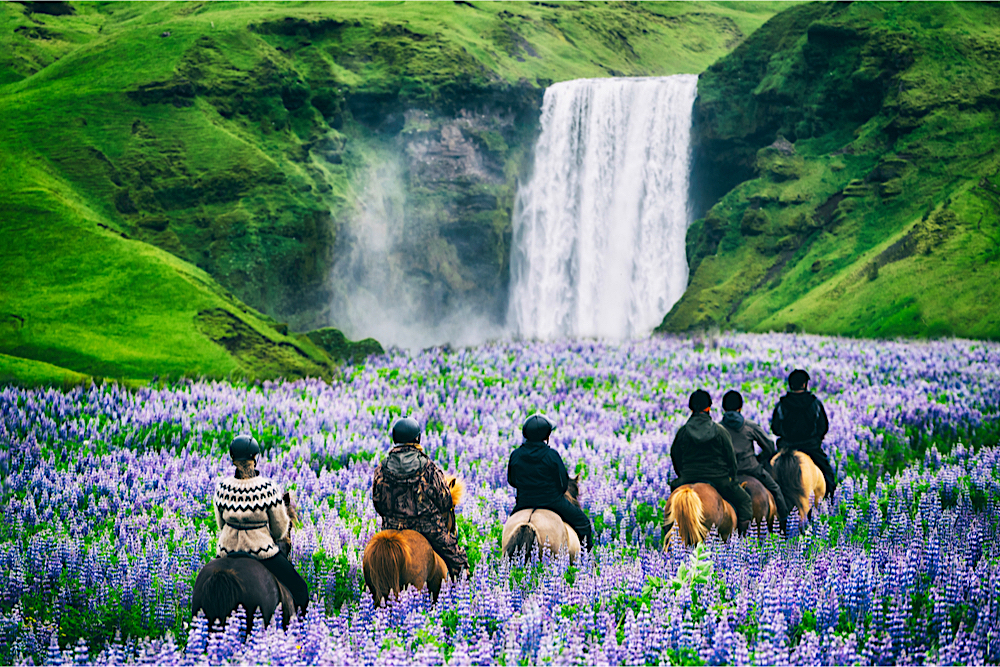 Iceland, a Nordic island nation, is defined by its dramatic landscape with volcanoes, geysers, hot springs and lava fields. Massive glaciers are protected in Vatnajökull and Snæfellsjökull national parks. Most of the population lives in the capital, Reykjavik, which runs on geothermal power and is home to the National and Saga museums, tracing Iceland’s Viking history. 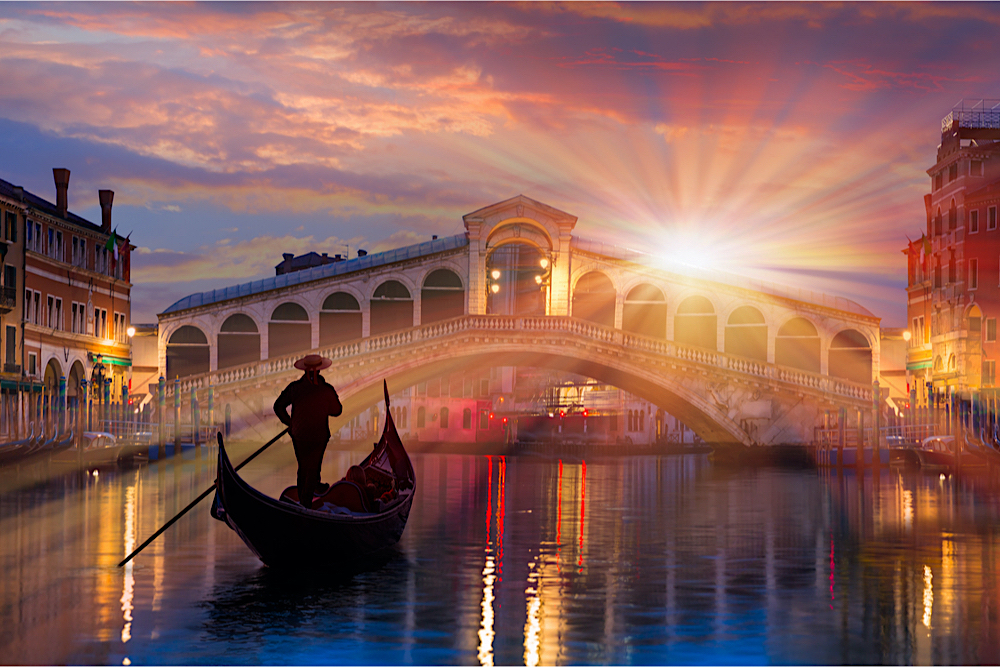 Italy has a long Mediterranean coastline and has left a powerful mark on Western culture and cuisine. Its capital, Rome, is home to the Vatican as well as landmark art and ancient ruins. Other major cities include Florence, with Renaissance masterpieces such as Michelangelo’s "David" and Brunelleschi's Duomo; Venice, the city of canals; and Milan, Italy’s fashion capital.

The best months for traveling in much of Italy are from April to June and mid-September to October: Temperatures are usually comfortable, rural colours are rich, and the crowds aren't too intense (except around Easter). From July through early September the country's holiday spots teem with visitors.

8. LUXEMBOURG (Don't miss Luxembourg with our list of the 5 best things to do!) 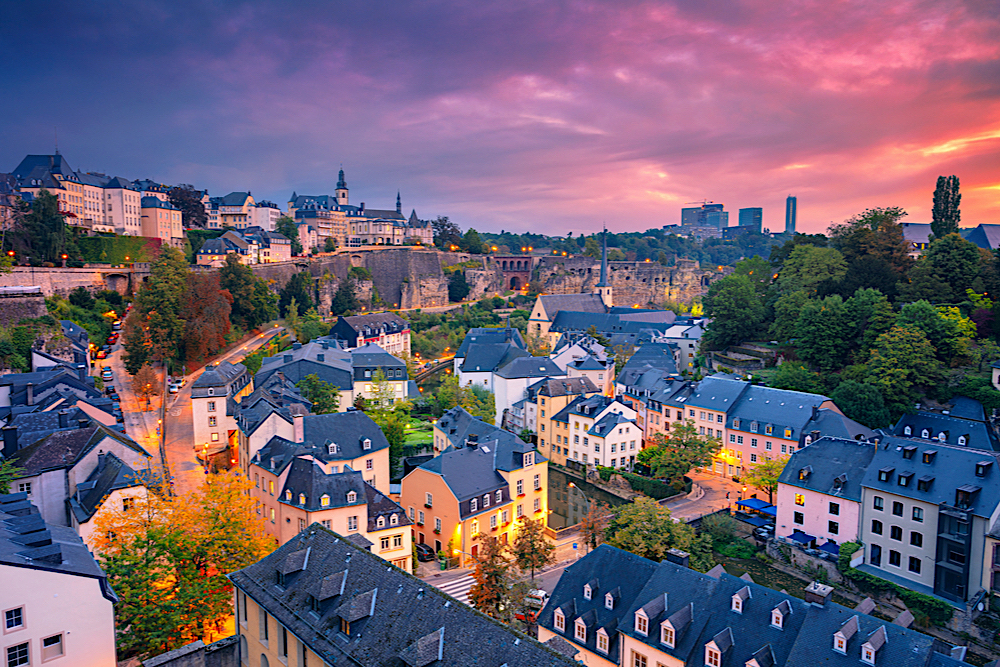 Luxembourg is a small European country, surrounded by Belgium, France and Germany. It’s mostly rural, with dense Ardennes forest and nature parks in the north, rocky gorges of the Mullerthal region in the east and the Moselle river valley in the southeast. Its capital, Luxembourg City, is famed for its fortified medieval old town perched on sheer cliffs.

In order to experience Luxembourg during its warmest period, mid-July is the best time to come. But it's important to keep in mind that July and August are considered the peak tourist season in Luxembourg, so expect long queues at museums and attractions. 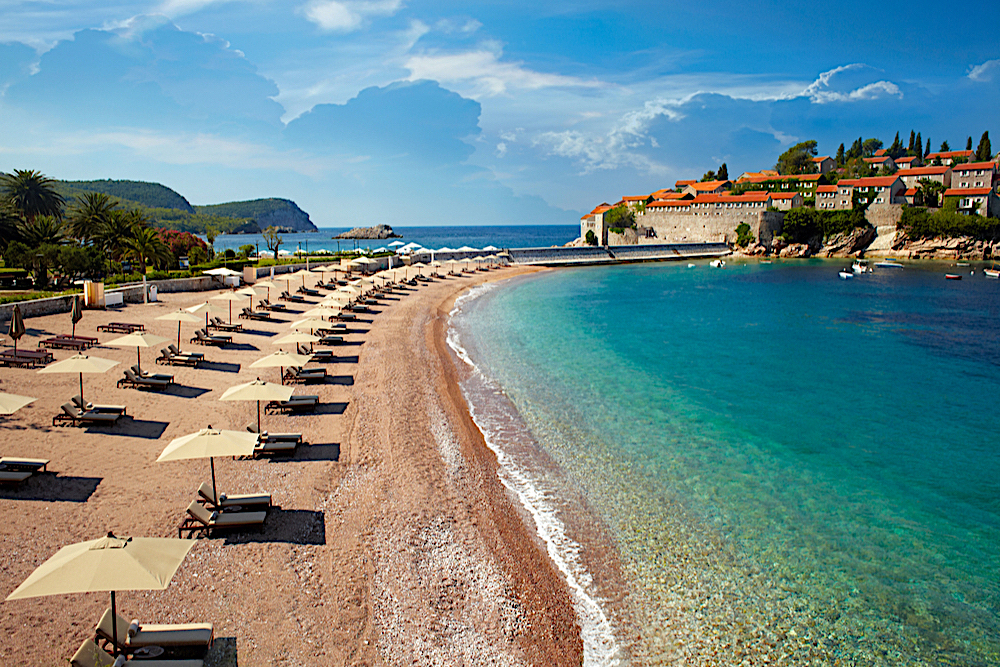 Montenegro is a Balkan country with rugged mountains, medieval villages and a narrow strip of beaches along its Adriatic coastline. The Bay of Kotor, resembling a fjord, is dotted with coastal churches and fortified towns such as Kotor and Herceg Novi. Durmitor National Park, home to bears and wolves, encompasses limestone peaks, glacial lakes and 1,300m-deep Tara River Canyon.

The best time to visit Montenegro is during the main summer months from May to September. Be aware however, that in August some resorts such as Budva and Kotor will become quite busy with travellers from the surrounding Balkan countries.

10. NETHERLANDS (Get the insight you need before heading off for Amsterdam's adventurous coffee shop culture) 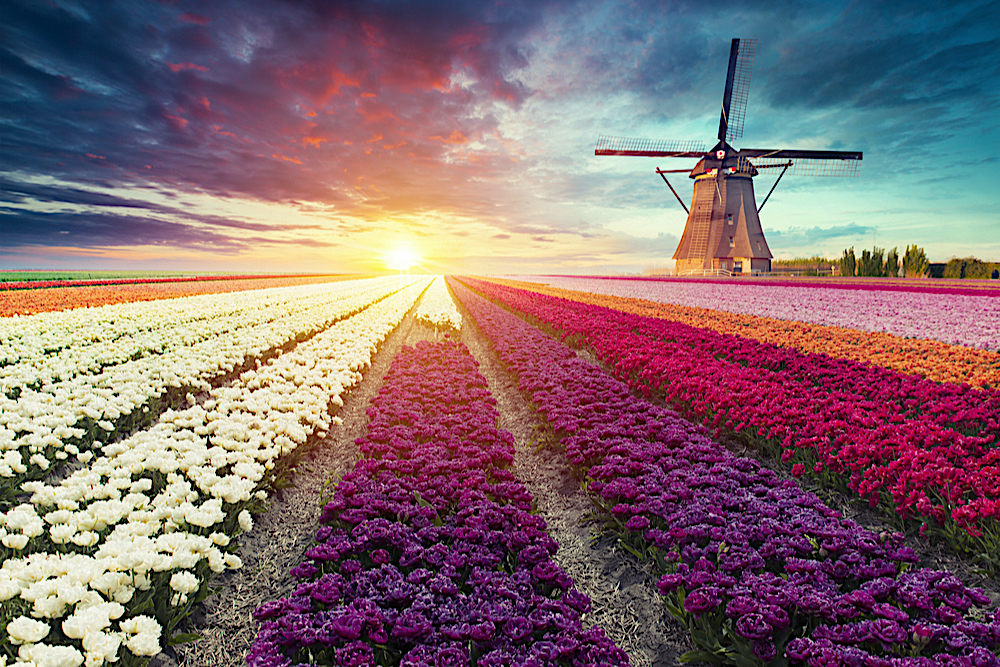 The Netherlands in northwestern Europe, is known for a flat landscape of canals, tulip fields, windmills and cycling routes. Amsterdam, the capital, is home to the Rijksmuseum, Van Gogh Museum and the house where Jewish diarist Anne Frank hid during WWII. Canalside mansions and a trove of works from artists including Rembrandt and Vermeer remain from the city's 17th-century "Golden Age.”

The best time weather wise is from mid April to mid October. July and August are the peak months for visitors. The weather overall is never severely cold or hot as the temperatures are influenced by the North Sea (the Netherlands has a maritime climate). Most rain falls in the winter and it can feel damp and chilly. 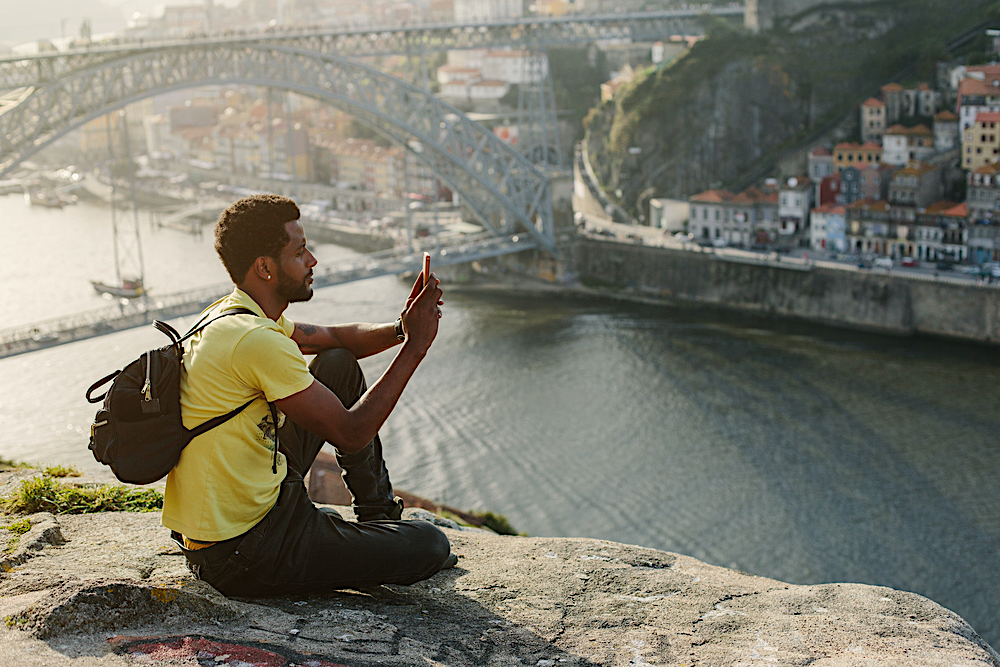 Portugal is a southern European country on the Iberian Peninsula, bordering Spain. Its location on the Atlantic Ocean has influenced many aspects of its culture: salt cod and grilled sardines are national dishes, the Algarve's beaches are a major destination and much of the nation’s architecture dates to the 1500s–1800s, when Portugal was a powerful maritime empire.

The best time to visit Portugal is in spring (March-May), when the country is in bloom and waking after the winter. You could also go in fall (between September and October) when the sun is still shining, the weather is warm, and many of the crowds have dispersed.

12. ROMANIA (Some of the best travel experiences in Romania that you don't want to miss) 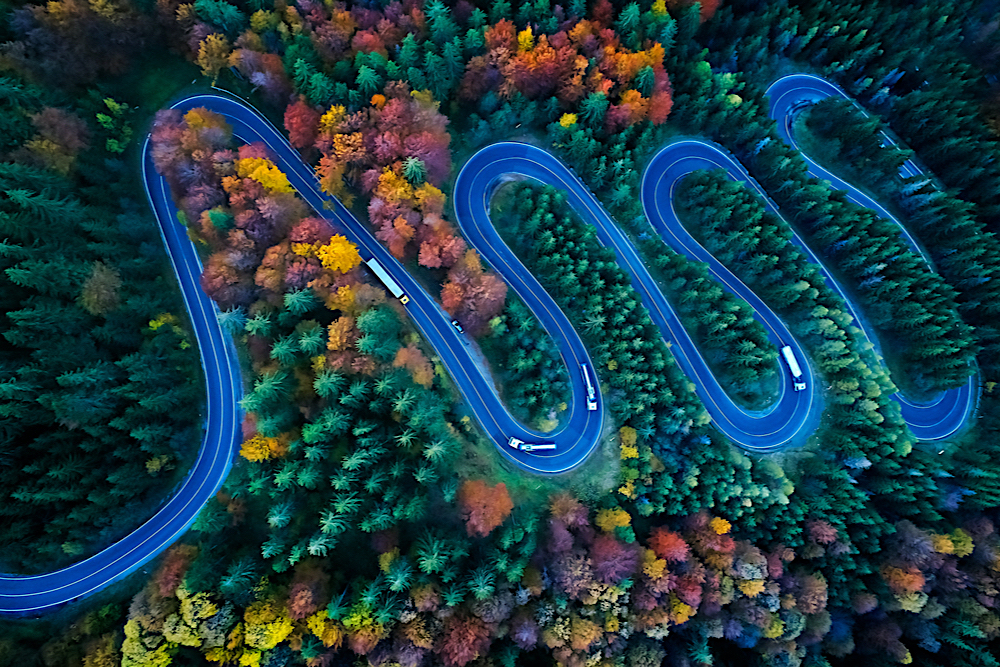 Romania is a southeastern European country known for the forested region of Transylvania, ringed by the Carpathian Mountains. Its preserved medieval towns include Sighisoara, and there are many fortified churches and castles, notably clifftop Bran Castle, long associated with the Dracula legend. Bucharest, the country’s capital, is the site of the gigantic, Communist-era Palatul Parlamentului government building.

The best time to visit Romania would be mid-May through mid-September. Visiting Romania during late spring or early fall will provide you with the best possible weather, as you will be able to enjoy lots of sunshine, as well as comfortable temperatures. 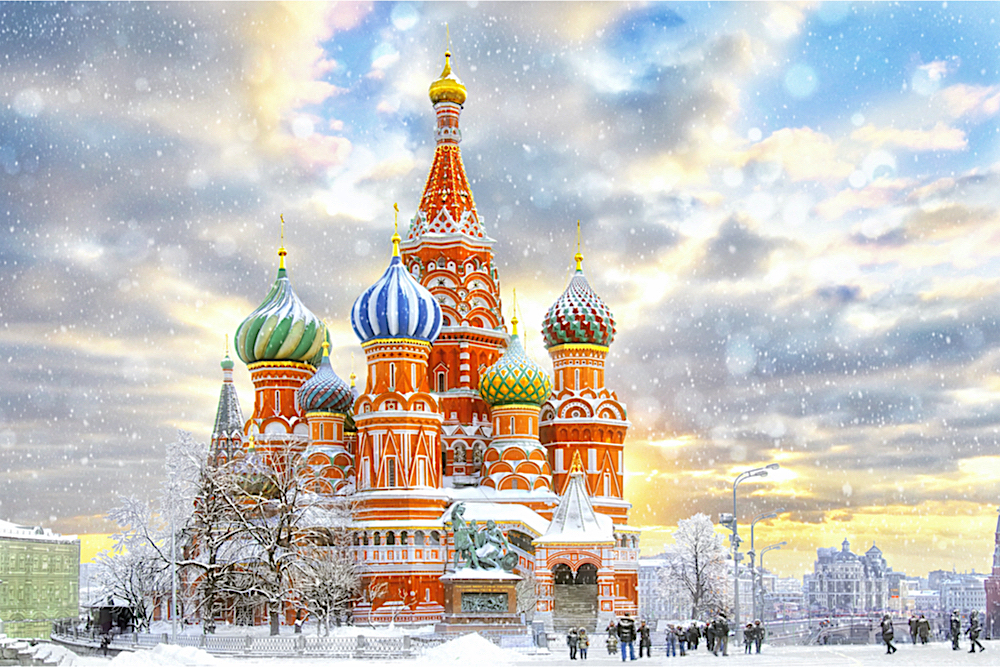 Summer is one of the best times to visit Russia and the months of July and August are the highlight of the tourist season. In big cities like Moscow, St. Petersburg or the cities of the Golden Ring of Russia you will often see large groups of foreign tourists from all over the world (including those from the former Soviet republics) visiting the main tourist attractions.

14. SPAIN (Are you ready to go on the adventure of a lifetime and walk the Camino de Santiago?) 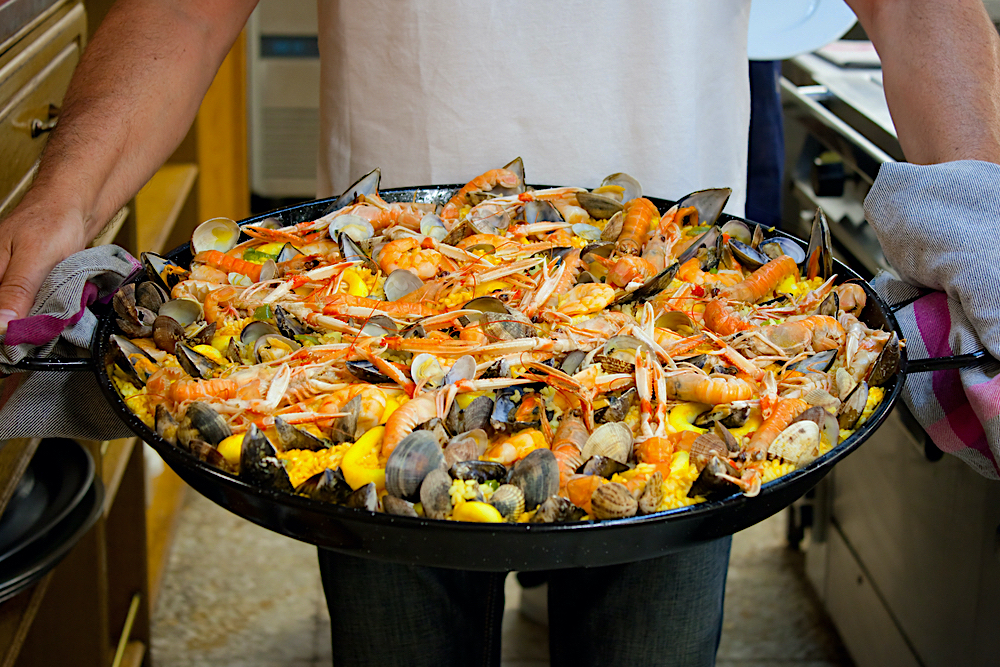 Spain is part of the Iberian Peninsula and includes 17 autonomous regions with diverse geography and cultures. Capital city Madrid is home to the Royal Palace and Prado museum, housing works by European masters. Segovia has a medieval castle (the Alcázar) and an intact Roman aqueduct. Catalonia’s capital, Barcelona, is defined by Antoni Gaudí’s whimsical modernist landmarks like the Sagrada Família church.

The best time to visit Spain is typically in the spring (March to May) or during the fall (September to November). At these times, you'll likely find fewer crowds, cheaper accommodations, and the best weather.

15. SWITZERLAND (From exploring its ancient buildings to geeking out at museums, here are six of the best free things to do in Switzerland!) 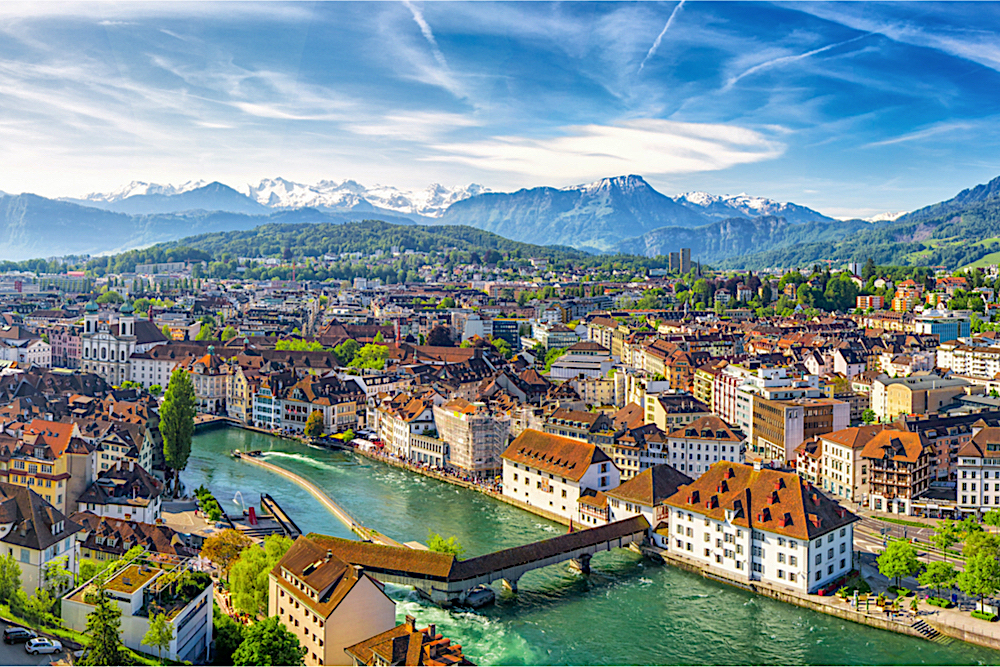 Switzerland is a mountainous Central European country, home to numerous lakes, villages and the high peaks of the Alps. Its cities contain medieval quarters, with landmarks like capital Bern’s Zytglogge clock tower and Lucerne’s wooden chapel bridge. The country is also known for its ski resorts and hiking trails. Banking and finance are key industries, and Swiss watches and chocolate are world renowned. While Switzerland will never be a dirt cheap destination, the country has plenty to offer the frugal traveller.

The best time to visit Switzerland is during the shoulder seasons, between April and June, and September to October, when the weather is at best, and there aren’t too many tourists.The high season is July to August, when the weather in Switzerland is the warmest it is in the entire year, but you will have to face a lot of tourists, and over 50% increase in prices. Winter (between December and March) is low season in most parts of the country, as there will be intense snowstorms. However, this is the best season for those who want to go on ski trips. 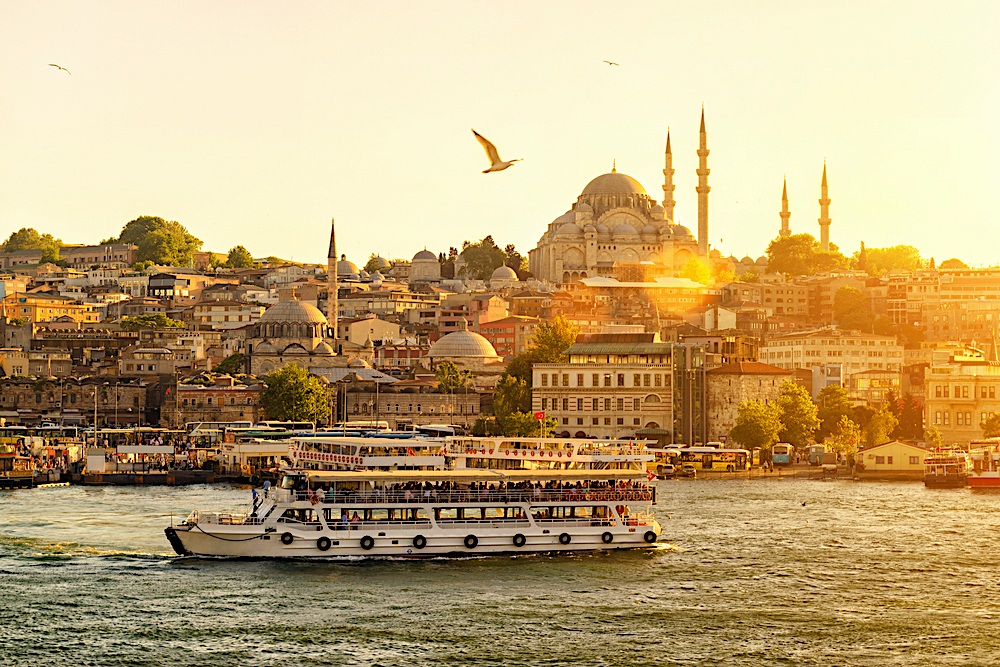 Turkey is a nation straddling eastern Europe and western Asia with cultural connections to ancient Greek, Persian, Roman, Byzantine and Ottoman empires. Cosmopolitan Istanbul, on the Bosphorus Strait, is home to the iconic Hagia Sophia, with its soaring dome and Christian mosaics, the massive 17th-century Blue Mosque and the circa-1460 Topkapi Palace, former home of sultans. Ankara is Turkey’s modern capital.

If so, the best time to visit Turkey is April, May and June. Likewise, October is cool enough for walking around in the daytime heat. Try to avoid visiting during the height of summer that is July, August and September because the heat averages 40 degrees and is extremely uncomfortable.

17. UNITED KINGDOM (Experience 12 of the oldest pubs in London) 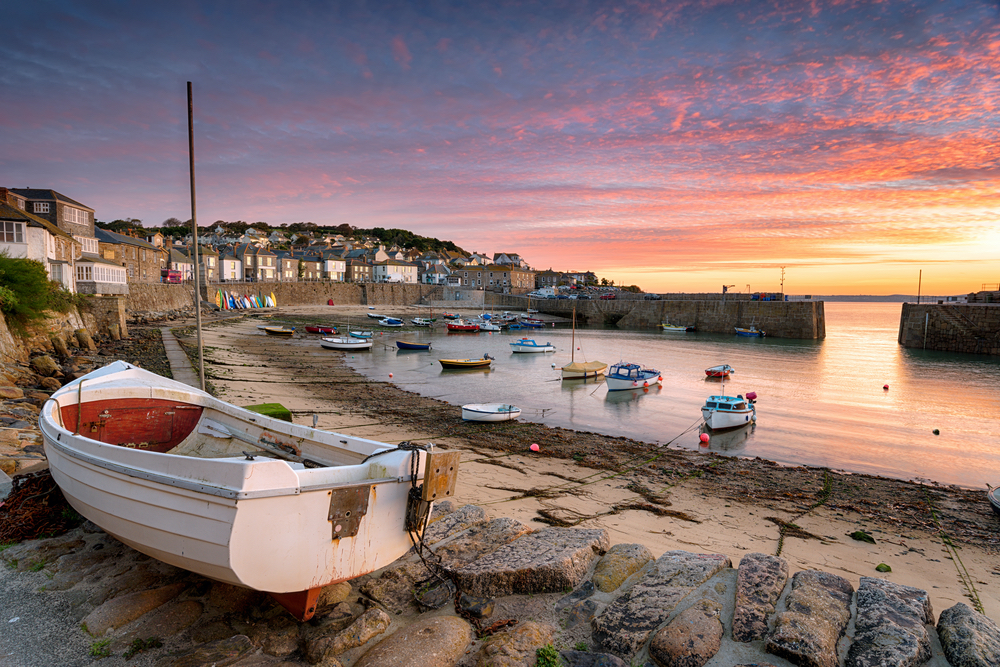 The United Kingdom, made up of England, Scotland, Wales and Northern Ireland, is an island nation in northwestern Europe. England – birthplace of Shakespeare and The Beatles – is home to the capital, London, a globally influential centre of finance and culture. England is also site of Neolithic Stonehenge, Bath’s Roman spa and centuries-old universities at Oxford and Cambridge.

The United Kingdom can be visited at any time of year, as its climate is relatively temperate and, in general, doesn't experience extremes during either summer or winter. Overall, spring (late March to early June) and autumn (September to November) are the best times to visit, when it's usually warm and dry.