8 MAGICAL DESTINATIONS FOR YOUR TRAVELWISHLIST

The most visited countries in Africa are Morocco, Egypt & South Africa.  The following destinations are also highly recommended: Kenya, Malawi, Mauritius, Namibia & Tanzania (click on the links below to read our blogs): 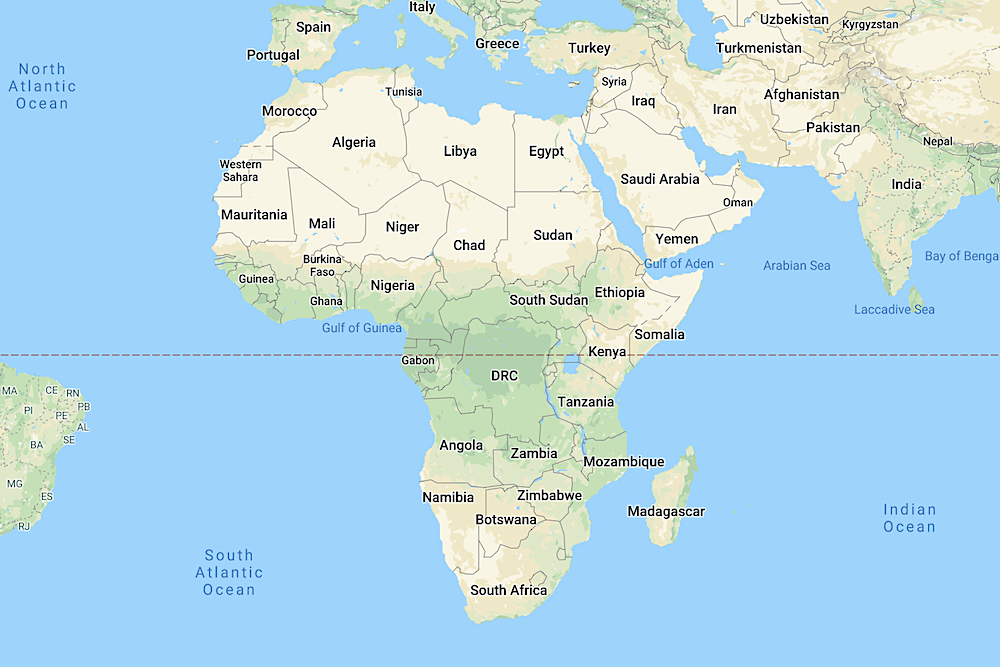 1. EGYPT (Explore the ancient cities of Cairo and Alexandria, take a luxurious cruise in the Nile River from Aswan to Luxor and unwind on the beach at Hurghada) 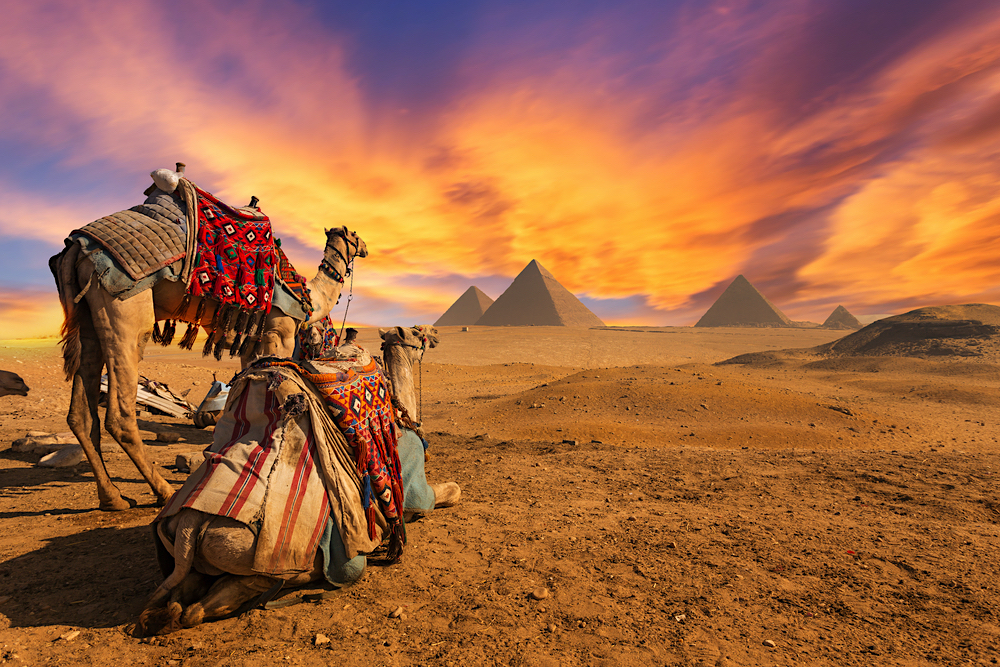 Egypt links northeast Africa with the Middle East and dates to the time of the pharaohs. Millennia-old monuments sit along the fertile Nile River Valley, including Giza's colossal Pyramids and Great Sphinx as well as Luxor's hieroglyph-lined Karnak Temple and Valley of the Kings tombs. The capital, Cairo, is home to Ottoman landmarks like Muhammad Ali Mosque and the Egyptian Museum, a trove of antiquities.

Best time to visit: Egypt is a year round destination - although the summer months can be particularly hot, especially towards the south of Egypt in Luxor and Aswan. The best time to visit Egypt is from September through to April. Christmas, New Year and Easter are very popular times to visit Egypt, so it's wise to book early.

2. KENYA (Experience spectacular wildlife and tropical beaches for the adventure of a lifetime) 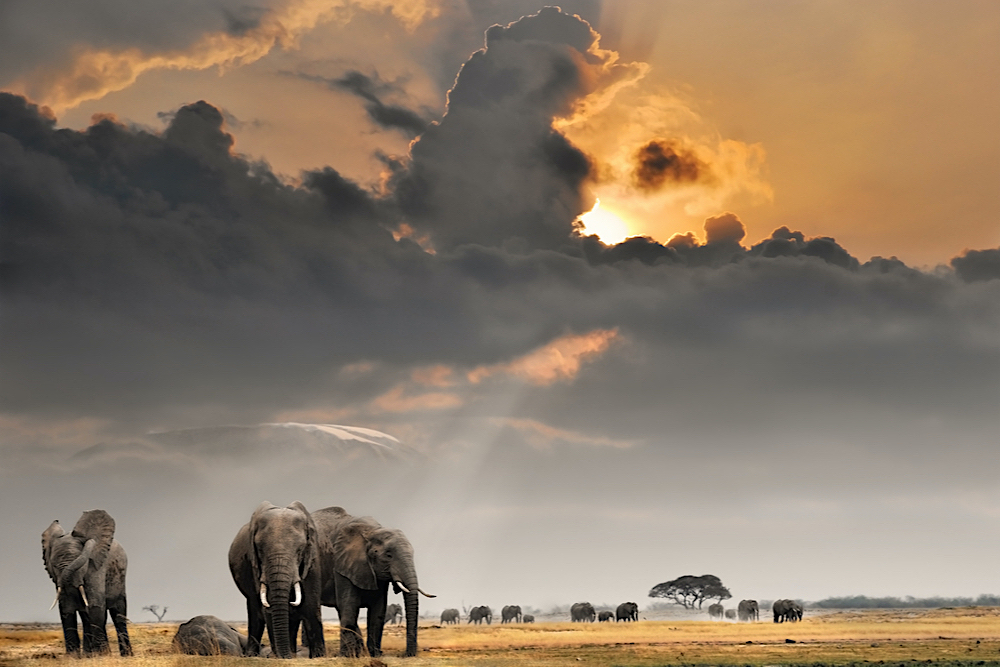 Best time to visit: Kenya is a year-round destination, with good game viewing throughout the year, although arguably the best time to visit is during the migration which usually occurs between July to August. The  warmest months in Kenya are from December to March and the dry season is from June to October. 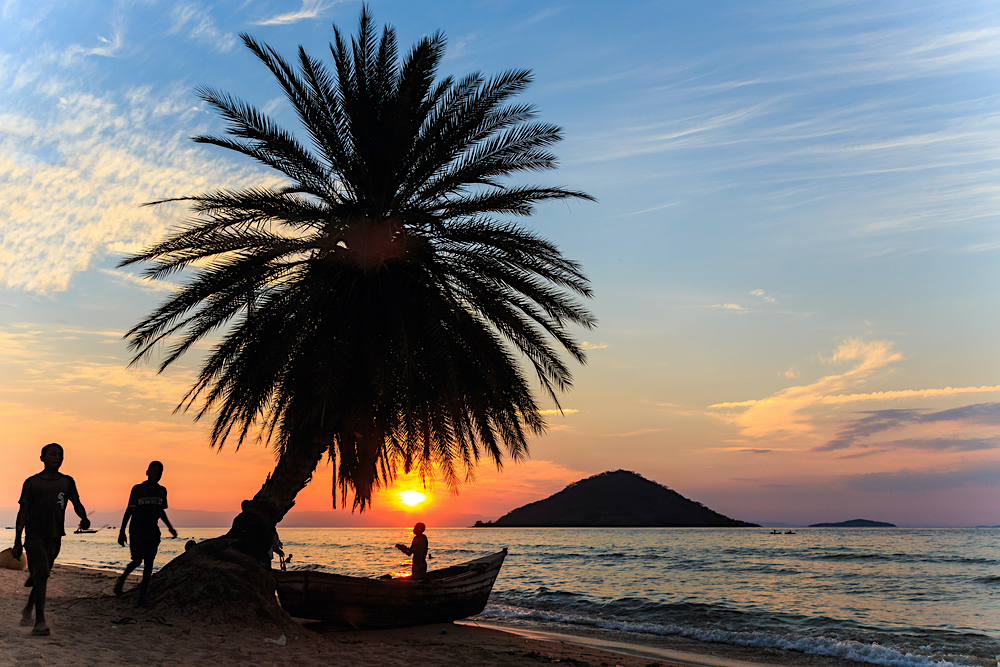 Malawi, a landlocked country in southeastern Africa, is defined by its topography of highlands split by the Great Rift Valley and enormous Lake Malawi. The lake’s southern end falls within Lake Malawi National Park – sheltering diverse wildlife from colorful fish to baboons – and its clear waters are popular for diving and boating. Peninsular Cape Maclear is known for its beach resorts.

Best time to visit: Malawi has a hot summer rainfall season from November to April so the best time to visit is during the drier winter months - early May to late October. Winter gets chilly high up on the northern Nyika Plateau but down on the shore of Lake Malawi you can expect warm, sunny and dry days - great beach weather.

4. MAURITIUS (Ile' Maurice as the French call it, remains a sparkling jewel in the Indian Ocean. Find out why...) 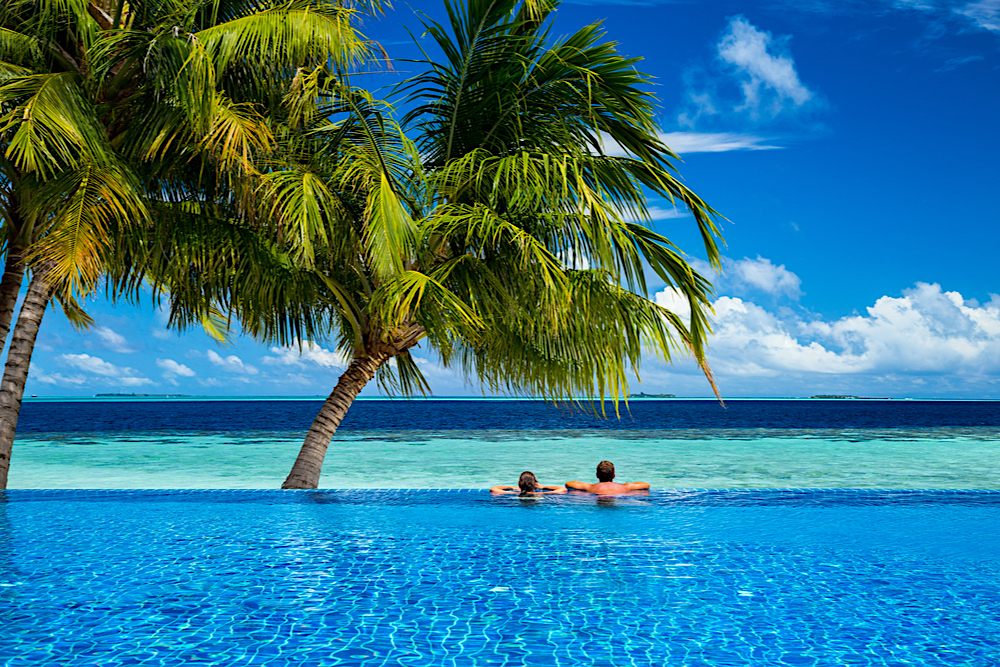 Best time to visit: From May to December when the weather is cool, dry and sunny.

5. MOROCCO (Feel the need to be inspired? Visit fascinating, beautiful Morocco and rediscover your mojo) 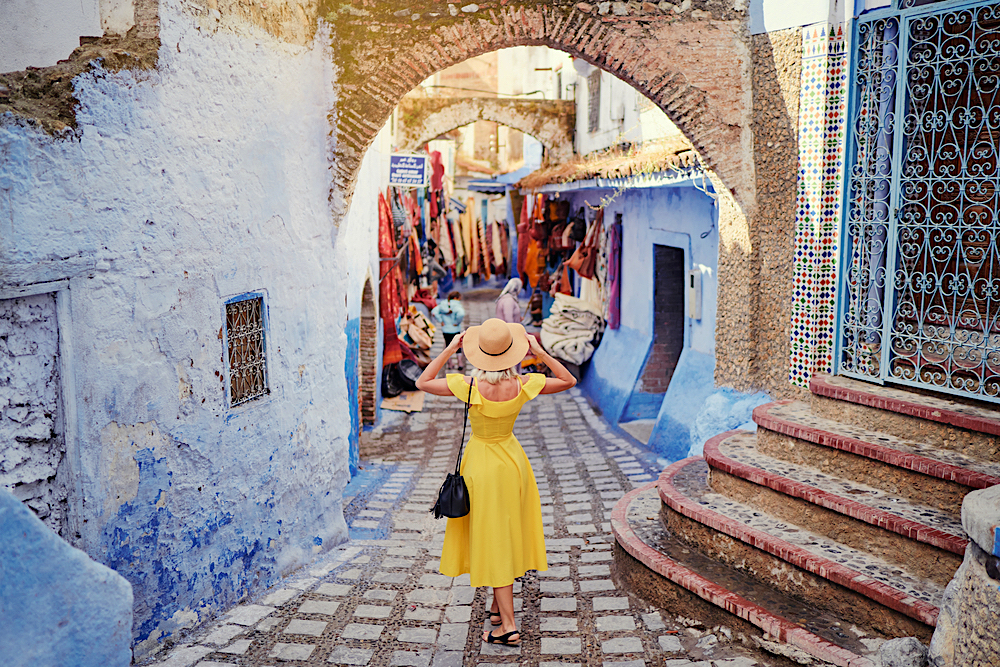 Best time to visit: The best time to visit Morocco is during spring (mid-March to May) or autumn (September to October). The weather is warm but pleasant, unlike the cold temperatures and snow of winter, or the scorching heat of summer. The coastal regions can be visited year-round.

6. NAMIBIA (Experience the vast open spaces of this fascinating country) 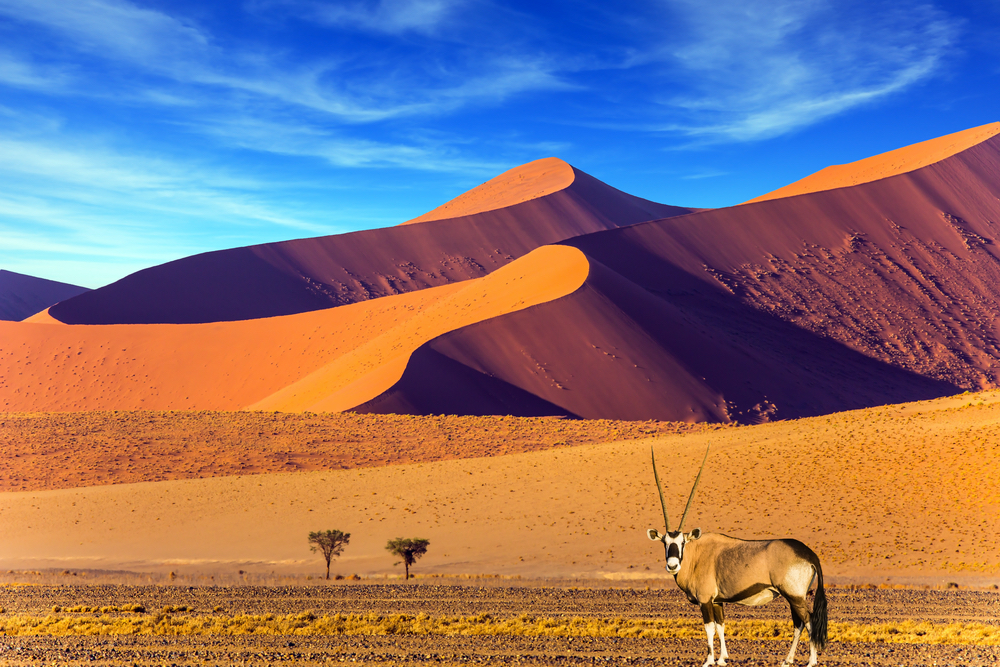 Namibia, a country in southwest Africa, is distinguished by the Namib Desert along its Atlantic Ocean coast. The country is home to diverse wildlife, including a significant cheetah population. The capital, Windhoek, and coastal town Swakopmund contain German colonial-era buildings such as Windhoek's Christuskirche, built in 1907. In the north, Etosha National Park is home to the big five and much more.

Best time to visit: If seeing wildlife is your main objective, the best time to visit all parks, especially Etosha, is in the Dry season from May to October. Namibia is a scenic country and can be visited throughout the year. The colors will be most vibrant during and after the Wet season. October to February can be unpleasantly hot. 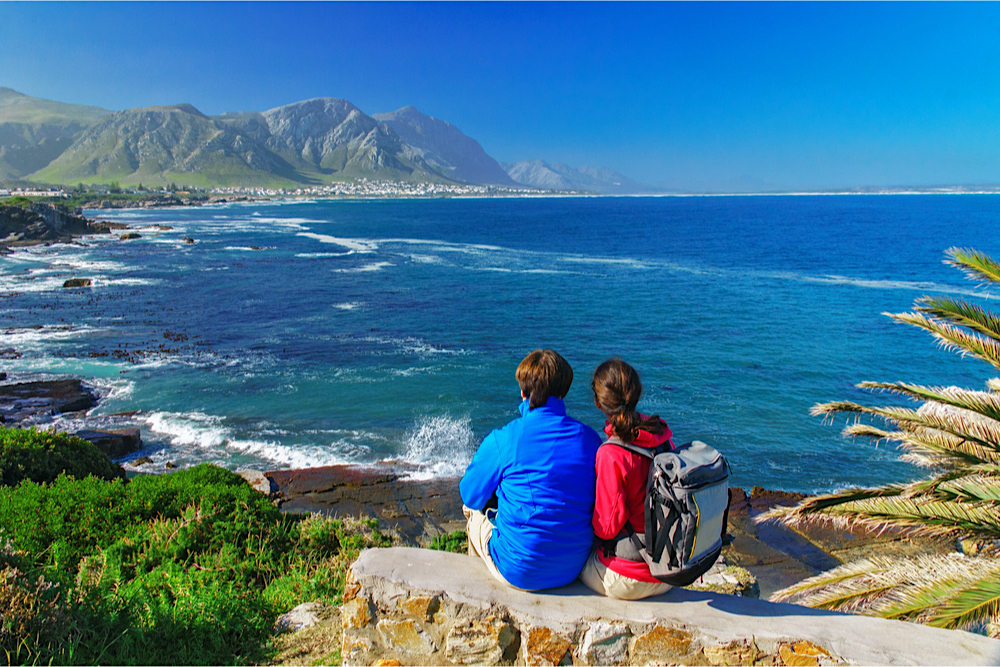 South Africa is on the southernmost tip of the African continent, marked by several distinct ecosystems. Inland safari destination Kruger National Park is populated by big game. The Western Cape offers beaches, lush winelands around Stellenbosch and Paarl, craggy cliffs at the Cape of Good Hope, forest and lagoons along the Garden Route, and the city of Cape Town, beneath flat-topped Table Mountain.

Best time to visit: The drier winter months between May and October are  the best time for superb game viewing on a South Africa safari in Kruger, Madikwe, Pilanesberg and KwaZulu-Natal as animals are concentrated  around water sources and are easier to spot in the thinned-out bush. For a Cape Town beach holiday you simply can’t beat the hot summer months between November and March – although book your accommodation early if you want to visit over Christmas or New Year.

8. TANZANIA (Climb the iconic Kilimanjaro, get close to the big five in the Ngorongoro crater & Serengeti, explore historic Stone Town and chill on the beach in Zanzibar) 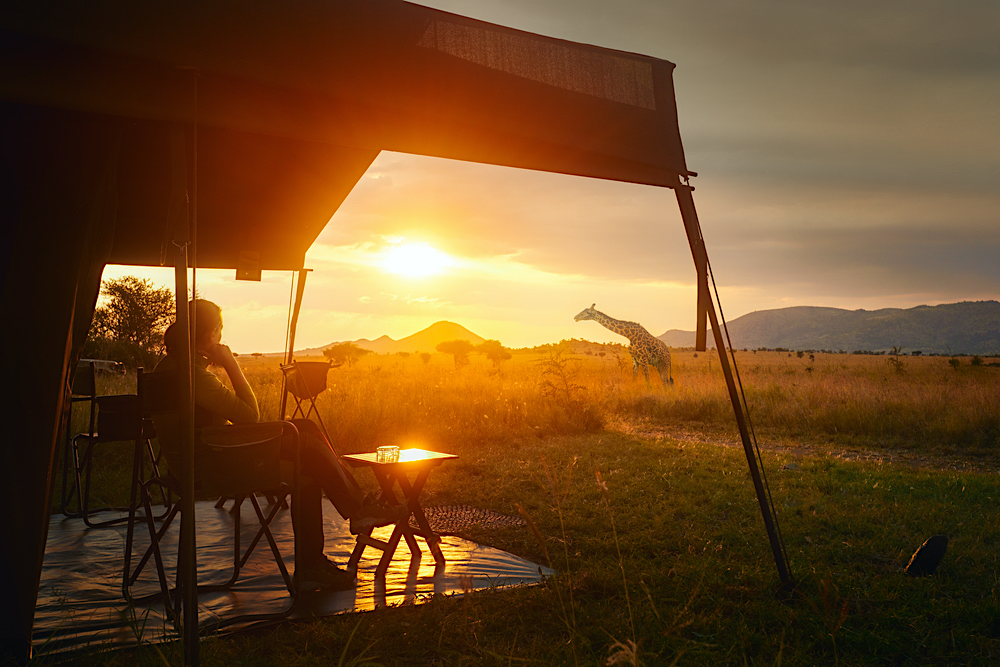 Tanzania is an East African country known for its vast wilderness areas. They include the plains of Serengeti National Park, a safari mecca populated by the “big five” game (elephant, lion, leopard, buffalo, rhino), and Kilimanjaro National Park, home to Africa’s highest mountain. Offshore lie the tropical islands of Zanzibar, with Arabic  influences, and Mafia, with a marine park home to whale sharks and coral reefs.

Best time to visit: Peak season is July to October. The best time to visit Tanzania is from July to October when the country is at its driest. This coincides with the migration river crossings, however, all the parks offer amazing wildlife sightings at this time as the grasses and bush are at their least dense.