Put Bolivia on your travelwishlist!

Experience the breathtaking beauty of Bolivia

Bolivia is a country in central South America, with a varied terrain spanning the Andes Mountains, Atacama Desert and Amazon Basin rainforest. At more than 3,500m, its administrative capital, La Paz, sits on the Andes’ Altiplano plateau with snow-capped Mt. Illimani in the background. Nearby is glass-smooth Lake Titicaca, the continent’s largest lake, straddling the border with Peru. 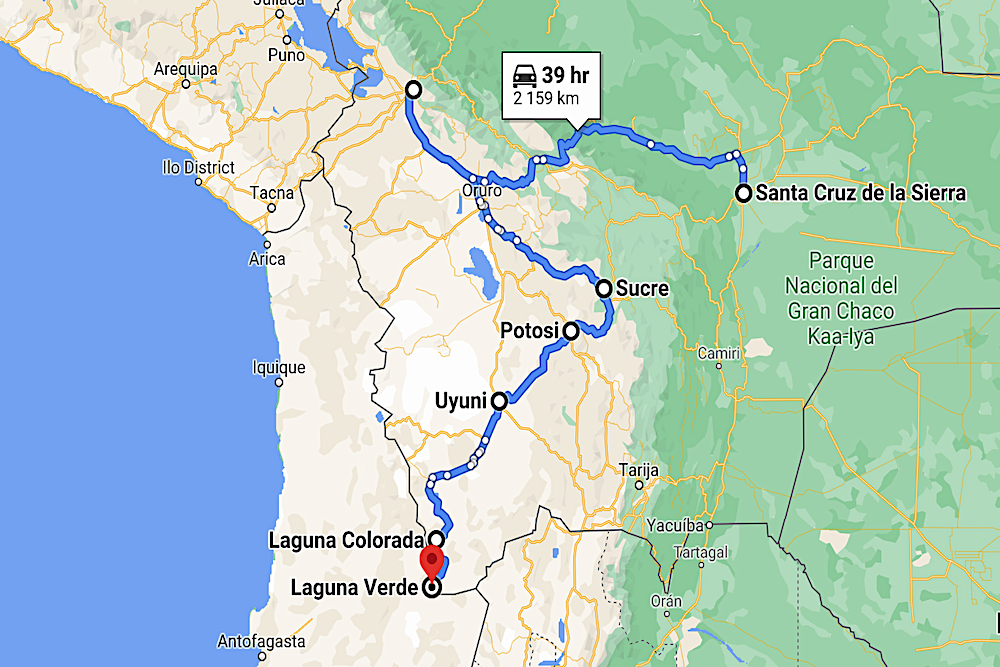 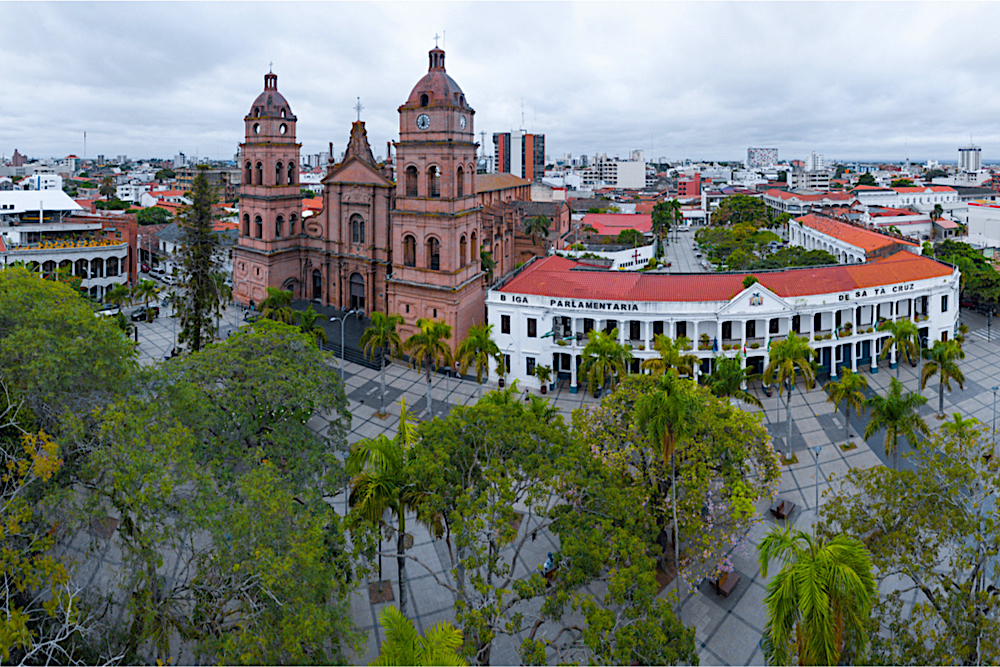 Santa Cruz de la Sierra is Bolivia's commercial center and the capital city of the Santa Cruz department. It stands on the Pirai River in the tropical lowlands east of the Andes Mountains. Founded by the Spanish in the 1500s, today it's a cosmopolitan hub with museums, restaurants and nightclubs. Its historic core is anchored by the rose-brick Metropolitan Cathedral on Plaza 24 de Septiembre, the central square. 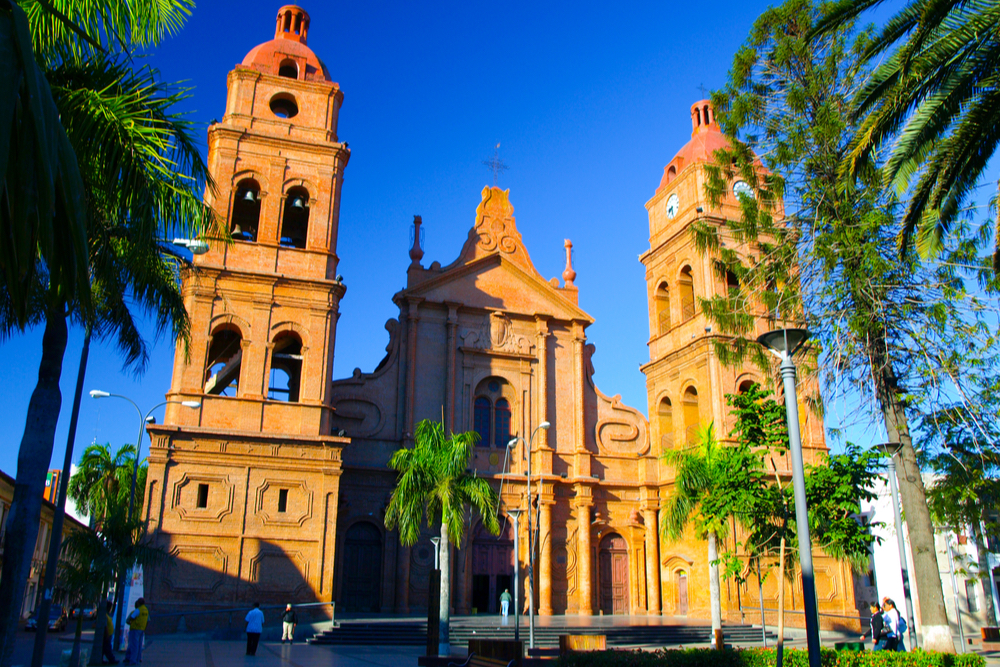 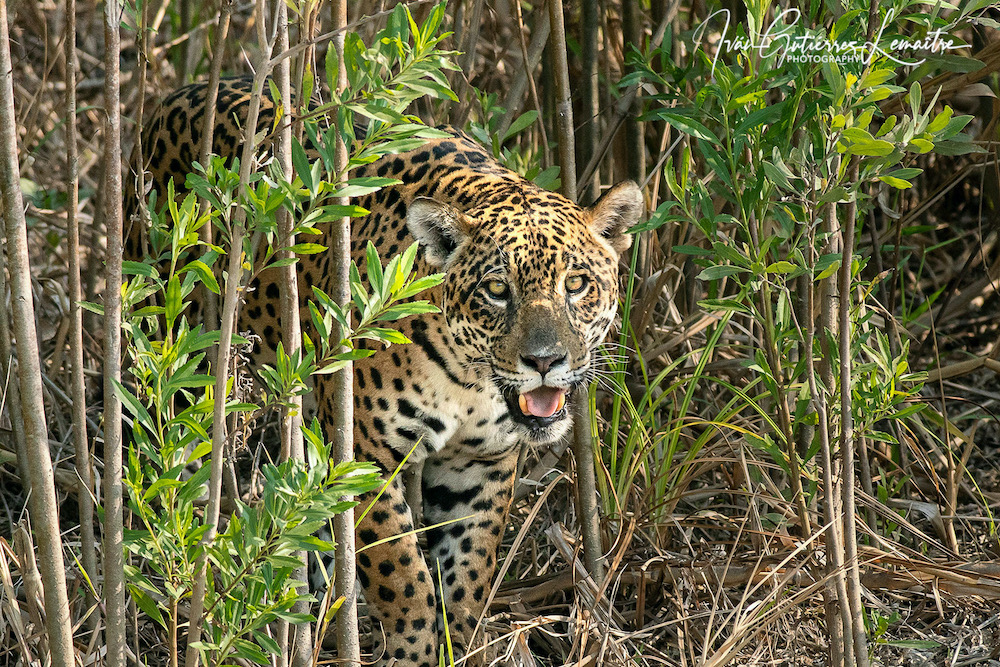 Nick’s Adventures Bolivia is an Australian/Bolivian Tour Operator based in Santa Cruz, Bolivia. They offer highly professional guided tours throughout Bolivia. From trekking in the Andes, Amazon Rainforest tours and Fishing for Piranhas in remote rivers they can make it happen. 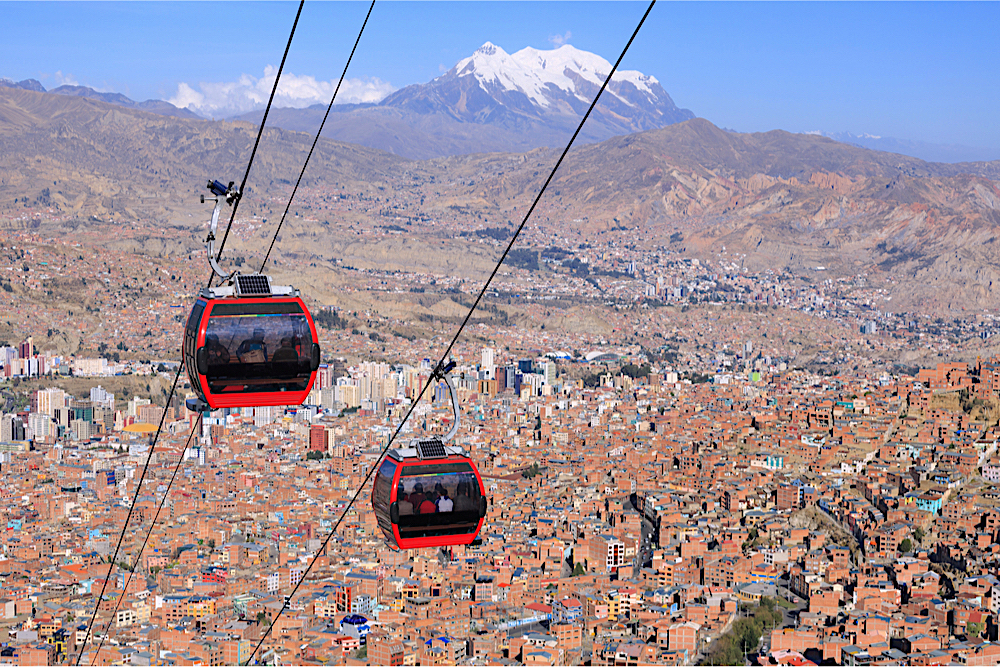 La Paz is the highest administrative capital in the world, resting on the Andes’ Altiplano plateau at more than 3,500m above sea level. It stretches to El Alto city in the highlands, with snow-capped, 6,438m-high Mt. Illimani as its backdrop. The city's dramatic setting can be taken in during rides on Mi Teleférico, the aerial cable car system. 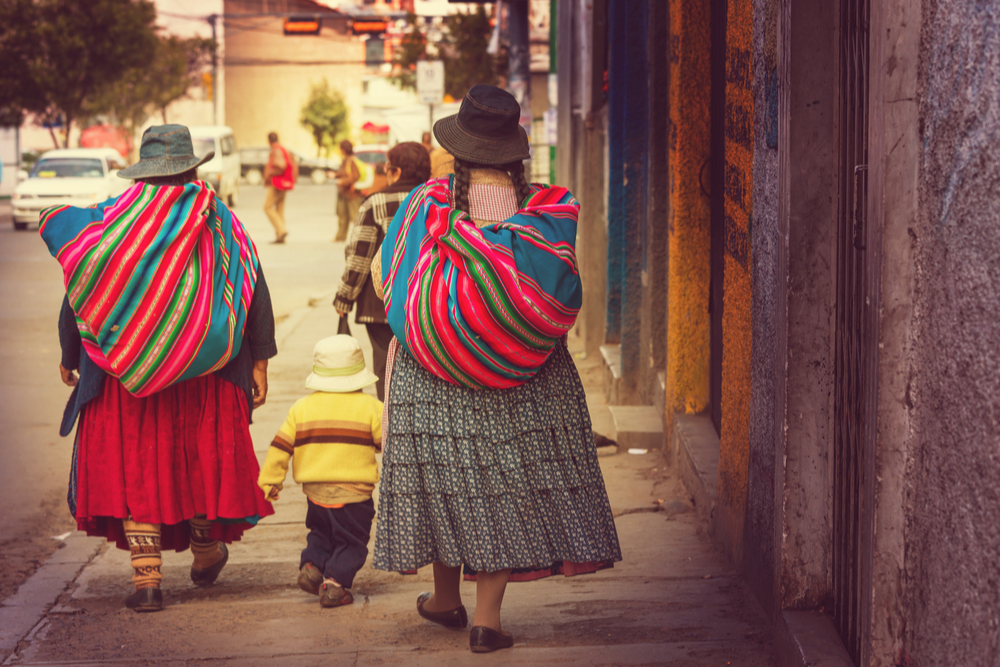 The Yungas Road is a cycle route about 60 km long which links the city of La Paz and the Yungas region of Bolivia. It draws about 25,000 tourists per year and is a major La Paz tourist attraction. Due to the terrible driving conditions, it has earned the nickname “Death Road,” and is included in several lists of the planet’s most dangerous routes. 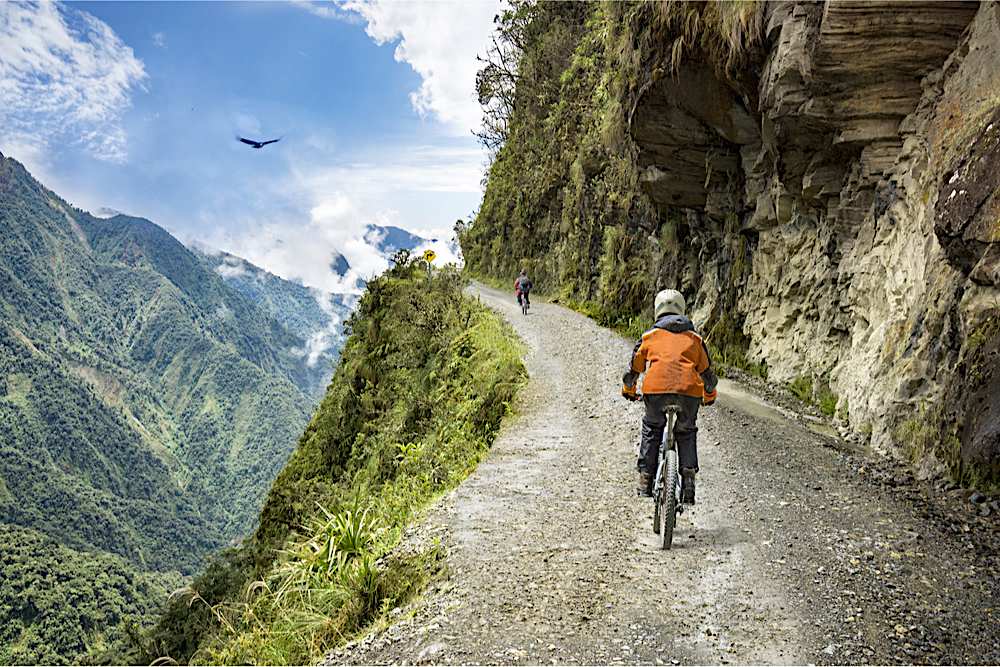 Tiwanaku (77 km from La Paz) is a Pre-Columbian archaeological site in western Bolivia near Lake Titicaca and one of the largest sites in South America. Surface remains currently cover around 4 square kilometers and include decorated ceramics, monumental structures, and megalithic blocks. 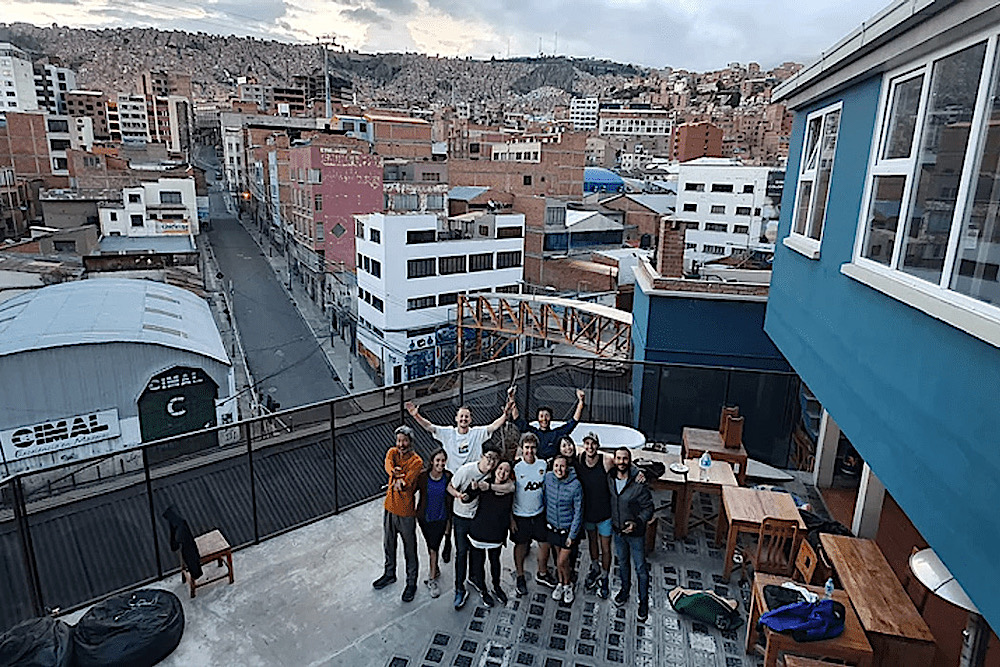 The Adventure Brew Hostel's newly renovated main building is dedicated to dorm beds, and just 100m down the road of the original building (the Adventure Brew Bed and Breakfast), which is focused on private rooms. These two buildings were created to give you, the adventure traveler, a friendly and fun base from which to plan your explorations of Bolivia, take a break from your travels, meet other travelers, or just recharge your batteries before heading out for further adventures. 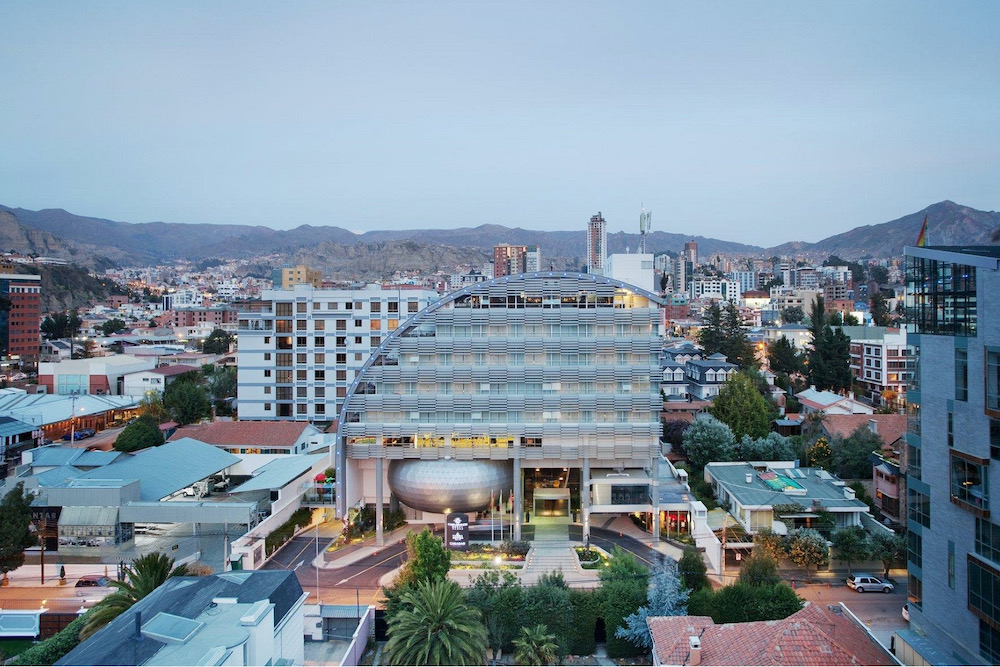 At Casa Grande Hotel, their 65 bright, fresh guestrooms and suites are uniquely designed to offer a blend of eclectic style, luxurious comfort, and chic sophistication. Offering views of the mountains or La Paz cityscape, all accommodations ensure that you stay relaxed and fully connected. 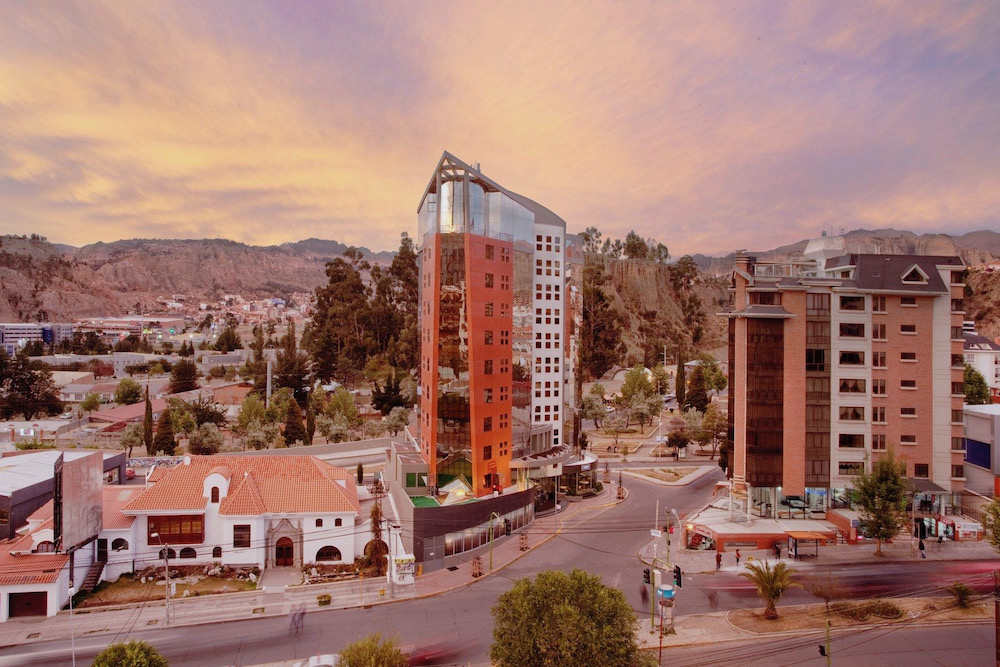 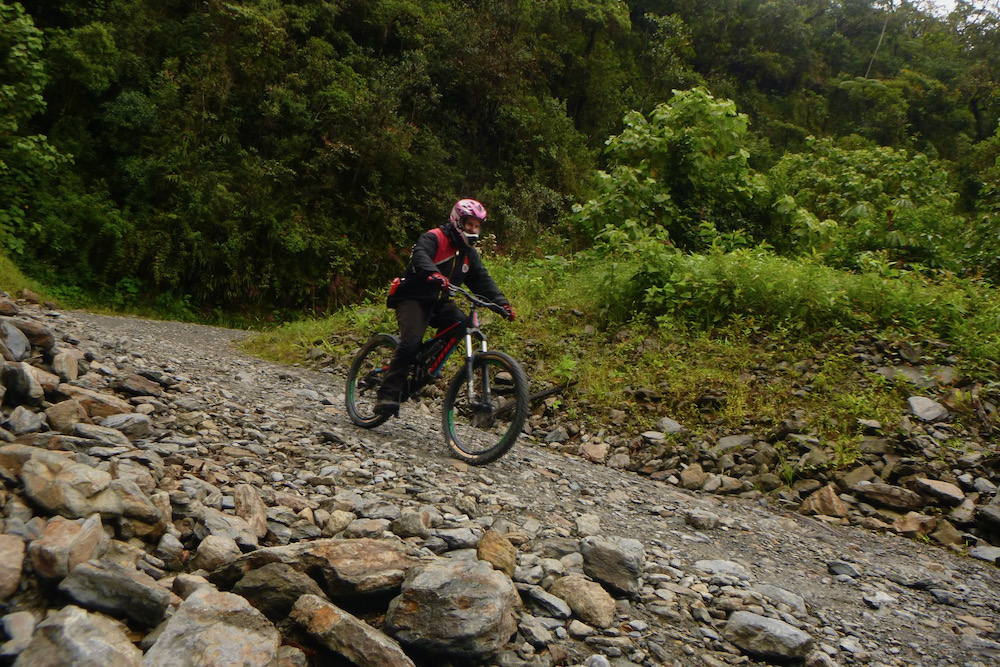 Since 1998 Gravity Bolivia have been rip-roaring, hoot-hollerin, and loving the amazing trails that only the Andes can provide. The World-Famous “Death Road” This ride is where Gravity started in 1998. And all those years of experience guarantee that your ride on Death Road with them will be one you’ll be bragging about for years and one most of their riders say was the best experience of their trip in South America. 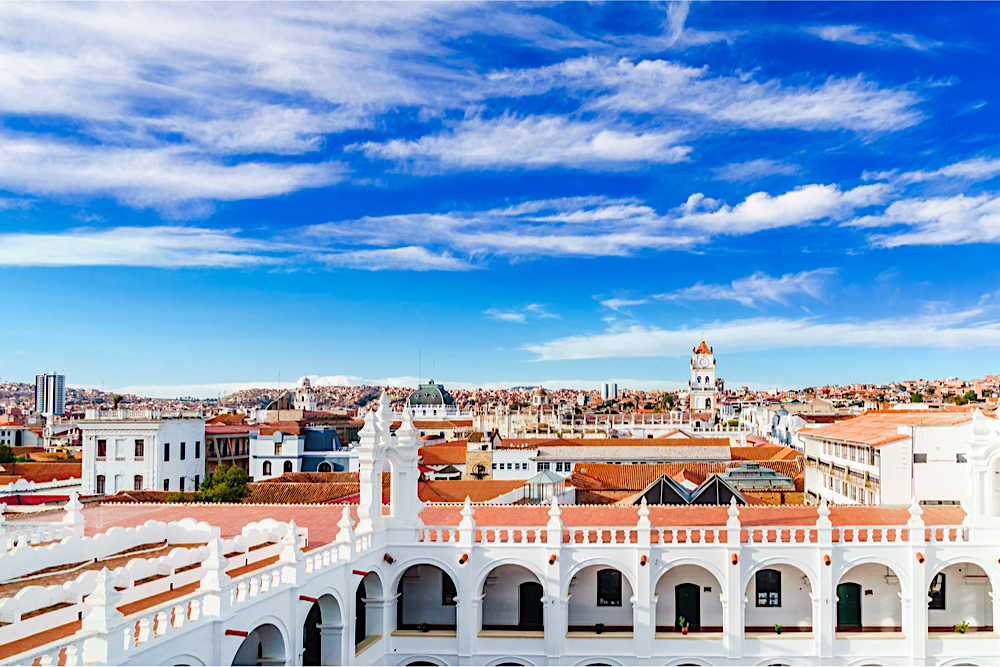 Sucre is a city in the southern highlands of Bolivia. The whitewashed Casa de la Libertad, where Bolivia’s Declaration of Independence was signed, houses galleries related to the city's past as the national capital. Also on Plaza 25 de Mayo, the main square, is the Catedral Metropolitana, an ornate colonial church. Nearby is the Museo Universitario Charcas USFXCH, featuring religious artifacts and contemporary art. 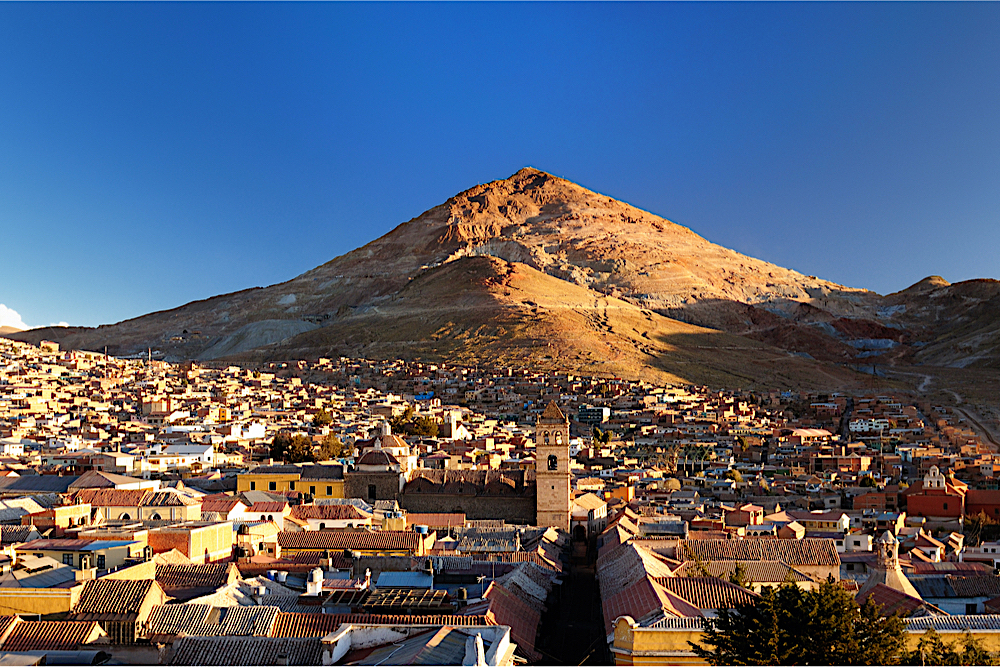 Potosí is a city with a long mining history, which is on view at Cerro Rico, a mountain and working silver mine south of the city. Potosí’s former mint, the central Casa Nacional de la Moneda, is now a museum dedicated to Bolivian art and history. Next to the mint, Plaza 10 de Noviembre is a square lined with ornate colonial buildings, including the cathedral. 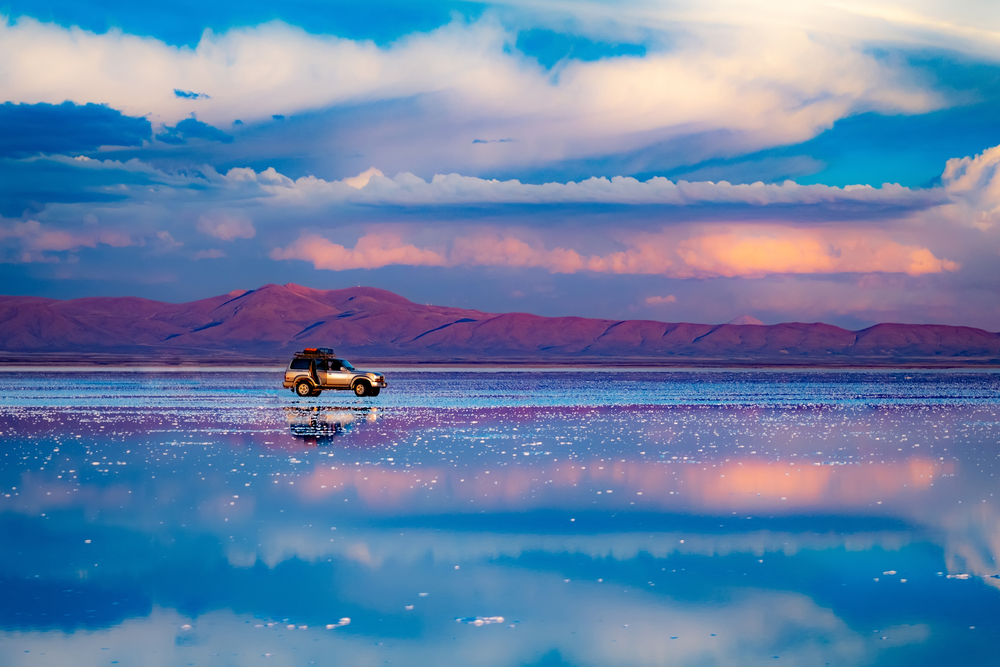 Salar de Uyuni, amid the Andes in southwest Bolivia, is the world’s largest salt flat. It’s the legacy of a prehistoric lake that went dry, leaving behind a desertlike, nearly 11,000-sq.-km. landscape of bright-white salt, rock formations and cacti-studded islands. Its otherworldly expanse can be observed from central Incahuasi Island. Though wildlife is rare in this unique ecosystem, it harbours many pink flamingos. 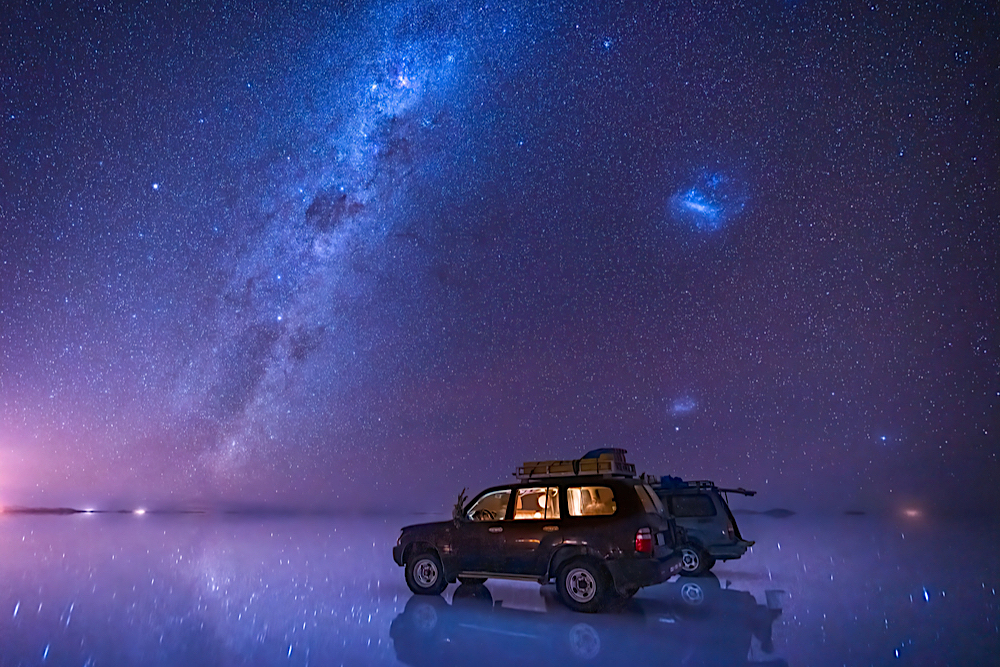 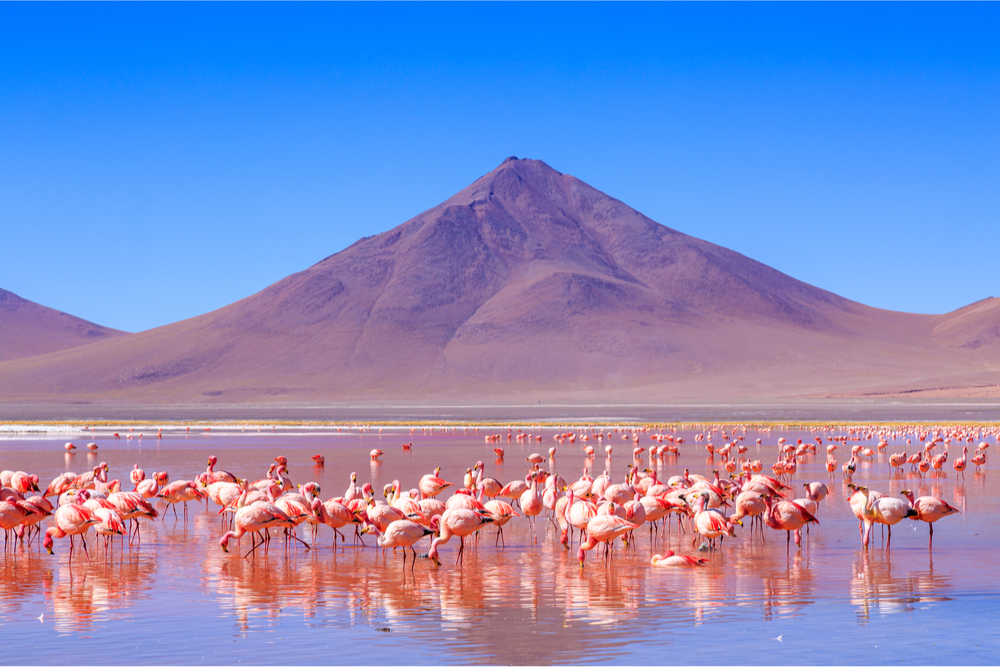 Laguna Colorada (Red Lagoon) is a shallow salt lake in the southwest of the altiplano of Bolivia, within Eduardo Avaroa Andean Fauna National Reserve and close to the border with Chile. The lake contains borax islands, whose white colour contrasts with the reddish colour of its waters, which is caused by red sediments and pigmentation of some algae. 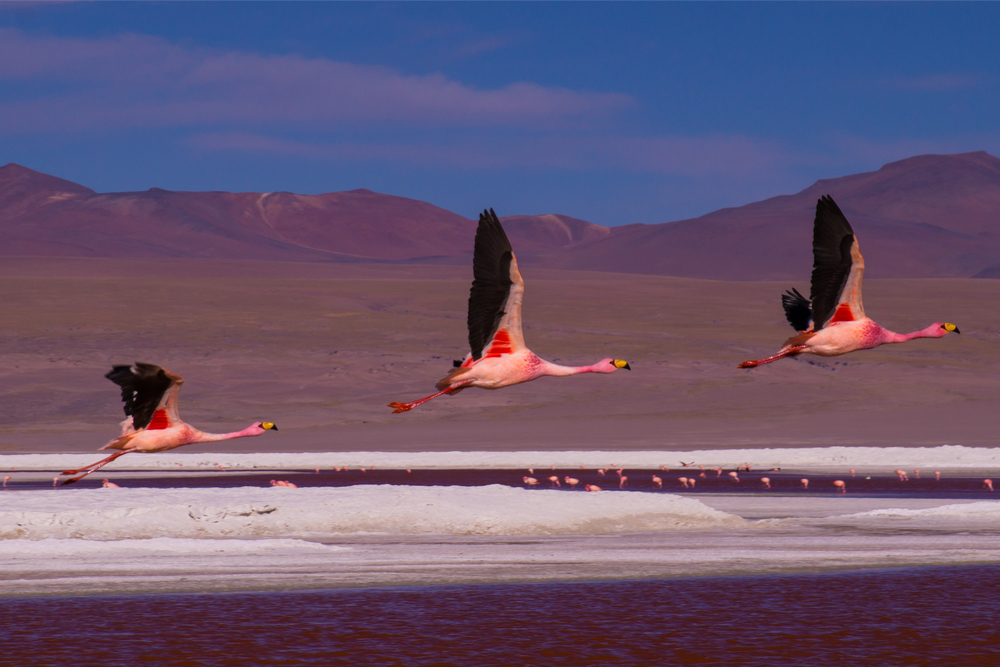 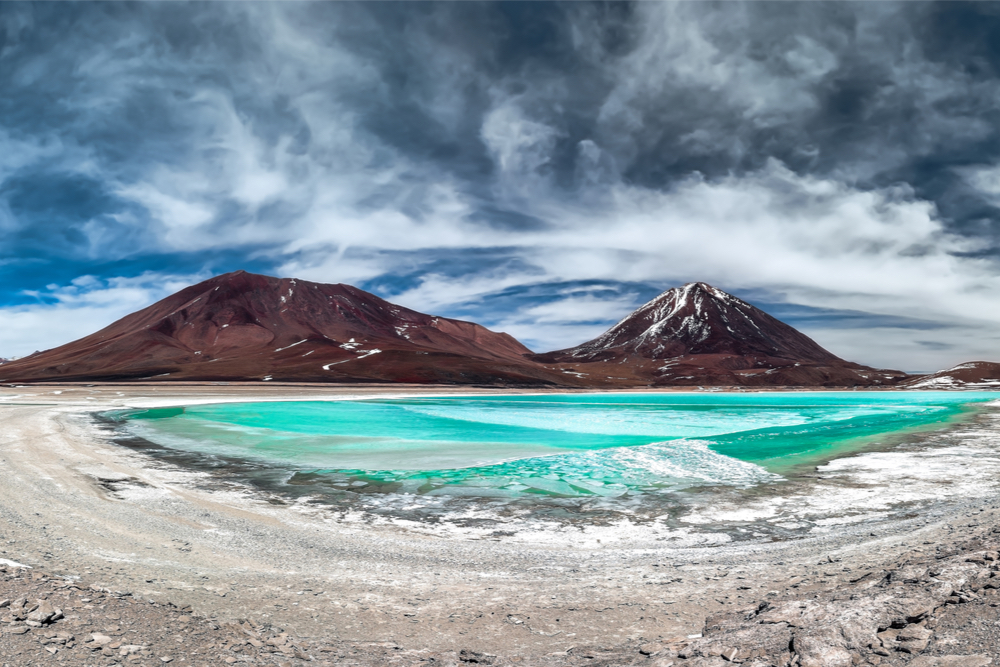 Laguna Verde is a high-altitude salt lake in southwest Bolivia, known for its green colour. It sits at the foot of 2 volcanoes, Licancabur and Juriques, which straddle the border with Chile. Laguna Blanca, white in colour, is separated from Laguna Verde by a narrow isthmus. The surrounding Eduardo Avaroa National Reserve of Andean Fauna features hot springs plus vicuñas, condors and several species of flamingo. 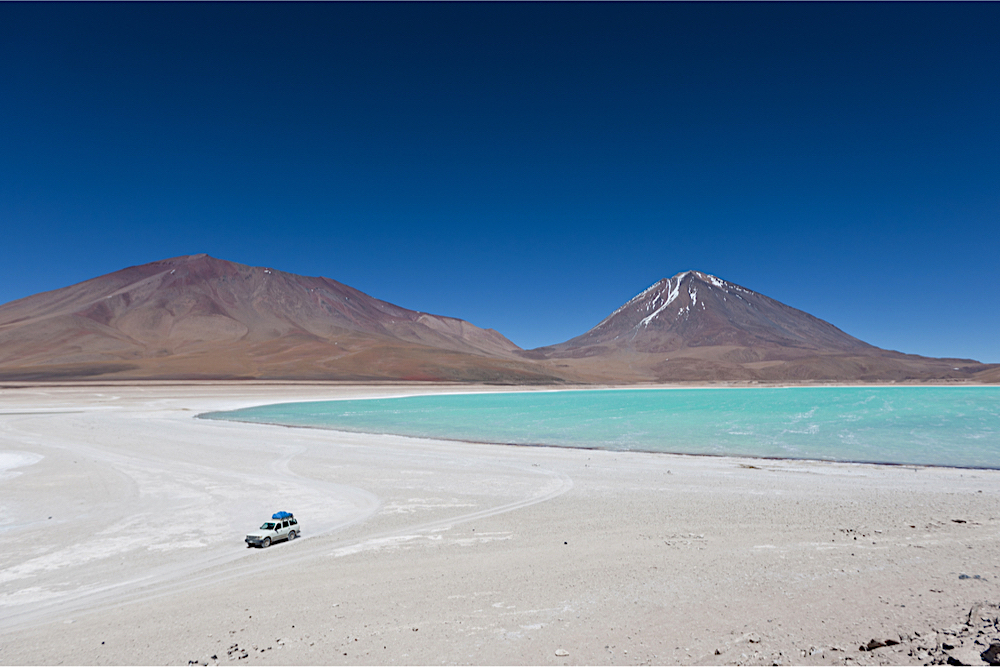 WHEN TO GO: May-October is the best time to visit Bolivia, as the dry weather brings sapphire skies and less travel disruption. This is the Bolivian winter, though, so the highlands will be cold – and well below freezing in the desert at night, particularly in June-July.

VISAS: Many nationalities require a visa to enter Bolivia. The visa requirements for each individual depends on the nationality on the passport under which you will be travelling. Some visas are free, others require payment. Some can be obtained upon arrival to the Bolivian border. Others must be obtained in advance. It is critical to research your visa requirements before travel and apply for your Bolivia visa within the necessary timelines.

CURRENCY: The boliviano is the currency of Bolivia. It is divided into 100 cents or centavos in Spanish.

LANGUAGE: Spanish and 36 indigenous languages are official in Bolivia per the 2009 constitution. Many locals, particularly in the cities, market towns, and new colonies, speak or understand Spanish.

HOW TO GET AROUND: Air travel is the quickest and most reliable way to reach out-of-the-way places and it’s reasonably inexpensive. The most popular form of transport is by bus. It can however be uncomfortable and at times nerve-racking, but it’s cheap and relatively safe. The trains are much slower. Tours are a popular and hassle-free way to get to remote locations like the Uyuni Salt Flats.