Explore a dozen delightful towns in the Riviera di Levante

Liguria is a crescent-shaped region in northwest Italy. Its Mediterranean coastline is known as the Italian Riviera. The 5 colourful fishing villages of the Cinque Terre, as well as stylish Portofino and Santa Margherita Ligure, are on the eastern coast or Riviera di Levante (Coast of the Rising Sun). The western coast, the Riviera di Ponente (Coast of the Setting Sun), is home to Sanremo, a vintage resort with a turn-of-the-century casino and a flower-filled promenade. In the first blog we explore the Genoa Province on the Riviera di Levante from Arenzano in the west to Moneglia in the east: 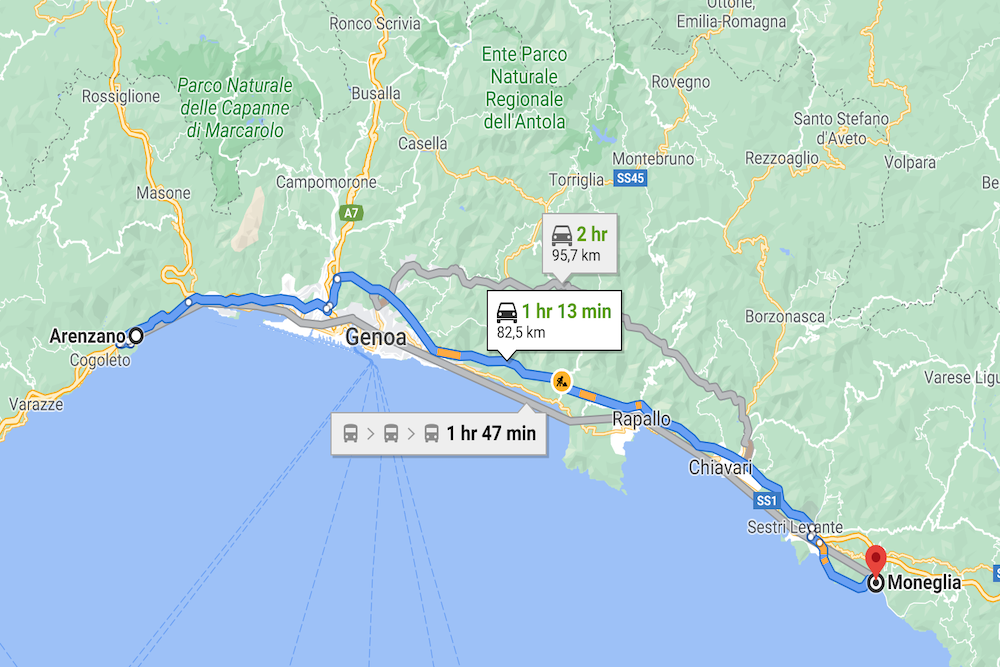 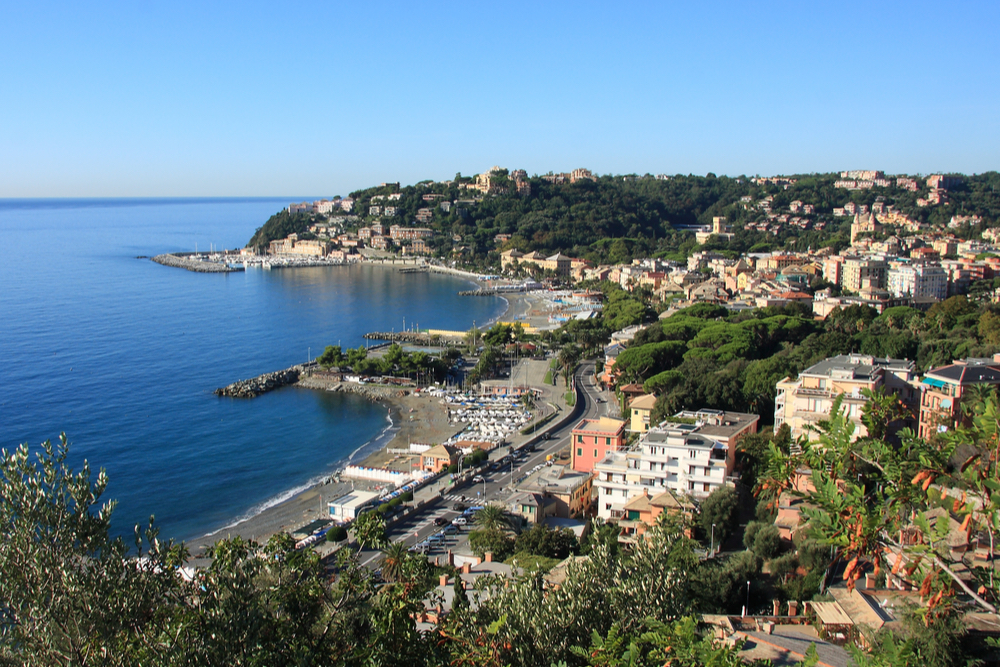 Start your exploration of the Riviera di Levante in the west in the relaxed coastal town of Arenzano. 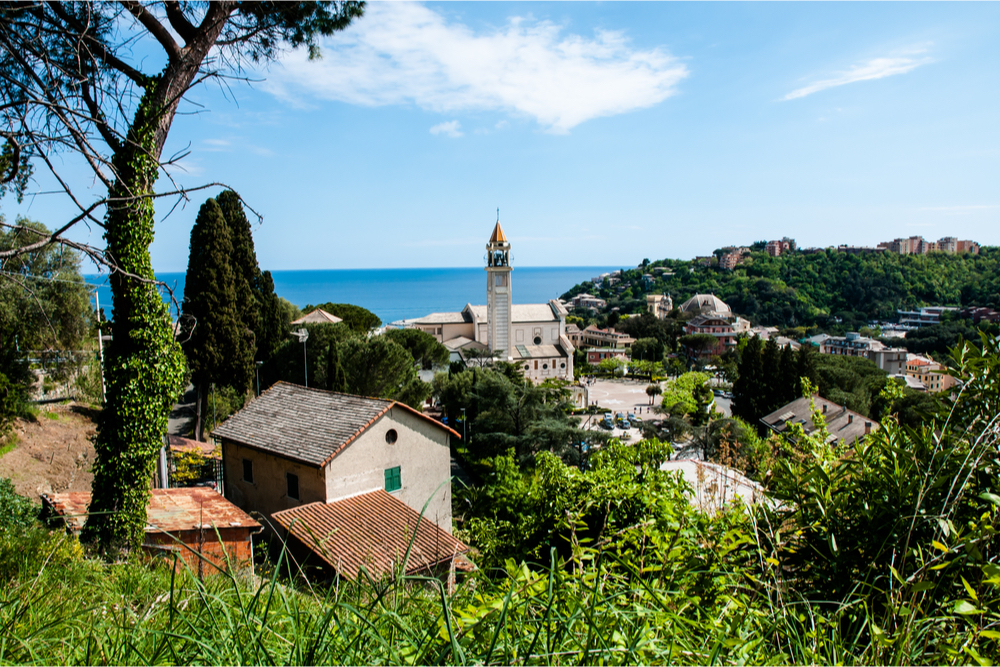 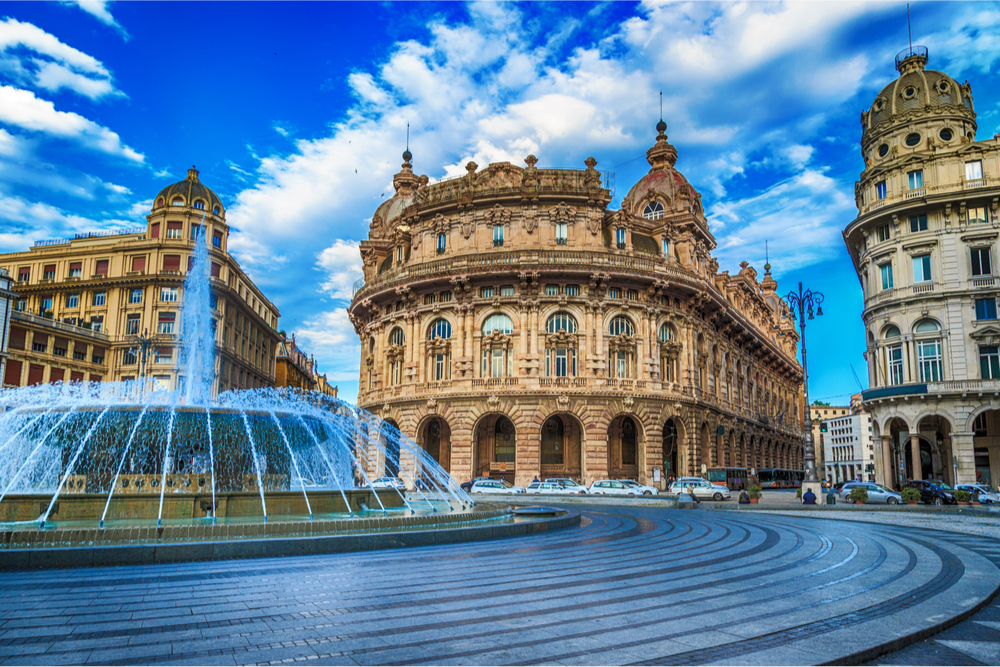 Genoa (Genova) is a port city and the capital of northwest Italy's Liguria region. It's known for its central role in maritime trade over many centuries. In the old town stands the Romanesque Cathedral of San Lorenzo, with its black-and-white-striped facade and frescoed interior. Narrow lanes open onto monumental squares like Piazza de Ferrari, site of an iconic bronze fountain and Teatro Carlo Felice opera house. 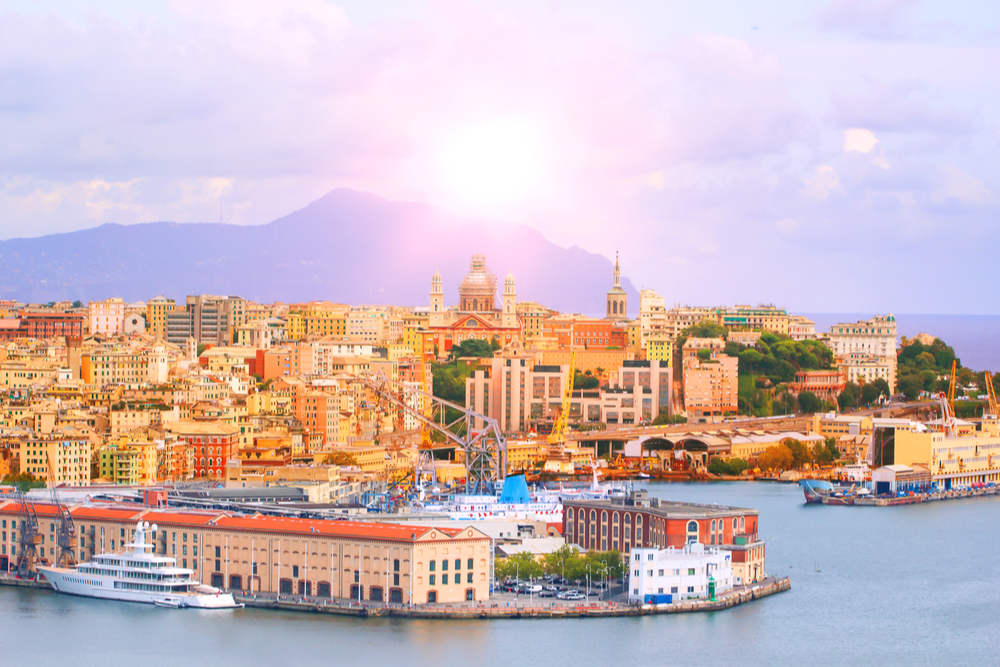 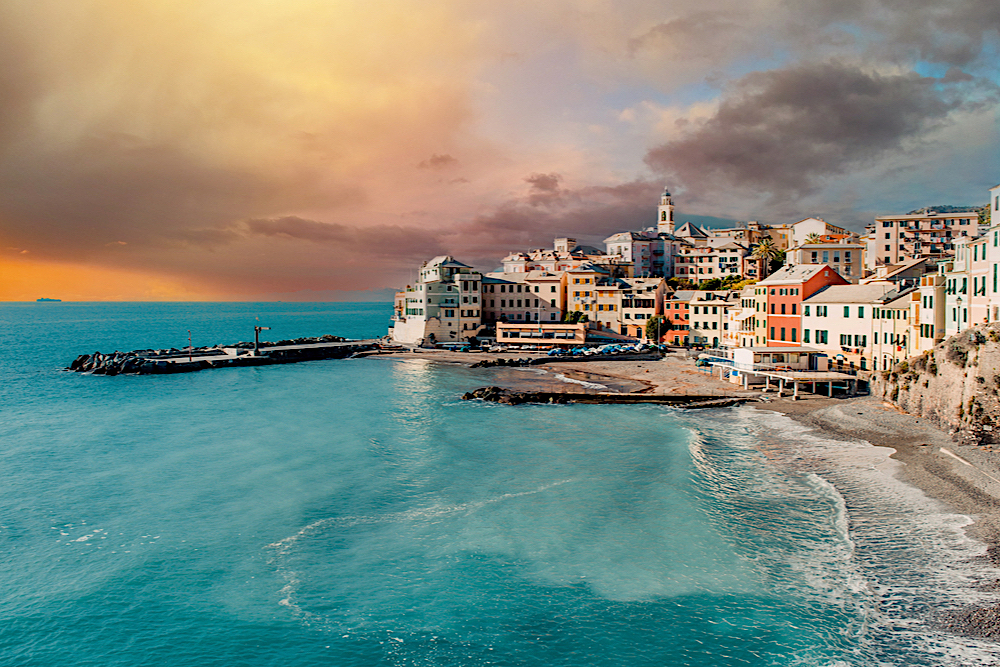 The commune of Bogliasco is located about 11 kilometres southeast of Genoa. Together with the comuni of Camogli, Recco, Pieve Ligure and Sori, it is part of the Golfo Paradiso. 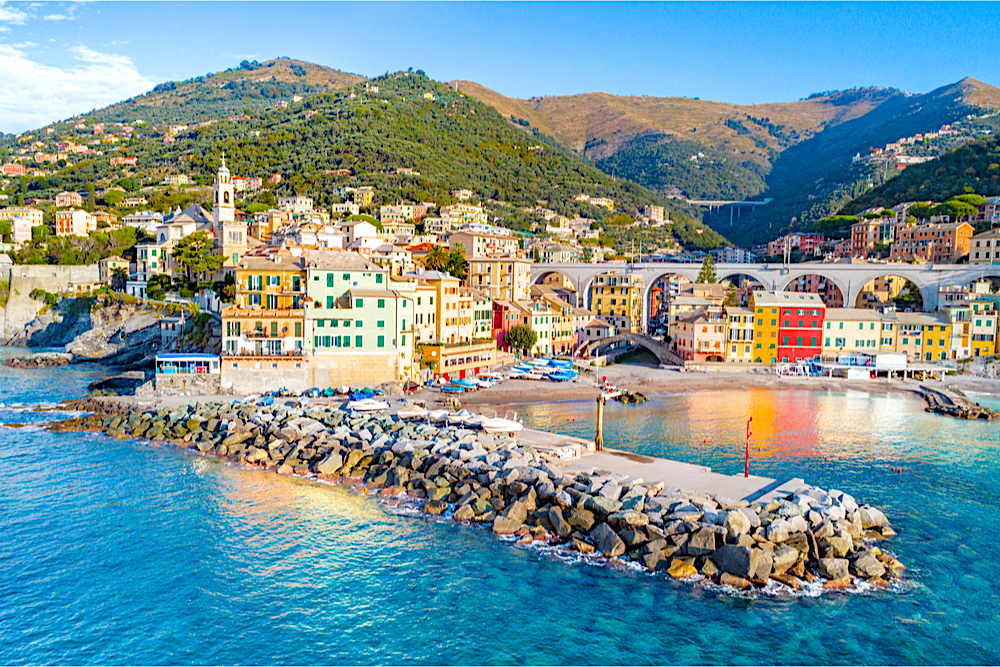 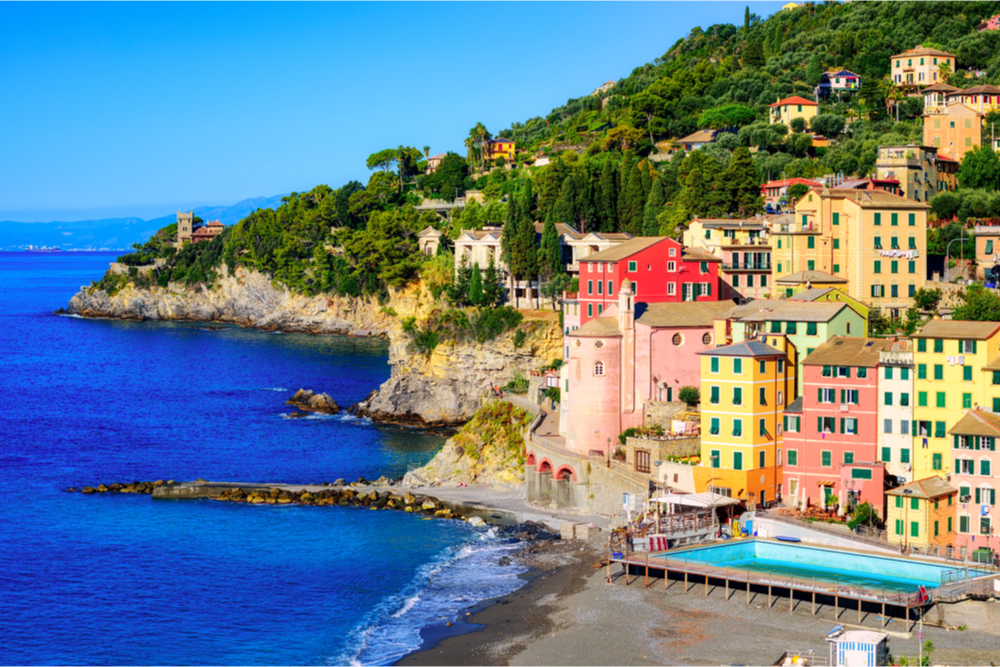 The seaside town and resort of Sori is situated about 20 kilometres to the south-east of Genoa and a similar distance west of Portofino and Rapallo. Its economy is based on tourism and production of olives. 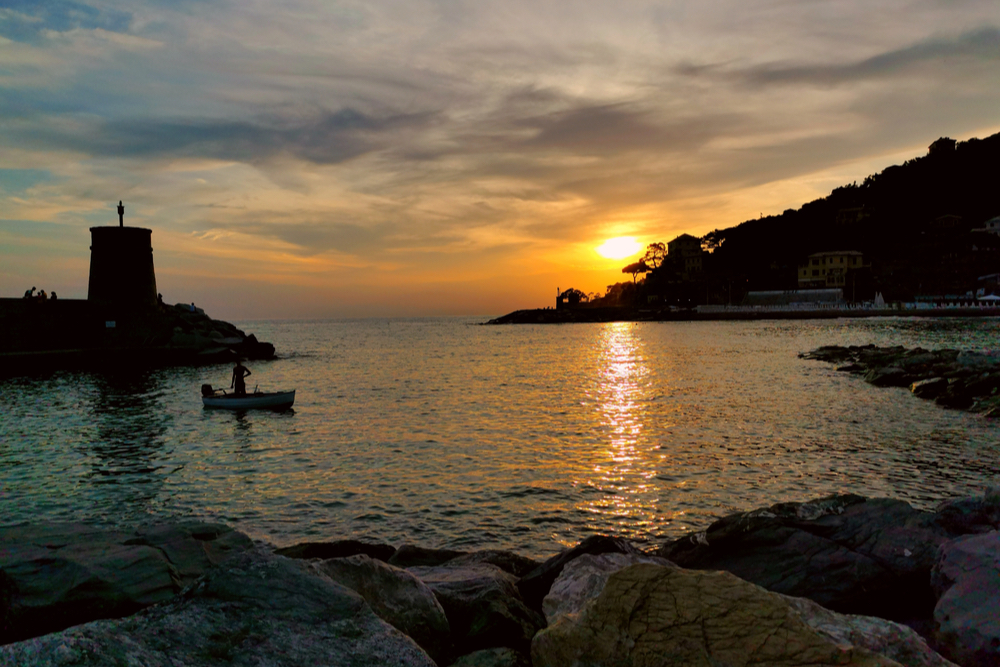 Recco has pre-Roman roots as the home of the Casmoriti people, a Liguri tribe. The Romans conquered and called it Recina, situated on the ancient Via Aurelia. The Lombards invaded in 568 and it was part of the Republic of Genova from the 12th century. It is known for its focaccia con il formaggio which is made with stracchino. 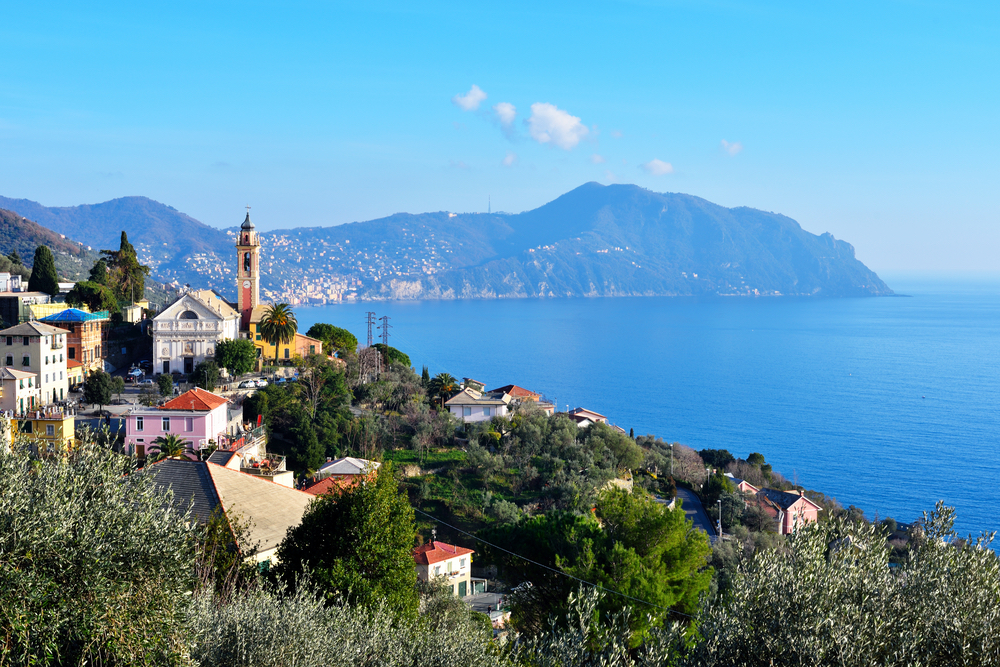 Pieve Ligure is located about 13 kilometres southeast of Genoa. The pieve of St. Michael Archangel, from which the town takes its name, has been rebuilt in Baroque style in the 18th century and houses works by Perin del Vaga e Luigi Morgari. 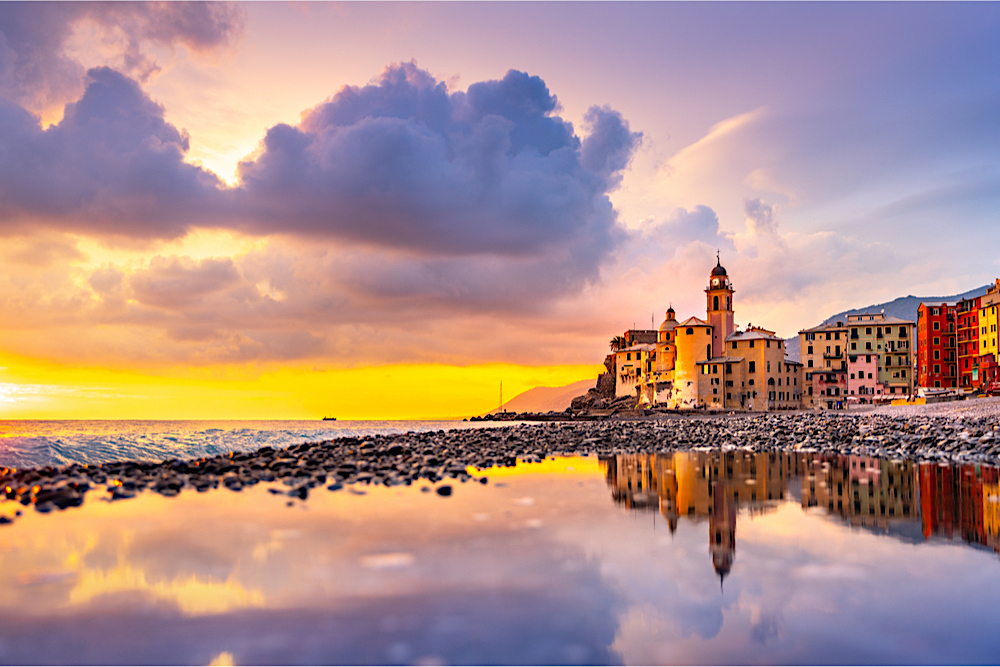 The magnificent fishing village of Camogli is located on the west side of the peninsula of Portofino, on the Golfo Paradiso in the Riviera di Levante. The name Camogli, roughly translated, means either houses packed closely together or houses of wives – the latter meaning probably refers to the wives of the fishermen who made their living in the village while their husbands were at sea. 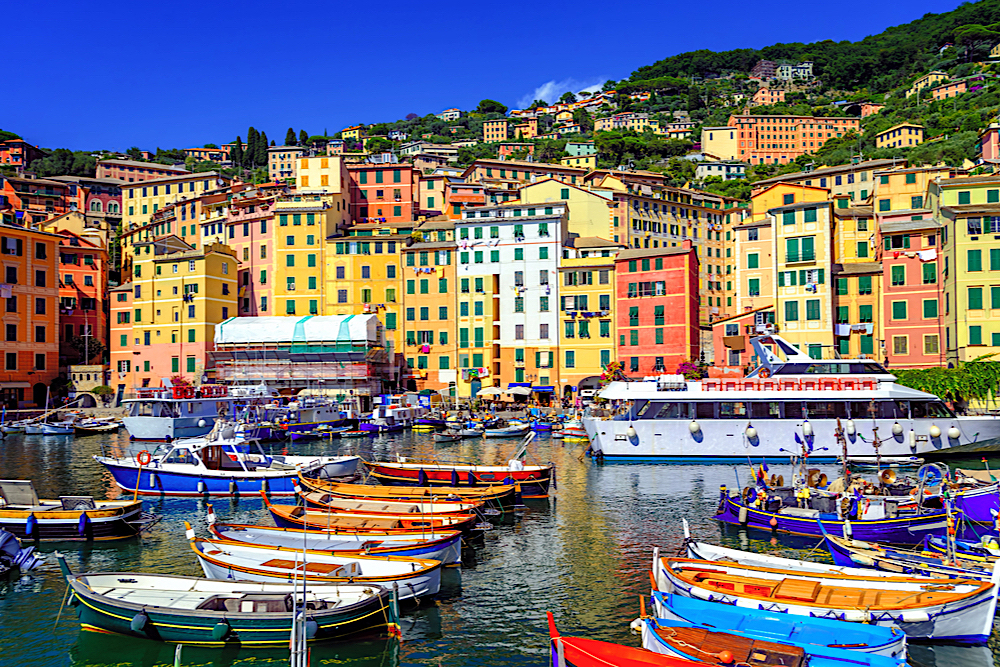 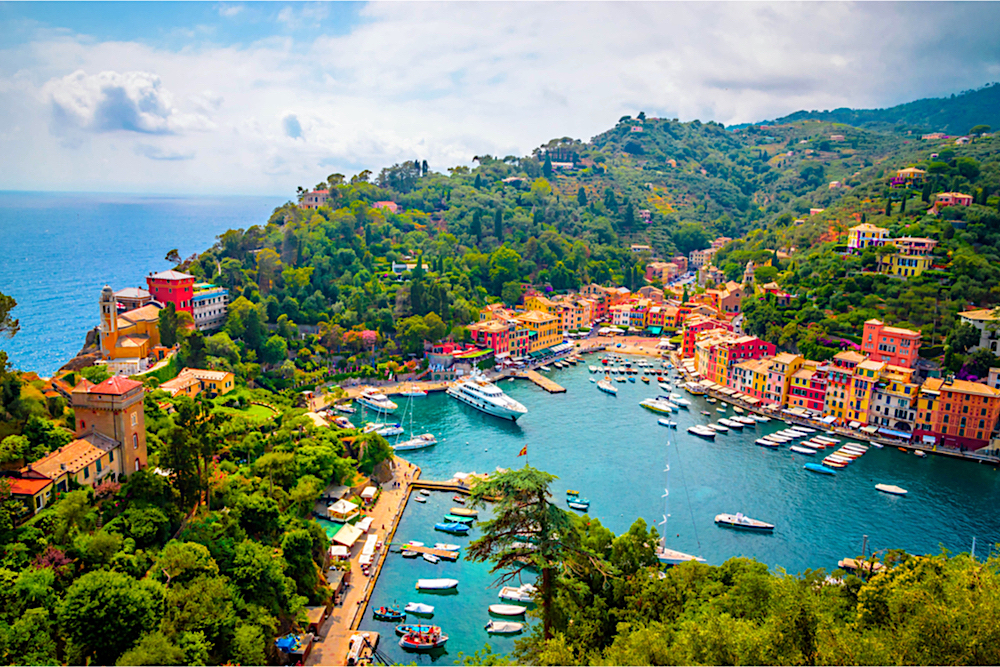 Portofino is a postcard-pretty fishing village southeast of Genoa city. Pastel-colored houses, high-end boutiques and seafood restaurants fringe its Piazzetta, a small cobbled square overlooking the harbor, which is lined with super-yachts. A path leads from the Piazzetta to Castello Brown, a 16th-century fortress and museum with art exhibitions and panoramic views of the town and the Ligurian Sea. 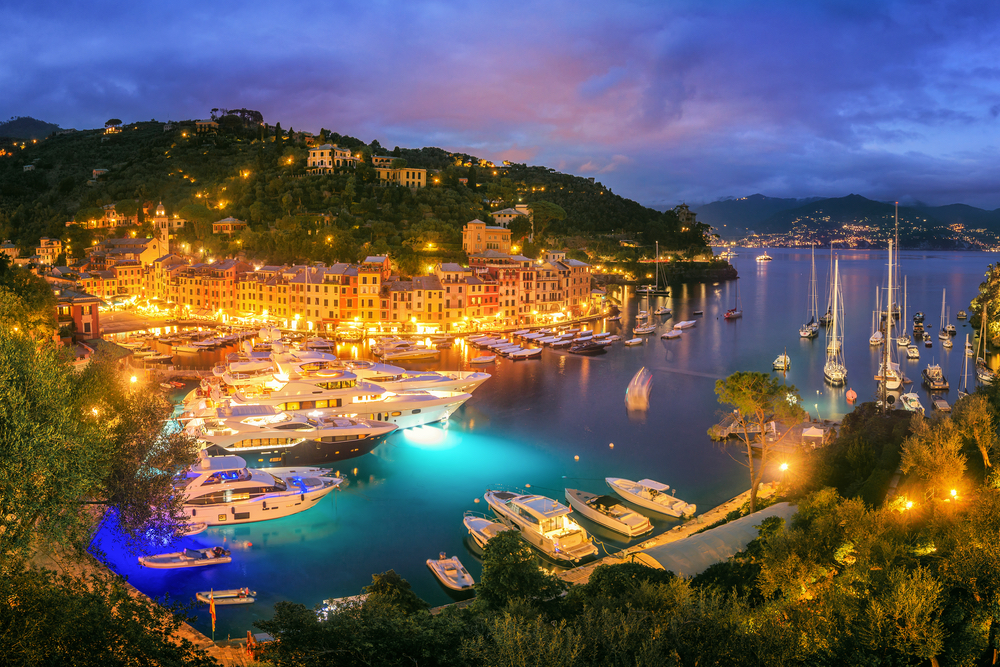 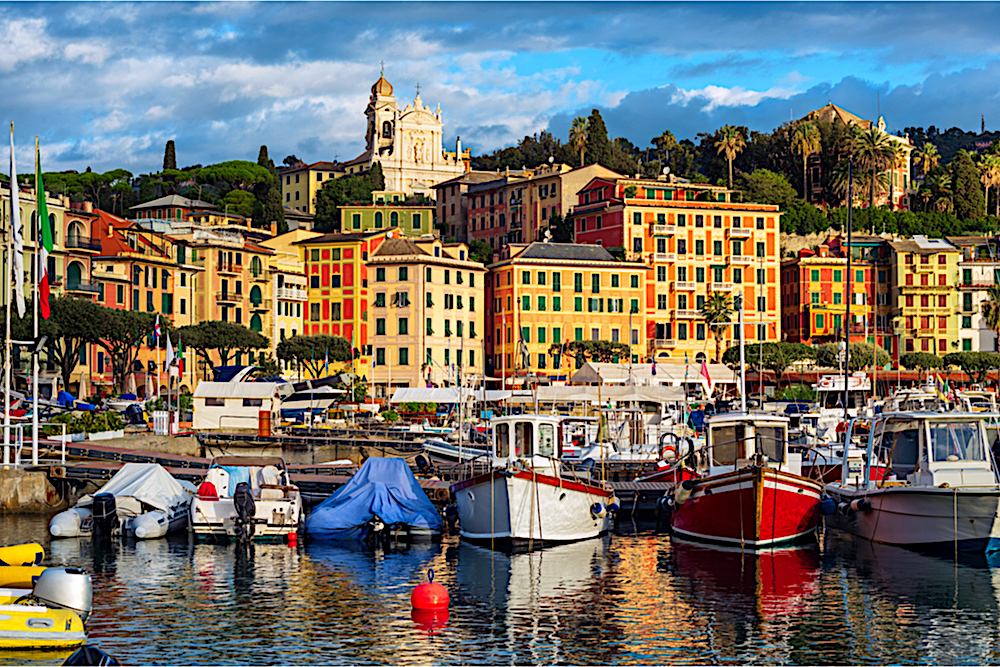 Santa Margherita Ligure is a comune located about 35 kilometres southeast of Genoa, in the area traditionally known as Tigullio. It has a port, used for both tourism and fishing activities. Under Napoleon's reign it became part of Porto Napoleone in 1813 and renamed Santa Margherita Ligure. It was annexed to the Kingdom of Sardinia until it was absorbed under the unification of Italy. 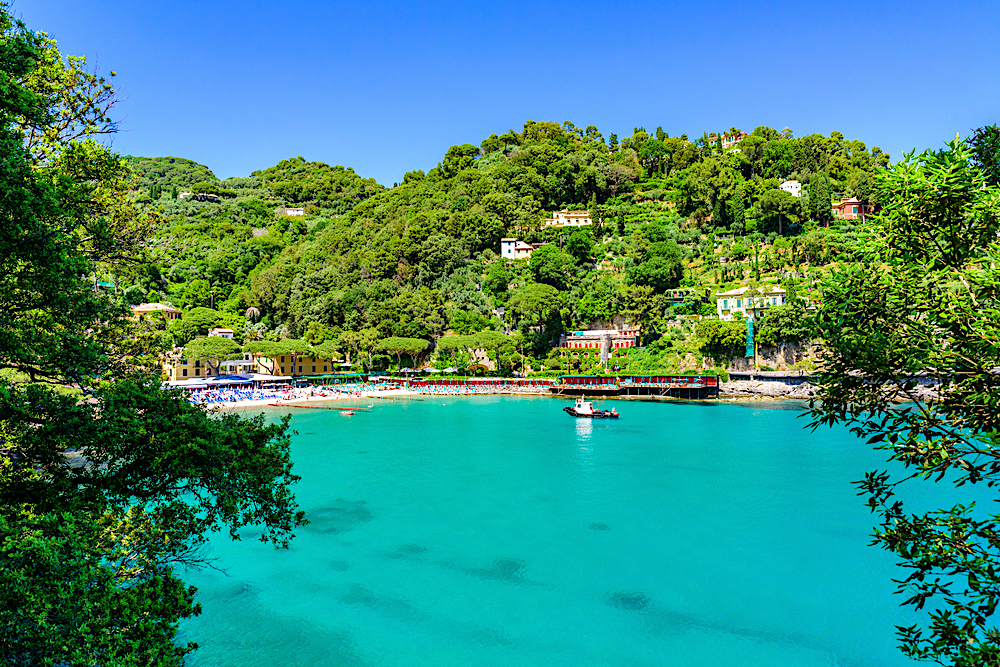 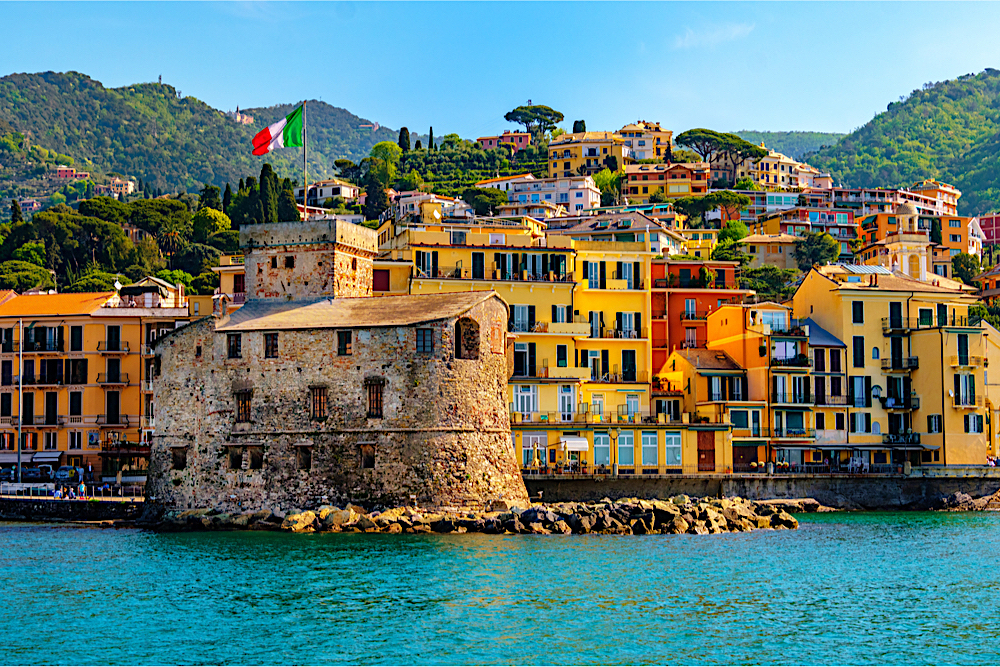 Colourful Rapallo lies on the on the Tigullio Gulf between Portofino and Chiavari, 25 kilometers east-south east of Genoa. It’s known for the hilltop Sanctuary of Our Lady of Montallegro, a pilgrimage site with sea views. The Castello di Rapallo, a 16th-century fortress, sits on the waterfront. Southwest, near Portofino village, 10th-century San Fruttuoso Abbey sits in a small cove. Nearby, the Portofino Protected Marine Area includes the underwater Christ of the Abyss bronze statue. 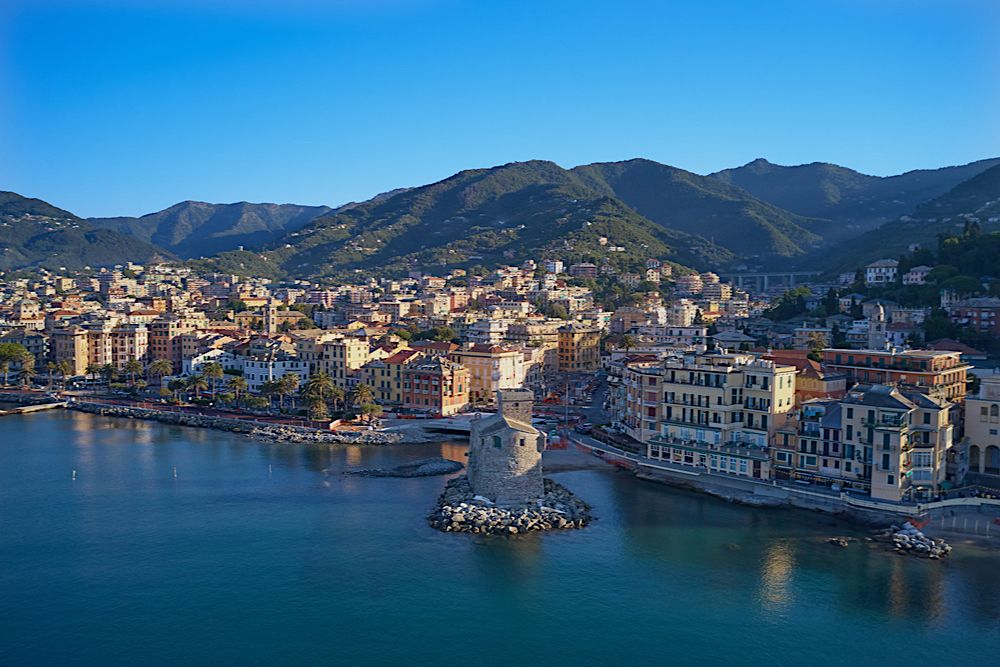 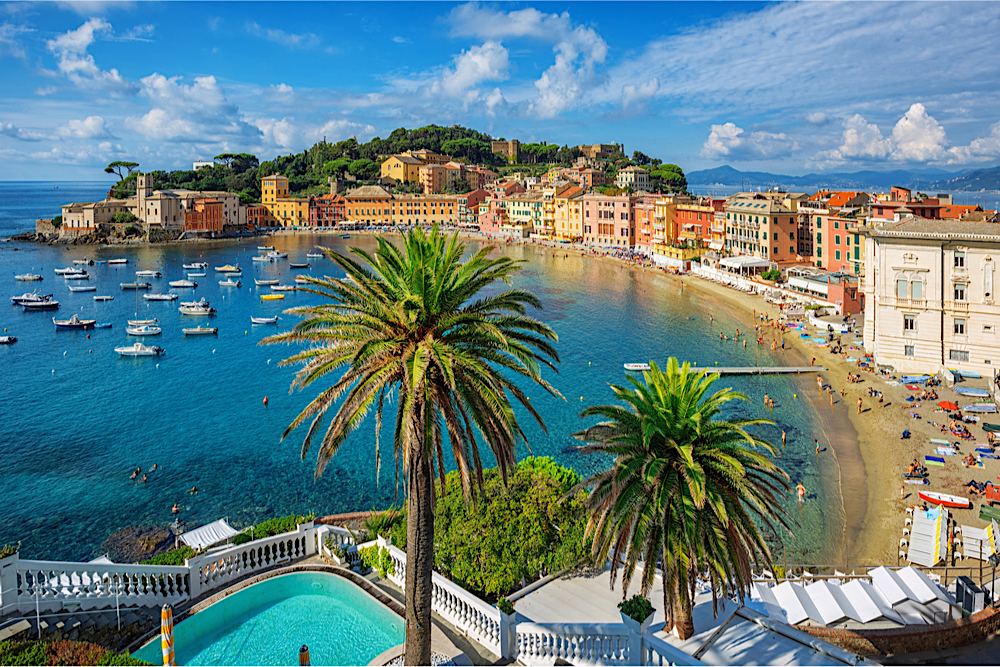 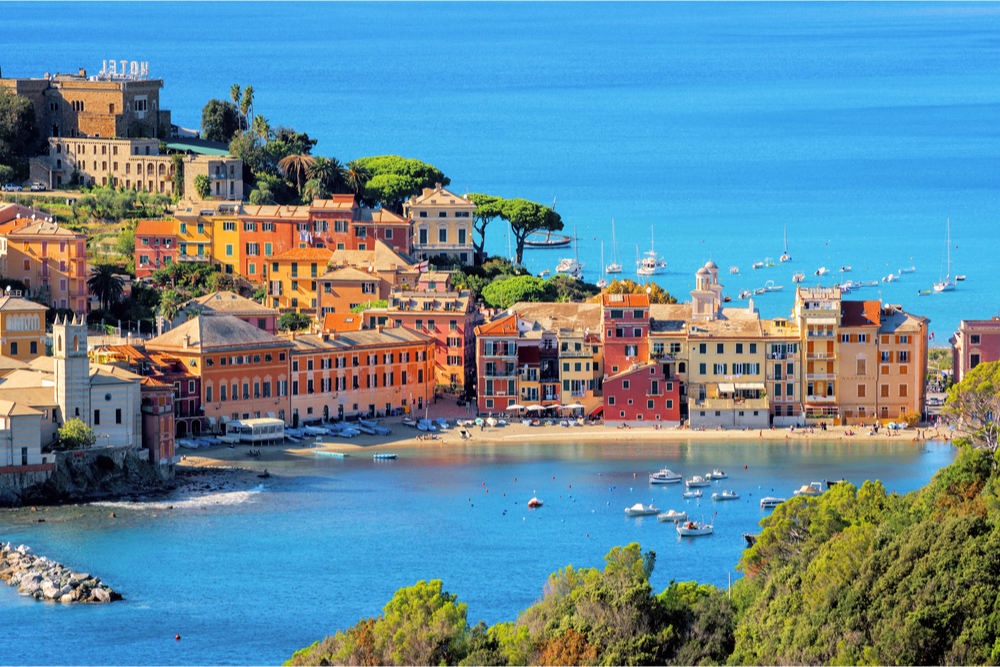 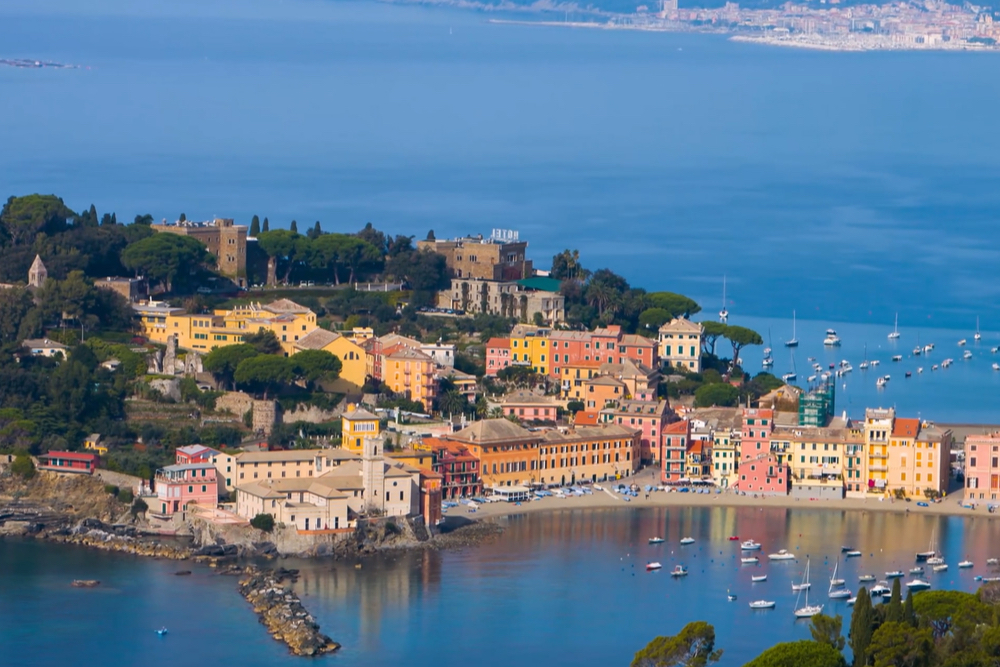 Moneglia is situated about 50 kilometres southeast of Genoa. In 2012 it was added to the list of I borghi più belli d’Italia. The village is located inside a large bay bounded by two capes, both rich in Mediterranean vegetation: Punta Moneglia in the west and Punta Rospo in the east. 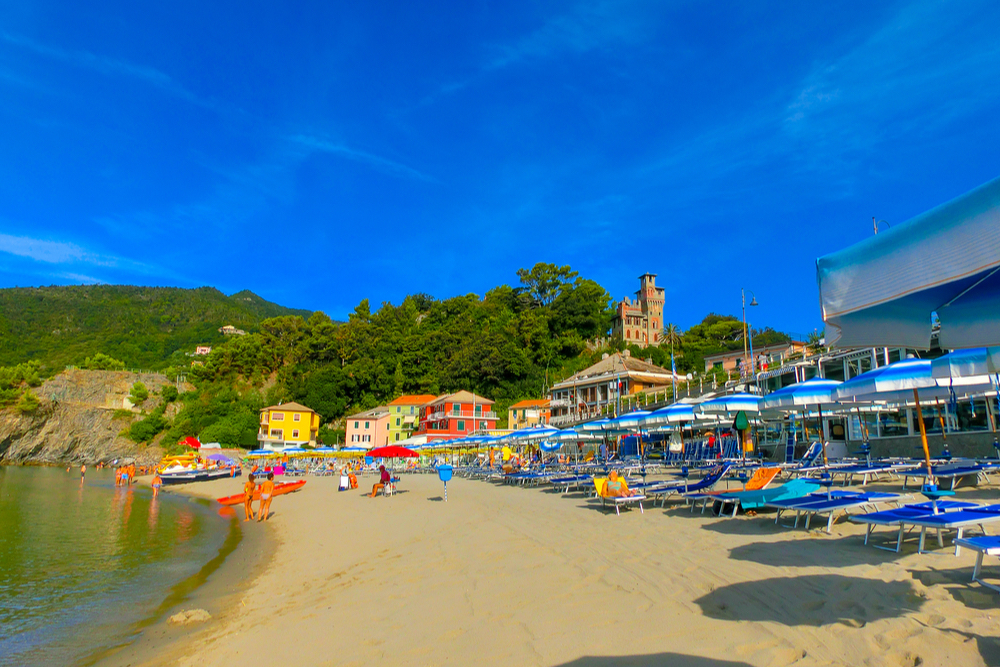 WHAT TO EAT IN LIGURIA: FRITTO MISO DI PESCE 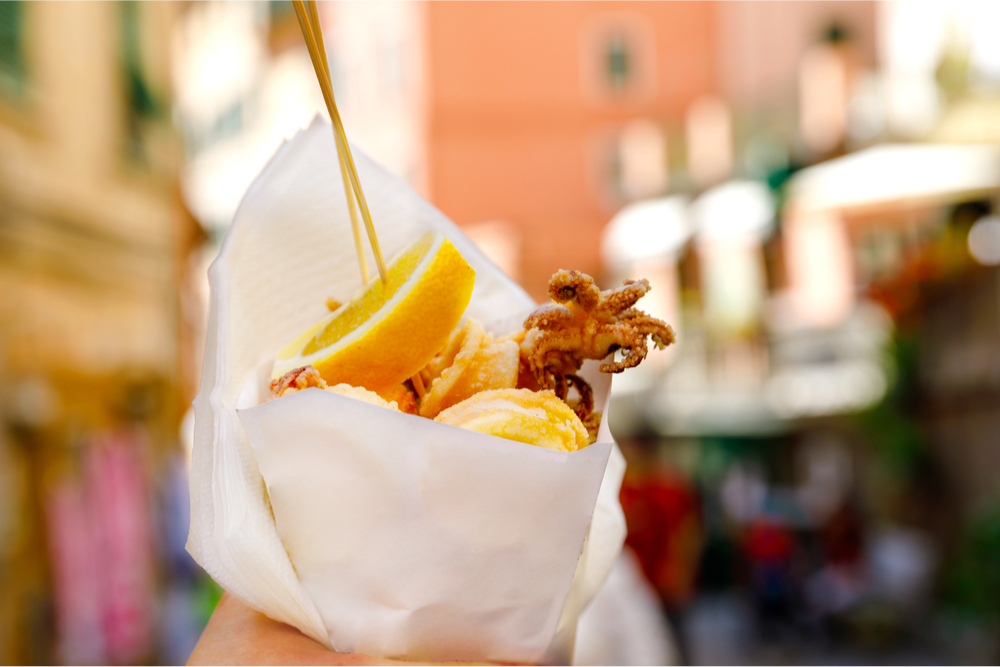 Mixed fried fish is a timeless classic of Italian cuisine, it knows no seasons: fried fish is always good! Shrimp, mullet, squid and anchovies - a riot of flavors! 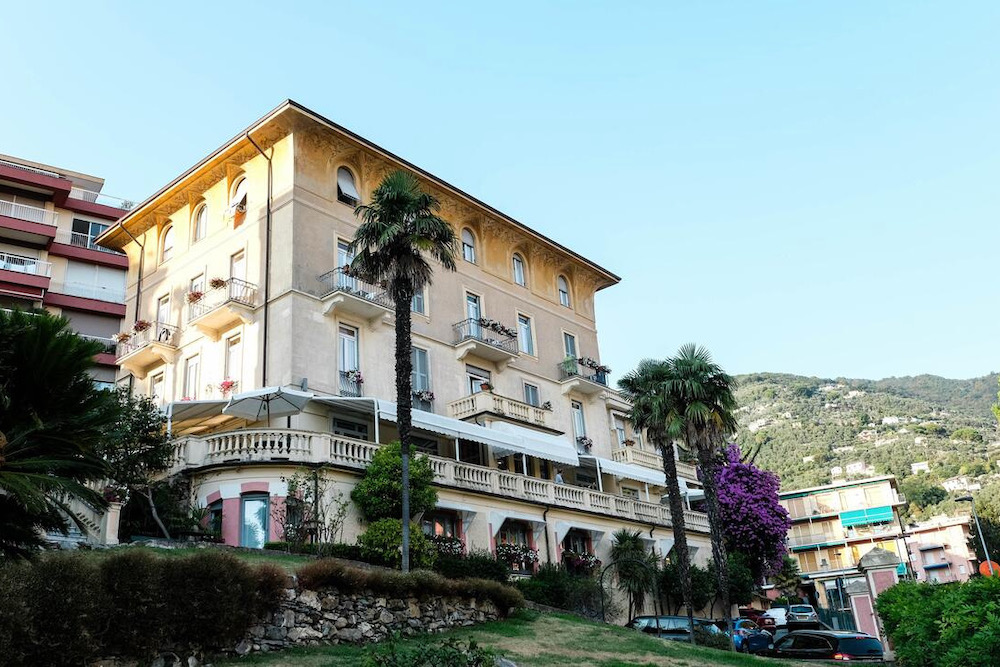 The Hotel Canali, a splendid Art Nouveau building built in 1929, is located in a residential area in Rapallo between the blue of the sea and the green hills of the Ligurian Riviera, a strategic position to visit the Cinque Terre, Portofino, Genoa and beyond. 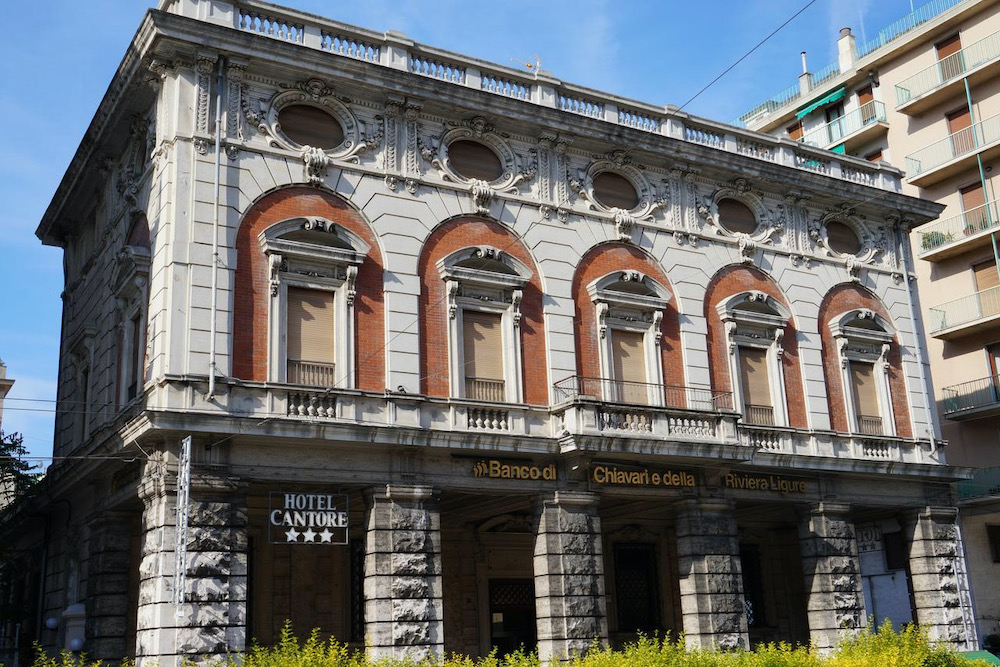 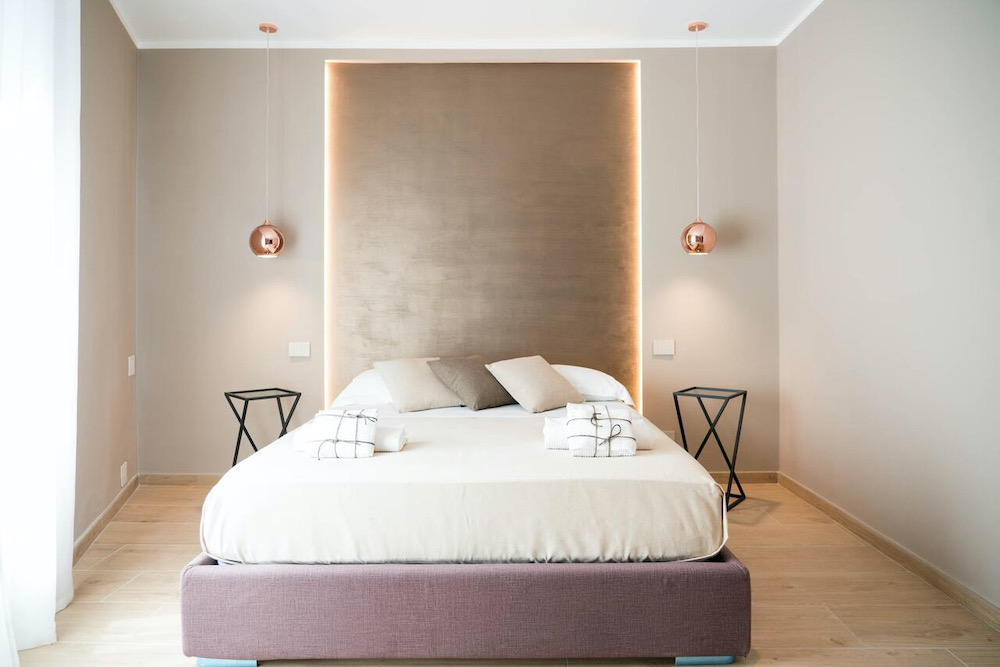 Teseo Rooms & Relax want to present you an experience, more than an usual bed & breakfast where sleep in the historical city center of Genoa. Teseo was born from their idea of hospitality that includes the bed&breakfast and a unique accommodation in the heart of the historical center, in a labirinth of narrow streets, known as "Caruggi". 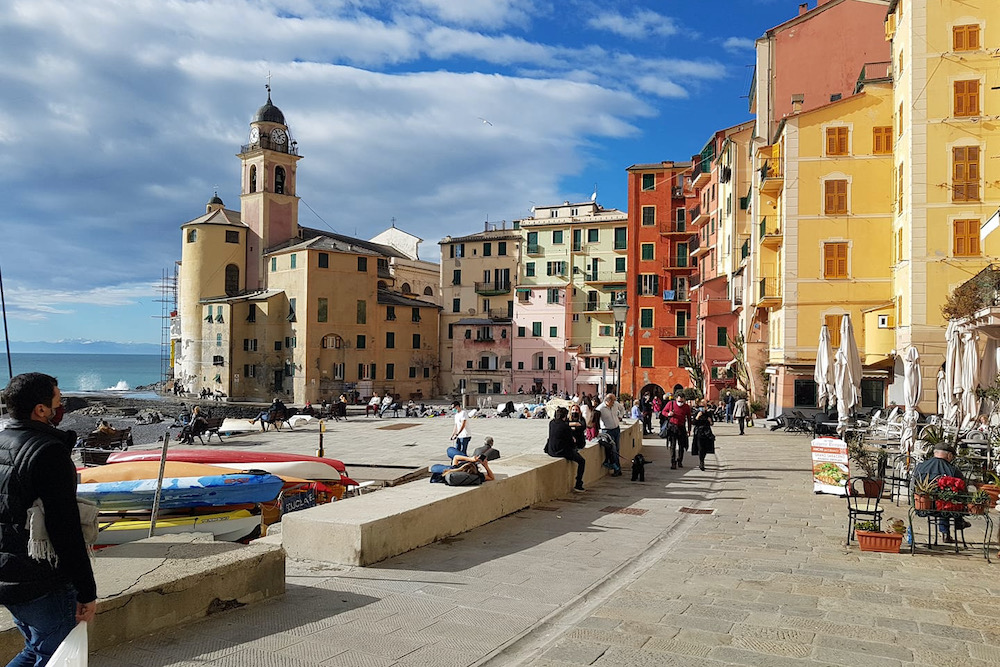 Book your trip of a lifetime on the Italian Riviera - boutique trips & experiences for those who love to travel deeper - click on the link for more details & to book directly at the best price. 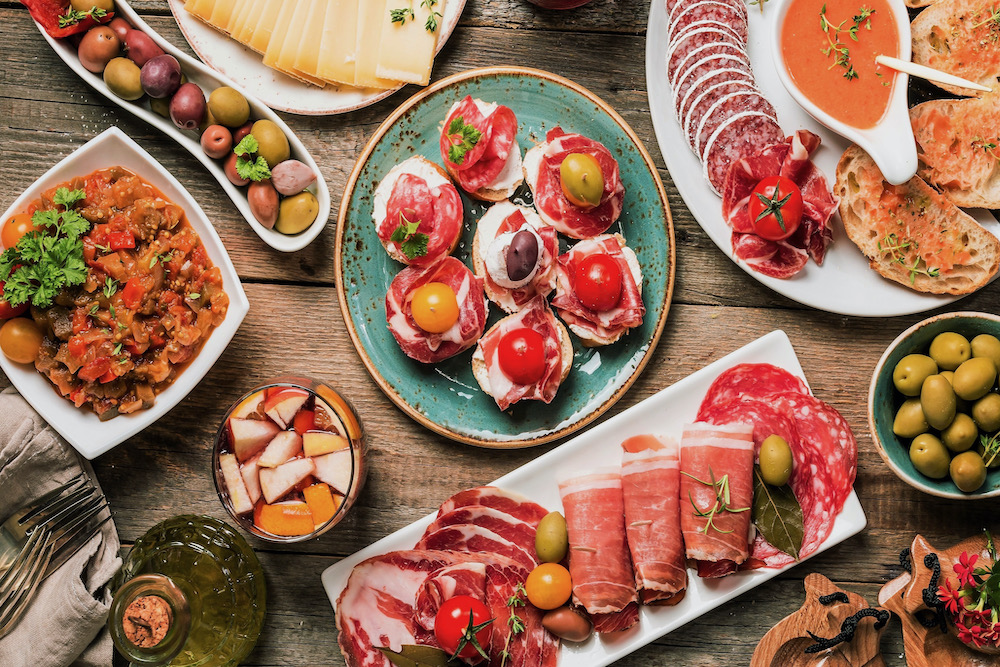 Experience a traditional, street or gourmet food tour or a cooking class with tasting in Genova. Followed up by a Ligurian Riviera food or happy hour tour or a pasta & pesto cooking experience in Rapallo!

PLAY AT SOUL OF GENOA TOURS 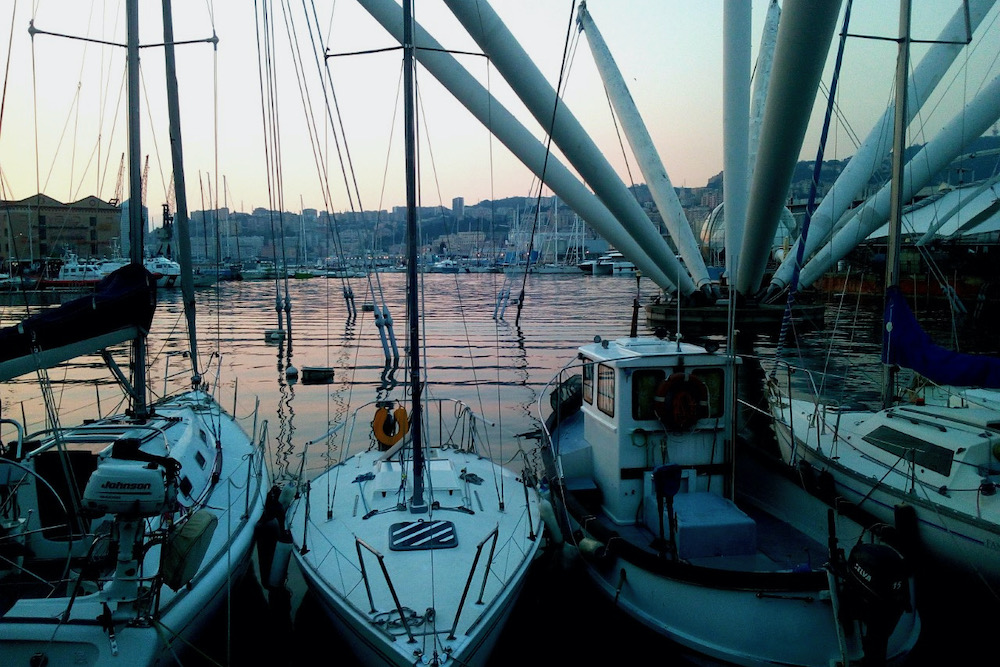 Soul of Genoa was founded in 2016 with the aim of creating experiential tours of the city of Genoa, based on criteria of originality and authenticity. Their team is made up of licensed tour leaders and tour guides who share their passions and interests with travellers and tourists to make them feel part of the local culture.

WHEN TO GO: The coast is packed in July and August; if you can, visit in spring or autumn, when the towns are quieter. Even from November to March, the Italian Riviera usually has a mild climate: temperatures rarely goes under 10 degrees and there are many sunny days.

HOW TO GET AROUND: Rent a car and explore every stunning village of the Riviera  di Levante on your travelwishlist!