Continue your Canadian adventure from Ottawa to Toronto 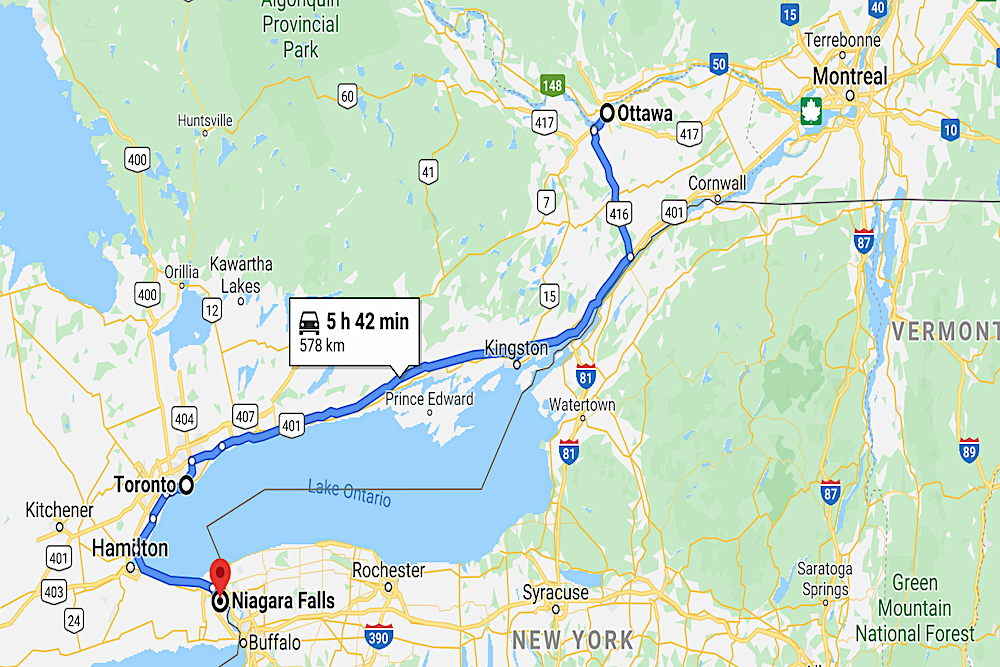 Toronto, the capital of the province of Ontario, is a major Canadian city along Lake Ontario’s northwestern shore. It's a dynamic metropolis with a core of soaring skyscrapers, all dwarfed by the iconic, free-standing CN Tower. Toronto also has many green spaces, from the orderly oval of Queen’s Park to 400-acre High Park and its trails, sports facilities and zoo. Discover 15 fabulous experiences in Toronto (click on the links for more details): 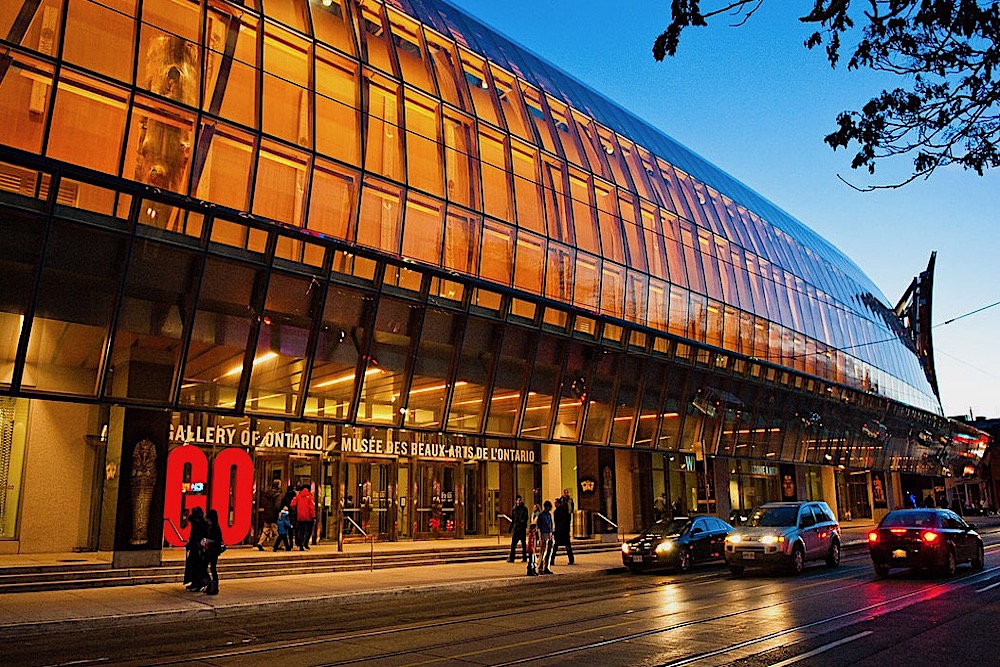 With a collection of more than 90000 works of art, the Art Gallery of Ontario is among the most distinguished art museums in North America. The museum is located in the Grange Park neighbourhood of downtown Toronto, on Dundas Street West between McCaul and Beverley Streets. 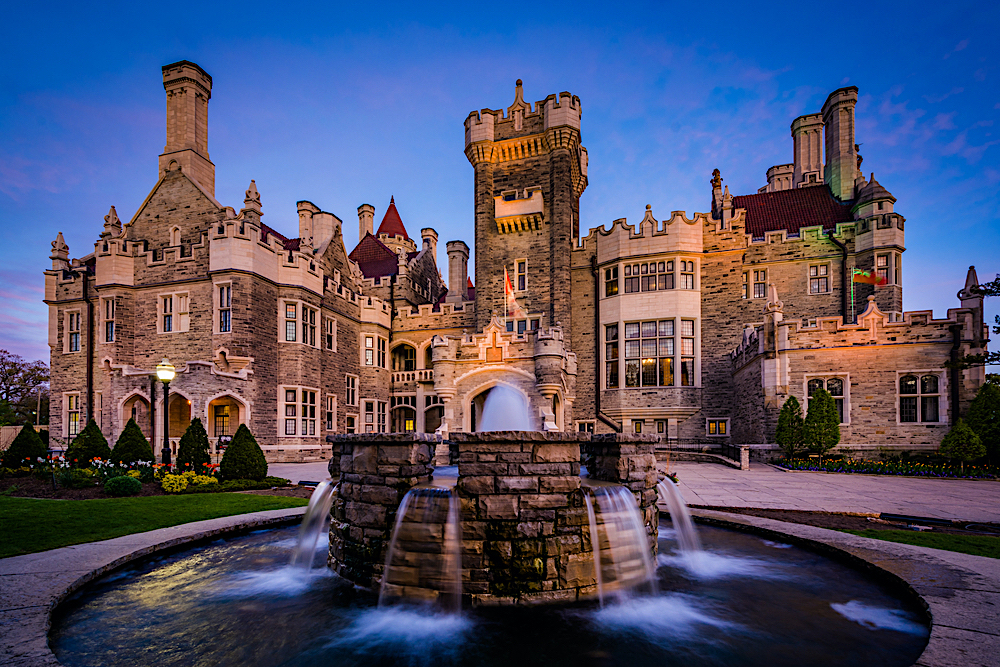 Casa Loma is a Gothic Revival style mansion and garden in midtown Toronto, that is now a historic house museum and landmark. It was constructed from 1911 to 1914 as a residence for financier Sir Henry Pellatt. The architect was E. J. Lennox, who designed several other city landmarks. 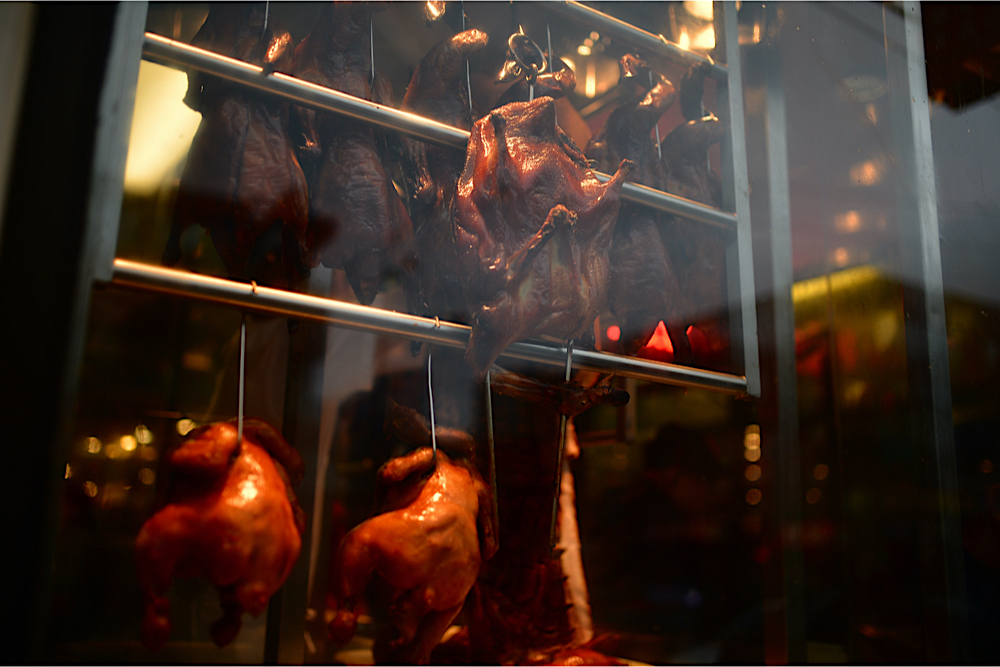 Energetic Chinatown hosts a variety of Chinese, Vietnamese, Thai and Japanese restaurants that range from dim sum and pho to modern fusion. The animated Asian open-air markets and shops along Spadina Avenue offer fresh fruits and vegetables, along with herbal medicine and souvenirs. 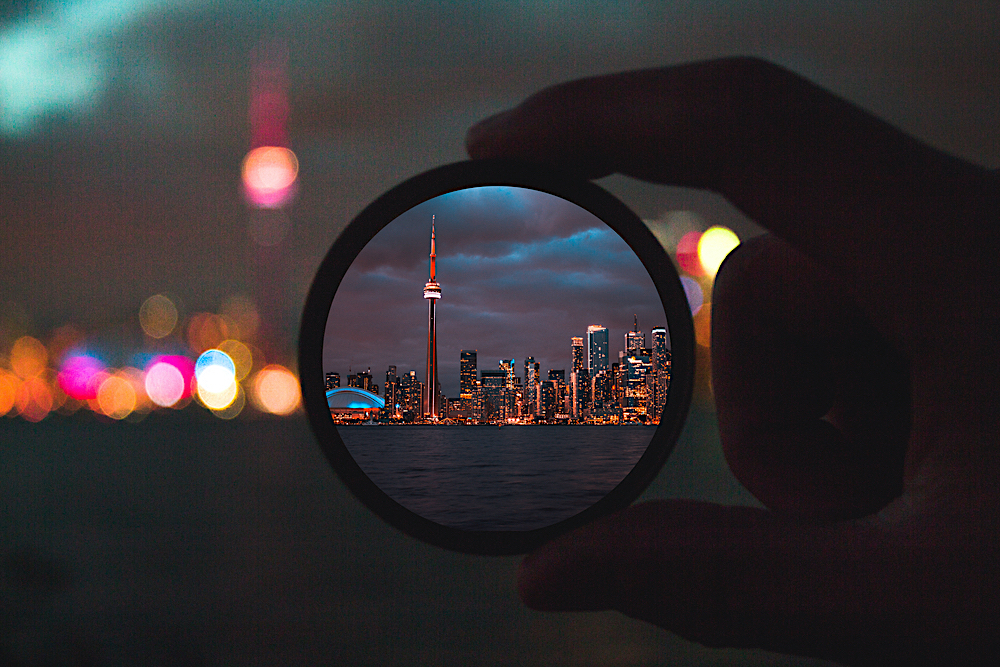 The CN Tower is a 553.3 m-high concrete communications and observation tower located in Downtown Toronto.  Built on the former Railway Lands, it was completed in 1976. Its name "CN" originally referred to Canadian National, the railway company that built the tower. 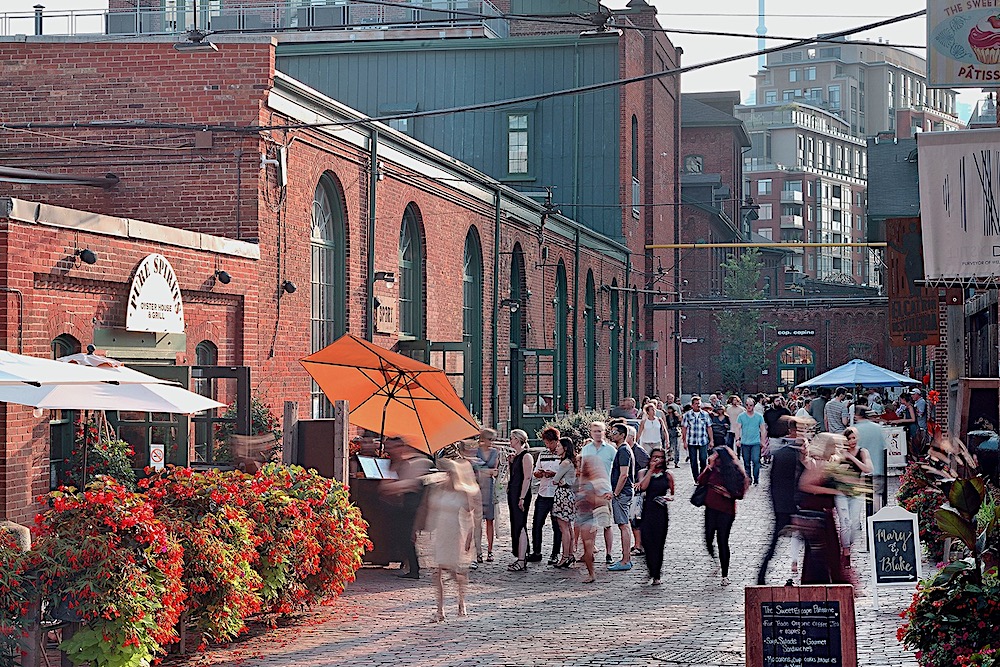 The pedestrian-only Distillery District, set in quaint 19th century buildings that once housed a large whiskey distillery, draws crowds to its cobblestone streets lined with hip indie restaurants, bars and boutiques. Art lovers come for the galleries, outdoor sculptures and dance, music and stage performances at the area's several theatres. In December, the annual Toronto Christmas Market takes over the streets. 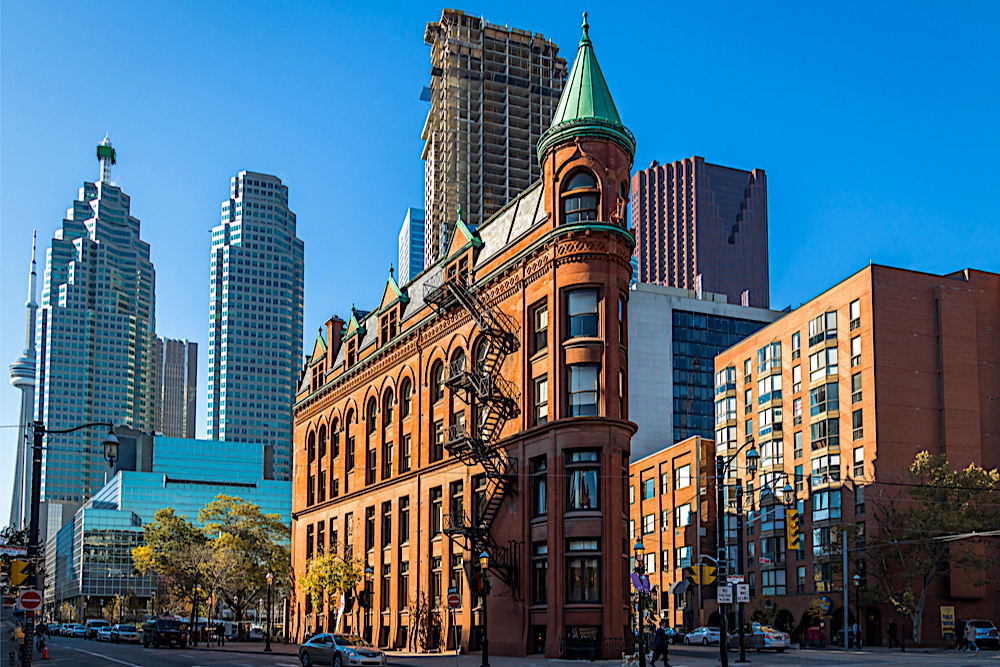 The iconic building at 49 Wellington Street East, commonly known the Gooderham Building or the Flatiron Building, is situated on a triangular parcel of land in Toronto's St. Lawrence Market District. The five-storey building assumes a wedge-like shape and was constructed in 1891 to the designs of architect David Roberts Jr. 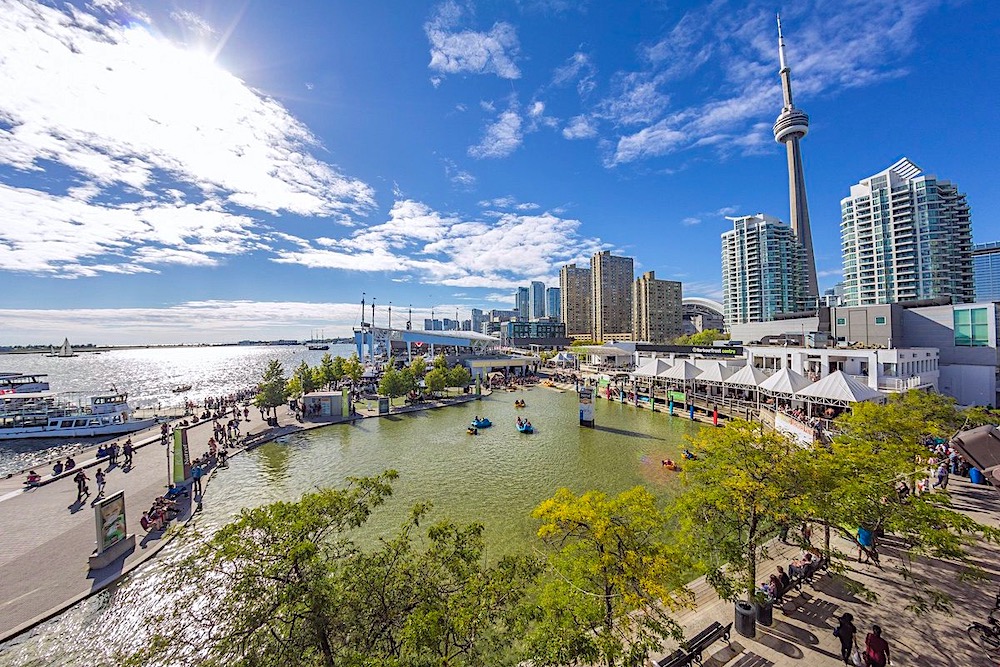 The Harbourfront Centre is a year-round facility featuring concerts, dance performances, author readings, films and kids' shows every weekend and many weeknights throughout the year. Harbourfront Centre has several major venues for music, dance and cultural events, in and around two major multi-use buildings. The Queens Quay Terminal houses a wide variety of shops and services. The York Quay Centre houses an art gallery, installations, the Lakeside Terrace, a patio and an information booth. 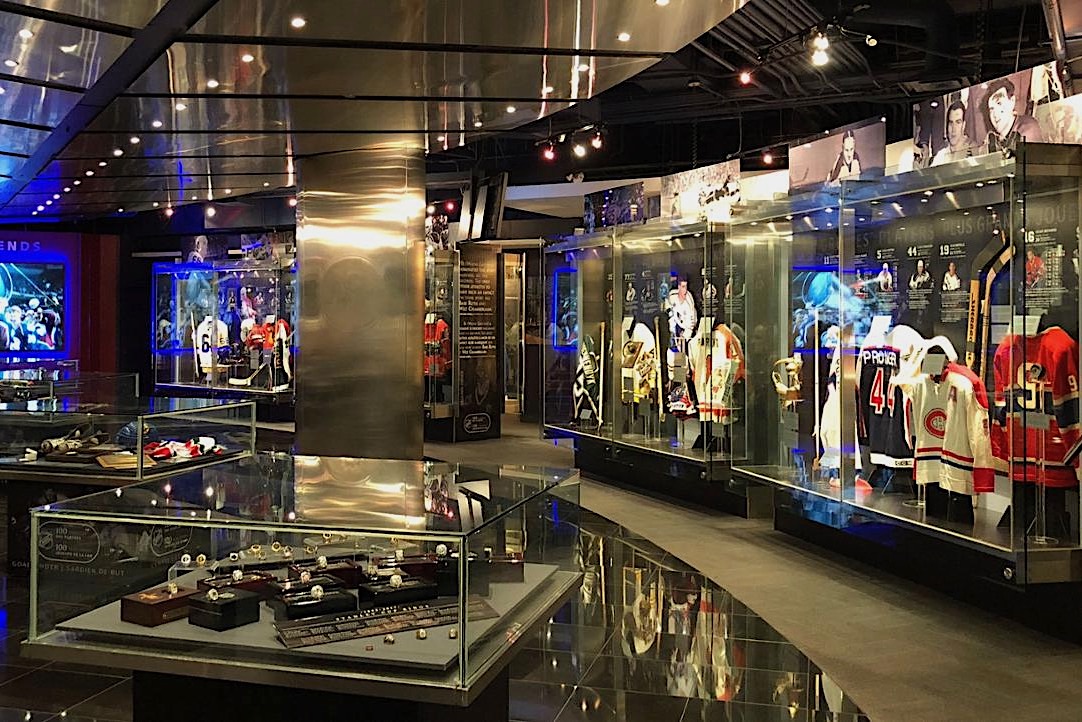 The Hockey Hall of Fame is an ice hockey museum located dedicated to the history of ice hockey and a hall of fame. It holds exhibits about players, teams, National Hockey League records, memorabilia and NHL trophies, including the Stanley Cup. 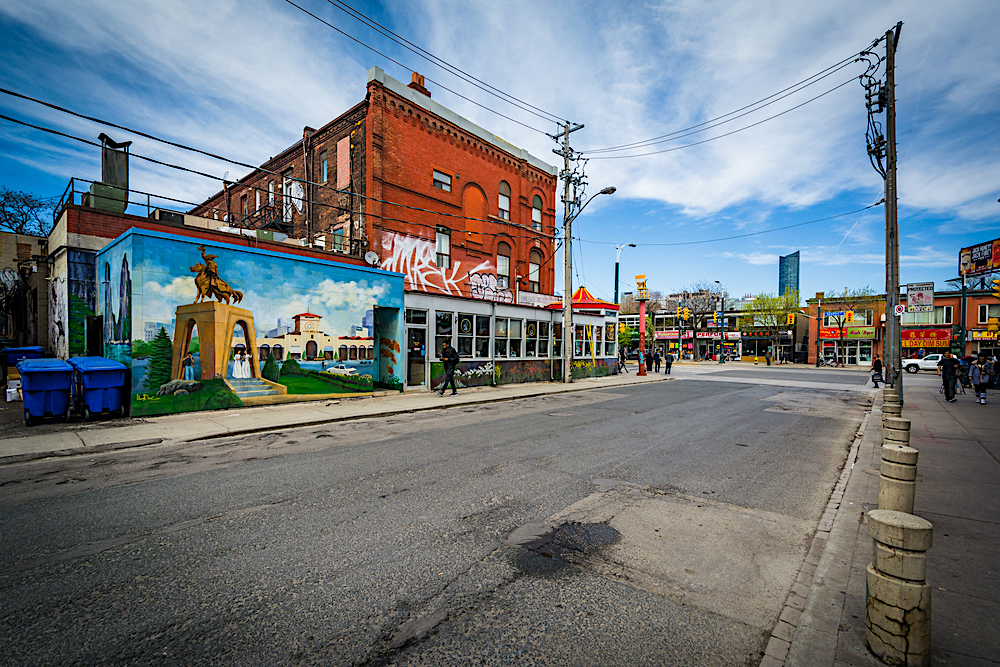 Kensington Market is a walkable bohemian neighbourhood that draws artists and tourists to its indie shops, vintage boutiques and arts spaces. The Market is also home to a wide array of specialty grocers, bakeries and cheese shops. Hipsters frequent trendy bars, cafes and international restaurants that range from casual to fine dining. Students and families populate Victorian houses along tree-lined streets. 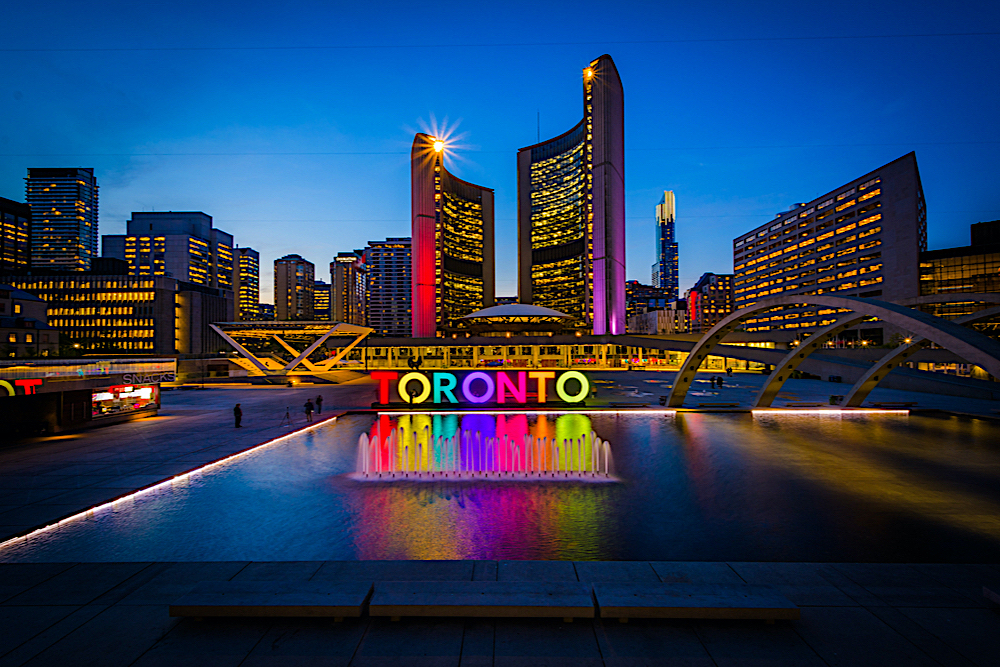 Nathan Phillips Square is a vibrant, active space in the heart of the City. Every year, over 1.5 million visitors attend a variety of community and special events hosted at the Square, such as the Cavalcade of Lights, New Year’s Celebrations, Remembrance Day Celebrations, concerts and more. 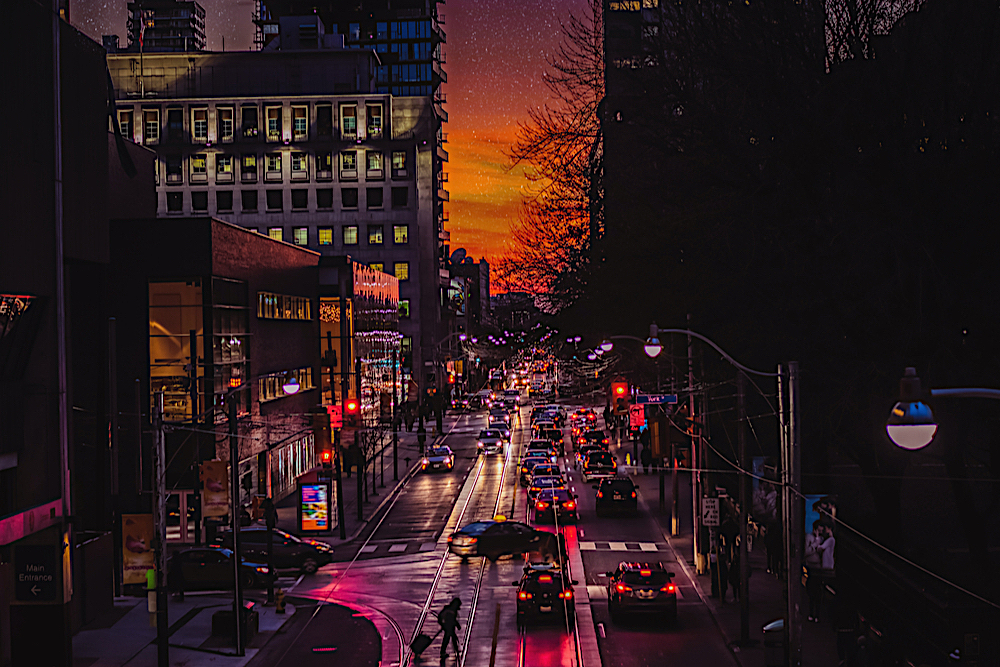 Queen Street West, between Barthurst and Dufferin, is considered by many to be the coolest street in Toronto. It is located in a neighbourhood filled with local designer boutiques, third wave coffee shops, art galleries and museums. 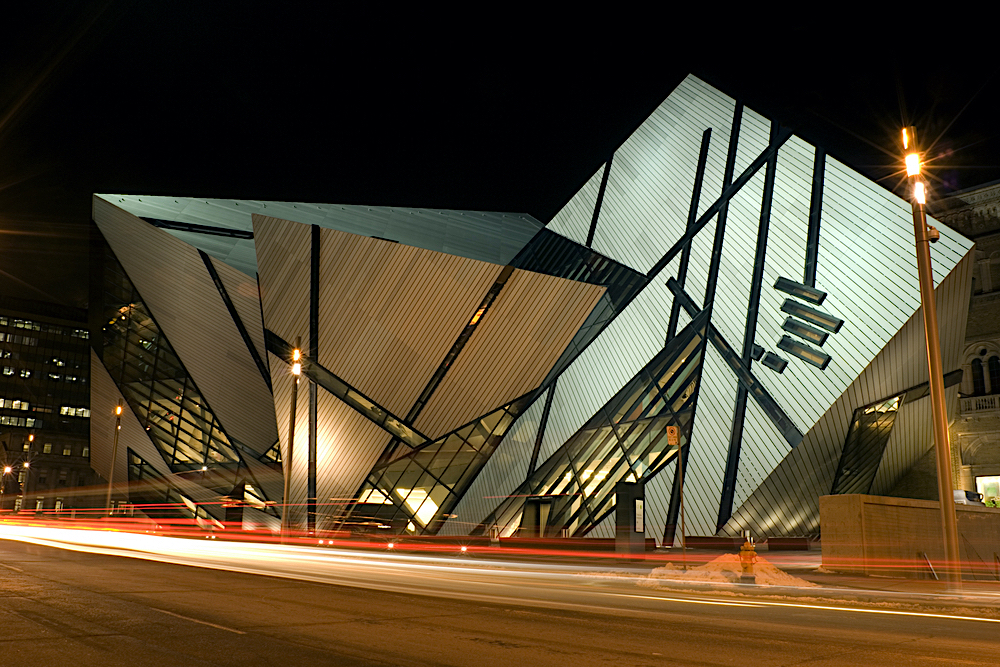 The Royal Ontario Museum is a museum of art, world culture and natural history. It is one of the largest museums in North America and the largest in Canada. It attracts more than one million visitors every year, making the ROM the most-visited museum in Canada. 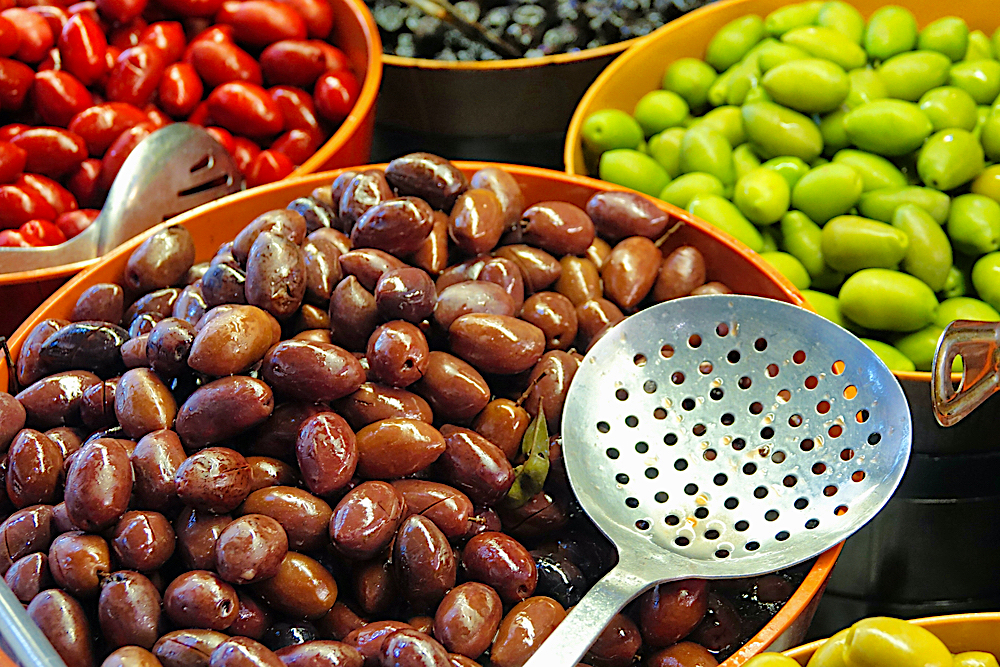 Since 1803, the St. Lawrence Market has been the community’s beating heart and culinary focal point of the city of Toronto. It’s the living symbol and anchor of the neighbourhood and for the families who live there. It’s a place to connect, to share stories and of course, to taste and to discover great food. 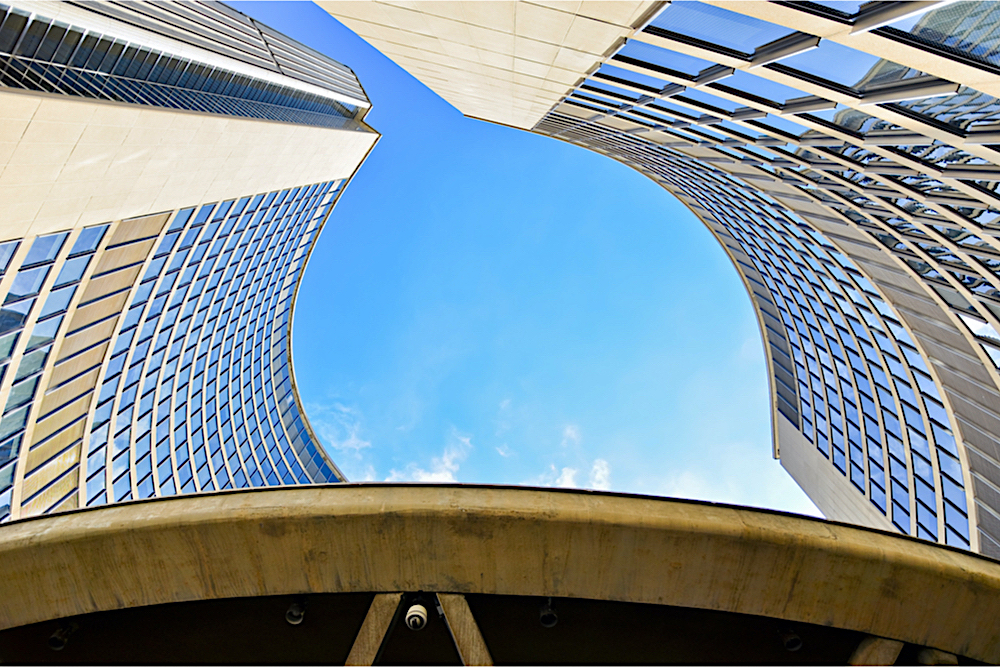 The Toronto City Hall, or New City Hall, is the seat of the municipal government of Toronto, Ontario, Canada, and one of the city's most distinctive landmarks. Designed by Finnish architect Viljo Revell and landscape architect Richard Strong, and engineered by Hannskarl Bandel, the building opened in 1965. 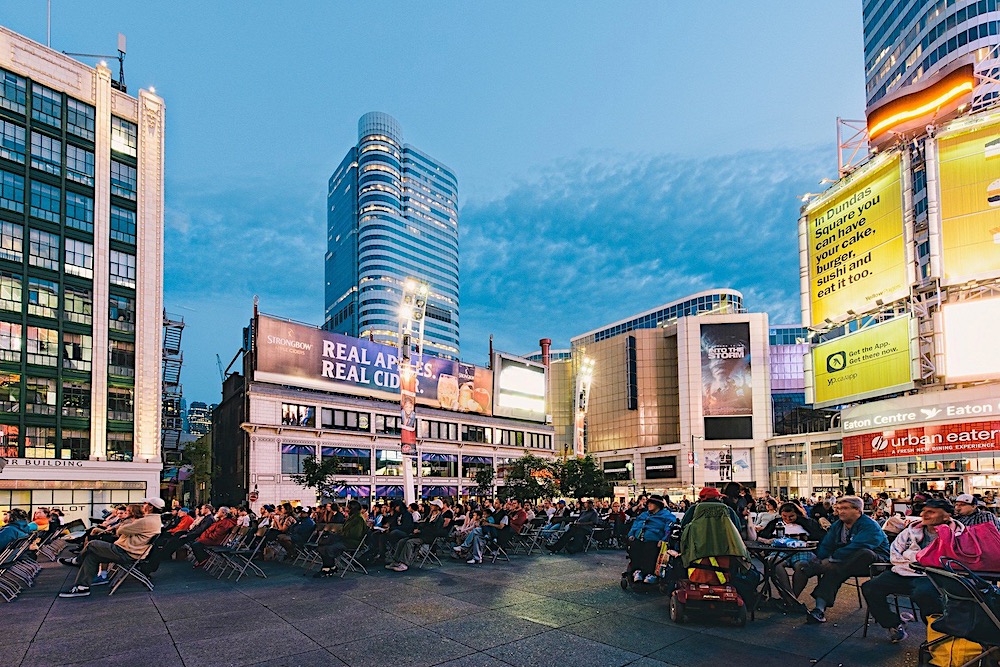 Yonge-Dundas Square is a unique focal point of the downtown Toronto community. The Square is designated for use as a public open space and as an event venue that can accommodate events of various sizes. You'll discover a wide range of activities on the Square: community celebrations, theatrical events, concerts, receptions, promotions – events that appeal to residents and tourists alike and provide a showcase for local businesses. 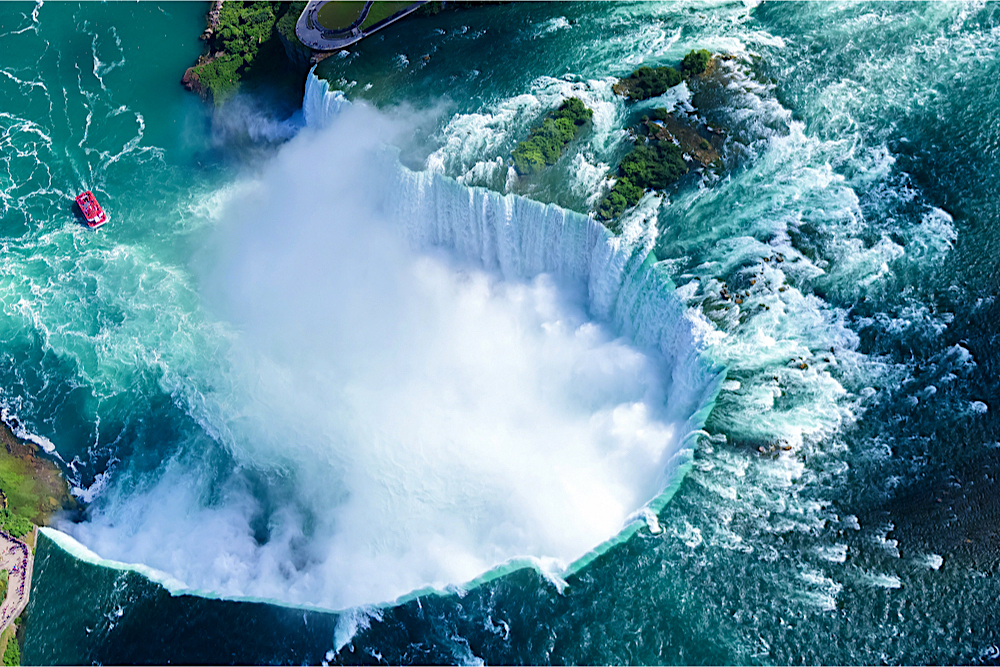 Niagara Falls is a group of three waterfalls at the southern end of Niagara Gorge, spanning the border between the US state of New York and the Canadian province of Ontario. The largest of the three is Horseshoe Falls, also known as Canadian Falls, which straddles the international border between Canada and the United States. The smaller American Falls and Bridal Veil Falls lie entirely within the United States. 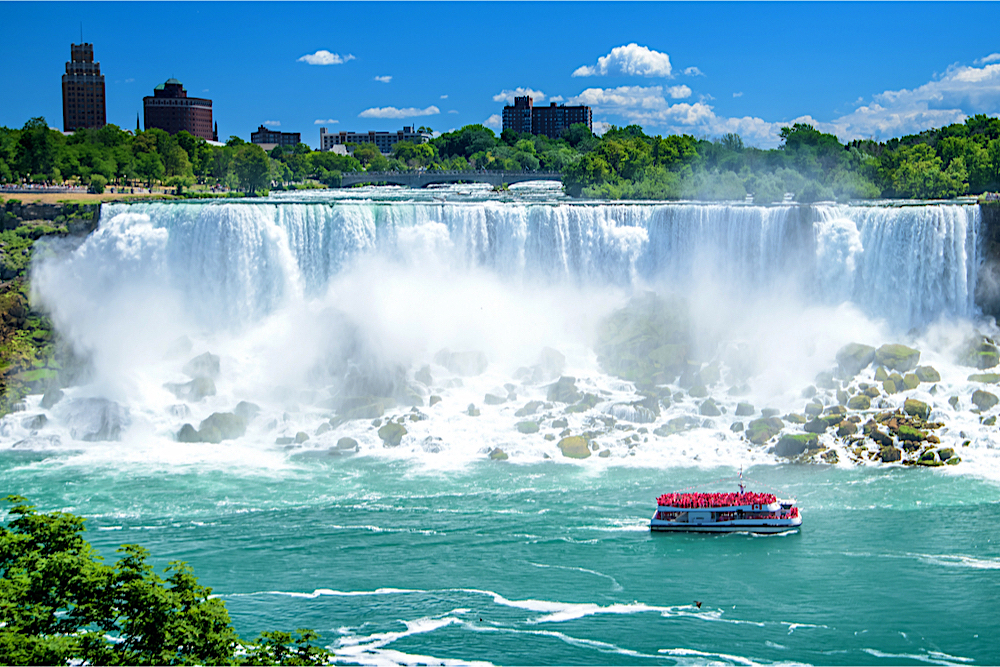 Located on the Niagara River, which drains Lake Erie into Lake Ontario, the combined falls have the highest flow rate of any waterfall in North America that has a vertical drop of more than 50 metres (160 ft). During peak daytime tourist hours, more than 168,000 m3 (six million cubic feet) of water goes over the crest of the falls every minute. Horseshoe Falls is the most powerful waterfall in North America, as measured by flow rate.

TIME TO VISIT: The fall months, from September through November, is a great time to visit Canada. The weather has cooled down but is still comfortable, the summer crowds have left, prices drop, and changing fall foliage provides a beautiful backdrop for a vacation. 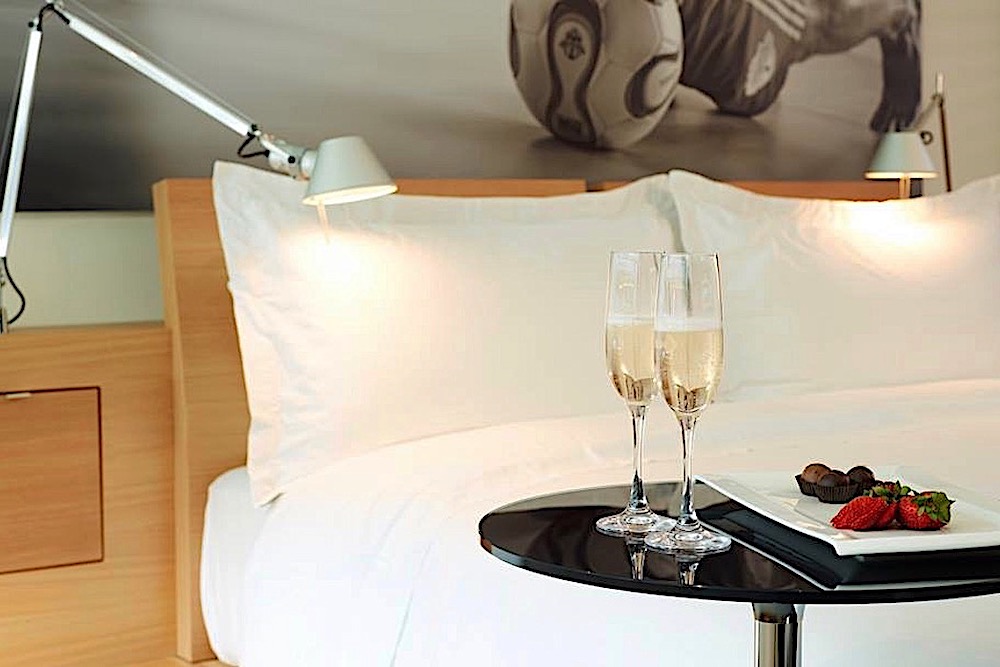 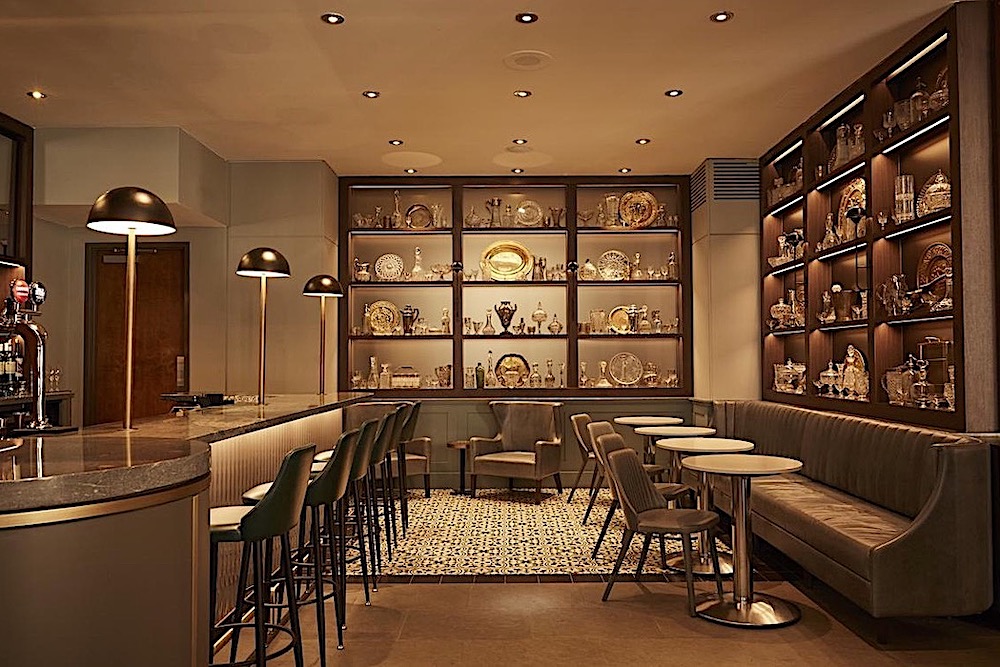 Located in downtown Toronto and in close proximity to Billy Bishop Toronto City Airport, Le Germain Hotel Toronto Mercer is at the heart of the entertainment district. A veritable urban oasis, you’ll enjoy a most comfortable and relaxing stay. 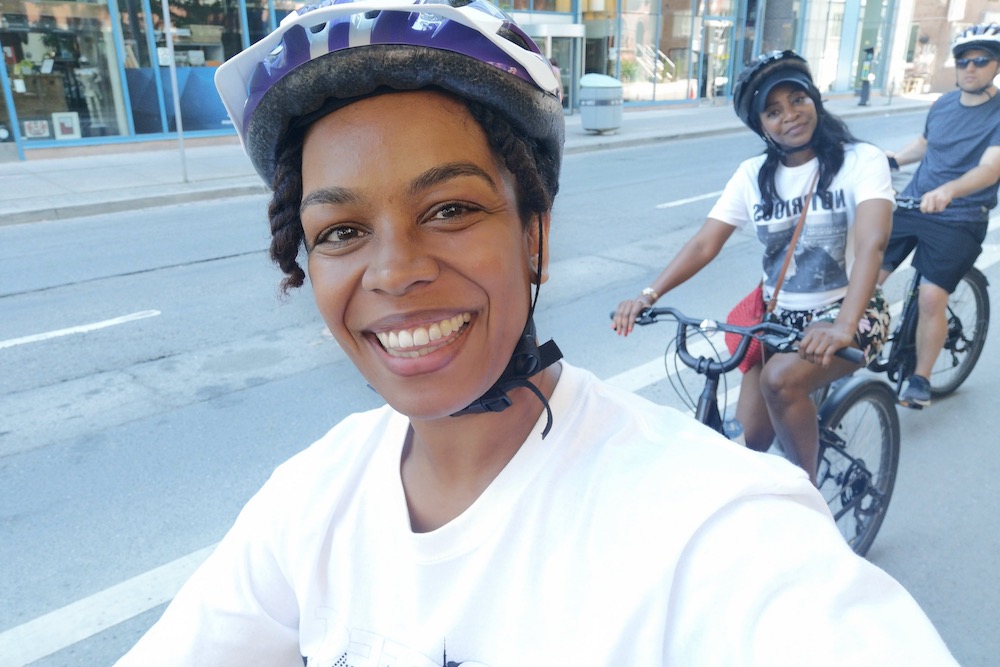 Bikes & Bites Tours was created to give travelers the local, off the beaten path experience by bike. Experience the Toronto's eclectic charms and hidden gems on their signature Bikes & Bites Toronto Bike Tour.

PLAY AT BREAK OUT WINE TOURS 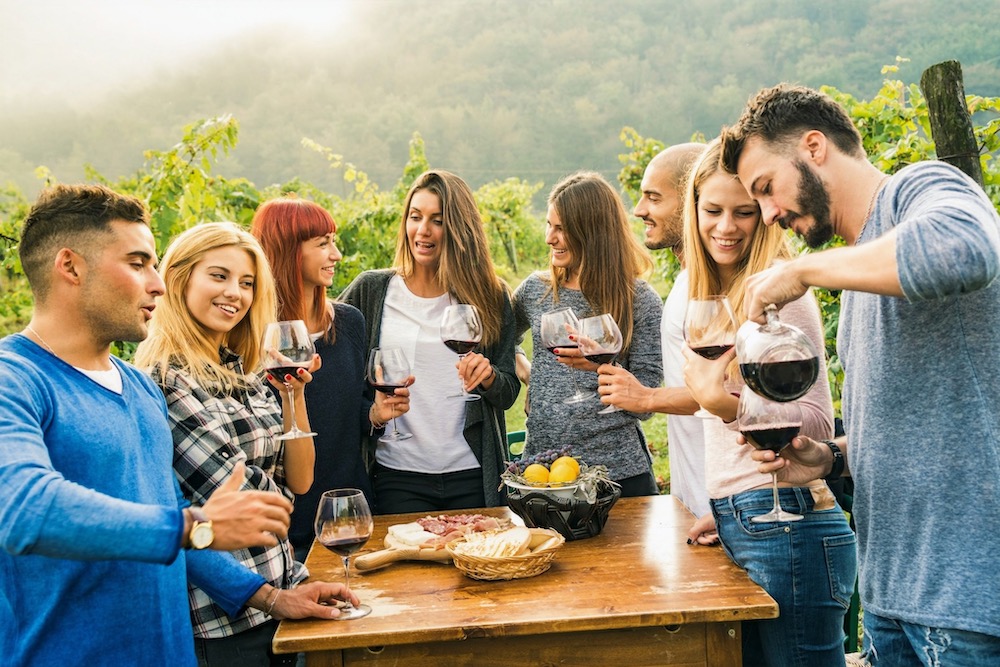 This is your first step to a wonderful adventure in beautiful Niagara Wine Country. Break Out Wine Tours is run and owned by wine lovers. Take the time to customize your tour, or have their professional Sommelier suggest the most desirable vineyards in the region. Break Out Wine Tours offers a boutique-style experience you will never forget. 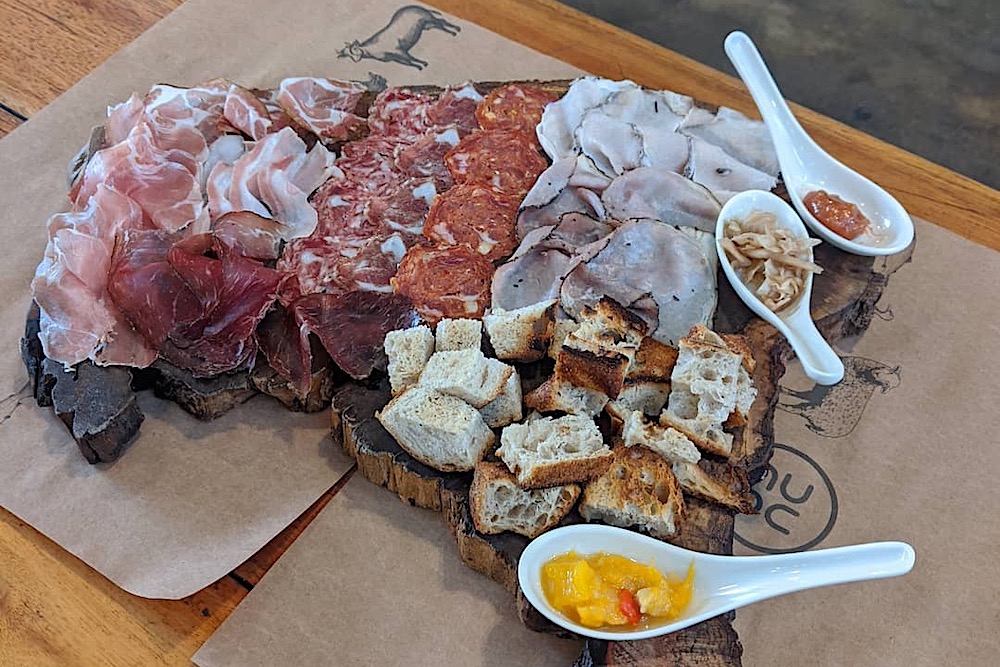 Chopsticks + Forks are passionate about Toronto, Food & Culinary Adventure and love telling the unique stories of their global community. Bite into a one-of-a-kind tasting experience that are led by their expert guides to uncover Toronto’s rich culinary diversity. Let them save you time planning your trip by letting their local experts take you to the best eats their city has to offer. 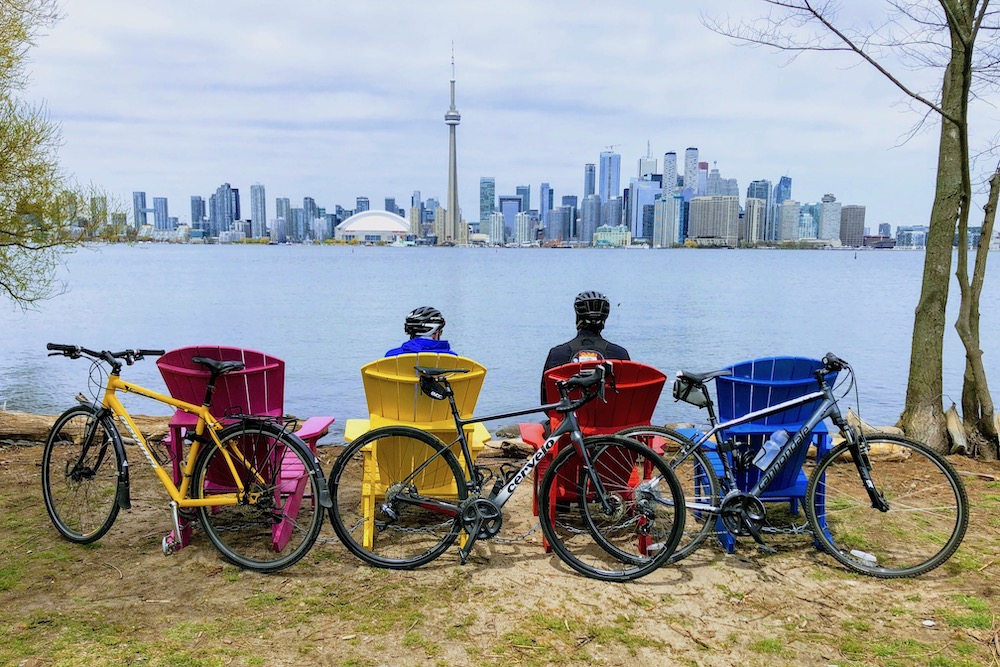 Discover Toronto and it's diverse neighbourhoods with Pedal Toronto. Pedal Toronto have been busy cycling around Toronto with family, friends and visitors and their tours have been developed in response in what they have learned on these early rides. 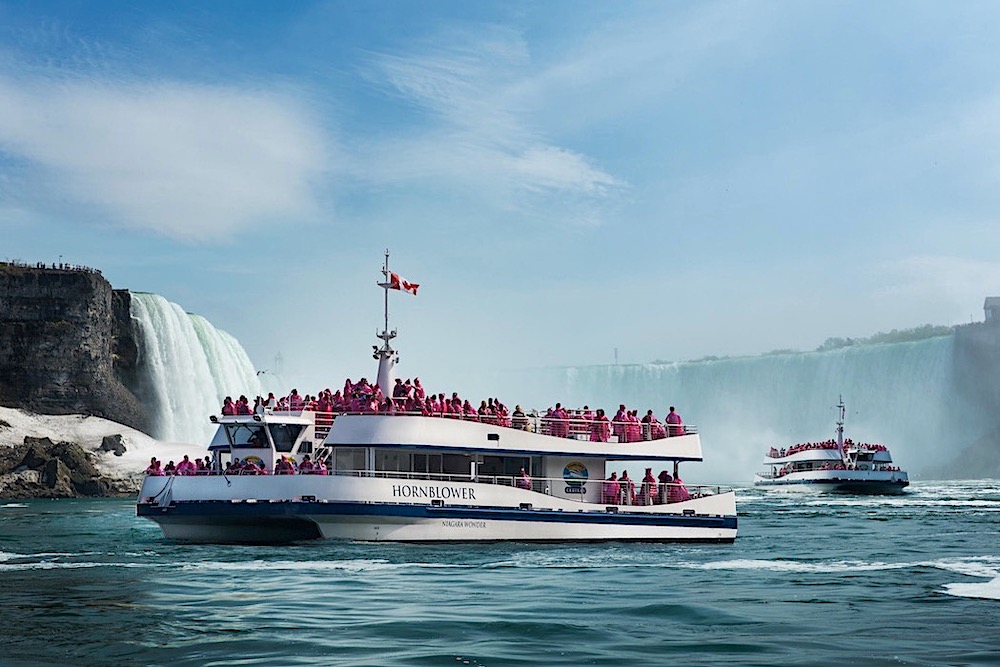 Daily small-group tours of Niagara Falls from Toronto, Mississauga and Pearson Airport. This is one of Toronto’s highest rated tours on every major review site. Depart early in the morning to avoid wasting time in traffic. Arrive in Niagara Falls before the huge crowds and return to Toronto early to enjoy an entire evening in the city. 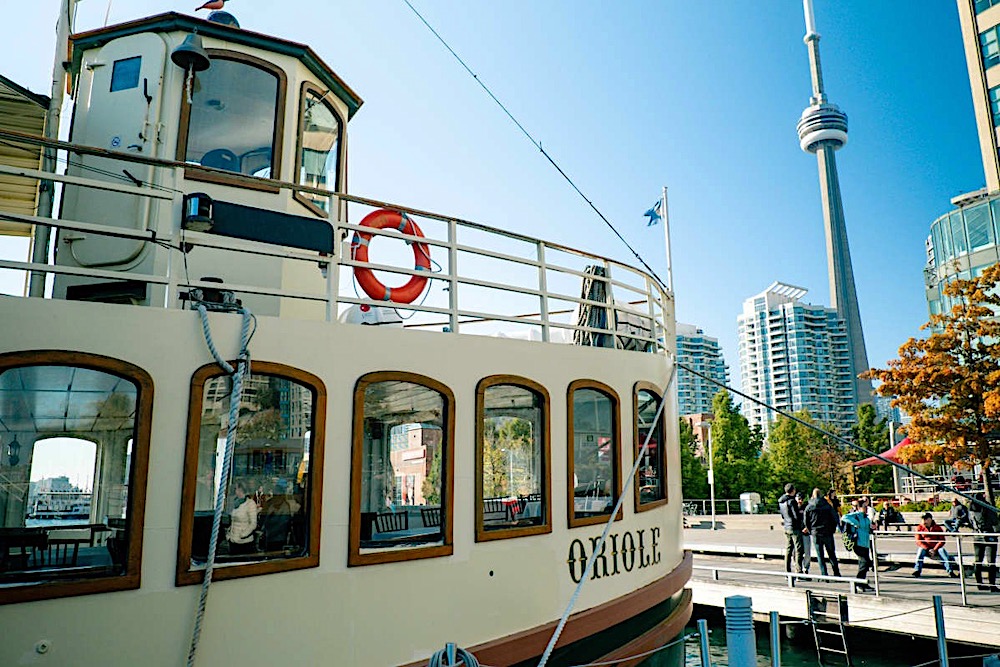 Founded in Niagara Falls, Canada in 2006, See Sight Tours offers a wealth of experience delivering uniquely intimate and immersive tour experiences. Their tour guides take pride in their personal expertise in showcasing the hidden beauty of the local areas where they operate and are determined to create lasting impressions on their guests from around the world. 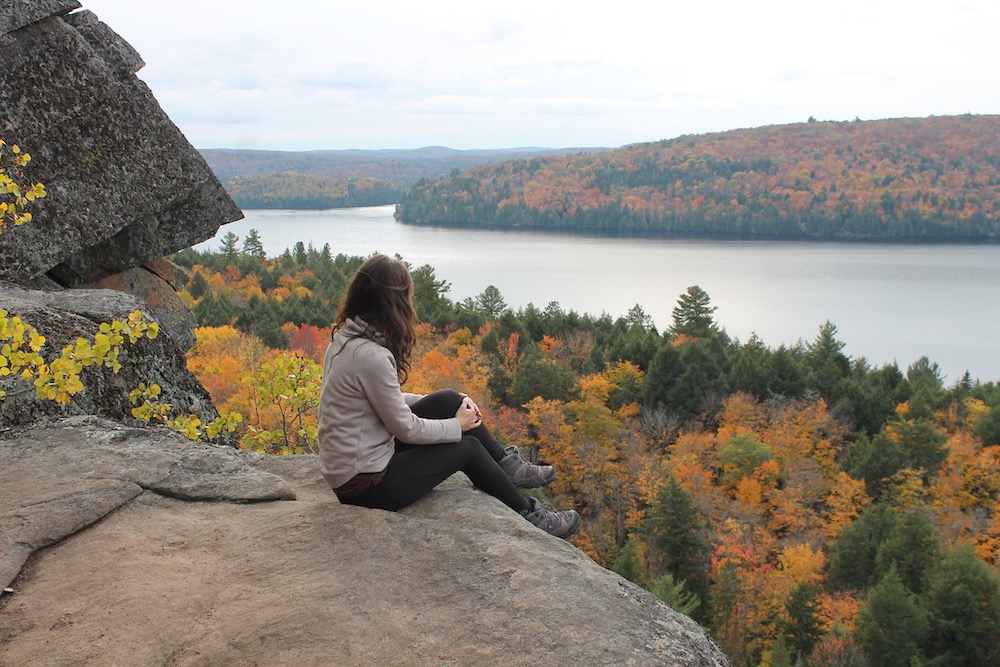 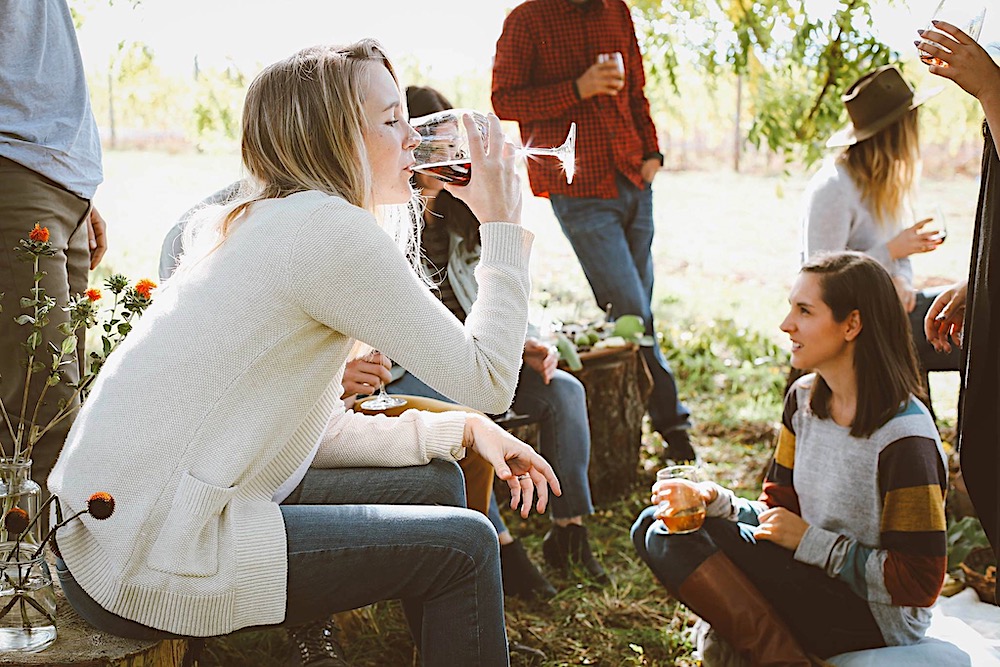 Winery Guys Tours are a family-owned and operated business that have been servicing the Niagara Region for the last 33 years. Their #1 goal is to give you the best and safest wine tour experience possible. They are dedicated to ethical business practices and giving back to the community as much as they can!

CLICK ON THE EXPERIENCES ABOVE FOR MORE DETAILS, IMAGES & DIRECTIONS AND TO BOOK DIRECTLY AT THE BEST PRICE