Experience the many treasures of Taiwan (part 1)

Travel from the capital, Taipei, to Chiayi

Taiwan, or Formosa as it used to be called, is an island about 160 kilometers off the southeast coast of Mainland China, between Japan and Philippines on a line running north-southwest. It is approximately 36,000 square kilometers in size, about the same size as Holland, and a little larger than Massachusetts and Connecticut States combined. Three quarters of the land area is mountainous, much of it too steep to be cultivated easily. There are more than 200 peaks over 3,000 meters in altitude. The highest of them, Jade Mountain reaches 3,952 meters. 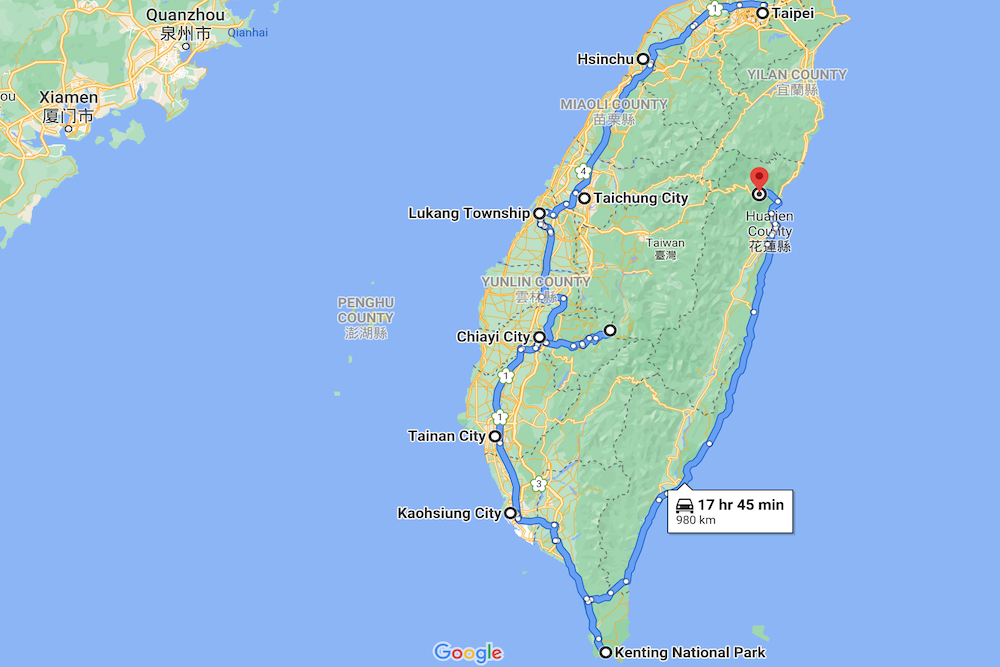 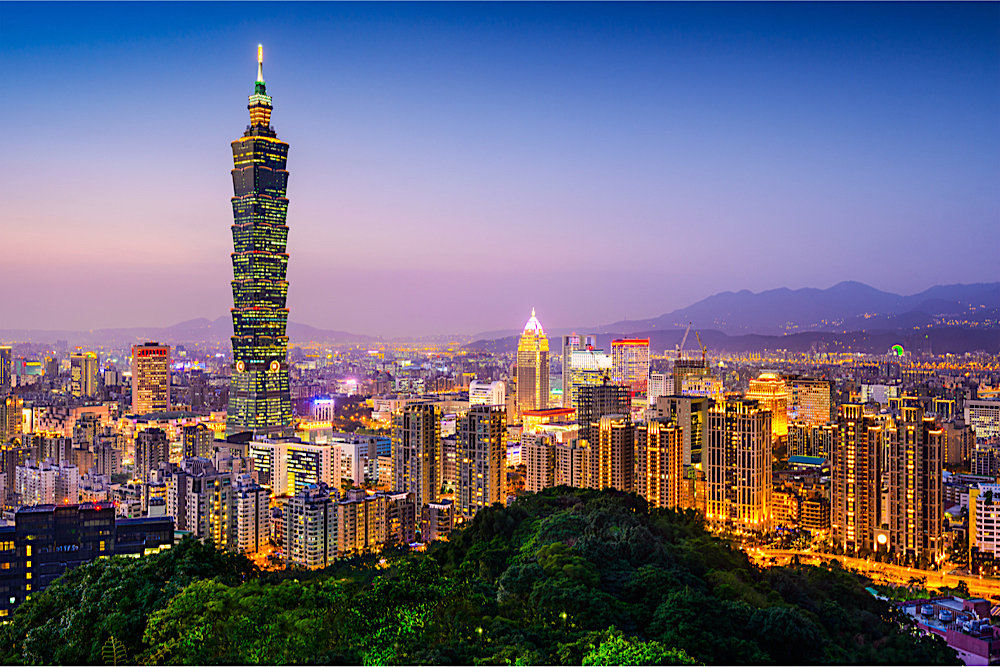 Taipei, the capital of Taiwan, is a modern metropolis with Japanese colonial lanes, busy shopping streets and contemporary buildings. The skyline is crowned by the 509m-tall, bamboo-shaped Taipei 101 skyscraper, with upscale shops at the base and a rapid elevator to an observatory near the top. Taipei is also known for its lively street-food scene and many night markets, including expansive Shilin market. 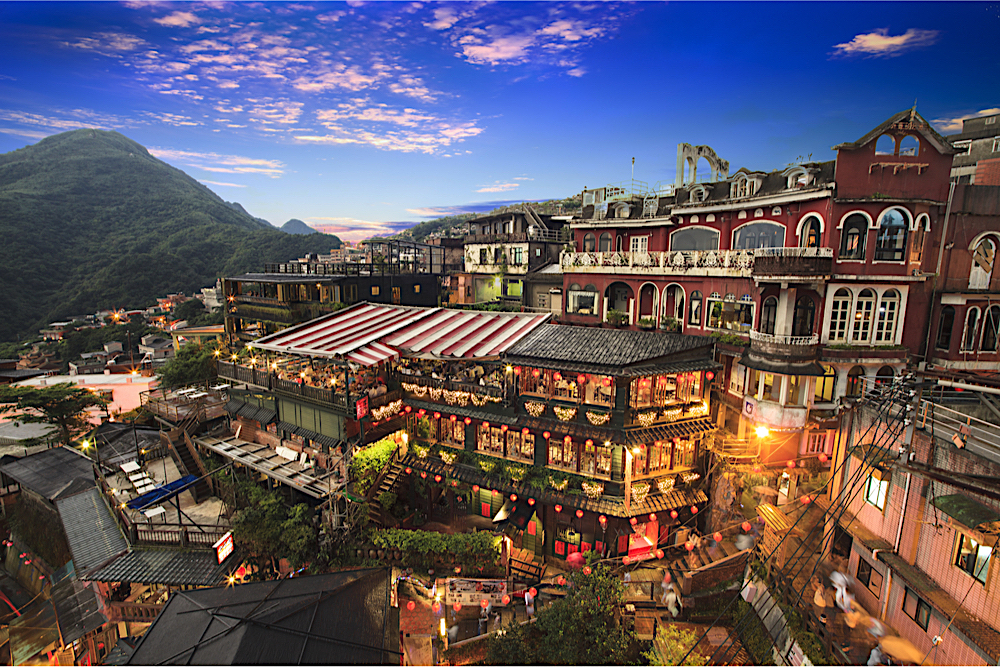 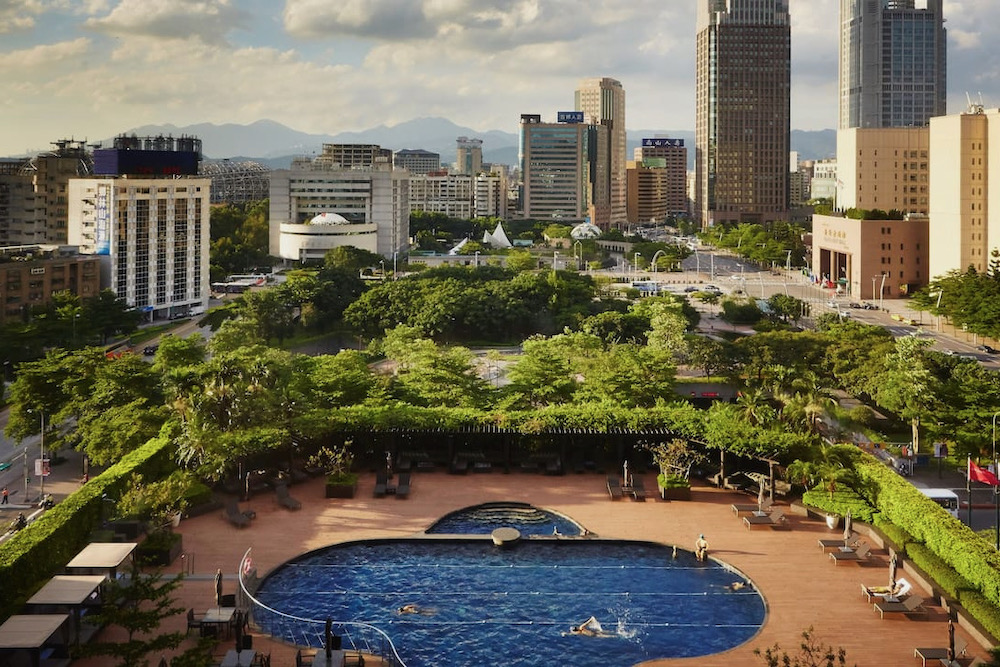 Located right next to the world famous landmark Taipei 101 with a connecting bridge, Grand Hyatt Taipei is directly adjacent to Taipei World Trade Center and Taipei International Convention Center as a part of the World Trade Center complex in the Xinyi District, the most cosmopolitan and wealthiest district of Taipei. The area, Xinyi District, is dotted with upscale eateries, shopping arcades, entertainment complexes as well as night markets, making it a popular tourist destination. Two MRT/Subway stations and over 30 bus routes near the hotel provide guests with easy access to the city’s most scenic spots. 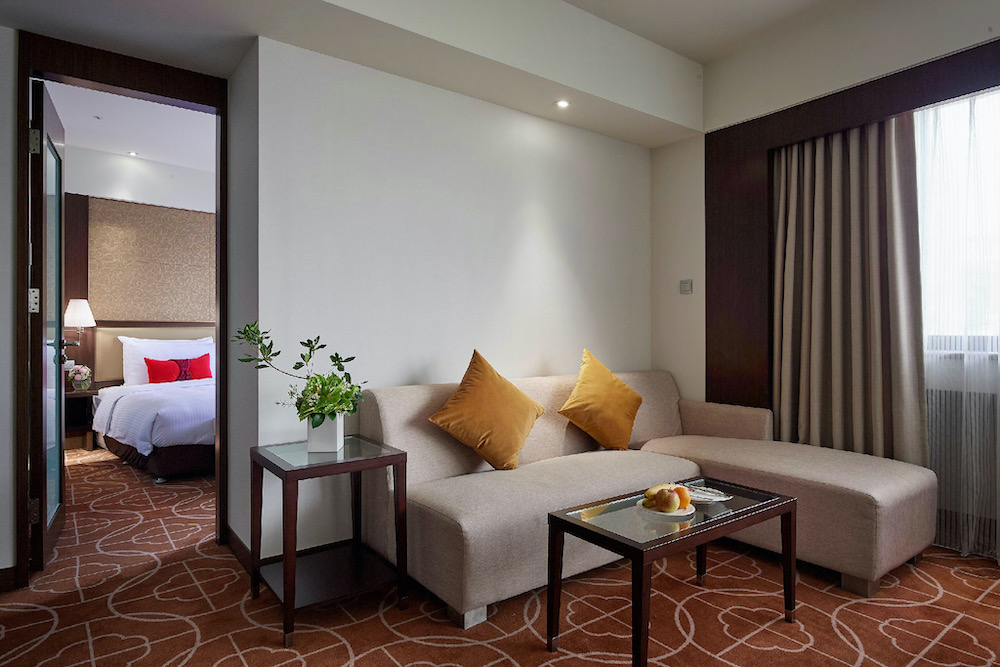 Ideally located in the center of Taipei, set at Dunhua tree-lined boulevard, Sunworld Dynasty Hotel Taipei features 730 guest rooms and suites. The exclusive express check-in and check-out service, 24-hour lounge access and separated dining area are provided for Executive Rooms. Sunworld Dynasty Hotel Taipei is conveniently connected to the major transportation stations and landmarks in Taipei. MRT Nanjing Fuxing Station and Taipei Arena are both within a walking distance of the property. 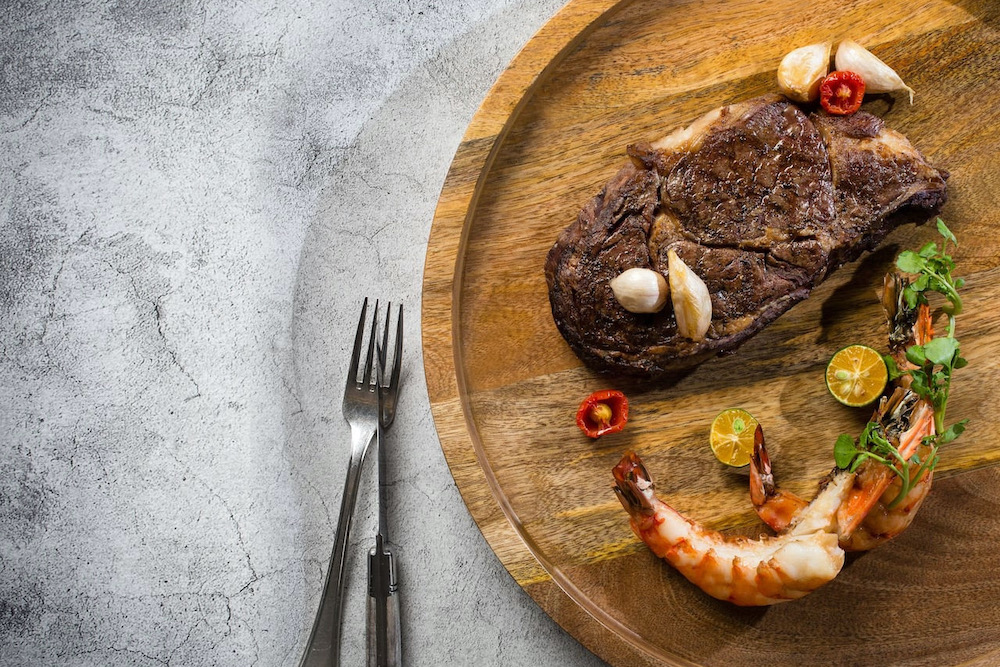 Bel Air - Bar and Grill, recommended by Michelin Guide Taipei 2019, is renowned for its fine dining and outstanding cuisines for decades with excellent steaks, fresh seafood and exquisite continental cuisines. An elegant and classic setting featuring a marble fountain in the middle bathed in natural light, Bel Air delivers an intimate and unique dining experience for both business and leisure guests. 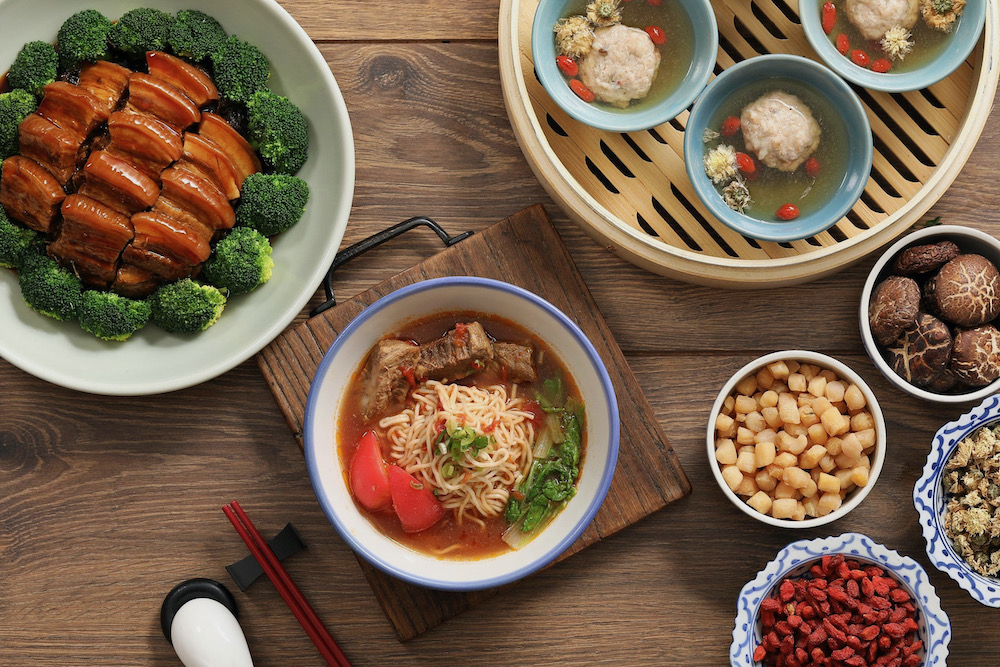 Voted as one of the most popular restaurants in Taipei in numerous polls and reviews, is a contemporary show kitchen style buffet with a wide variety of international cuisine. Featuring ten recognizable food stations including refreshing salads and appetizers, Asian cuisine, western delicacies, Indian fare, Japanese dishes, fresh seafood, homemade bakeries, cheese, desserts, fresh fruit and beverages, Cafe offer its guests “wow” experiences that are both traditional and innovative. 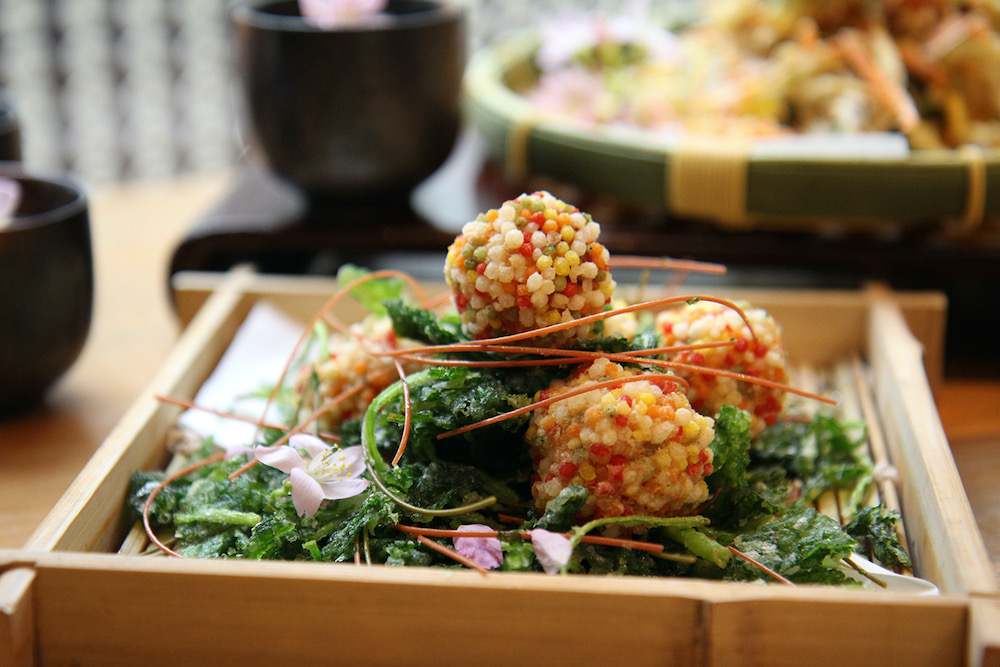 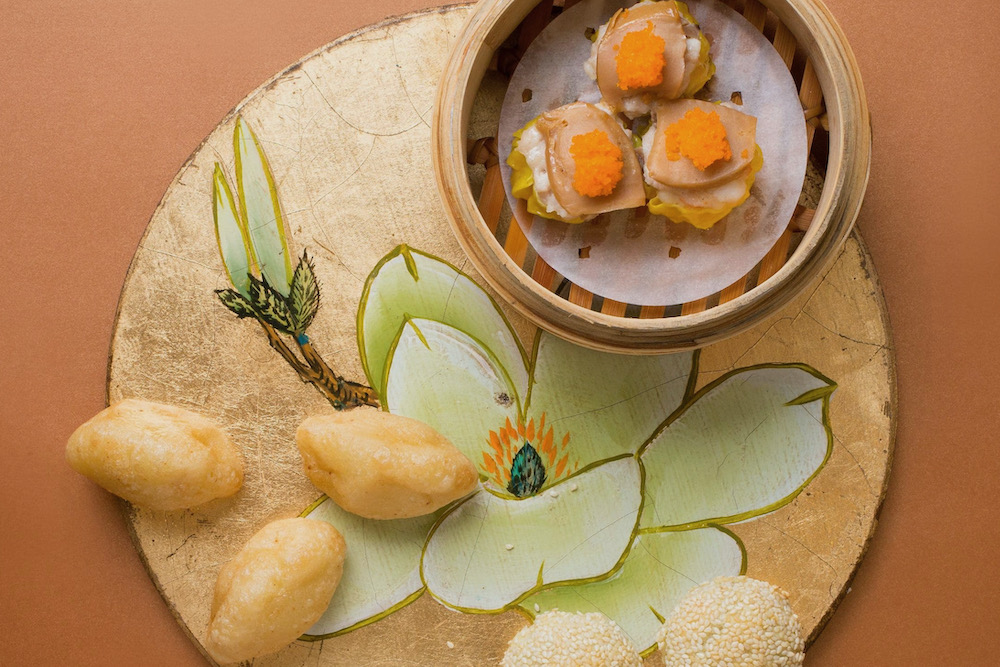 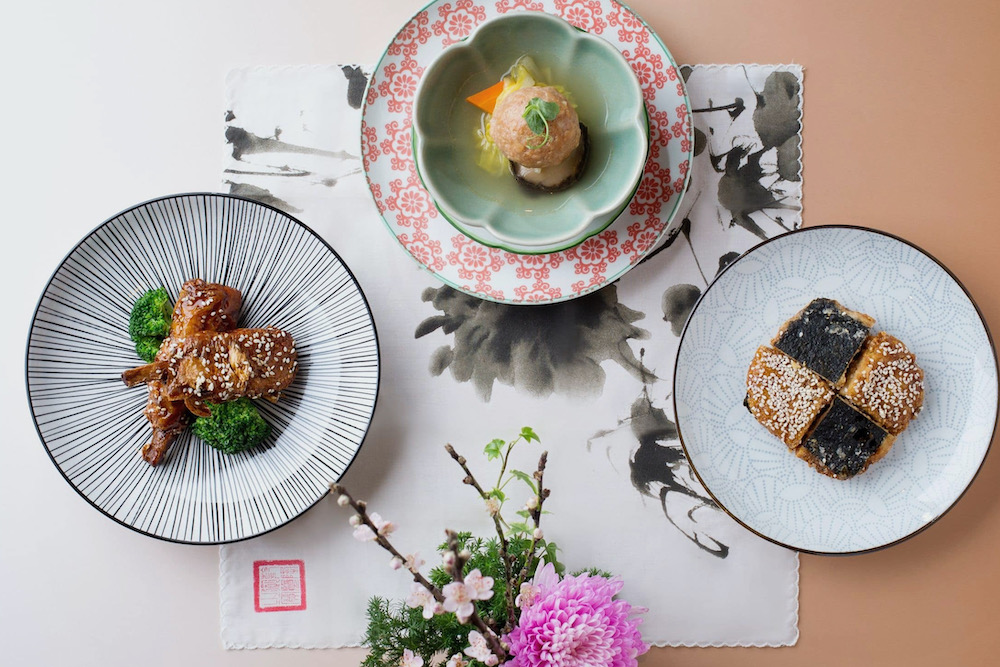 Embark upon an unforgettable culinary journey at Chinese restaurant Yun Jin. Featuring a wide range of amazing delicacies from Beijing, Sichuan, Hunan, Shanghai, Hangzhou and Taiwan with an innovative twist, Yun Jin offers an absolutely divine gastronomic indulgence in a luxurious style. Discover the taste of China with the masterpiece of oriental fine dining. 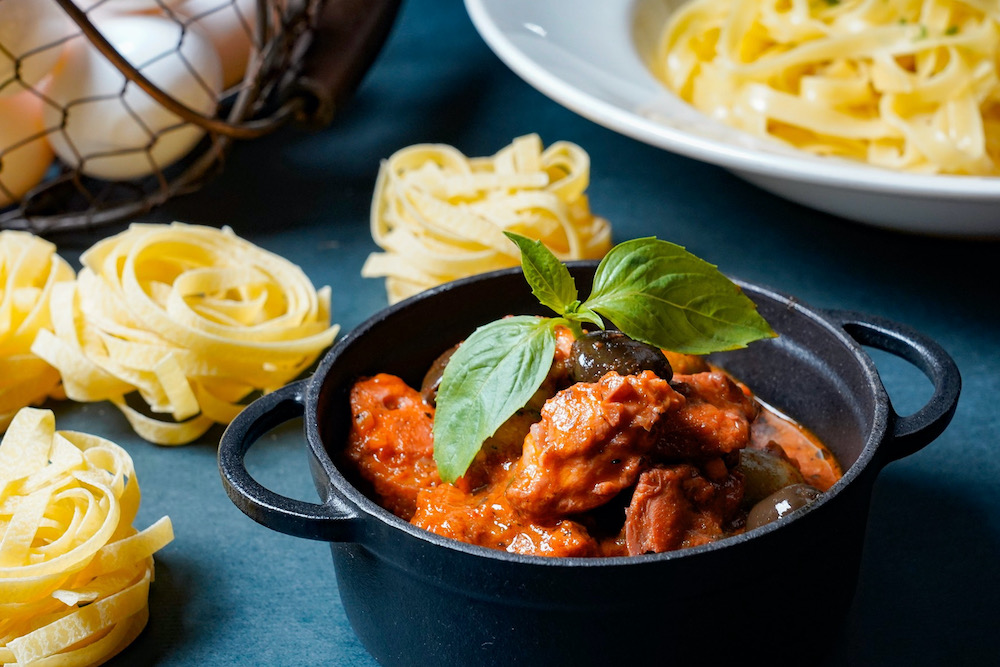 Enjoy a fun and vibrant Italian feast at Ziga Zaga! Featuring a mixture of creative and innovative Italian favorites along with a wide selection of unique beverages and signature drinks in a fun and vibrant ambience, Ziga Zaga offers a unique dining experience for the whole family. 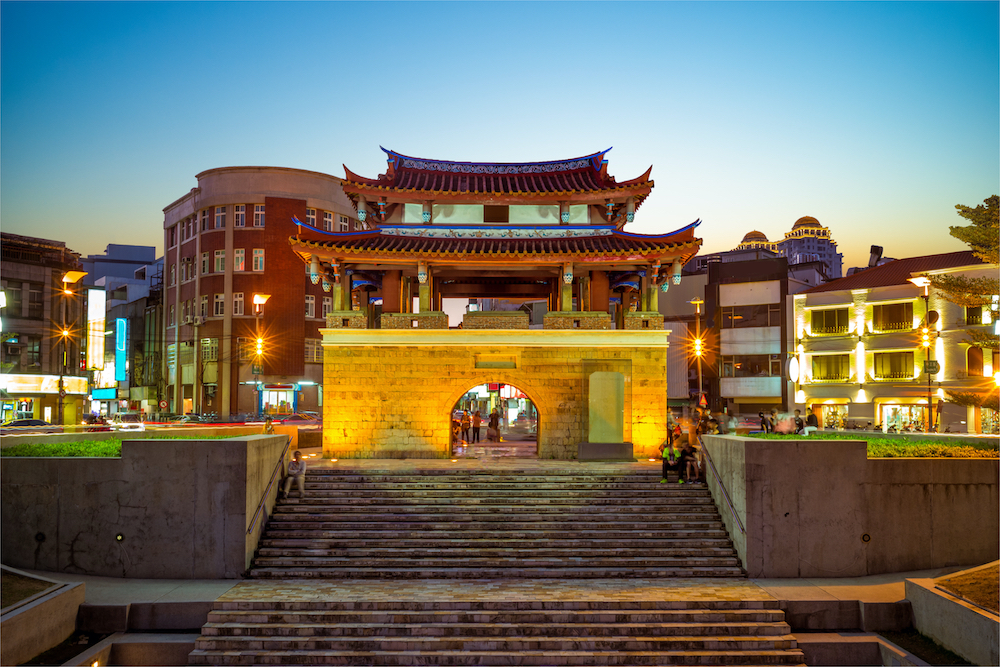 Hsinchu is a city southwest of Taipei. It’s known for its ornate Hsinchu City God (Cheng Huang) Temple, lined with food stalls. Close by is Yin Hsi East Gate, a 19th-century structure once used as an entrance to the city (photo above). 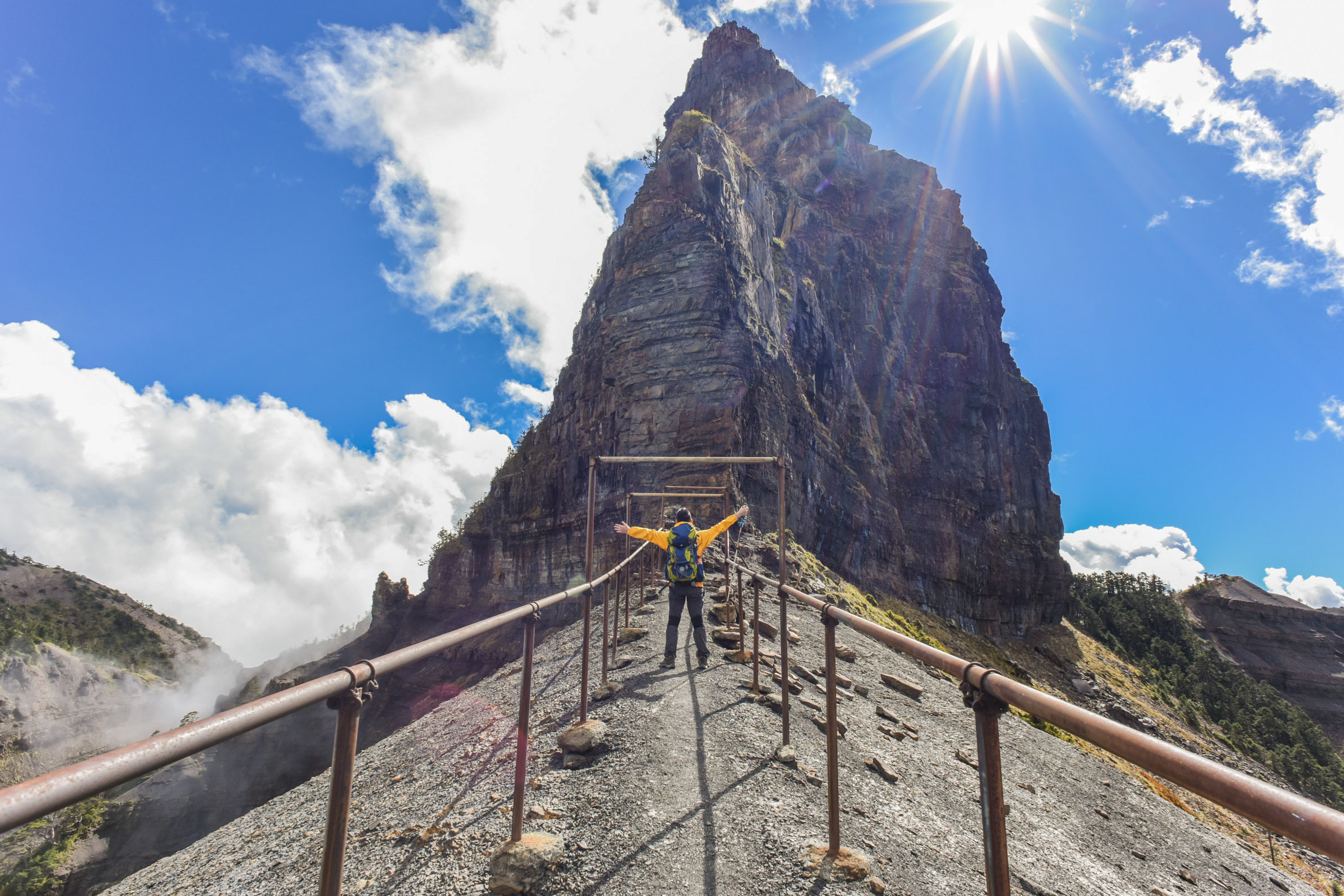 Shei-Pa National Park is 60 km south of Hsinchu City and covers an area of 76,850 hectares on the central Taiwan range, slightly to the north of central Taiwan. This is a region of magnificent mountains: within the park are 51 peaks over 3,000 meters high. It is a mostly wild and undeveloped area with a range of wildlife that includes many rare and endemic species. 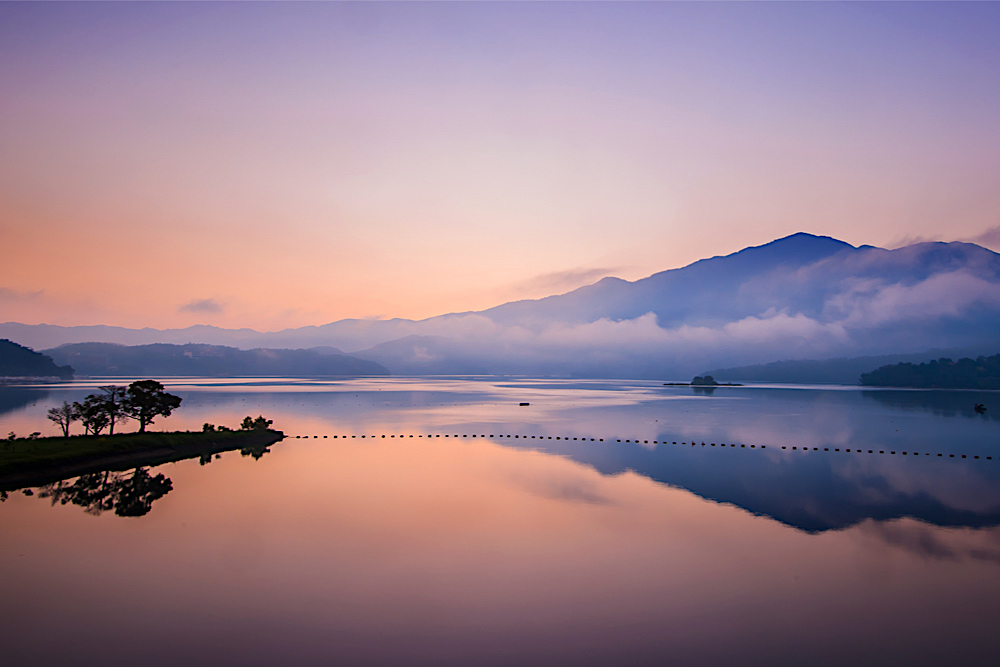 Taichung is an industrial city on the western side of central Taiwan. It’s a gateway for exploring the island’s mountainous interior, including nature areas like Sun Moon Lake, popular for boating and hiking. In the bustling city center are museums, temples and the ornate brick Taichung Station, a legacy of the Japanese colonial period (1895–1945).

Sun Moon Lake is in the foothills of Taiwan’s Central Mountain Range. It’s surrounded by forested peaks and has foot trails. East of the lake, the Formosan Aboriginal Culture Village is a theme park with a section devoted to re-created indigenous villages. Displays here include centuries-old carved lintel pieces, handicrafts and weapons. The Sun Moon Lake Ropeway cable car offers views of the mountains and water. 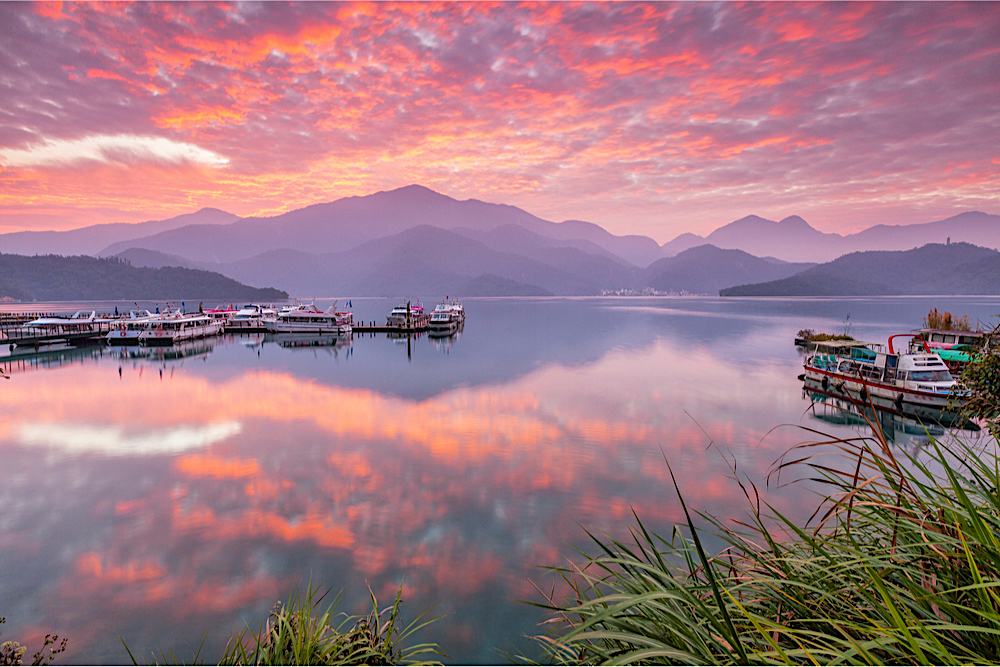 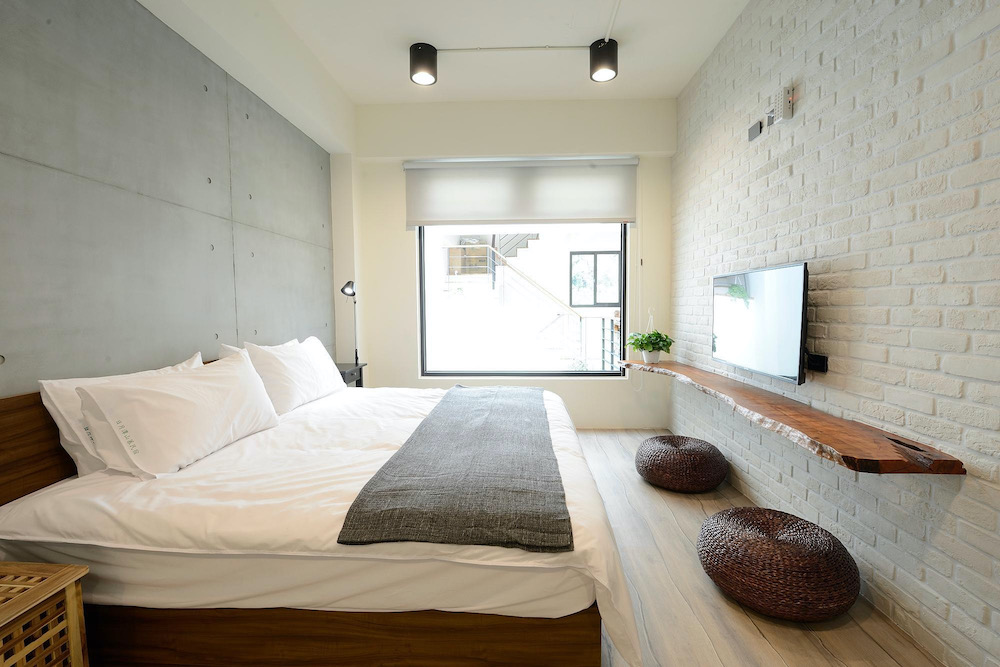 Sun Moon Inn is situated in Yuchi Township and offers free wireless internet. It provides 3-star accommodation with air-conditioned rooms. They offer an express check-in and check-out feature, a concierge and luggage storage. There is also private parking on site for those travelling with a car. 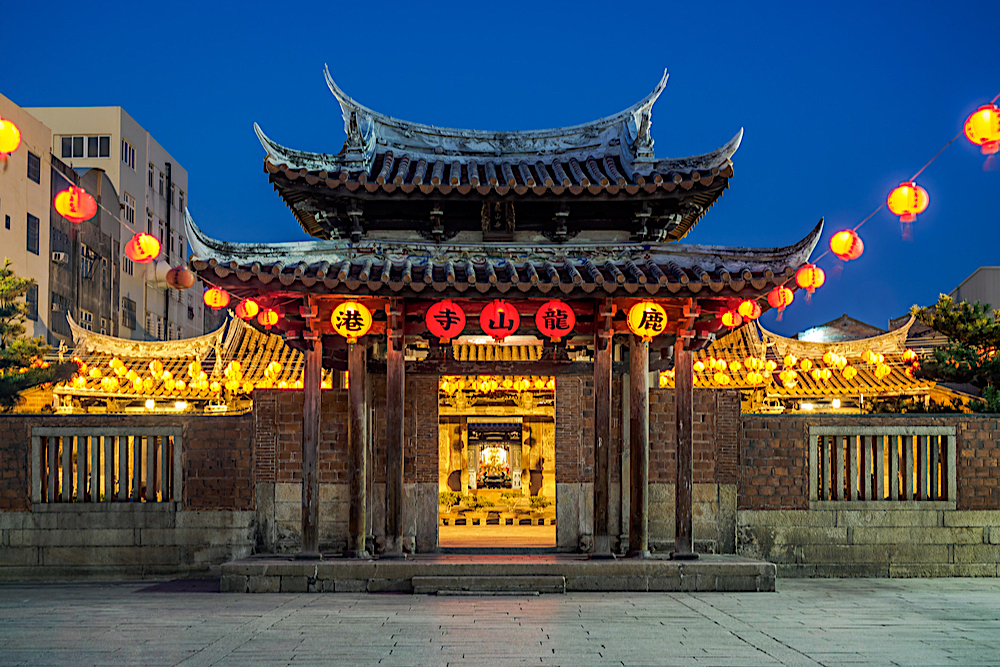 Lukang is a township in Changhua County, on the west coast of Taiwan. The red-brick streets of the Lukang Old Street area are lined with traditional buildings and snack shops. The grand Lukang Longshan Temple features carved dragon poles and garden courtyards. North, the Lukang Tianhou Temple has Qing dynasty inscriptions. Musical instruments, paintings and photography are on display at the Lukang Folk Arts Museum. 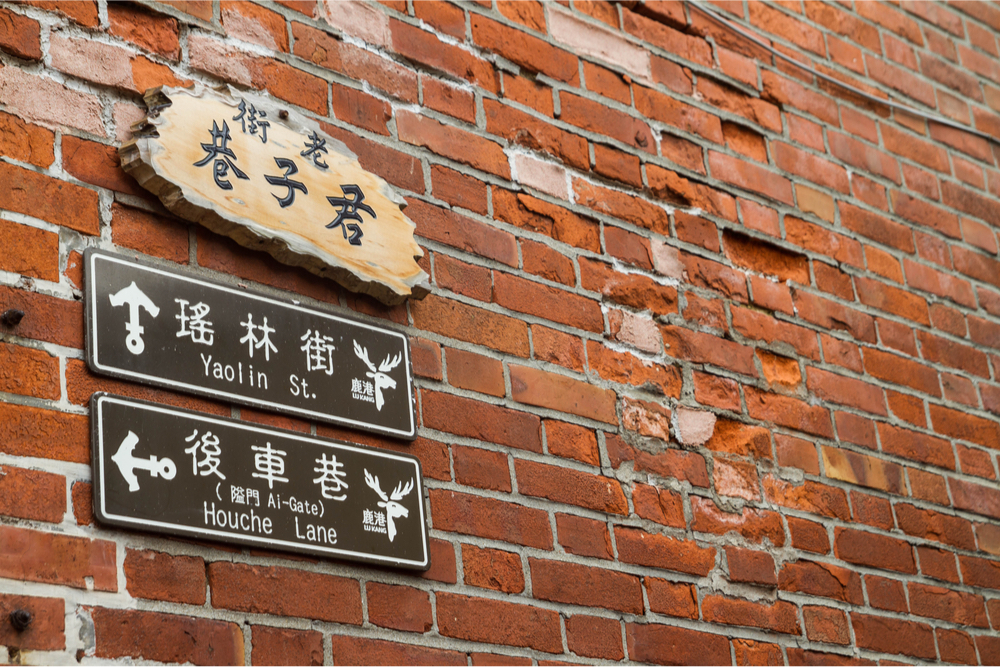 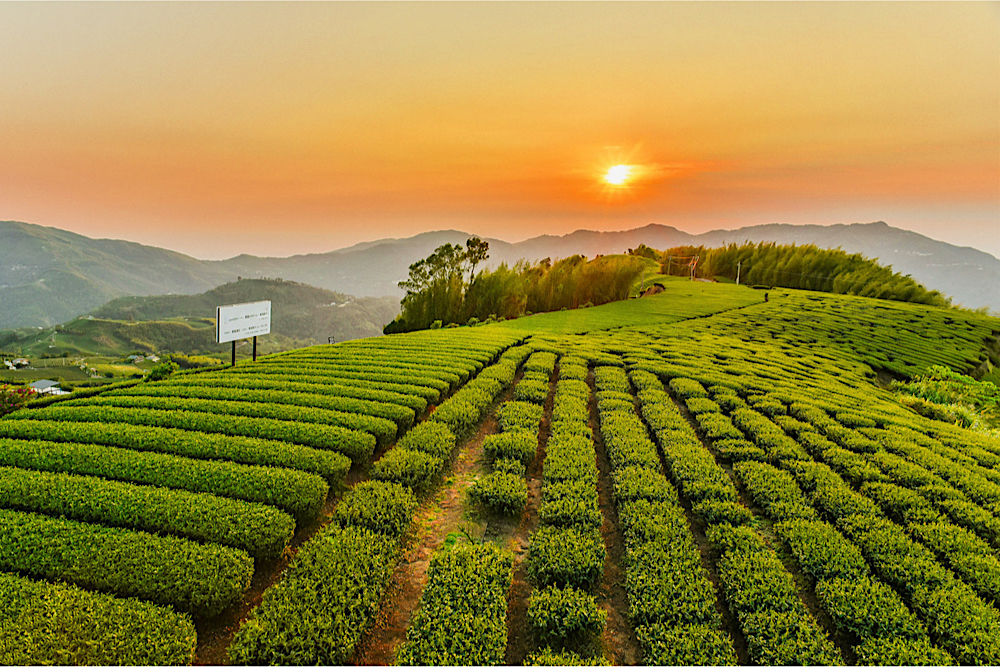 Chiayi, officially known as Chiayi City, is a city located in the plains of southwestern Taiwan. Formerly called Kagee during the late Qing dynasty and Kagi during the Japanese era, its historical name is Tirosen. Chiayi is best known as the access point of the scenic mountain area of Alishan.

Alishan is 415 square kilometres (41,500 ha) in area. Notable characteristics include mountain wilderness, four villages, waterfalls, high altitude tea plantations, the Alishan Forest Railway, and a number of hiking trails. The area is popular with tourists and mountain climbers. Alishan, itself has become one of the major landmarks associated with Taiwan. The area is famous for its production of high mountain tea and wasabi.

WHEN TO GO: September, October, and November are the best months to visit. The summer is ideal for those interested in tropical beaches and island hopping. For culture and nature, visit during the spring. Taipei can also be visited in the winter.

HOW TO GET AROUND: Taiwan has both a High Speed Rail (HSR) and a regular rail link. Train are fast, reliable and cheap. Buses are slower but cheaper than trains and also connect passengers to more destinations than the trains.